When the Eagle landed, inspiration soared

Watching the Apollo 11 moon landing in the summer of ‘69 on a black and white television in Venezuela, 6-year-old Alberto Martinez Magliano was thunderstruck with a love for science.

It was that wondrous event, he says, that spawned a generation of would-be engineers like him. From that point in time, Martinez became a “studious geek” who immersed himself in math and physics when he wasn’t kicking a soccer ball around. 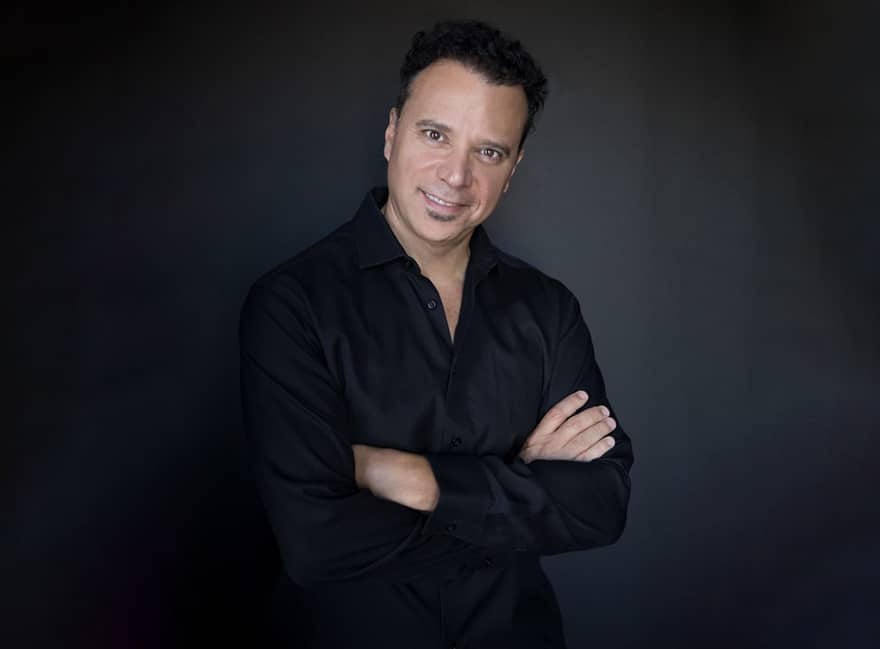 When his mother needed dialysis and he was 15, Martinez learned how to work the medical machines in his home to keep her alive—all while studying to become a biomedical engineer. After five years of study, he realized his dream in 1985, earning his degree in high-speed digital design from the Universidad Simon Bolivar.

Taking a job after school at Epsom Printers—where he managed 200 employees—he continued his master’s studies in biomedical engineering, hoping for a career in research and development. Venezuela’s volatile political environment, however, forced massive layoffs at the factory. He was given a choice: stay in his home country and keep a computer networking job or move to an uncertain future in the U.S.

“I knew finding a job wouldn’t be easy,” remembers Martinez. “But I wanted to take the chance and try to develop technology that would be useful for the world.”

With a letter of recommendation in hand from his former CEO in Venezuela, Martinez moved to the U.S.

He got a job at Epsom America, first in Portland, Oregon, and later in Los Angeles where he continued his studies at UCLA. “I never stopped accumulating credits, I probably have enough for a few master’s degrees, maybe a doctorate,” he jokes. 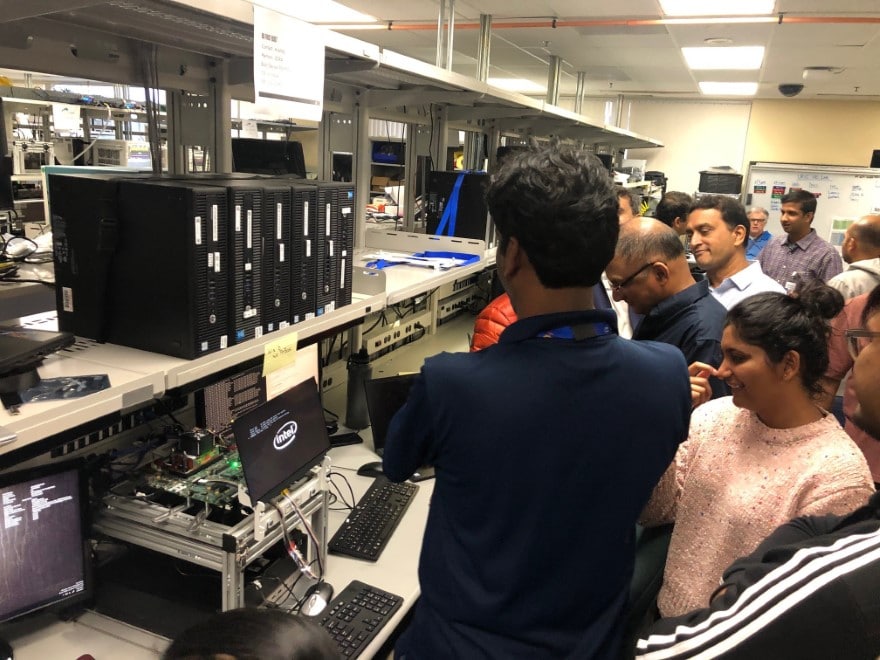 After gaining U.S. residency, he applied to Intel Corp. and started a 26-year career in 1994, first as the chief architect of chipsets in the Soft IP Group, later as a senior principal engineer in 2009 and finally as a fellow in 2015.

His career highlights included taking a lead technical role developing the next generation System-on-a-Chip technology. He also worked on expanding the capabilities of artificial intelligence related to audio and voice. Simultaneous to his day job, he also completed a master’s degree in electrical engineering at California State University, Sacramento in 1999 that focused on digital signal processing and high-speed input and output design for hardware and software known as IO SW/HW.

“It was an amazing time,” says Martinez, who developed the computer architecture, chips and audio system integrated graphics that supported everything from digital cameras to smartphones. “We did it all.”

As a Hispanic engineer, Martinez established a relationship with the Society of Hispanic Professional Engineers, an organization committed to preparing Hispanic students and professionals to become leaders in the STEM field.

In his work as a fellow at Intel—and working with SHPE—he spent five years connecting and consulting with people to increase awareness, education and opportunity for Hispanic engineers. He also provided training with technical talks and more. 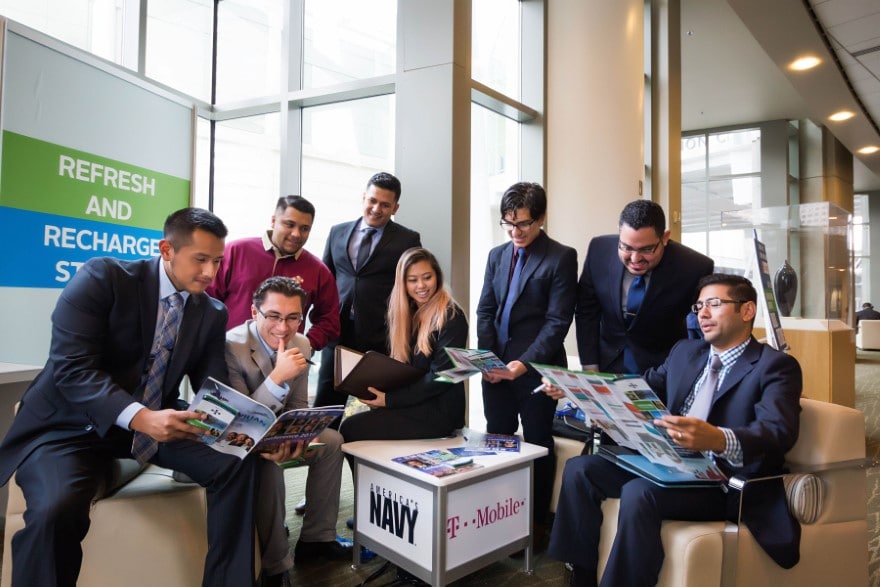 “We dedicated a tremendous amount of work in the areas of leadership and diversity, developing opportunities for Hispanics, African Americans, women and others,” Martinez says.

Martinez says those efforts reached a crescendo at Intel in 2019. Soon he was working closely with leadership to hire and retain top talent and improve recruiting. As a result, he was recognized in 2019 and named the winner of SHPE’s Star Innovation Award at the STAR Awards Gala.

“It’s meaningful when people see what you’ve done to help others and the joint effort bears fruit by attracting more talent and creating opportunity. It was an outstanding experience,” says Martinez, who attended the gala with his family.

Martinez’s swan song at Intel struck its first line 2017 when he led the effort as a technical project engineer to develop the 11th generation Intel Core inter processor—released in 2020.

“To produce something like this takes a village,” says Martinez, who provided guidance for the product’s architecture and design. “Our last effort was one of the largest projects we had ever done.”

In the wake of the product release, Martinez felt the itch to do something new, something even bigger. One of his customers at Intel was Microsoft, and before long he was chatting with one of his contacts. 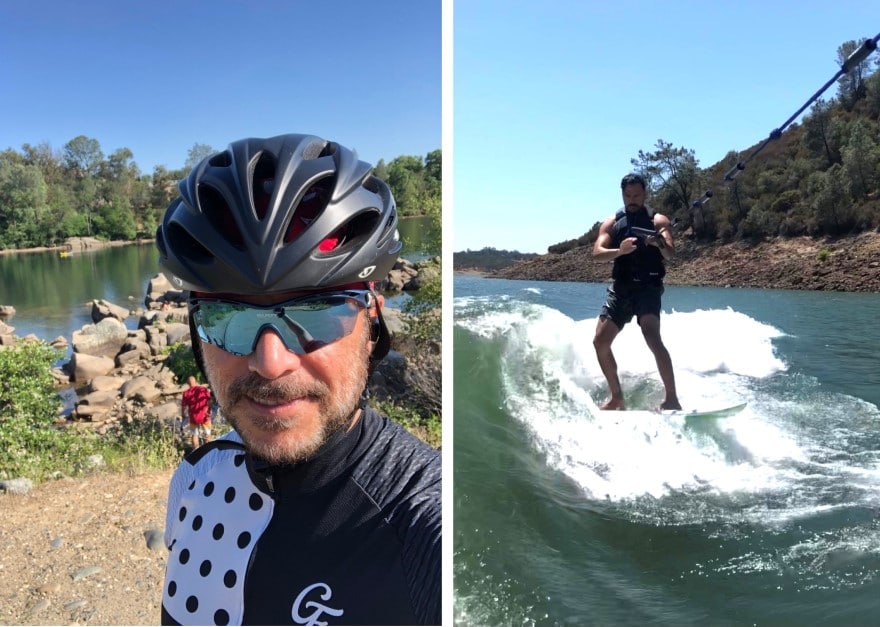 “In our field you’re always in the pursuit of perfect product,” he says.

In the midst of the COVID-19 pandemic he was hired in July of 2020 by Microsoft, as a partner in Si Architecture. There he’ll be leading the silicon architecture team for Microsoft Surface, a series of touchscreen-based personal computers and interactive whiteboards.

“I haven’t physically met anybody yet, we’re all working remotely,” he says. “But I’m excited to be developing technology for the world, to see millions of people buying what we make and knowing their lives will be made better by it.

While the new endeavor is exciting, Martinez remembers the words of his grandfather and mentor Ernesto, a musician and composer.

“He taught me to be careful and not to become arrogant … that one can make mistakes when they think they know too many things” he recalls. “Perhaps I didn’t realize what that meant back then, but it keeps me grounded now.” 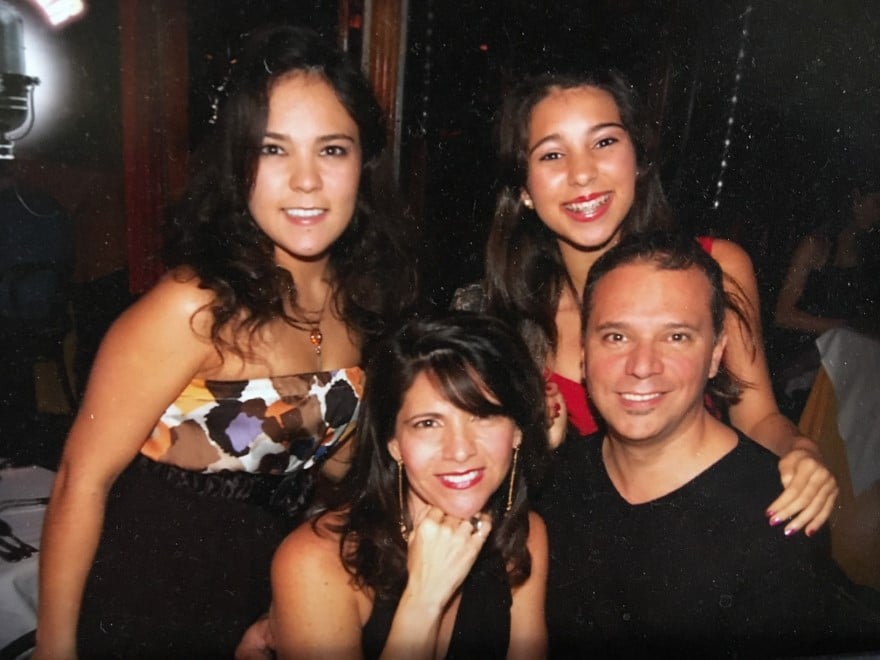 Despite his latest accolades, Martinez says his greatest achievement is his family life. He is blessed, he says, with wife Patricia, and daughters Giovanna, a recent business graduate and Isabella, a biomedical engineer in her own right, who shares his love of science—and who wants to take him to the moon one day.

“I’ve found the perfect landing place for me,” Martinez says of his new endeavor. “The best way to change the future is by creating it, using the power of imagination.”

A passion he shares with those who also looked up at the moon and dreamed.