Banking on the future

Just a little over 30 years old as a financial institution—and only seven of those as a validated bank—Grupo Financiero BASE is downright young when it comes to the banking industry: Its competitors and contemporaries have many more decades, very often centuries, of experience behind them.

But youth also means there is ample opportunity for expansion. In short, notes General Counsel Aldo Escalante: It’s an exciting time for the company. 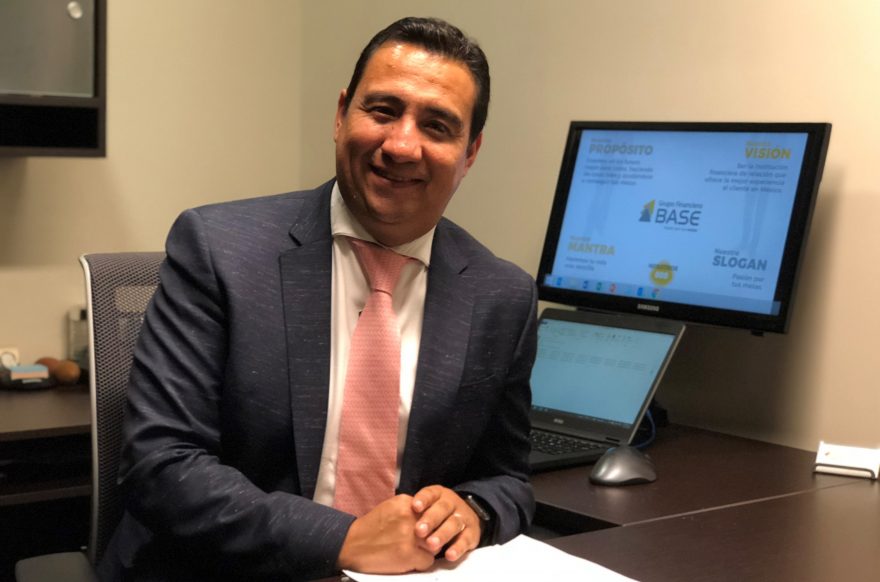 “It just keeps growing and growing,” says Escalante, who joined when the Monterrey, Mexico-based bank was still a broker-dealer, and had just a quarter of the employees it has today. “It’s not the biggest company, but compared with what it was in the past, it’s grown a lot.”

With Grupo Financiero for a decade, the ITAM and University of Monterrey graduate has helped facilitate that success.

In addition to a variety of traditional legal duties involving transactions, agreements, trust management, risk mitigation and compliance—which is “not always easy” with Mexico’s shifting laws—Escalante is helping the bank to continue to expand its services. For instance, it is working to acquire a leasing company to complement its existing services; the hope is to have that in place by late 2018.

Similarly, his team of 25 is exploring ways to expand into the emerging “Fintech” (Financial Technologies) sector, which comprises such capabilities as mobile banking and cryptocurrency. The goal is to find a specialized company to partner with, Escalante says.

While Mexican laws around it are still pending, he sees FinTech as the future of banking.

Another initiative is lean banking, which involves constantly assessing and reassessing processes and procedures to be more efficient from a cost and customer service standpoint.

The same goes for his team. As a leader, Escalante describes himself as a guide and a delegator who solicits feedback and likes to get things done—but is not at all an overbearing or bossy type. Ultimately, his department’s goal is to serve as a partner to the company’s various divisions.

“I have a lot of good people, very committed people,” he says. “I try to let them solve things by themselves.”

This fits with the bank’s overall mission, which includes the management helping employees to innovate and establish new processes.

“The human side of the company is very good,” he says. Overall, “It is a very good company.”

A native of Mexico City, Escalante has a backstory similar to many with an affinity for the legal profession: He can’t remember a time when he didn’t want to be a lawyer.

He grew up with a father who was an attorney and still practices labor law. “He’s been telling me since I was a little boy that I was going to be a lawyer,” Escalante recalls. “I always wanted to be a lawyer even when I didn’t know what it really was.” 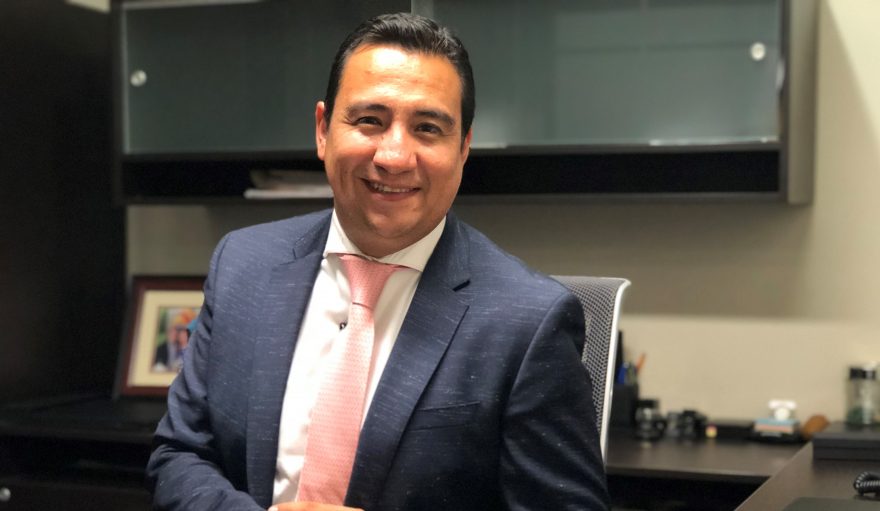 Ultimately launched in 1986, what is now Grupo Financiero became a broker-dealer in 2004, was validated as a bank in 2011, and evolved to a financial group in 2015. As of the end of 2016, the company had the equivalent of $1.3 billion in assets, 16 locations across 12 Mexican states and one in Toronto, and about 800 employees.

Escalante was particularly drawn to the in-house capacity of law because of its comprehensive nature; it is like “one big client” with lots of challenges and opportunities. Similarly, because Grupo Financiero is a young institution, his day to day goes beyond merely updating existing processes or maintaining the status quo.

“I really felt I could help,” he says. “No day is like the day before. In this company, there are a lot of things to be done.”

And a lot of growth to be had.

“In five years, we are going to be very different and a lot bigger than we are right now,” he says, adding that, “I’m very happy where I am; hopefully I will continue to be able to help this company grow.”