He joined the legal department of Cotemar, Mexico’s dominant oilfields services provider, at a most challenging time in 2013, when petroleum prices were at a low.

The situation wasn’t much better three years later, when Alejandro Fernandez Ramirez-Buendia was promoted to head of legal and general counsel, but much of the reason for his hiring and subsequent promotion was to apply his expertise to the business end of the operation as well as legal. 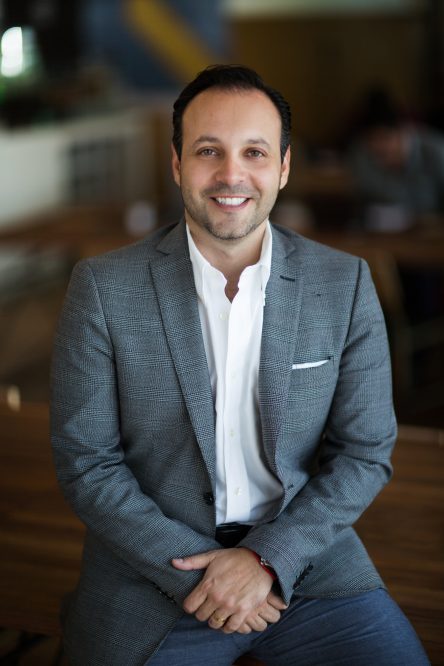 That he’s been doing, with a carefully selected and results-oriented legal team of 15 that has helped Cotemar at what may be the dawning of a most opportune time in Mexico. They’ve certainly contributed to putting in place the pieces that could enable prosperity.

Fernandez and his team can take credit for having solidified Cotemar’s relationship with Pemex, the nationalized oil operation that can benefit from a private-sector partner. The team has also secured financing from international institutions, to allow the company to invest in massive capital projects.

Meanwhile, the country’s currency and investment levels have rebounded, as federal reforms on the energy front take effect and economic threats from the northern neighbor, the United States, don’t quite match up to President Trump’s campaign rhetoric of two years ago.

“In my position I must be flexible,” the always cordial Fernandez explains. “I need to think as a businessman but act as a lawyer, in order to get a better deal for the company.”

And while that legal department should never be made up of yes-men and yes-women, it certainly shouldn’t be a gate-stopper, he says. All the better if that department can enable an opportunity after duly weighing the risks and likely benefits.

“My vision is to create collaboration bridges between the legal department and other internal clients in order to be seen as a strategic partner,” he says.

With Fernandez as point man, Cotemar acquired the issuance of private debt from Norway that allowed the company to finance assets worth $250 million in U.S. currency. By closing a syndicated loan and issuing private bonds in Europe, he was also able to secure at a joint price of $600 million the transfer and delivery of two semi-submersible oil rig platforms, the Chinese-built Neptuno and Atlantis. That was an  ongoing project for two and a half years, but well worth the effort with both rigs operating on behalf of Pemex in the Gulf of Mexico.

Through a subsidiary, Cotemar plans to produce petroleum independent of any Pemex affiliation by late this year in Veracruz, a project that calls upon Fernandez to look ahead as far as 25 years while ensuring compliance with present and future regulations. The entire Cotemar executive team hails the nation’s sweeping 2014 energy reforms that ended Pemex’s monopoly, and Fernandez is exploring financing through bonds, loans and private investment.

Among the less sexy but equally critical accomplishments has been the placing of internal practices that have helped reduce cost and maximize the added value on high-risk and potentially high-yield projects with outside companies. The department has also been lauded for a software upgrade for contracting that allows Cotemar to better gauge the maturity of its guarantees and terms.

Intent on his department being a full partner to Cotemar’s overall operations, Fernandez is a demanding boss, but probably more so on himself—the man’s academic credentials include two Masters degrees from Spanish universities, one from Mexico and one from Northwestern in Chicago.

And he’s looking forward to pursuing more courses from an Ivy League school in the United States or an equally prestigious institution in Europe.

“In my job it’s important to keep updated on all sides—business and legal,” he says.

Maybe another one as well, for Fernandez has long nurtured a political passion, albeit one he’s placed on the back burner.

The son of a small family that raised livestock in the southeast region of Tabasco, Fernandez’s early interests included veterinary medicine as well as a passion for politics. He still credits his father for timeless advice rendered when mulling the future.

And, needless to say, not all politicians have the business smarts to move forward a company whose interests are so entwined with the country where it’s based. Being qualified on multiple fronts, Fernandez seems like a man whose impact will only get larger.

He won’t rule out running for elective office or serving his beloved Mexico as an executive appointee. But at least for now his focus is on Cotemar, and he closes his interview with Vanguard by emphasizing what he sees as the foundation for any effective in-house counsel.

General counsels have got to have a broad perspective, he reminds. Still, knowledge in every area doesn’t necessarily mean expertise, and there’ll often be times when the legal boss must call upon outside counsel.

As far as leadership goes, it’s always best to do so by example. And projects must be carried to fruition.

But one can’t be working all the time, he advises. Maintain a balance among work, family and sports. For Fernandez, this includes sharing with his family his zeal for triathlons. He’s even participated in an Ironman.

Which doesn’t sound that relaxing. But when you’re a man on the go, it just might be a way to recharge your batteries. 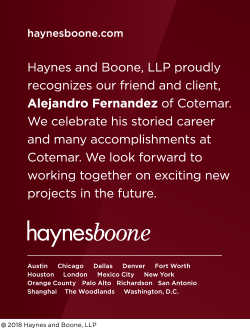 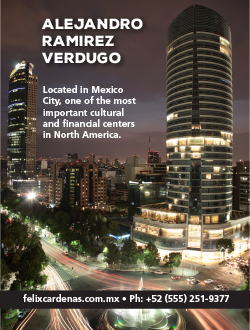