There’s more to Hooters than meets the eye, although most patrons of the restaurant chain would admit to being drawn to the sight of waitresses in revealing attire.

Alejandro Solis certainly recognizes the visual aspect as a selling point, but as the holding company he leads, Grupo Dival, expands the iconic Hooters brand as well as its three other restaurant franchises in his native Mexico, he’s quick to remind of opportunities afforded to employees.

It wasn’t more than a few years ago when Paulina Alvarez was a Hooters Girl at one of the Mexico City restaurants. Now she wears a business suit as head of human resources for Hooters Mexico and won’t encounter any glass ceiling should there be further opportunities to advance.

Then there’s Miguel Lopez, who started out as a line cook, handling himself so well that he’s been promoted to operations director. The more Hooters Mexico grows, the more opportunities may await this ambitious young man.

“This can be the first experience for a lot of people to become professionals,” says the personable Solis, CEO of Grupo Dival since April 2013. “A lot of Mexicans need jobs and we’re providing them and, in the process, helping to build a bigger middle class.”

This past fall, a couple of weeks before Solis spoke with Vision, Grupo Dival had hosted its business partners at its annual informative breakfast focused on another of its brands, Macaroni Acoxpa. Good news abounded.

Mexico is ripe for restaurant expansion, Solis reiterated during his Vision interview, and many international chains are taking notice. Realizing that a stronger restaurant industry can benefit all parties, he welcomes the competition, though it must be said that other operators will have some catching up to do before they’re on the Grupo Dival level.

For Grupo Dival anticipated the potential years earlier. Two new Hooters have opened recently in Mexico City, making it an even dozen in the country and 22 restaurants of various brands under the Grupo Dival umbrella. One of the new Hooters is in the Parque Las Antenas shopping center, which reflects Solis’ judgment that shopping centers can’t get by on shopping alone.

Worldwide, he explains, the viability of malls large and small is being challenged by ecommerce and changing demographics. Shopping centers still in operation are finding their priority is becoming less and less commerce and more about socializing. Thus an affordable, family-friendly restaurant is just what a shopping center may need to remain relevant.

And, in a very convincing manner, Solis gives reasons aplenty why Hooters is indeed a family-friendly restaurant. Once again, there really is more than meets the eye.

“We’ve done the math and have found that over 35 percent of our customers are women,” Solis says. “Our Hooters also were the first to have a children’s area in the world. Customers don’t always like it when children are running around or acting up. Here they’re glad to stay in their own section and often don’t want to leave.”

Those children’s sections might have been inspired by the kids’ amenities in other chain restaurants such as McDonald’s with its mini-amusement parks. Hooters Mexico must take it to a higher level, Solis says, since its customers don’t just eat and run; they’re there for the entire experience. 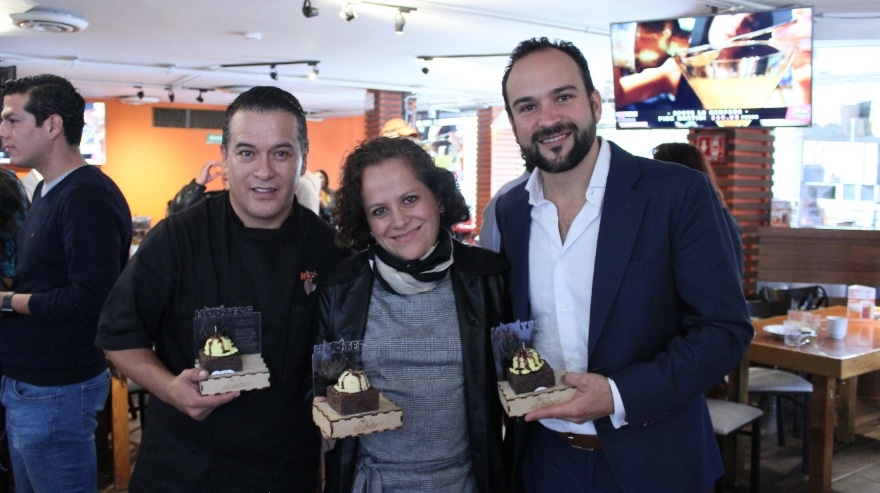 Mexico being sports-mad, televisions are especially tuned to soccer and Formula 1, though the American professional and collegiate leagues also have their followings. Grownups and teens may well be at their tables for hours while the beer flows, the burgers grill and the new flavors of smoked wings are tasted by the patrons.

“It’s the happiest environment you’ll find,” Solis says. “The perfect place to celebrate a birthday or anniversary or even close a business deal. It’s being part of something that’s very special and we’re proud to be able to offer it.”

He’s equally proud about the causes Hooters supports, one of them being—appropriately enough—the Pink campaign that combats breast cancer. There’s also the network’s support of Gastromotiva, an organization that provides work opportunities to remote and underprivileged communities. Grupo Dival is committed to being a solid corporate citizen, he assures, and its most conspicuous side—Hooters—can’t help but be at the forefront.

A lot on his plate

Solis came to Grupo Dival when it was a much smaller operation with just five restaurants. The bosses, having observed Hooters’ dynamic growth north of the border, were thinking big.

Their new CEO would be entrusted with leading the development and execution of a long-term strategy that could even spread beyond Mexico and into South and Central America. He’d be counted upon to provide sustainable value for all stakeholders—clients, employees, investors and the community at large. He’d be a direct liaison between the board and the brass, manage the budget and risks, and generally ensure everything be in place.

Solis seemed to be their man. His formidable academic credentials were enhanced by an MBA in 2011 from the prestigious University of Chicago Booth School of Business. He was well-versed in investment banking, high finance and emerging markets in Mexico and the U.S., having worked for Hipotecaria Su Casita, The Kor Group and Morgan Stanley. Being fluent in Spanish, English and French helped his cause, as did a certain intangible quality.

Emotional intelligence, he calls it. One must genuinely want to make team members feel good and assist them in their professional and personal growth.

It’s a trait that Solis has put to good use in his five years-plus at Grupo Dival, whose restaurant holdings have more than quadrupled in that time. Well over 1,400 people are now gainfully employed, and Solis oversees well-conceived plans to continue the growth.

Asked what gives him the most pride, he says it’s the opportunities Grupo Dival has been able to offer its employees. Opportunities that are sure to expand.

After all, a Hooters Girl doesn’t stay one until retirement, and a line cook eventually wants to do something else. Hooters Mexico can provide upwardly mobile examples that might not be obvious at that first, most eye-catching, glance. 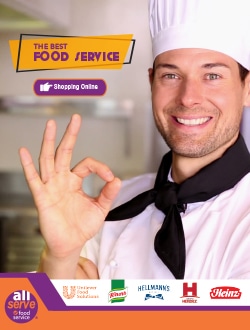