With 125,000 global clients and an annual business volume of $65 billion in transactions, Payroc has provided payment processing services for almost 20 years.

Yet despite that size and influence, and despite having acquired 14 other payment processing companies, it didn’t have a dedicated HR leader— Chief Operating Officer Matt Austin previously had the role among his other duties.

So, it was a massive task facing Angela Antrim when she was hired late in 2021 as the company’s executive vice president and head of HR. As she chatted with Vision a year later in November 2022, she’d surveyed all of Payroc’s team members and created a three-year strategy to build the HR department to support company growth. 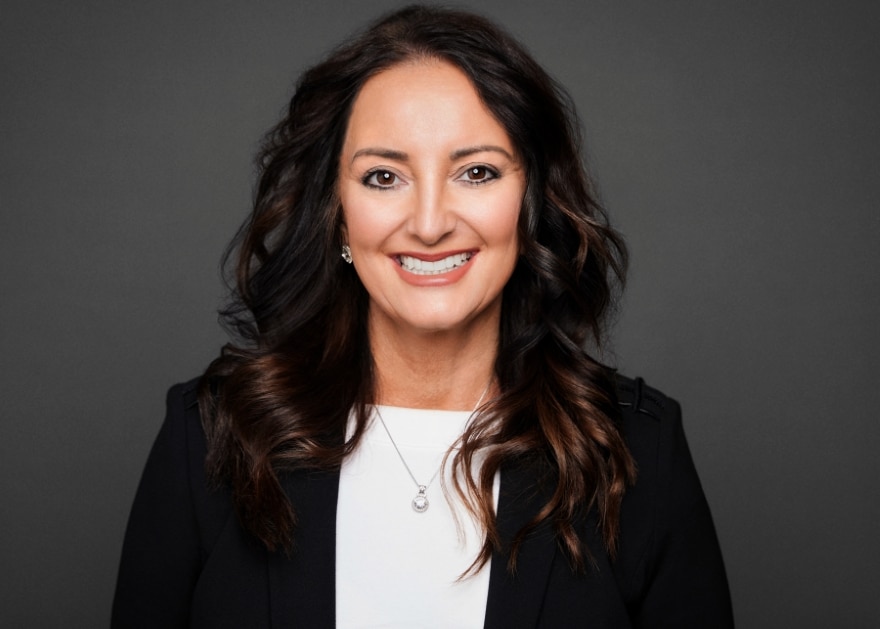 Antrim has spent three decades as an HR professional working on a global scale for public companies including GE, Caterpillar and Ametek, and she says her work shaping Payroc’s HR department and policies is a great fit for her experience and expertise.

“I’m well-rounded in setting up departments,” she says. “I have experience running HR teams and supporting employees for companies with 250 to 175,000 personnel that operate in four continents and 26 different countries. However, this is a company that cares about its team members on a level I haven’t encountered before.”

Antrim’s first task was learning what team members were concerned about. She created a confidential 25-question survey asking employees about areas such as professional development, communications and how Payroc handles change management, as well as job satisfaction and morale.

Antrim says the responses to the initial survey, as well as quarterly ones with five or 10 questions, have been encouraging and illuminating. Nearly 3,000 employee comments have been received and the typical response rate is 80 percent. 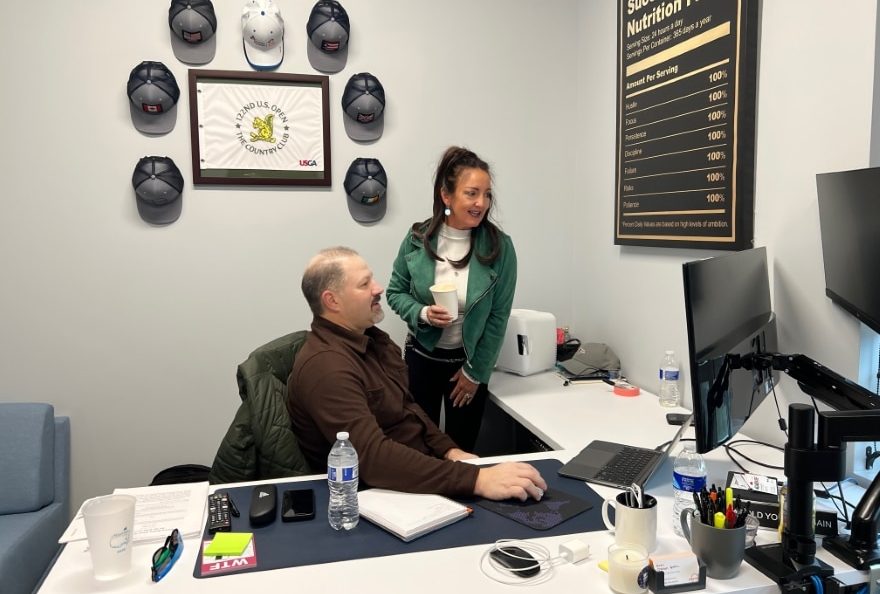 One tangible result is that team members feel more engaged, she says. For instance, Payroc’s eNPS, or employee net promoter score, has doubled in a year from 15 to 32 (scoring is on a scale from -100 to +100). The score, which is comparable to a customer satisfaction score, is derived from the responses to survey topics.

Antrim says the number of employees saying they felt engaged increased by 9 percent to an overall 50 percent, too.

Initiatives Antrim has led so far include adding a career development page and content for team members on the Payroc website. It includes a module and process for setting and achieving goals and objectives, as well as development tools to achieve individual career growth plans. The page also links to a new learning management system for leadership and employee training.

While helping employees develop, Antrim added Comp Analyst, which provides market data on compensation for specific executive,  leadership and professional titles for roles in the U.S. and globally.

Antrim worked with other leaders to create a 2022 summer remote work plan so employees could work from home all the time. They also provided Payroc locations with a budget to host company events including concerts and barbecues, she says.

Employees are getting recognized in new and revamped ways, too, such as a shoutout and get to know section in the digital newsletter, and in culture clubs with events for groups working around the world. There are also new monthly and annual awards such as Rocstar of the Month, business company awards nominated and selected by employees, and top performers awards nominated and selected by executive leaders. 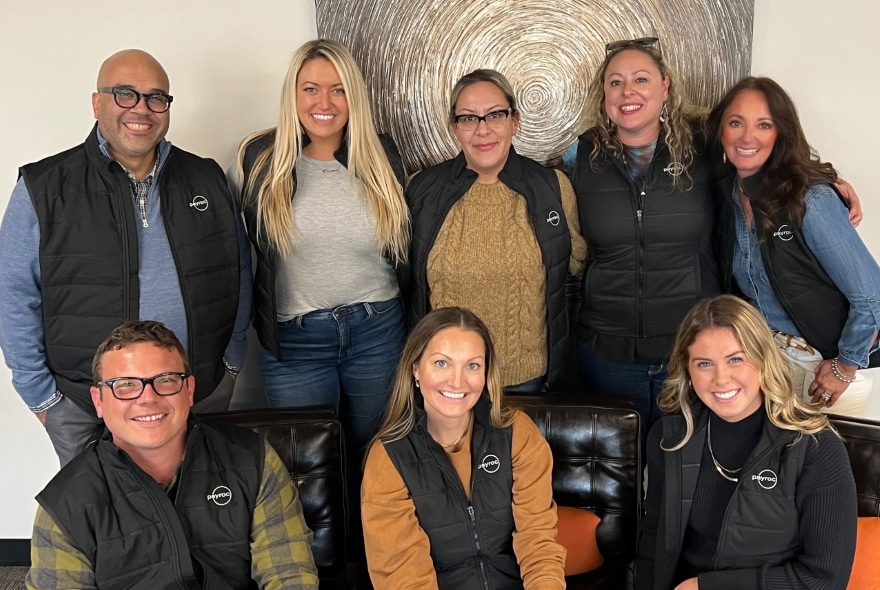 Antrim was also recognized—she was awarded the annual Collaboration Award, voted on by the employees, and named Leader Role Model of the Year, voted on by leaders and peers.

She also managed creating a request for proposals for a health care broker to revamp Payroc’s benefits—improving ones offered in the U.S. and adding them in countries where the company hasn’t offered them.

Antrim has worked in HR for 27 years, but her introduction to the field wasn’t under pleasant circumstances. After graduating from Eastern Illinois University with a bachelor’s degree in economics, she was working for a large Chicago-area retailer as a buyer in the early 1990s. Nine months after she started her job, the retailer closed—and Antrim was asked to help offboard about 9,000 employees.

It was an inauspicious start, but she also landed on her feet after a family friend who was an HR veteran asked her to co-found AMS Consulting in 1993. For nine years, Antrim led a team of seven that helped companies create HR strategies and programs in industries such as food, manufacturing, health care, logistics and pharmaceuticals.

When the co-founder decided to retire in 2001, Antrim helped sell the business and then joined Caterpillar as an HR engagement administrator. In 2005, she became the company’s first HR Six Sigma project manager responsible for implementing the processes for three divisions. 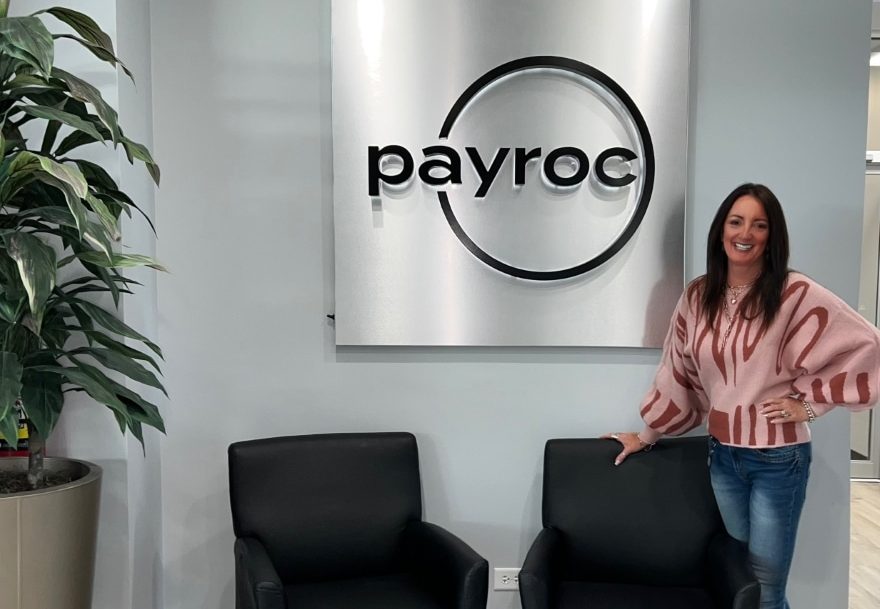 In 2007, Antrim joined GE as a site HR leader for its 9,000-person plastics division. She remained with the company after it was sold to Saudi Basic Industries Corporation, or SABIC, that year. In 2012, she was named regional HR business partner and became a global HR business partner in 2014. In that role, Antrim oversaw HR for thousands of employees working in Asia, the Middle East and Europe.

Antrim departed SABIC in January 2016 to join Opus Fund Services as its senior vice president of HR. As its first HR leader, she built the global HR department and functions for operations in the U.S., Ireland, Bermuda and the Philippines. That included creating new incentive programs, policies and processes as well as leadership training. She also worked with a peer leader to develop an in-house proprietary talent management system.

She may have started in HR accidentally, but Antrim enjoys her work because she loves building relationships and improving the employee experience.

“I’m more of a builder and restructurer. I enjoy creating things from scratch,” she says. “I have also been blessed in my career to be accompanied by fantastic peers and HR teams. My success is a team effort.” 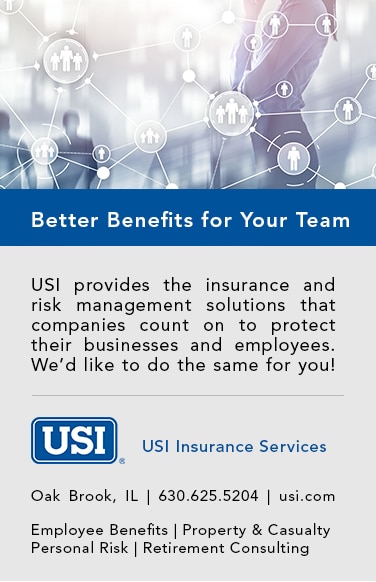 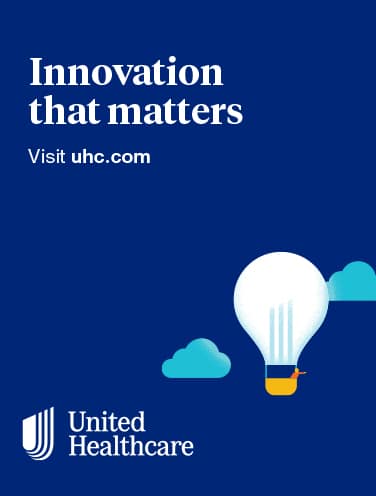