Seeing both sides of the business

When the federal government was forced into a partial shutdown in late 2018, much of the media focus centered on the 2.1 million federal employees impacted by the impasse: park rangers, scientists, law enforcement agents, and countless more.

By contrast, relatively little attention was paid to the thousands of private companies (and many millions of employees) who rely on government contracts.

Not that Ashequl Hoque says he was caught off guard.

“We spent a lot of time in the lead up to the shutdown preparing and executing our contingency plan for both our business and impacted employees,” says Hoque, president and chief financial officer for Ambit Group, a provider of IT and data-management services that counts government offices and agencies—including the Department of Defense, Department of Homeland Security, Department of Commerce, and Department of Agriculture—among its clients. 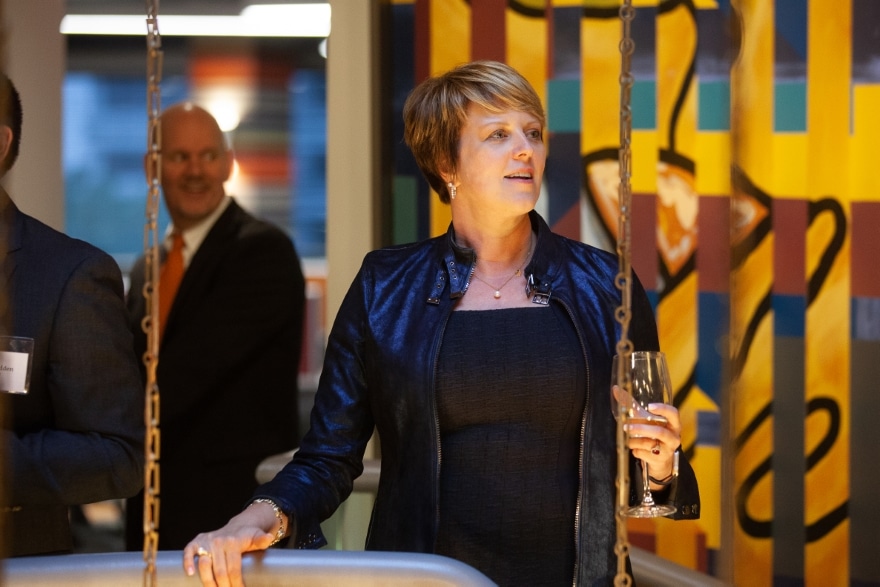 “At the end of the day, our mission is to serve the American citizen, and we have to make sure we’re acting as stewards of the budget on their behalf and properly managing that fallout. So we did what we had to do.”

Following a series of false starts and stalemates, on January 25, the President and Congress reached an agreement to reopen the government. For Hoque, the fires he helped squelch have largely subsided: adjusting contracts to account for shutdown-induced delays, finding creative ways to blunt the impact to furloughed employees, assuring business partners that Ambit remained at the ready once the doors were reopened, and so on.

Then again, even the workaday demands aren’t short on high stakes. As a chief financial officer, Hoque helps formulate the company’s long-term strategy. And, in a market as hypercompetitive as IT, every move matters: from the granular (hiring a new information security officer) to the game-changing (whether or not to acquire a similarly sized competitor).

When your biggest customer is the U.S. government—with contracts that can run into the hundreds of millions—that calculus becomes even more critical.

“In our industry, it’s very difficult to remain competitive long term in that mid-tier market,” Hoque explains. “Either you’re a very small, under $15 million contractor, taking advantage of specific government contracts and requirements set aside for small businesses, or you’re large and actively looking to grow. We see ourselves in that latter category, and we’ve been very aggressive in our approach.”

How aggressive? Threefold growth by the end of 2020—a goal Hoque says is squarely in keeping with Ambit’s current trajectory.

However ambitious his outlook, Hoque’s role requires discernment. In addition to his duties as president and chief financial officer, Hoque also serves as Ambit’s general counsel, overseeing everything from contracts and regulatory compliance to human resources. 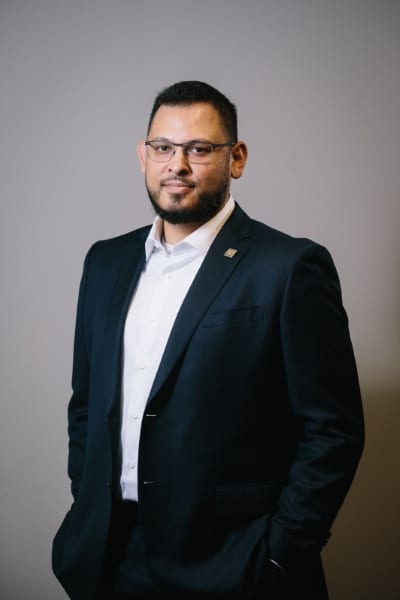 The title is hardly an add-on. Prior to joining Ambit in 2012, Hoque spent eight years as a legal counsel in the private sector, culminating in a three-year post as general counsel for Subsystem Technologies, which provided IT solutions to the Department of Defense (among other clients, both public and private).

“Having spent years in the government space before helped tremendously, particularly when it came to identifying risk,” Hoque says. “I had that comfort level, which I think allowed me to ease into the other roles as seamlessly as possible.”

As Hoque jokes, the resulting purview can feel, at times, “like an argument with yourself.” On the one hand, you want to avoid any situation—a contract, a partnership, a high-cost hire—that brings unwanted risk to the company. On the other hand, a seemingly risky acquisition could set the company up for a bevy of new contracts.

Over time, Hoque has learned to see his multiple hats as one and the same.

“I still look at my job through a risk-management lens; I’m just looking at a broader scope now,” Hoque says. “We’ve gotten better at quantifying what risks looks like and how they fit into our overall strategy. At that point, it’s not a strictly legal issue or a strictly financial one. It’s a business issue.”

Indeed, it’s not the first time Hoque has had to navigate outsized expectations.

Growing up in a family that wore its Southeast Asian heritage proudly, Hoque jokes he had the pick of exactly two career paths: doctor or engineer.

There was a caveat, however: His grandfather had been a judge in Bangladesh, and the occupation’s mix of creative license and analytic precision appealed to Hoque. 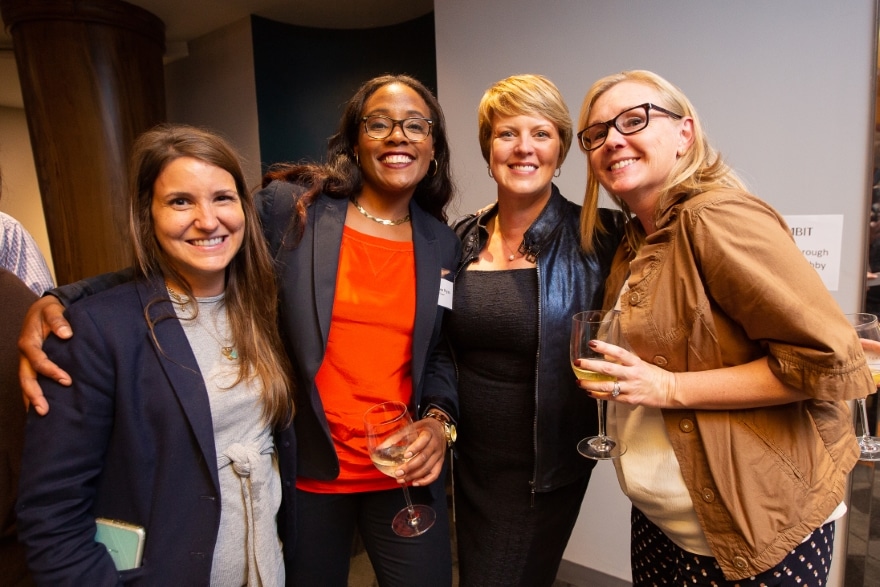 “So it was an option—just barely,” Hoque recalls with a laugh. “But I knew I needed to round out the legal side with something a bit more dynamic.”

That “something” was finance, which Hoque studied as an undergrad at the University of Memphis. After graduating in 2001, he enrolled at the prestigious University of Virginia School of Law, earning his J.D. three years later. He would later complete his MBA from Duke University’s Fuqua School of Business.

Rather than bide his time in private practice, Hoque instead decided to put his business background to the test, joining Fortune 500 security software company Symantec Corporation as an in-house legal counsel in 2006. It was there that Hoque began to hone his professional worldview: specifically, the link between risk and revenue and the importance of cross-department collaboration.

“Just being around that high level of thinking, seeing these legal issues framed in the context of what was happening across the business as a whole, was incredibly educational,” Hoque says.

A doctor after all

Following a one-year stint as a government contracts counsel at accounting giant KPMG, in 2009 Hoque was named general counsel of Subsystem Technologies, an engineering and technical services provider. Though smaller in scope, the company allowed Hoque to focus on business-critical functions, from branding and sales to process efficiency.

In Ambit, which in 2004 became one of the country’s first to be certified as a veteran-owned business and is known in the industy for running large scale transformation programs, Hoque found a company that brought it all together: the nose for legal compliance; an eye for growth opportunities; and more important still, a mind for grasping what comes next.

“To look back and see how we’ve grown organically in this market—that doesn’t happen very often,” Hoque says. “It’s incredibly rewarding knowing the work we do helps bring innovation and efficiency to government and value to the American people.”

What’s more, he’s even making good on his parents’ grand designs. To date, the company has generated more than $120 million in cost-recovery through its contracts for various federal clients.

Looks like Hoque wound up becoming a doctor after all. 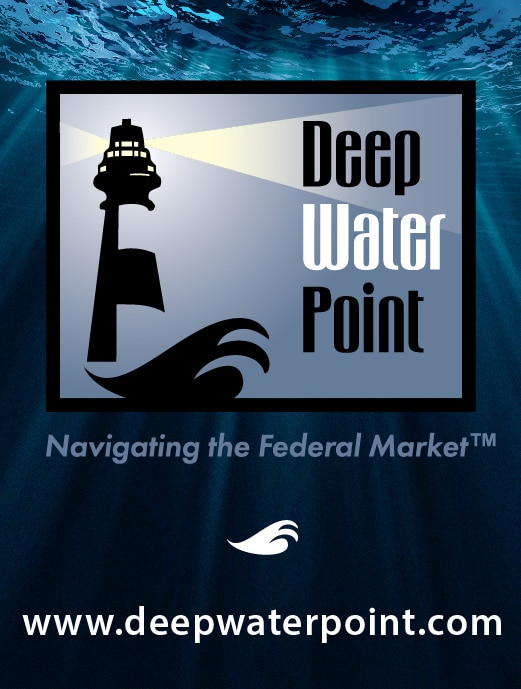