The unbelievable charm of concrete—in your backyard, your patio or next to your pool

When sales reps for Barkman Concrete go to tradeshows, they run into a problem not uncommon in sales: people don’t believe them, but it’s not for the usual reasons. Barkman’s recent line of wood replica products so closely imitate the real thing it’s hard to tell they’re actually made from concrete.

“People are down on their hands and knees knocking on it like its wood,” says Mark Hiebert, communications coordinator with Barkman. “They’re seeing one thing but experiencing another thing. It’s delightful to see.” 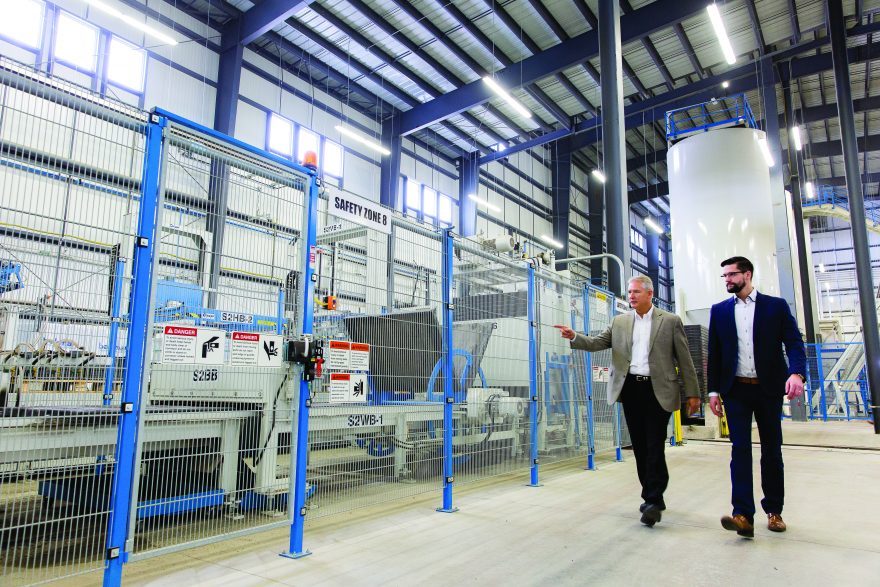 In fact, everything Barkman makes is out of concrete. It was one of the first companies in North America to use precasting technology first developed in Europe. Initially, back in the ‘50s, it made septic tanks that were more durable and practical than ones poured on-site. Over the years, it grew to make stairs, paving stones and building materials used in landscaping and certain industrial applications which include housing underground gas lines and lining hog barn floors.

First and foremost, a Canadian company

At its core, the company’s model is to innovate, not just expand.

While Barkman products have made it as far as Juno, Alaska, and Madagascar, and one of its skate parks is in Guantanamo Bay, Cuba, it remains primarily a Canadian company with manufacturing plants in Manitoba, Winnipeg and Calgary, distributing chiefly though garden centers and landscape supply companies to contractors and homeowners.

“We’re trying to be a company that brings new and fresh ideas to our market,” says Brian Pries, general manager of Barkman Concrete.

Barkman introduced the wood replica products a few years ago and “they have taken the market by storm,” says Pries, contributing much of the company’s recent financial growth. Customers appreciate the natural looks of the new products, which are used primarily for patios. However they also appreciate the durability, says Hiebert, the communications coordinator.

“You are putting down a product that is going to outlast you and is going to look the same down the road,” unlike wood which will fade and splinter due to UV, rain and snow, he says. In North America, which has hot summers and long winters, that’s an important consideration, he says.

While Barkman has long focused on landscaping products, it recently introduced a line of outdoor kitchens and fire pits that capitalize on a growing interest in outdoor living. “People have been talking about outdoor living for a long time, but it really is taking hold now,” says Pries.

Just like the wood-replica products, the lines of outdoor kitchens and fire pits are very practical. For instance, both come as kits that can be arranged “a million different ways,” according to Pries, and are much easier to install than traditional carpentry or masonry projects. That’s a boon to contractors, who want to do custom work efficiently; it also appeals to homeowners looking for do-it-yourself projects. 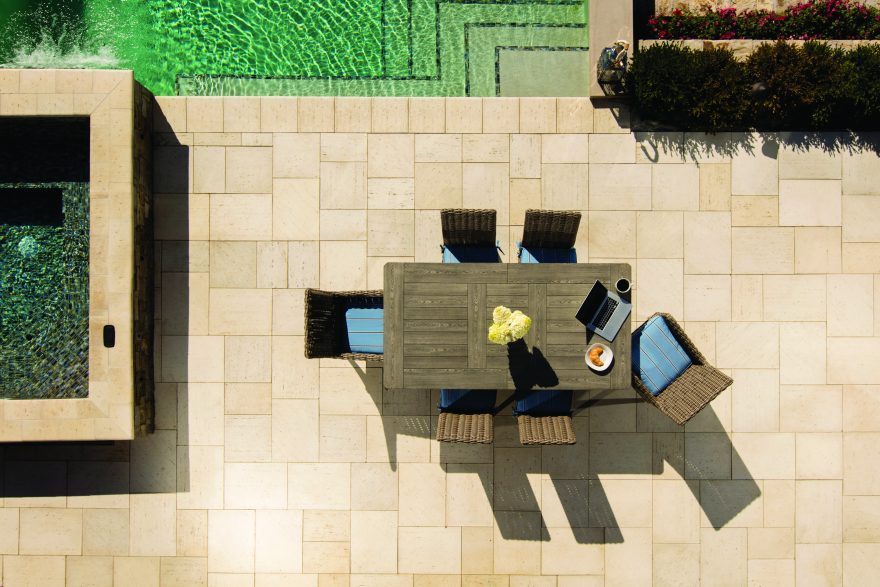 Pries says both products have helped boost revenues over the past five years.

While that growth was welcome it wasn’t without growing pains. Demand for the new products coupled with that for established ones meant Barkman was barely able to keep up with orders.

In spring 2016 that changed. That’s because Barkman’s new manufacturing facility in Steinbach whirred into motion after years of planning and a year of construction. The new facility, made by Hess Group, triples the manufacturing capacity of the previous one, which was 30-years-old.

The Hess facility is also highly automated. For instance, the manufacturing process begins with a pre-programmed trolley whisking material from storage containers to a conveyor belt, and the 40,000-square-foot facility stores enough aggregate to go up to four days without being replenished.

“We’re now able to do things that nobody else can do,” says Pries, like experiment with pigments and texture in the natural wood look. “We have the capacity to take us into the future.”

Unlike the old facility, which was very noisy, much of the process can be programmed from a sound-dampened room; in fact, the entire facility is much quieter, even from the outside.

Locally focused but inspired from abroad

Like many developments in Barkman, this one came from Europe—in this case, Germany where Hess Group is from. Since the beginning, Barkman leaders have traveled to Europe for inspiration, and they continue the practice today. Many recent products—such as a modernist-styled line of outdoor planters and benches in the Cube Collection, which are often used in urban settings—draw on the current sentiment for simplicity and clean lines popular in Europe.

In a similar vein, the paving stones that Barkman sells more than any other product look more like natural stone than concrete. In many instance, Barkman is among the first companies to bring approaches to North America.

However not all inspiration is from abroad. Barkman is a family owned company entering its third generation of family leadership. It was founded by Peter Barkman and his brothers Arnold and Edwin in 1948 as a heating and supply business in Steinbach. It started prefabricating concrete when it needed parts that weren’t readily available and slowly transitioned to concrete prefabrication over a decade.

In coming years, the company will continue to innovate, says Pries. The new facility will help do that, but so will the core values of Barkman. 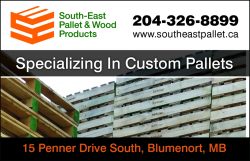 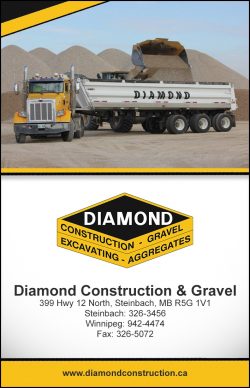