Roger Nesbitt tried, really tried, to retire, but he just couldn’t do it. “I was bored to death,” he recalls. It was only a few weeks before the stir-craziness got to be too much and he just had to get back to work. Simply put, “I was looking for a new venture to get into, and there was a need,” he says.

This dedication and determination was funneled into Unified Ag Solutions, the business he founded in 2011 and runs with his family. The Omaha-based business supplies seed treatments and seed treatment equipment to the heartland and the Midwest. By providing both treatment and equipment under the same roof, and emphasizing customer service and relationship-building, Unified Ag has doubled its sales year-over-year—every year—since its inception. 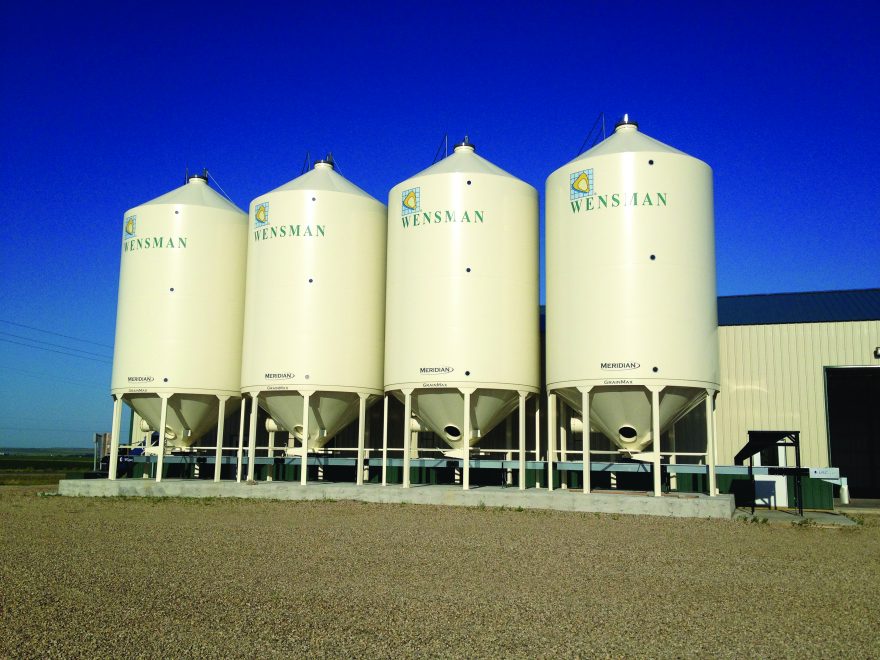 Roger expects that will only continue: He projects growth of 30 to 40 percent over the next five years. “We’re going at a very fast pace,” he says.

“We’re aggressive, we’ll go anywhere,” agrees Brent Nesbitt, Roger’s son and the company’s CFO and director of sales and marketing. “We treat people the way they want to be treated. That’s the golden rule. It sounds cliché, but we really do abide by that.”

All in the name

Founded by Roger Nesbitt after he sold his previous enterprise, Unified Ag Solutions is unique in that it supplies seed treatment and equipment—two often separate businesses.

“We do everything encompassing the seed treating realm,” says Brent, adding, “We wanted to be the main company that people go to for all of their seed treating needs.”

To that end, the company sells conveyors, tenders, hoppers, bins, mix tanks and pump controllers—and accessories such as scales and conditioners that go with them—as well as full-scale box-to-box systems and bulk treatment systems that it assists customers in setting up and maintaining. 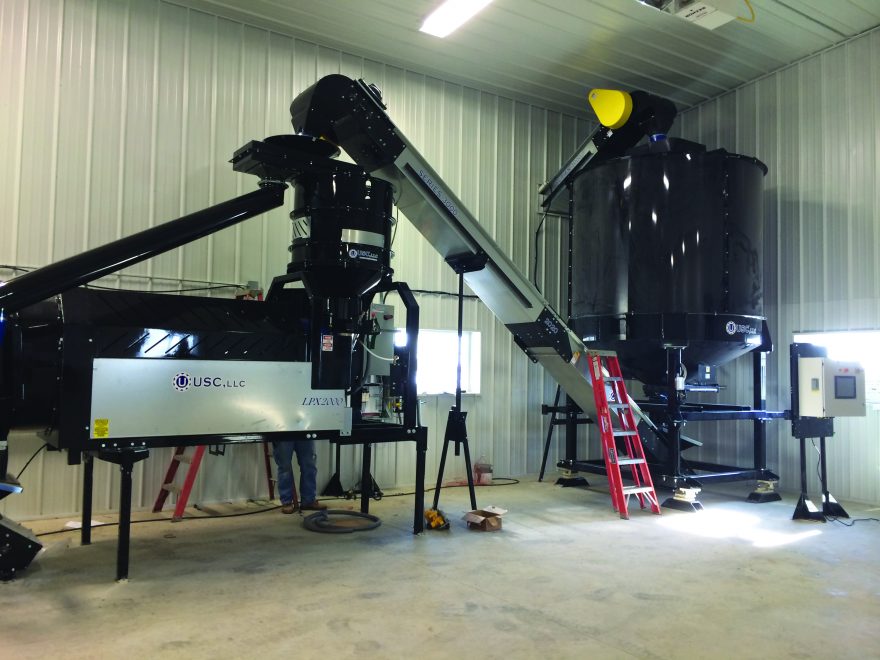 Meanwhile, on the other end of the business, Unified Ag is acutely aware of the importance of eco-diversity when it comes to farming. For example, as Brent explains, a grower based in Missouri has unique needs related to soil acidity/alkalinity, temperature, water and sun exposure that are far different from, say, a grower in the Dakotas or Texas. While this may seem like a cut and dried concept, many large seed treatment providers don’t take it into account, he says, and simply sell homogenized seed treatment mixes across geographic lines and terrain.

The company is also working to stay ahead of seed-enhancing trends involving microbial inoculants, polymers and biologicals, Brent says. Biologicals, in particular—chemical-free methods meant to naturally improve microbiology and amp up crop growth and yields—are all the “buzz” right now, he notes and are particularly being applied more and more when it comes to corn.

Unified Ag furthers its reach as an authorized dealer for industry giants including Monsanto BioAg, Syngenta and AgReliant, and has treated more than six million acres in just 7 years. While non-agrarians might consider farming seasonal, “it’s a full year job,” Brent notes.

His father agrees, saying that “business does not come to you; you have to work very hard. It’s being nimble and taking care of customers. The way you treat people is real important.”

Roger Nesbitt founded the company with the goal of bringing his kids on board: His eldest son Ross joined a year after inception, then Brent, followed by his twin sister Emily, both of whom celebrated weddings this summer.

As befitting a family-run company built from the ground up, “all of us have all kinds of titles,” says Ross, who primarily serves as COO. He adds that, “I always looked up to my father my whole life. I wanted to help him pursue a new venture.” 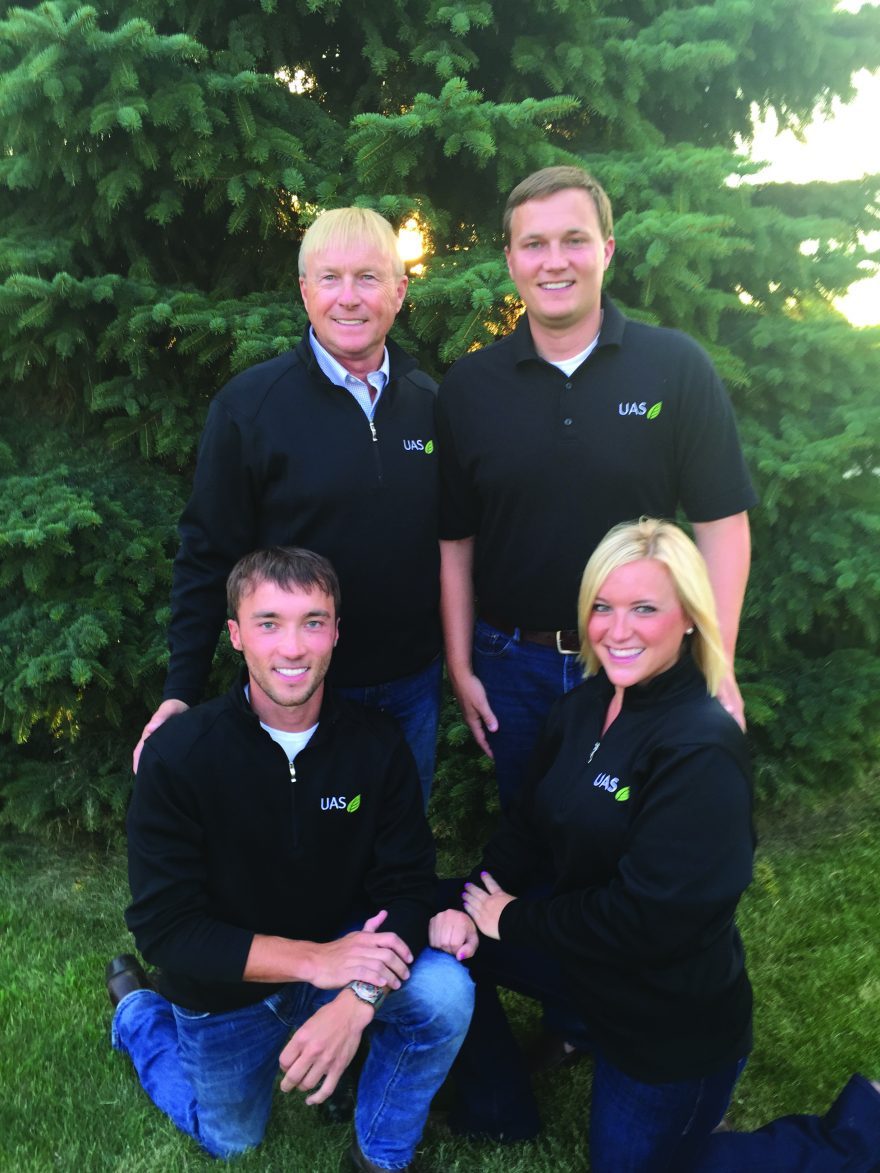 “We are for sure a family company,” Brent adds with a laugh. “We’ve been around agriculture our entire lives. It’s just one of those things we can’t get away from.”

And Unified Ag’s success is more than just a “bumper crop.” Now serving 22 states and with team members spread across North Dakota, Illinois, Ohio and Arkansas, it has built a reputation largely based on word-of-mouth.

Having spent his whole career in the seed business, Roger has amassed a wealth of contacts and established a strong reputation; he estimates that he travels about 65,000 miles a year to meet with existing and prospective customers.

“We’re not shy to jump on a plane,” Brent explains. “We meet face to face to ensure that we are communicating and staying on the same page.”

It’s all about building those relationships, the family members agree, as well as strategically placing new people, and constantly staying on top of trends to maintain an expert grasp of the field and provide unbiased, educated advice.

Stability is also an essential, Ross says. “In this world of mergers, we are family-owned, locally-based—we’re going to be here long term. We’re not going to sell out,” he says. Customers are “going to be with us for years to come. They win, we win, and we care about them for a long time.”

All told, Unified Ag fosters a congenial atmosphere, inside and out. And while working with family every day “definitely has its challenges,” Brent says, “it’s always fun. You never know what’s going to happen.”

Well—retirement, at least, is off the table. 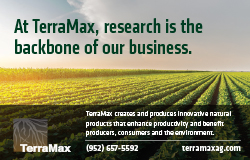 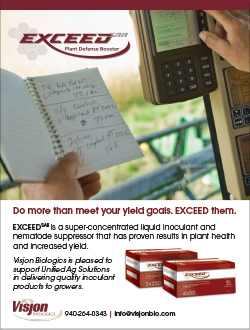 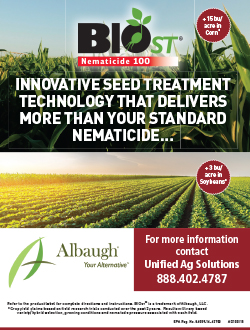