Investment expertise on the double

Brodie Cobb opines that mergers are like marriages—not all are built to last.

That said, all seems blissful with the 2016 coming together of Tiedemann Advisors and Presidio Capital Advisors, a subsidiary of The Presidio Group that Cobb founded in 1997.

While remaining as chief executive officer of The Presidio Group, Cobb is a board member, as well as a significant shareholder, of the merged entity, which goes under the Tiedemann name. Common interests were behind this merger, he says, and how they’ve dovetailed to the benefit of the new firm and its clients. 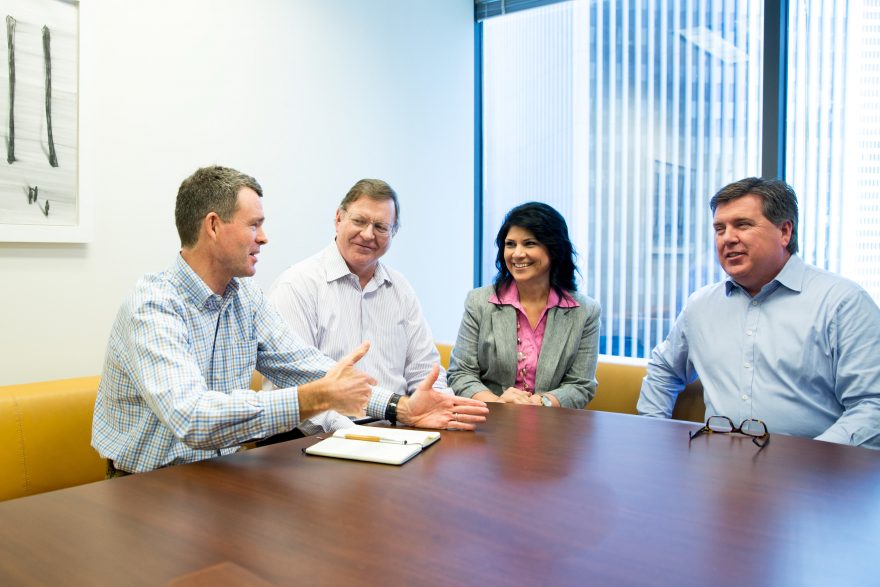 “You get into these things without ever really knowing how they’ll turn out, but this has been a truly great success story,” the congenial Cobb tells Vision in early May, from his office in downtown San Francisco. “It’s a case study of how a wealth advisory firm can improve over time. I’m just happy to play my part in it.”

A veteran of the investment world, with an MBA from the University of Texas, Cobb says he founded The Presidio Group after becoming disenchanted with the impersonal ways and conflicts of interest that seemed business as usual at the big financial houses. Transparency would characterize Presidio, he assured clients, and under its umbrella would be three segments: private equity, investment banking and wealth advisory. 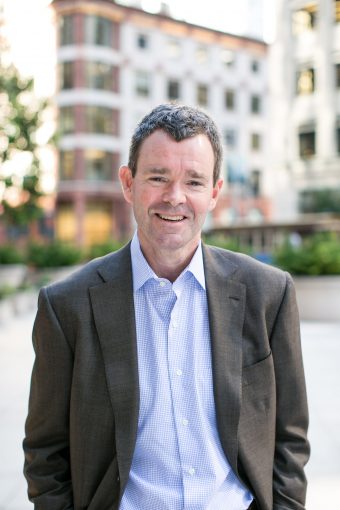 That latter segment, which would be Presidio Capital Advisors, built portfolios around calculated risk management, its operations enhanced by professionals with a thorough understanding of how asset classes performed over time and how they reacted to macroeconomic events beyond their control.

“We proved to be one of the better firms in predicting, with some measure of accuracies, the outcomes of all kinds of scenarios,” Cobb proudly says, adding that Presidio merged its offices in the Bay Area and Dallas, two markets that offer established wealth as well as wealth aborning.

With $4 billion in assets under management, Presidio Capital Advisors would draw the attention of Michael Tiedemann in New York City, who was interested in expanding his firm beyond the East Coast. A bigger operation with satellites in Wilmington, Delaware; Washington D.C. and Palm Beach, Tiedemann was overseeing $9 billion in investor funds, its clientele including the super rich.

“Tiedemann was doing what we really weren’t, and that was bringing the additional services related to the highest-end clients to the table,” Cobb says. “While we were building portfolios around risk, Tiedemann was meeting the market demand of higher-end clients with trust services and estate planning reviews.”

With such clients furthering the demand for holistic oversight of wealth, the merger of two market-tested heavyweights could even better serve their needs.

“We are now on the ground in the financial, technology, energy and political centers of the U.S.,” Michael Tiedemann said after the merger was consummated. “Tiedemann and Presidio share a single focus: Partner with clients to provide them with objective advice, and protect and grow their wealth for generations.”

A year and a half after the merger, Cobb says Tiedemann’s statement of 2016 continues to stand the test of time and changing markets.

“Almost all our mutual clients have stayed with the merged firm, and they’ve let us know that they’re drawing from the strength of both sides,” he says. “They’re getting more from the combined firm than they got pre-merger. I, too, am a client, and can attest to how I’m getting more in terms of expertise.”

And while the merger seemed seamless, Cobb reminds that no transaction involving $14 billion in assets will ever be fast-laned. While terms of the transaction remain confidential, about 18 months of planning went into it, with many possible issues pre-empted by the equity being distributed among 32 partners—some put aside for new shareholders, no one being bought out, and most of the info-tech left in place.

It also helped to have the services of Grant Thornton, the world’s fifth-largest professional services network of independent accounting and consulting member firms, with offices throughout the U.S.

“They’re just an outstanding partner,” Cobb says, praising one of Grant Thornton’s partners in Northern California, Jim Songey. “They’ve done our tax work year in and year out, and they really shine in something as complicated as a merger.”

With Songey’s leadership, Cobb says Presidio and Tiedemann mulled every possible permutation, good or bad. Having made much of his own living advising mergers and acquisitions, Cobb knew what to anticipate.

“Integration is the key to a successful merger,” he says. “It’s not just making the deal, it’s making the deal successful. Transactions by themselves won’t succeed without the management and governance being carefully planned.”

With Presidio Capital Advisors now part of Tiedemann Wealth Management, Cobb still has the rest of The Presidio Group to oversee, and it too is thriving. Its merchant banking operation entails investment banking and principal investing, each with particular attention on the auto retail sector.

With Cobb’s experience in M&A and raising capital, Presidio advises and invests in entrepreneurially led companies, family businesses, private equity firms and public corporations within the auto dealer sector. “Such specialization gives us understanding of each part of the auto retail business, so we can effectively support each client’s financial goal,” he says.

While Cobb, a married father of three daughters, has lots to keep him busy, he’s still hoping to reap the pleasures of the Bay Area as another summer heats up. An accomplished sailor, decades ago Cobb and his crew narrowly missed a spot on the 1988 U.S. Olympic three-man Soling team.

And the trio that outsailed Cobb’s boat, why they went on to be silver medalists behind an East German entry at the Summer Games in South Korea.

“No one remembers the silver medalists, let alone guys who came close in the Olympic trials,” says a laughing Cobb, who nowadays is more partial to bike racing.

Whatever his favorite pastime, soon to be two years after the Tiedemann-Presidio merger, it’s still smooth sailing.