When the Hyatt chain opened one of its newest resorts near the Caribbean paradise of Cancun on Mexico’s eastern shore, Carl Kernodle, vice president of planning and design, practiced his own method of quality assessment.

“I walk the property and talk to the people, asking them where they’re from, how they’re enjoying their vacation and what they think of the hotel,” explains the 51-year-old Kernodle, a licensed architect who has transitioned from designing Hyatt’s high-end lodging facilities to managing the people who do so.

The actual visitors being the most important critics of any sector of the hospitality industry, Kernodle wants their input on details great and small. Is the room’s lighting sufficient? What do they think of the flooring and art on the walls? Water pressure sufficient for showering? Any thoughts about the pool? Menu options interesting? Anything else on their minds? 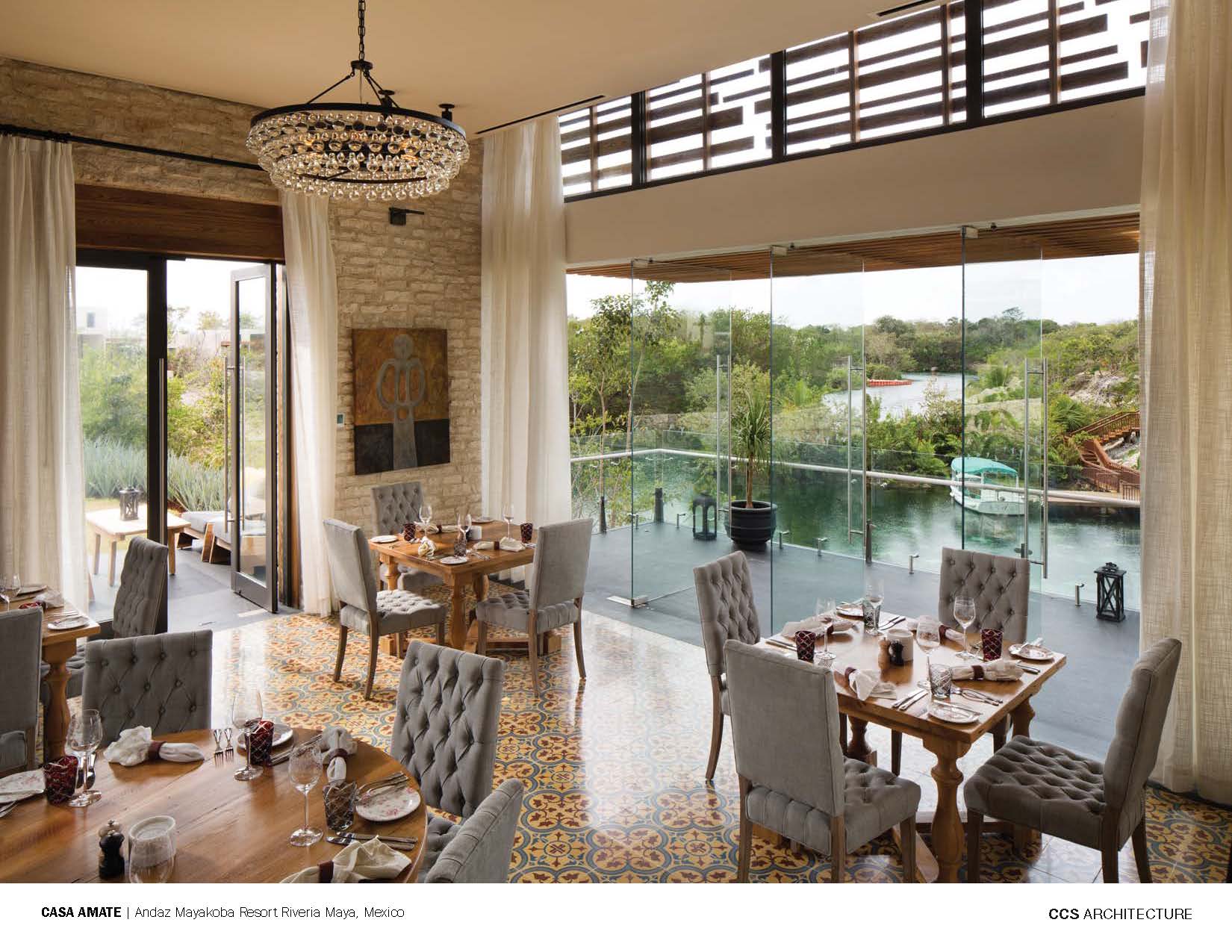 “As an architect, you want a candid, uncensored review,” Kernodle tells Vision in early November from Hyatt’s headquarters in Chicago. “If you hear something negative, you don’t take it personally. You use it as a driving force and a learning experience.”

Evidently, previous learning experiences were well applied before the completion of the Andaz Mayakoba Resort Riviera Maya. The casual conversations Kernodle conducted revealed a general satisfaction with the new hotel. Some visitors were already looking forward to coming back.

Kernodle, too, may be back, but it might be a while. He’ll have other new hotels to see before a return trip to this part of Mexico.

Hyatt may be a multinational chain, but there’s a big difference between designing hotels and, say, big-box stores. The latter are built to look alike anywhere; a convenience shoppers may appreciate. Branded hotels, on the other hand, may share some common denominators, but ideally reflect the nuances and needs of a particular locale, as the Mexican Hyatt so attests. It’s a point Kernodle emphasizes when assembling architects, subcontractors and third parties to design and build other Hyatt hotels.

“Local flavor is critical,” he says. “Our guests don’t just want to experience the hotel, they want to experience the city. We do that through many processes: the planning and design, the finishing touches and the art. Art has been a cornerstone of Hyatt hotels throughout history. We want something indicative of the destination, not just a branded venue that you might find elsewhere.”

A few months before Kernodle spoke with Vision, Minnesota-based Mortenson Development Inc. had broken ground for a $224 million downtown Hyatt in Portland, Oregon, that’s expected to open in late 2019 and enhance the adjacent Oregon Convention Center.

Partially financed by public bonds, this Hyatt will be counted on to attract between five and 10 major conventions in Portland annually, with revenue from lodging taxes expected to cover the debts. Portland also anticipates the hotel delivering a $600 million local economic impact, and further transforming the Lloyd District/Rose Quarter neighborhood that’s already experiencing a boon of new commercial and residential construction. 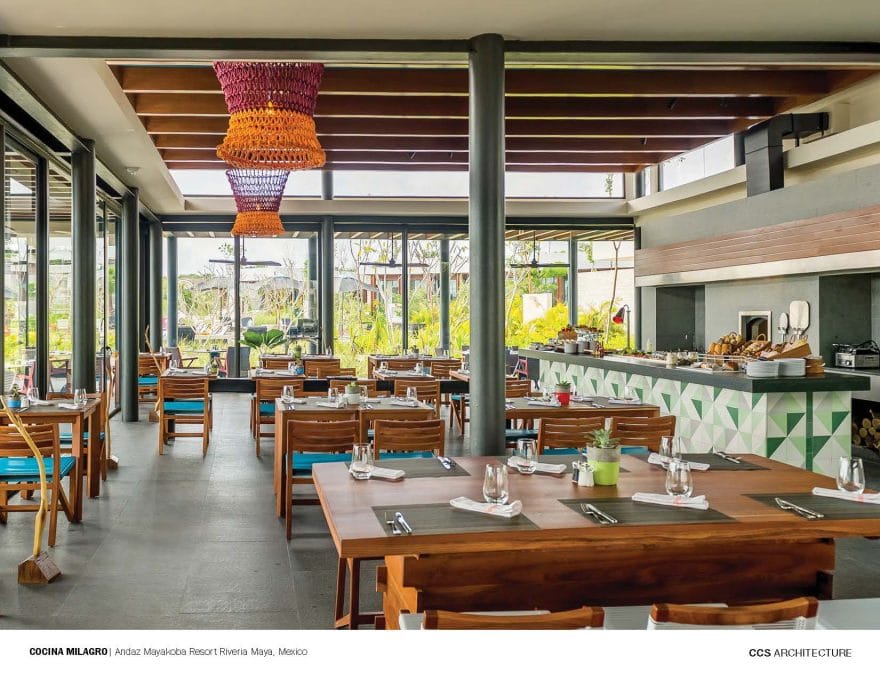 “I’ve personally been engaged over the past 15 years in Portland’s efforts to secure a convention hotel,” Kernodle says, explaining that the city’s stakeholders had to take myriad interests into account, including those from competing hotels. “But we’ve engaged with the city and worked with them to make the building relate to the overall neighborhood. We answered a lot of questions about site planning, massing, landscaping and building materials. We’ve even taken into account that Oregon has great flavors from their own doughnuts to beer, wine and coffee, which we’ll feature it in the hotel.”

Well to the east of Portland, in the City of Brotherly Love, Kernodle assures that the parochial concerns are of utmost important there, too, in the Hyatt Centric Philadelphia project.  The hotel is located in the Ritthenhouse Square neighborhood at the corner of 17th and Chancellor streets.

“It will reflect the feeling of Philadelphia,” Kernodle assures, adding that the hotel will be geared to visitors wanting to explore the historic city.

Builder from the start

The building process has long carried a fascination for the Arkansas-born Kernodle, who says his childhood was spent with LEGO bricks, Lincoln Logs and Erector Sets. When he was in the fifth grade, his parents built a modest contemporary home in the small city of Wynne, and the precocious youngster was tagging along with the builders, asking questions and even making suggestions.

“That’s when I decided what I wanted to do as a career, although I did deviate for a short time,” says Kernodle, who actually majored in pre-med at Baylor University for two years before pursing architecture at the University of Arkansas, graduating in 1991.

That truly was his calling, as he went on to be the architectural school’s valedictorian and earned some prestigious awards along the way. The American Institute of Architecture presented him with its Henry Adams School Medal for scholastic achievement, character, leadership and professional potential. He also won the University Senior Scholar Award for the highest grade-point average in his field of study. 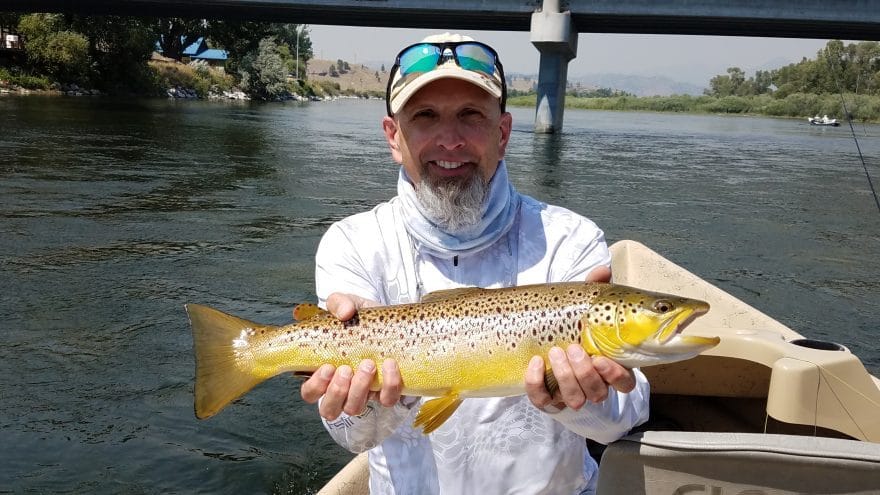 While completing his undergraduate degree, Kernodle worked for one of his much-admired professors, Steve Miller, who practiced as well as taught architecture at the University of Arkansas, and remains an inspiration to his long-ago student.

“We worked in a single room studio that was connected to his home,” Kernodle fondly remembers. “I had immediate contact with clients and projects that molded my early engagement in the actual profession. He put both skills (teaching and designing) to work, as I want to do. Shortly after graduation, I began designing hospitality projects as gaming regulations introduced riverboat casinos up and down the Mississippi River.”

Blending the design, development and hospitality experiences led him to join Hyatt as vice president of architecture and design in 2007, his duties including defining, writing and maintaining the design criteria for North American full-service properties and co-creating the chain’s first sustainable design criteria.

Several promotions later landed him in the role he’s had since 2015, where he manages and executes the predesign, planning and design aspects for hotels, resorts and residential projects. It’s less hands-on than he once planned to be, but he’s in a role that might encompass even more skills.

“Our project design efforts aren’t internally performed by Hyatt. We hire design firms, and I guide them through the Hyatt philosophy,” he says. “It takes finesse to get the best out of all the individuals involved in the process—I’m like a professor or a coach. The fun part is getting to see the outcome. For me it’s like seeing the house my parents built.”

Maybe better, when the guests—the real arbiters of Hyatt’s performance—give it positive reviews as they did in Mexico. 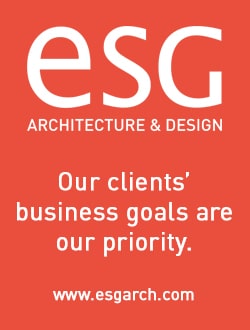 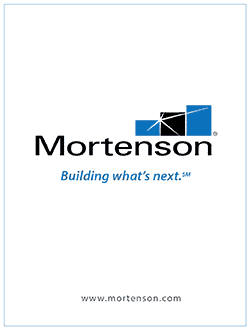 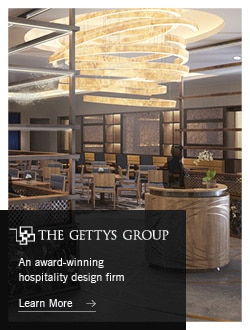 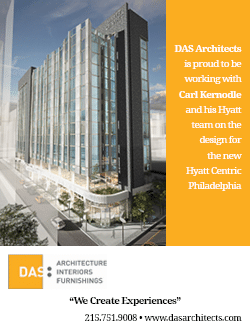 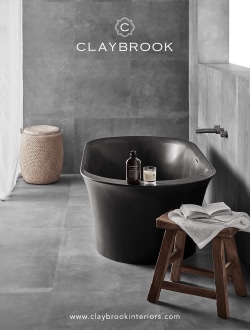