Making a difference to diversity in insurance

Tending to personnel matters for 10 years at a Maine bank had its moments, but Catherine F. Lamson had an epiphany of sorts during the 1980s. Health care seemed a wilder ride, “where rubber meets the road,” she recalls thinking.

So she took her HR skillset from banking to a hospital, then to a diagnostics lab and in 2002 to Portland-headquartered MEMIC where she’s served as senior vice president and chief administrative officer for the past dozen years.

Two decades have flown by at this workers’ compensation insurance specialist with its offices in eight states, she tells Vision in February. And lest anyone perceive insurance to be a bland industry, Lamson’s vocal about setting them straight even if it means blowing the lid off a well-kept secret. 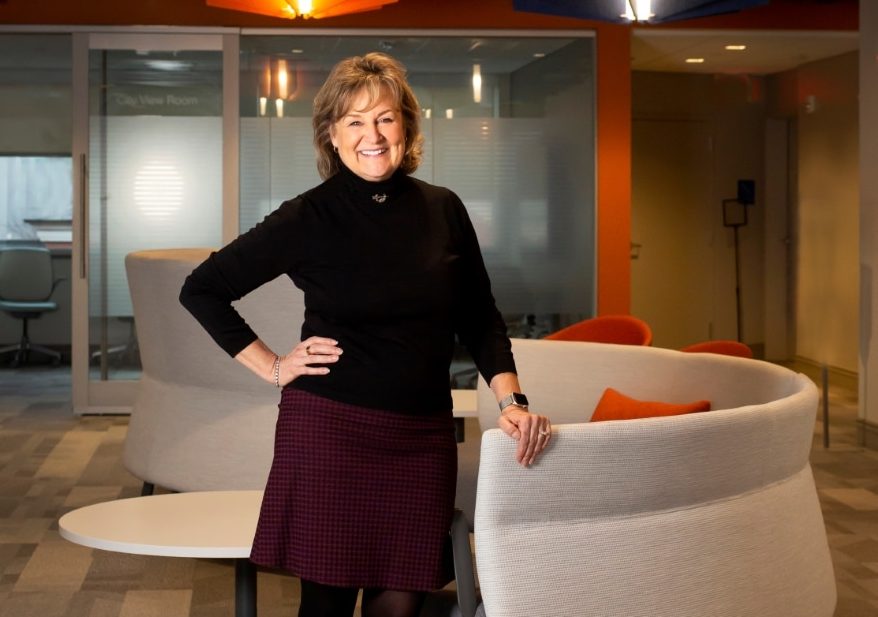 “Insurance is a very sexy business,” Lamson emphasizes. “But I don’t think it’s been that vocal in recruiting women. As we’re embarking on new technologies, there are opportunities for infotech engineers, software developers, healthcare professionals such as nurses and physical therapists, and actuaries and accountants. Great industry for women to be paid and treated equally.”

But for whatever reasons, young women haven’t been seizing upon this industry, and that’s one of the areas where Lamson is most passionate about making a difference. That starts with steering girls toward science, technology, engineering and math.

Lamson recalls attending a summit for a Million Women Mentors in Washington, D.C., during the 2010s. When thumbing through a state-by-state organization publication with no entry for Maine, she was told that nobody from there had volunteered to lead a chapter. So Lamson stepped up as state chairwoman, sponsored the network’s Women in Insurance group and won MEMIC accolades for its progressive work environment.

“A success story that provides a scalable model for how corporate leaders can work to impact change locally, on the ground, in their state at networking events and school STEM nights,” the network said while presenting MEMIC with its Corporate State Advocacy Award in 2018. Two years later, the citation of Trail Blazer Award was added to the company’s display wall. 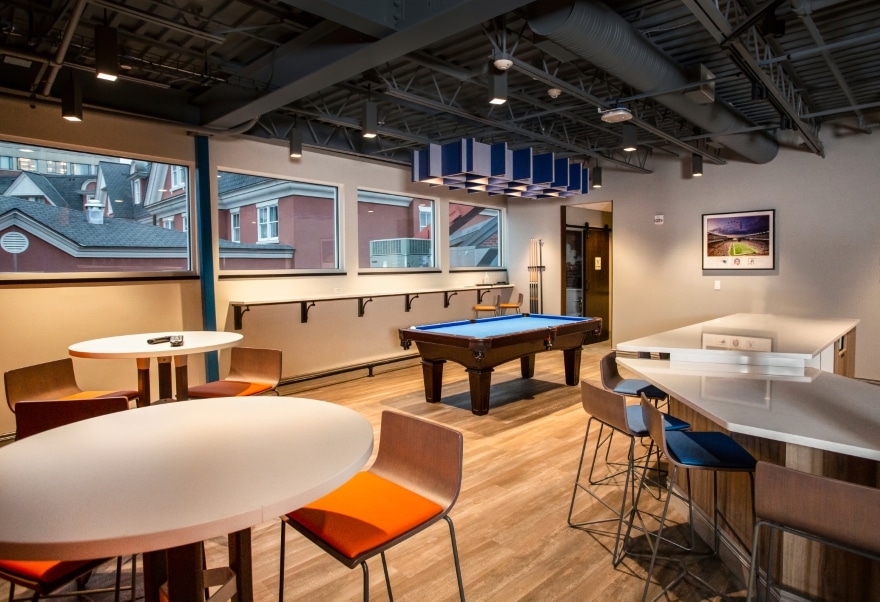 That award recognized her for fronting initiatives that enable MEMIC’s nationwide pursuit of young talent of all genders and ethnicities. Maine being among the whitest and oldest states nationally, she has MEMIC’s messages crossing physical borders and cultural boundaries through social media and partnerships with colleges and universities whose curriculums include risk management and insurance. Recruiting tools run the gamut from paid internships, student loan reimbursements and internal mentoring.

“The environment we operate in doesn’t have to be the environment we recruit from,” she says. “And once we introduce them to MEMIC, they find it’s a company where they’ll feel valued. We’ve never had a high turnover rate; it’s always been below the industry average.”

COVID-19 will have increased employee turnover by the time the pandemic runs its course. Lamson explains that it’s been especially difficult for some women to combine work with other responsibilities that could include children, home schooling and caring for sick or elderly family members. But it’s also an opportunity to bring in and groom bright and young diverse talent for future leadership roles.

Automation being used to overhaul many insurance practices, candidates with a diverse STEM, or science, technology, engineering and math background will be especially in demand. The average age of the MEMIC worker has been reduced over the last few years with millennials and Gen Z bringing their diverse backgrounds and views. “The richness that they bring is inspiring to those of us looking for that diversity,” Lamson says. 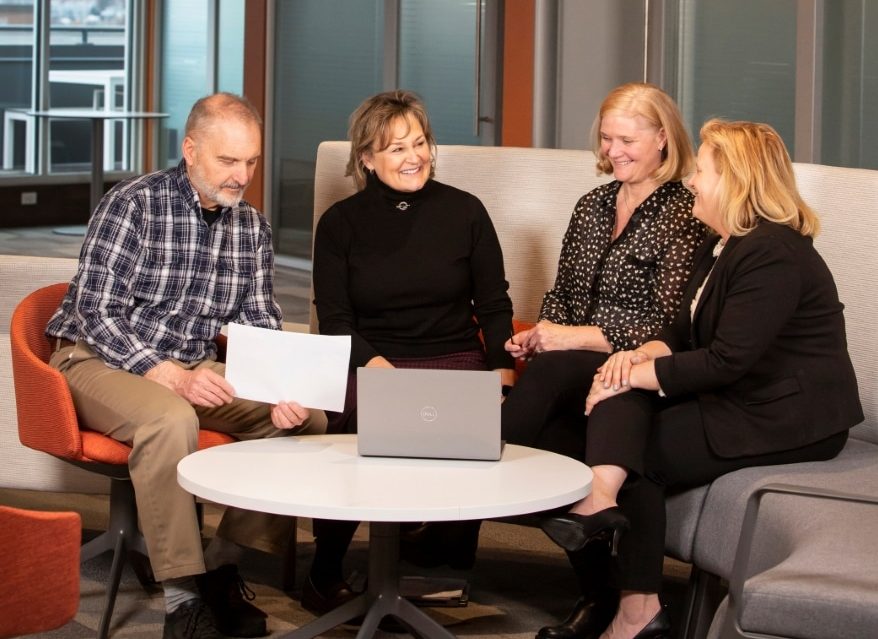 With the remote or hybrid office here to stay, she sees MEMIC benefiting from a wider talent pool with employees working where they choose while still making meaningful contributions on the job.

“We’re seeing more opportunity to bring in the next generation that will be the workplace of the future,” Lamson says. “We want to set ourselves up to look for diverse team members that bring individual contributions and team building skills that enhance our workplace. Our workforce of the future will be enhanced with the soft skills that we so richly embrace both as individual contributors and members of larger teams.”

Aside from her leadership role in the Maine chapter of Million Women Mentors, she’s a board member of the Olympia Snowe Women’s Leadership Institute. A former U.S. senator from Maine, Snowe assembled the institute in 2015 to broaden professional opportunities for women, and Lamson mentored eight girls through Lewiston High School’s program. She also networks through other professional organizations and keeps civically engaged in her rural hometown of Buxton.

It’s there that Lamson used to dabble in farming and now leads the local chapter of the Dorcas Society. A philanthropic organization named for a female disciple of Christ, the Dorcas Society arranges an annual fund-raising summer event to benefit local libraries, feed seniors, provide winter clothing and gifts during holiday season, provide heating oil to those in need and funds a scholarship for a student pursuing a degree in education. 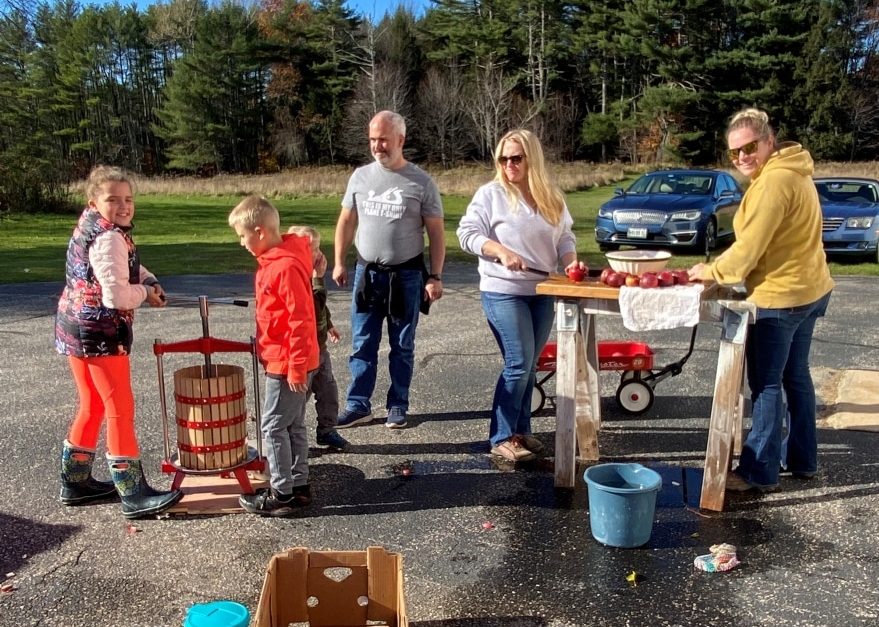 “It was a smashing success,” she says.

So there’s always much to keep Lamson busy. A mother of two grown daughters, she also has three grandchildren, all of whom Lamson will stress the importance of STEM. Though organizational leadership was her course study at the University of New England, she’s picked up a lot of STEM since then, particularly at MEMIC. She can’t emphasize enough what a great equalizer it is or what a sexy business the insurance industry can be.

“We need to shout that from the rooftops,” Lamson says. “And tell women it’s a great place for them to develop their careers and have the work-life balance that we so richly need for career success.” 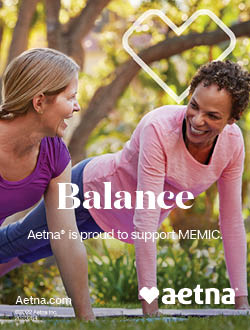 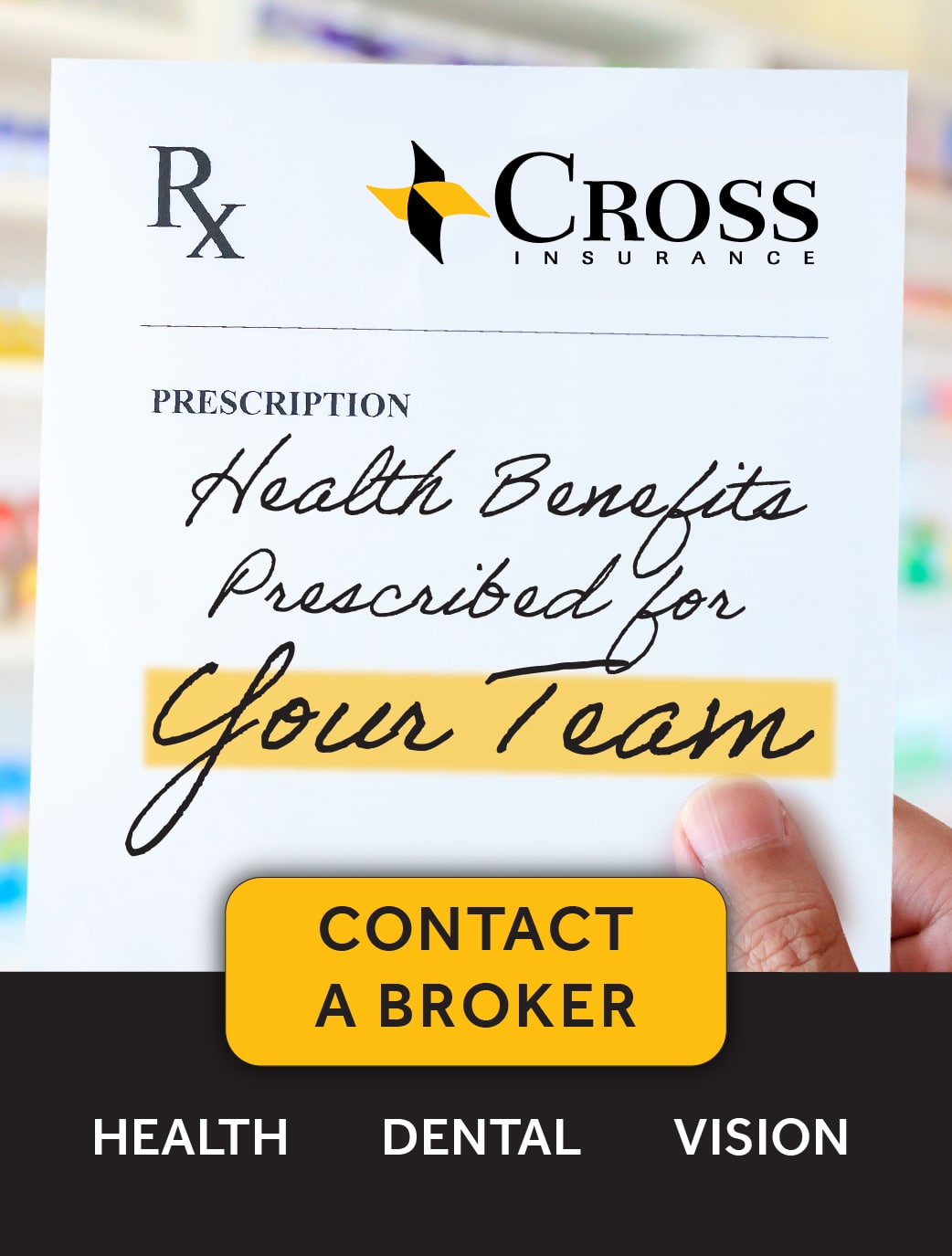 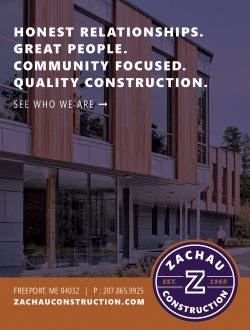