Cordova Electric Cooperative Inc. (CEC) is the sole electrical utility for the coastal community of Cordova, Alaska, and CEC has gradually established itself as a trailblazer for reliable, green, clean, renewable energy production. In fact, the cooperative was founded in 1978 after visionary town members voted to establish a community-owned electric cooperative capable of lighting up the town, even through periods of severe coastal storms. After 33 years CEC continues to make decisions with the community’s long-term energy needs in mind, while providing its membership with sustainable, reliable and renewable electricity. 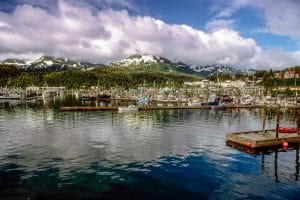 “We don’t worry about tomorrow so much as we worry about what will happen 10 years from now,” says Clay Koplin, CEO of CEC. “This is mainly because we believe in making tough decisions that we know will pan out for the benefit of our members.”

In CEC’s early days the hard decisions Koplin is referring to resulted in a 33-year-long campaign to bring all of Cordova’s overhead power lines underground, which CEC achieved in September 2011. CEC proudly served roughly 1,500 members in 2012 with 77 miles of power lines, one substation and the power generation capacity of 14.98 megawatts.

There are few electrical cooperatives in the country capable of handling both generation and distribution of power, but Cordova’s remote location surrounded by steep mountain ranges and the Pacific Ocean makes transmission from nearby stations prohibitively costly. The town is nestled so deeply into the landscape that Cordova’s roads can’t connect to the existing Alaskan roadways, meaning all shipments must come by air, by boat or not at all.

Luckily, the team at CEC has made the most of Cordova’s remote location within the Chugach National Forest by investing in technologies to alleviate the town’s dependence on fossil fuels.

“We don’t worry about tomorrow so much as we worry about what will happen 10 years from now.”

“It was a visionary move, not only because the price of diesel at the time was so competitive, but also because they set the wheels in motion well ahead of the Exxon Valdez Oil Spill, which happened right on our front doorstep,” says Koplin.

In the wake of the devastating oil spill, CEC turned the team’s mission to reduce the cooperative’s and the town’s dependence on diesel fuel into what Koplin describes as “almost a religion.” That same year construction broke ground on the cooperative’s first hydroelectric power station, the Humpback Creek Hydro Electric station.

The station was built within the footprint of a pre-existing hydroelectric project built during Alaska’s booming copper mining days, which subsequently fell into disrepair. CEC brought the 1.25-megawatt project online by 1991, and in 1998 CEC moved to begin construction on the 6-megawatt Power Creek Hydroelectric Project.

The two hydroelectric dams supply 78 percent of Cordova’s total electricity needs, according to Koplin, with the remainder produced by the 7.4-megawatt Orca Diesel Generation Plant. The diesel plant is primarily used during Alaska’s harsh winters, when the rivers freeze over and hydroelectric power generation is simply not possible.

The team is as committed as ever to reduce the use of diesel fuel and maximize efficiency of the cooperative’s diesel plant. Simply put, a dependence on fossil fuels means Cordova banks on oil tankers consistently being able to reach the remote town and that the oil carried would still be available, which is not a promising position to be in should worldwide demand spike. “We installed a heat recovery system to our diesel plant, which we expect will improve its efficiency by five to seven percent,” explains Koplin. 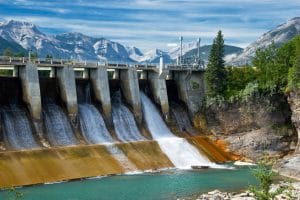 CEC’s past projects include a town-wide retrofit of street lights to high-efficiency LED bulbs, the distribution of thousands of compact fluorescent light bulbs to members, as well as establishing an agreement with the local Native Village of Eyak to develop mutually beneficial renewable-energy projects. CEC also distributed wind anemometers to the village as a preliminary step toward establishing the feasibility of wind-power projects, as well as the purchase of waste-oil boiler controls for the local high school.

A high-altitude, low-impact hydroelectric storage prospect north of Cordova at Snyder Falls Creek could be the end-all for CEC’s green goal. Because of the high altitude, the relatively small basic could provide 100 percent of Cordova’s winter electrical demands, with plenty more surplus in the summer. The project is in a preliminary feasibility study phase, and appears able to provide the renewable-electricity goal.

The cooperative has made many efforts in helping its community and the surrounding environment. CEC’s efforts to go green have not always gone smoothly, as was the case when a super storm pummeled coastal Alaska in October 2006, dumping over 24 inches of rainfall in 24 hours. The deluge triggered a flash flood, subsequently damaging the Humpback Creek Hydroelectric Power Station, which was in the process of being renovated. The flood led to substantial eroding of the access road bridge abutments, the station’s concrete footings, the project tailrace and electrical equipment in the station’s powerhouse. The force of the flood was so strong that a five-ton transformer was washed downstream and a 500-pound transformer was also washed out to sea only to be discovered at low tide, stuck in a mud flat more than a mile offshore.

The damage came just as the Federal Emergency Management Agency (FEMA) was beginning its Hurricane Katrina recovery efforts, and hydroelectric power isn’t recognized as a renewable energy at the federal level. Nevertheless, CEC managed to secure $5.3 million in funds from FEMA and over $8 million through Alaska’s renewable-energy grant program.

The cooperative’s notable efforts have also helped turn Cordova into a premier fishing port, one that was named the fifth largest dollar catch port in the country, according to a 2010 survey released by the National Oceanic and Atmospheric Administration. “We have become an attractive port for the fishing industry because we don’t use any diesel during the summers,” says Koplin. Thanks to Cordova the fish processors don’t have to rely on offshore equipment powered by diesel fuel, and one producer of pharmaceutical-grade fish oil actually went as far as relocating its facility from Mexico to Cordova in order to reap the benefits.

Like good hearts do, Koplin feels there is still plenty of work to be done. CEC’s next mission will be to find more uses for the excess amount of energy produced during the summer, as its hydroelectric stations are all run-of-the-river in design.

“One of our biggest opportunities right now is in the use of hybrid electric vehicles,” he explains. “We have been working for over a year to establish partnerships with the automobile industry to create additional incentives for the Cordova community and ultimately to maximize the value of our renewable energy projects.” The boost in electric vehicles would provide a use for the excess summer electricity and CEC would look to provide the cooperative’s green energy to the benefit of the automobile industry.

There may be plenty of legwork left to be done on that end, but CEC has the benefit of being a member of the Renewable Energy Alaska Project (REAP), a coalition of large and small entities – both public and private – dedicated to the development of Alaska’s extensive renewable-energy resources. “We have worked with REAP on a number of projects, because the items REAP advocates for are often ones we advocate for as well,” opines Koplin.

The extra industry support will help CEC continue to push for the implementation of renewable, affordable energy technologies in Cordova, Alaska, as well as around the world. The Cordova Electric Cooperative Inc. will build a legacy of sustainability as a result, setting an example for the green-energy movement’s future.