Glad he sank his teeth into this startup

Merrill Lynch is bullish on America. So is Bite Squad, but primarily on Middle America—the large towns and smaller cities that don’t so often appear on the radar screens of its bigger competitors.

Hence a land of opportunity for a still-young company that’s filling the niche of delivering freshly cooked restaurant meals to customers who order and pay either online or through a Bite Squad app, with fees based on distance of delivery. There’s even a five-step status checker that lets the customer track the meal’s progress. 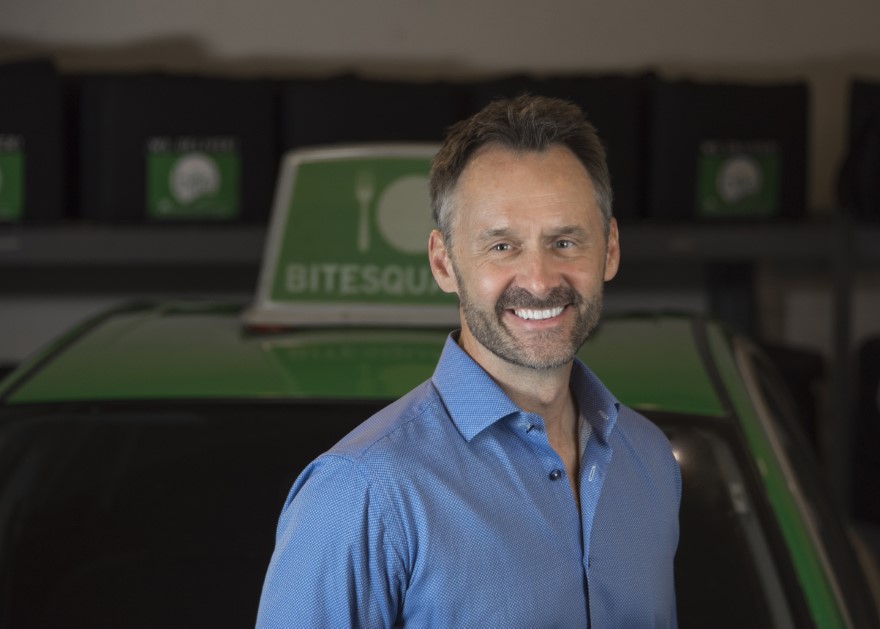 Bite Squad is ahead of the game everywhere else, he points out, the six-year-old company even outpacing the overall growth of the industry that’s said to be in the 30 to 50 percent range.

“Each week we’re opening new markets and expanding into existing ones,” the good-natured Schramm tells Vanguard in October, noting that the company website may not be quite up to date, its list of 300-plus cities in 17 states possibly being at least a few short of where Bite Squad has most recently set up shop.

Its growth organic and otherwise—Bite Squad will buy out some small operators—the company is looking to be active in 400 cities by the end of the year with an eye on going public. That kind of expansion is sure to keep a lot on Schramm’s plate.

“Compliance is the number-one issue as we continue to grow,” Schramm says, reminding that each state has its own rules and regulations for such matters as employment and truth in advertising, putting the onus on a one-man legal team to keep up to speed with what’s changing where and when.

“The biggest area for us with respect to compliance is the hourly wage laws in each state,” he says “There are also matters such as sick time, tip credit and even what has to be written on the paychecks and offer letters.” 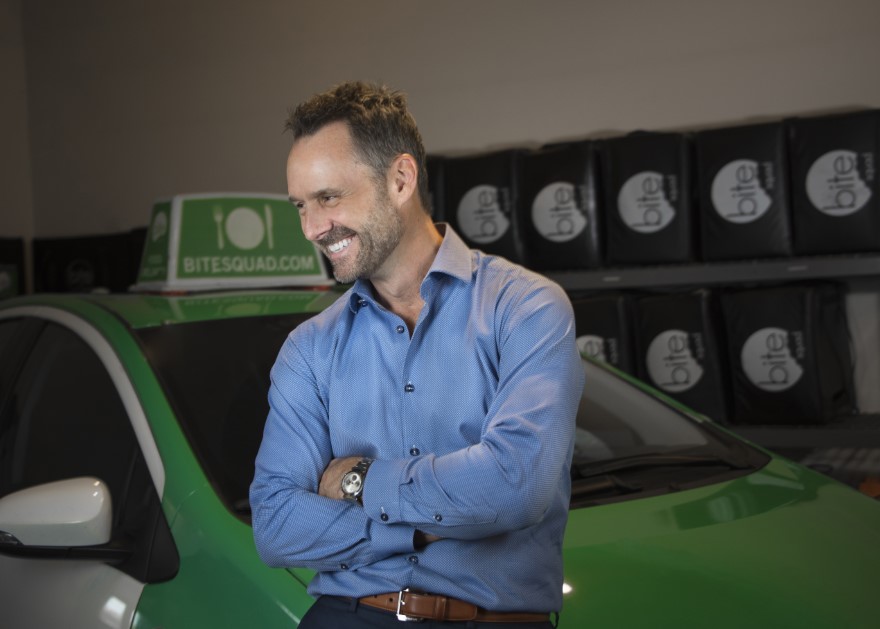 He lauds the company for a progressive approach that includes making its primary workforce of 6,000—the drivers—W2 part- and full-time employees rather than the independent contractors used by “the 800-pound gorillas” in the big cities. In the long run Schramm says there’s much to be gained by paying extra for dependable drivers who, in many cases, may be college students or retirees eager to pocket $20 an hour for an afternoon, evening or weekend of delivering on behalf of restaurants ranging from pricy steakhouses to Dairy Queen.

“Our customer demographic might be equally dispersed among the age groups,” he says. “Millennials might want a delivery so they can stay at home and play their board games or watch Netflix while elders may not be able to drive at night. Then there are office parties that want our service. Our base just keeps growing.”

Bite Squad also maintains a handful of full-timers in each state to handle the administrative work as well as interview, vet and hire the drivers, insistent on good safety records.

A William Mitchell College of Law grad who broadened his skills with a Boston University School of Management mini-MBA for general counsels, Schramm recalls an early interest in the legal profession being inspired by every budding lawyer’s favorite TV show, “L.A. Law.” While he acquitted himself well in litigation, Schramm opted not to sustain a career with the firms. 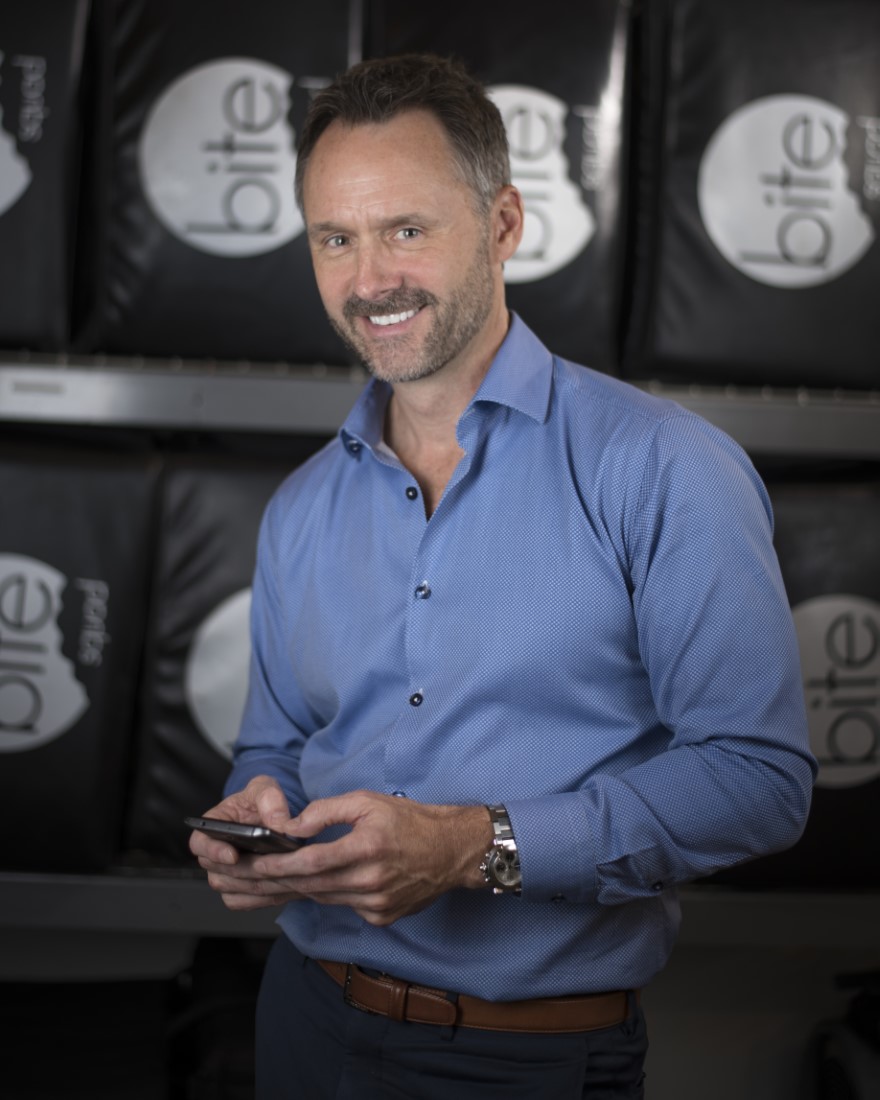 “Litigation can be about repairing broken relationships—acrimonious with court-imposed deadlines,” he says. “I wanted to be on the other side, putting the deal together.”

That he’s done, even putting together deals for the World Poker Tour during a decade-long stint with Minnetonka, Minnesota-based Lakes Entertainment Inc.—which founded the World Poker Tour in 2002—merging one of his pastimes with a viable business operation that would be bought by several companies, most recently for $35 million by Ourgame International Holdings in 2015.

Such an entrepreneurial spirit caught the attention of another Minnesota company, the Eden Prairie-based home shopping channel Evine Live, which recruited Schramm to come aboard as general counsel, senior vice president and corporate secretary in 2015.

A most fun gig, Schramm says, with on-set appearances with celebrities such as Suzanne Somers, helping it go head-to-head with HSN and QVC. Schramm might still be there had it not been for an earlier interaction with Arash Allaei, who would go on to co-found Bite Squad with Kian Salehi.

Years earlier, Schramm had handled legal matters for Allaei’s dad, eventually employing him in a venture capital firm founded in the Czech Republic. Schramm had also crossed paths with the other co-founder, the Iranian-born Salehi who had acquired something of a reputation as a Boy Wonder in the Twin Cities, founding KASA Capital in 2008, which sought to capitalize on the merger of technology and customer service.

Among the offshoots: Bite Squad, and the tag team of Allaei and Salehi beckoning Schramm to be part of the fledgling company.

“It took a while for them to tie me down,” Schramm says with a laugh. “But I did my due diligence and found Bite Squad to be a high-growth company with an upside.”

Seems the appetite is there for fresh cooked meals conveniently delivered, Middle America not to miss out after all, and the 50-year-old Schramm feeling right at home as an in-house “stage elder” with creds in business and law to go with an adventurous spirit. 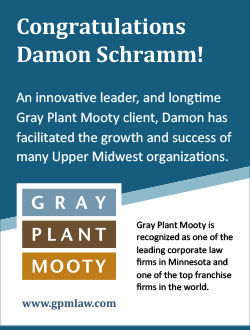