The title to his latest book might sound like something a debauched rock ‘n roller would fess up to: “Thirty Years in a White Haze.”

“Not that kind of powder,” Dan Egan emphasizes with a laugh. On the contrary, he’s referring to what can be the fluffy and pristine gift from above or the cause in rendering someone snowblind.

Sometimes both, and more on the latter later.

But suffice it to say that Egan has experienced all facets of that white haze, going from young and reckless ski bum to spiritual grey-haired and multimedia-making pioneer of action sports, starting out with extreme skiing and embracing other white-knuckle endeavors. 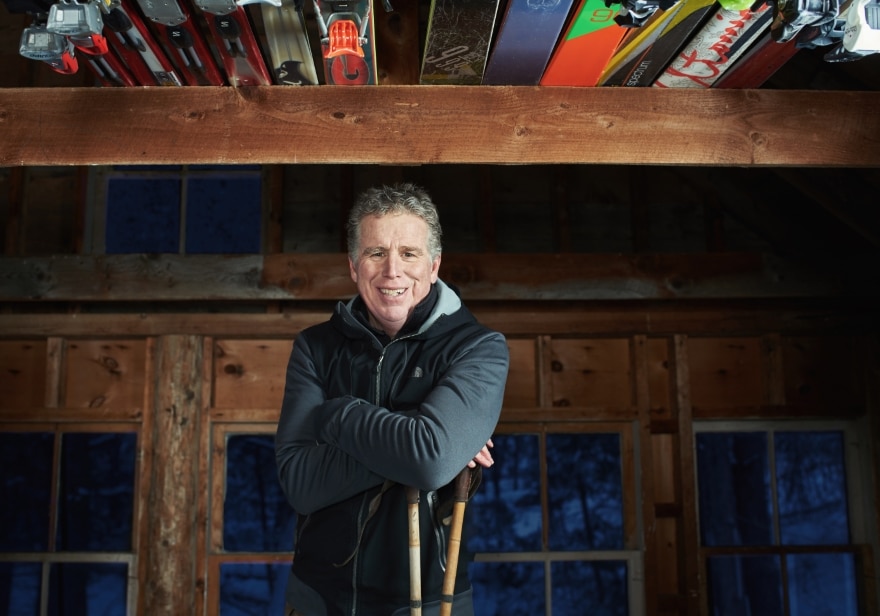 Founder and president of Degan Media of Campton, New Hampshire, the Warren Miller protégé can lay claim to being a bellwether of sorts for taking the niche films of the 1980s into a modern billion-dollar industry through shrewd branding, building and distribution.

Quite a ride it continues to be, Egan says from his office in the foothills of the White Mountains. Only not so breakneck as in early days.

The daredevil endures but has been tempered by discipline and such character builders as divorce, sobriety, bankruptcy and four knee surgeries. All figure in maintaining a constructive work-play quotient that nowadays may tilt toward the former, though Egan will always find a way to mix business with pleasure.

Passionate in all pursuits

That seemed the case when Egan, just back from helping to skipper a yacht from Bermuda to Cape Cod, fielded a midsummer call from Vision. Though skiing is his first passion, he’ll keep busy year-round—Degan Media’s video production, marketing, consulting and Xtreme Radio not being pursuits to be taken casually.

“Video can engage someone anywhere—right now,” Egan says, touting his ability to reach the world via live streaming. “We can bring your event to anyone in the world—as it happens.”

Though the more conspicuous events may involve sports and pre- and post-game shows spiced with replays and commentary, Degan Media is just as capable when streaming sales meetings, webinars, training sessions and even remote coaching sessions. 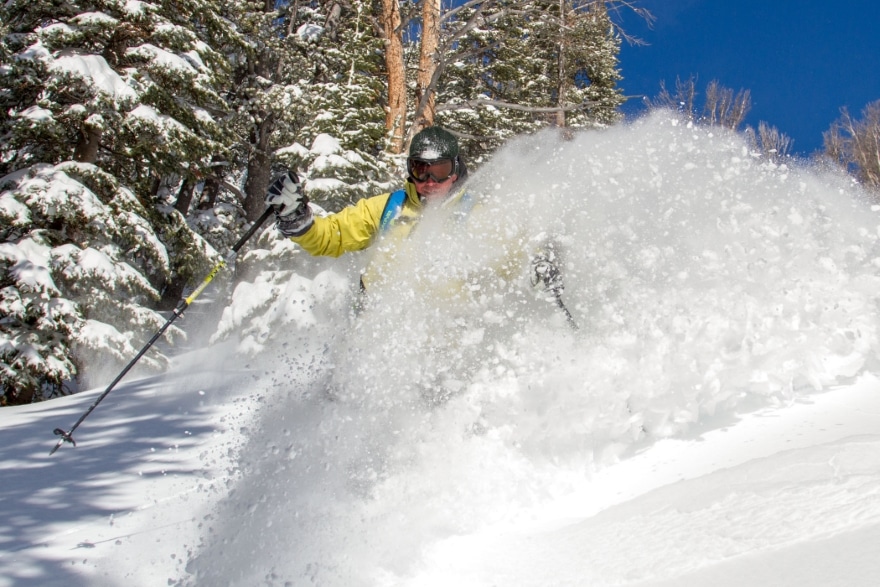 Marketing a must in any modern sport, Degan Media has raised the profile of athletes and sponsors in such events as the Olympics and the America’s Cup.

“We think of creativity not just for entertainment value but as a means to deliver results,” he says. “We look at analytics as our teachers and measuring sticks, ensuring that our partners get the best results from their marketing investment.”

He’ll also target that message on Indie617, the 24/7 streaming digital station that includes his show, “Fresh Tracks,” and some of Boston’s top sports personalities. And come winter, which can’t come soon enough for Egan, he’ll be hosting clinics at Vermont’s Killington, Montana’s Big Sky and the European Alps, aided by two of his sponsors—Elan Skis and Alps & Meters ski clothes.

For skiing, after all, has been at the root of Egan’s endeavors.

“The essence of skiing is to free your mind,” Egan says. “And where you’re going tomorrow is based on decisions you make today.”

A decision to finish his studies at Babson College and develop his ski abilities, simultaneously in 1987, put Egan in position to take advantage of contacts his older brother John would make while skiing professionally at Vermont’s Sugarbush Valley and California’s Squaw Valley. The Egan Brothers they’d come to be known, John having distinguished himself as the only skier to compete on the World Pro Mobile Tour and the World Pro Race Tour in the same year, 1980, garnering ninth-place and top-20 finishes, respectively.

“We’d go to mogul competitions and I needed a business plan in order to survive,” Egan recalls. “So I’d get cash sponsors and start making movies. I told the first guy I got a contract with that ‘we are going to go around the world and make movies.’”

A perfect storm in the best of ways aided their cause—the famous Mahre twins retiring, the explosion of cable and VHS, and the beginning of a long relationship with Miller, then a spry 60-something still producing films of extreme skiing.

When Miller mused there would be fewer wars if more folks skied, Egan suggested they go wherever CNN went during the late 1980s and early 1990s. They’d ski and film with East and West Germans when the Berlin Wall was coming down. They’d do the same with Russians during those heady days of Perestroika. They’d invite Kurds to the slopes during the first Gulf War. They’d have their passports stamped in Romania and Yugoslavia, and remind the world that Sarajevo had hosted the 1984 Winter Olympics.

“It made the world see these people in a different light,” Egan says. “People had only heard war stories about the Kurds or Serbs. We wanted to humanize the locations and show these people having fun. We didn’t change the world, but at least we were able to highlight these cultures in a positive way. Something good had to come from us attaching ourselves to a cause greater than ourselves.”

On the more commercial fronts, the X Games and Red Bull culture can be seen as outgrowths of the Egan-Miller collaborations. Miller having died last year at the age of 93, Egan carries on, and often with a spiritual bent he partially attributes to a near-death experience on one of Russia’s highest peaks in 1990, detailed graphically in “White Haze.”

“There was something about nearly freezing to death that figured in my spiritual journey,” he explains. “And I was one of the lucky ones.”

Dozens weren’t so fortunate, as in the span of a week, 33 climbers in 11 separate expeditions perished from avalanches or frostbite, including several in Egan’s party at Mount Elbrus. 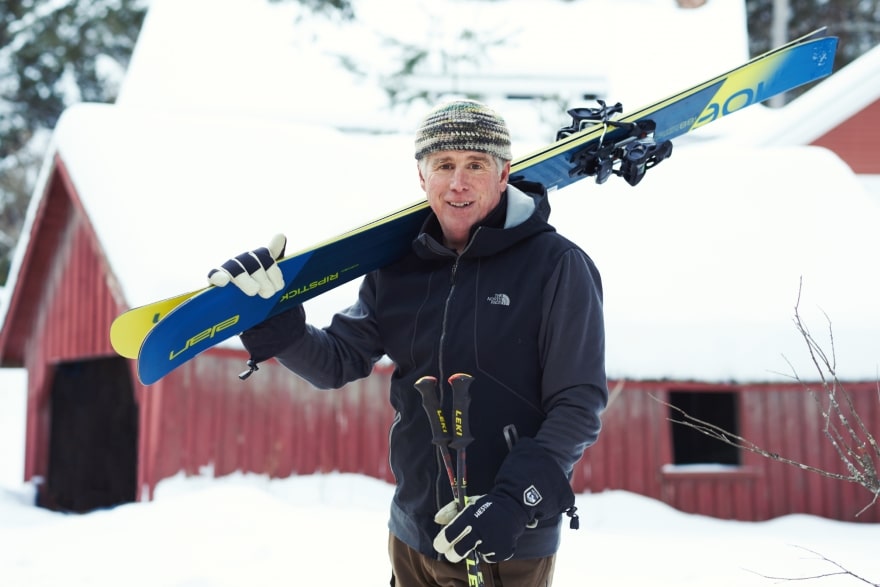 Finding refuge with other survivors in a snow cave, a nearly frostbitten Egan drifted in and out of consciousness before being revived by a Russian rescuer. Next day, partially recovered, Egan helped rescue another 14 climbers, and he’s since found himself empathizing with a biblical character.

“I too feel like I’ve gone through the belly of the whale,” says Egan, whose many professional accolades include a 1991 Telly Award for “Disaster on Mt. Elbrus.” “Just like Jonah, I’ve been converted from disobedience into obedience.”

And the firm he founded in 2009 is doing just fine, Degan Media being relied upon by such heavyweights as The North Face, Suzuki, Sprint, Sperry, Top-Sider, Coors and Prinoth for coverage and promotion of events they sponsor. Then there are Egan’s extracurricular Christian podcasts and inspirational shorts he’s produced for CatholicTV.

“Perseverance and gazing at God is where I get my strength,” says Egan, now sober for 30 years. “As a young man, you’re bred for battle and are prone to blind ambition. One day you wake up and you’re 50 and find you have nothing left to prove but want a greater purpose.”

All the better when he can mix that purpose with skiing.