With the global pandemic moving everything from timesheets to happy hours into the digital arena, companies across the nation very suddenly needed information technology staff. Dawn Ponico’s employer—the information technology and healthcare staffing firm Mitchell Martin—helped meet that demand, sourcing over 1800 employees for clients during 2021.

It also grew its own staff. As Ponico explains, prior to the pandemic, the company typically hired people within commuting distance of its New York, North Carolina, Philadelphia or New Jersey offices. This allowed employees to meet with and easily contact leadership and executives— an exception was staff working in the Philippines and India. 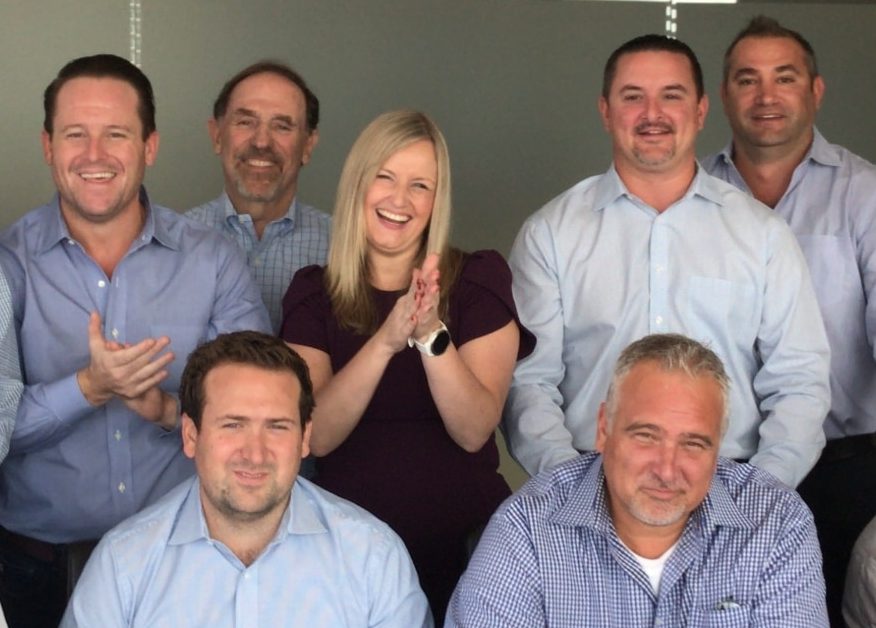 “We wanted to provide remote hires with the same experience and level of engagement previous hires had experienced,” Ponico says.

Accomplishing this task would be a challenge, especially with nearly 200 Mitchell Martin employees spread across the states, and fewer located near the New York headquarters. Ponico was lamenting this very fact during a phone conversation in early September 2021 with the company’s learning and development manager, Jordon Lyons.

A convergence of communication

Not long after the call, Ponico and Lyons pitched the idea for the in-person networking and training event to the company’s president, Gene Holtzman—who loved the idea. They called it Convergecon, an event that would include training and networking.

“We sprang into a whirlwind of activity working with marketing teams and managers to develop breakout sessions and team building events like ice breakers,” Ponico recalls.

They organized a “meet and greet” executive panel. They also worked with sales and recruiting leaders to orchestrate fun and interactive discussions on topics like time management and personal branding. Ponico says that even in the planning phases, the company’s leaders said they wanted to participate in conversations, not just lead them—posing a challenge for those attending virtually. 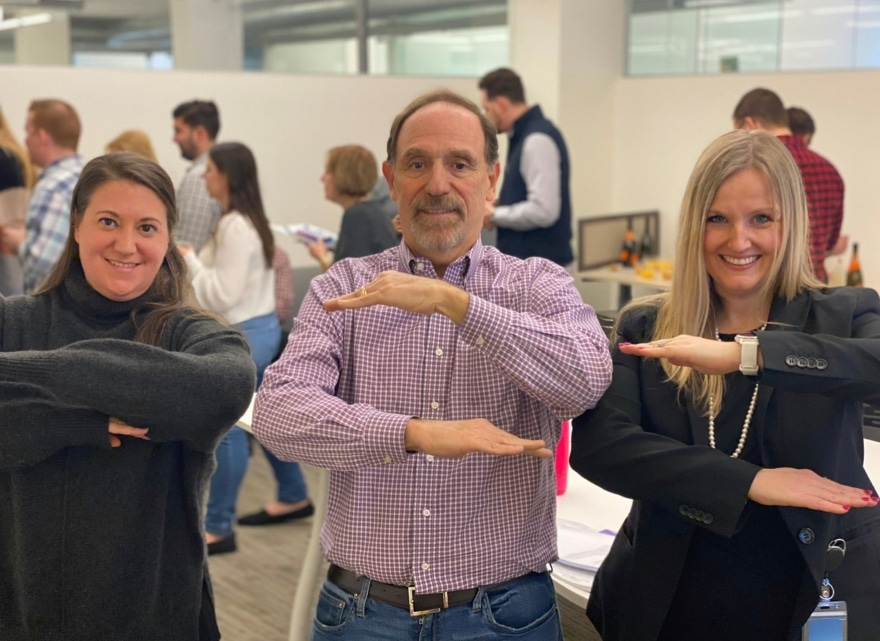 She adds that they had just two months to cover other matters for the two-day event, like food and accommodation. They also had to pick a venue in New Jersey that would allow for social distancing of the nearly 50 people who would be attending

“We were live in November,” Ponico says, “and the feedback we received from attendees—new, remote hires, senior employees and leadership—was that it was a rousing success in popping those virtual bubbles in which we all get so comfortable when working from home.”

Before Convergicon, Ponico was already looking for ways to show employee appreciation and deepen their engagement with the company—especially as the pandemic relegated everyone to virtual workplaces. In February 2021, she started working with her human resources business partner, Christina Salina, to create what’s now called the All-Stars Rewards program.

Launched two months later, in April, the program gives prizes—such as recognition in the company newsletter, $150 gift card and a personalized glass trophy—to five employees each month. There was a prior recognition program, but only the sales and recruiting departments could participate. This new program, developed by Ponico and Salina, was designed to recognize all employees, including those in India and the Philippines. 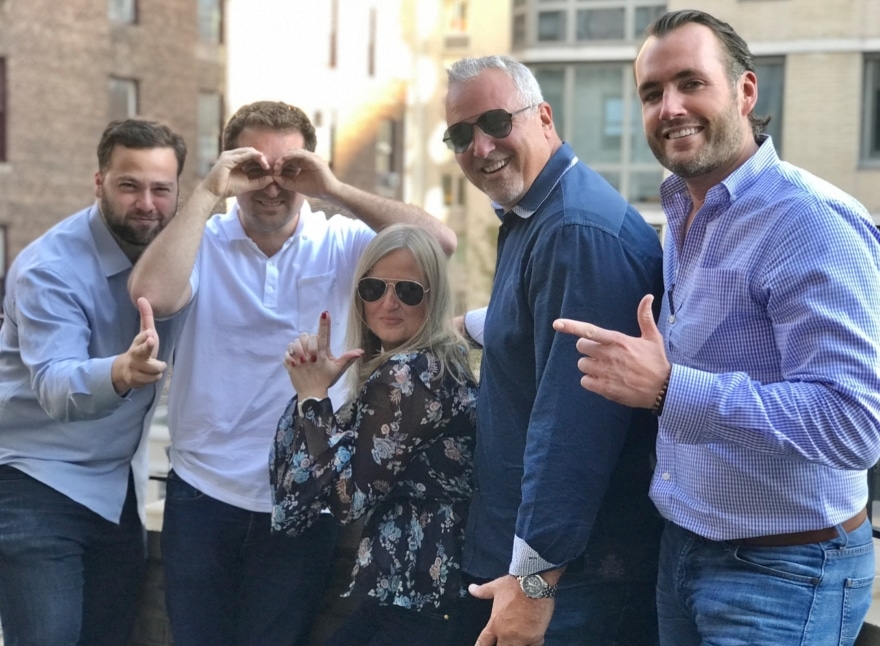 “Let’s say I felt a certain employee went above and beyond. Through the program, I can click a link in the company intranet and explain why I think they deserve the honor,” Ponico says.

Employees and managers at Mitchell Martin are allowed to cast two votes per quarter, and no one can win twice in a row. The manager also creates a short video with some comments from everyone who nominated the winner, which the media specialist then posts across the company’s social media.

Ponico’s been helping companies connect and support employees since the late 1990s. While obtaining her bachelor’s in business economics with a minor in marketing and human resources from The State University of New York Oneonta, she also worked as a college intern at Walt Disney, earning what the entertainment business dubs its “Mousters Degree.”

She says resort hotels weren’t her cup of tea, so after graduating from SUNY in 1997, she joined Sears’ human resource department in its Atlanta call center.

“Within a year, I had moved into training and recruiting department and that’s when I was bitten by the HR bug,” Ponico says. “Every company has people and HR is the perfect spot to ensure you’re supporting the entire company.” 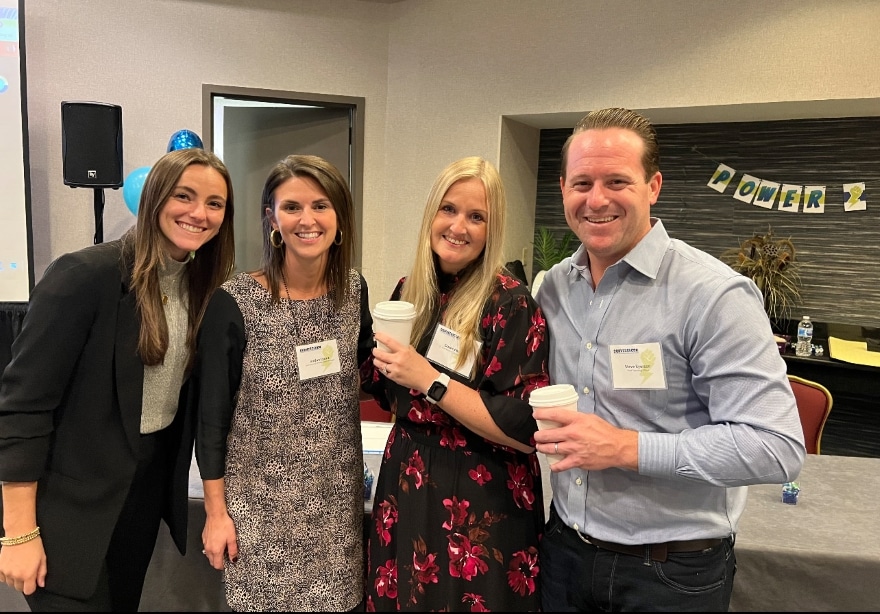 Ponico also works hard to set examples for the employees she trains. She’s passionate about “continuously learning and growing” and says it’s important whether someone stays within one company or moves around. In 2005, she took a break from working with Mitchell Martin as an IT recruiter and project coordinator. In between then and joining Kelly IT Services as a senior technical recruiter in 2007, she obtained her master’s in education from Fairfield University.

“I never want anyone to feel stagnant—no matter their role,” Ponico says. “I’m always challenging myself to find new ways of growing and supporting people.”

Thinking of her family, she adds that not all learning is academic based. Married for 20 years with two teenagers, Ponico says they all like escaping to a beach and travelling the world together where they can learn about different cultures and approaches to life and work.

While travelling was on hold when Ponico spoke to Vision in January, she was glad Convergecon happened when it did, so that employees could travel to New York and meet each other while it was still safe and feasible. 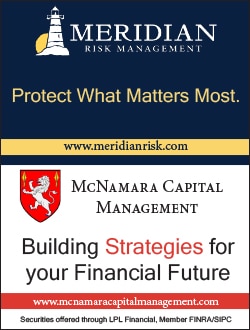