Dino Dionne loves getting stuck in traffic. The honking horns, the inching crawl through the concrete canyons of Manhattan—none of it fazes him. Once the classical music is cued, all the day’s demands seem to vanish. In their place, Dionne brings the bigger picture into focus.

What is our firm’s role in the wider financial world? How can I take what I learned today and use it to become a better boss—a better person? Before he knows it, Dionne is pulling into the driveway of his Connecticut home, re-centered and refreshed, heart firmly at peace. Even if the next day’s grind is never far from his mind. 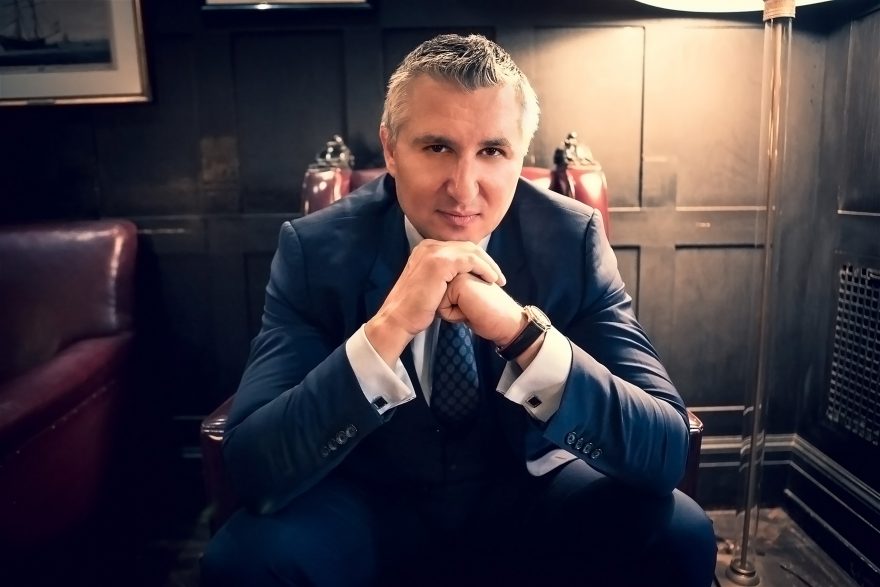 “I take my job seriously. I understand the responsibilities I’ve been given, but sometimes you need to just take all those burdens, that gorilla on your back, and unload it in the back seat,” says Dionne, president and CEO of Genesis Capital Group (GCG). “That’s the one time in your day when you have nothing but your own thoughts to entertain. So that’s where I do my thinking.”

Increasingly, that contemplation centers on preparing GCG for the inevitable shifts and changes to come. Not just in the wider financial markets, but the firm’s clientele as well.

In 2008, at the nadir of the nation’s worst financial crisis since the Great Depression, Dionne founded GCG, opening an office at 245 Park Place, in the former Xerox headquarters (the company has since moved to even cushier digs in the Empire State Building). From day one, Dionne was determined to create a boutique firm where the fiduciary model was more than just a marketing tool.

“As much as we like to pretend it’s the client that matters most, as financial professionals, we’re trained from the very beginning to sell products. That’s a bad thing!” Dionne exclaims. “If you don’t have a sense of your own value system, you’re just another broker. Clients are far more sophisticated than they were 20 years ago. Our model is built on the idea of meeting them on their level.” 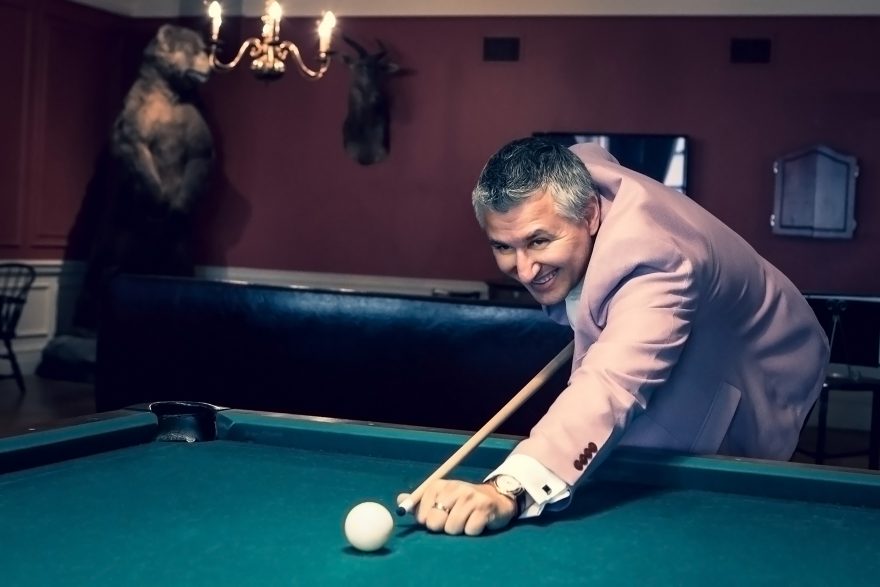 For the team at GCG, that meant putting technology front and center, in the form of a leading-edge investment management platform. First launched in 2014, the cleverly named Genesis Portfolio Solutions—GPS for short—provides clients with all the typical accoutrements: tools for defining risk tolerance and investment objectives, performance indicators and so on.

What sets GPS apart from other platforms, however, is its unique ability to provide the user with actionable, up-to-the-trading-day investment advice, which is fed into the system by GCG analysts.

“Plenty of platforms allow for small investments, but they’re not really geared to advise; it’s not cost-effective for the firm,” Dionne says. “The premise of GPS is to provide that interactive human touch, so that every client gets super high-end access to core markets, no matter what their level of investment.”

According to Dionne, his firm’s adoption of GPS reflects a broader industry trend. With millions of baby boomers poised to retire—and in many cases exit the market altogether—portfolio managers are looking for ways to connect with younger investors.

Millennials, in particular, represent a potential boon for firms like GPS. This is a generation well-versed in technology and e-commerce, after all. In fact, recent studies suggest millennials spend 50 percent more time shopping online than their baby boomer counterparts.

“Younger people don’t care about going to bank branches and waiting in line, and they certainly don’t want to hear someone twice their age telling them what to do with their money,” Dionne exclaims. “They want to do their own research. They want to know what’s happening at any given moment. That’s not to say they won’t take advice, but they want to have a voice in the process.”

But it’s the long game that Dionne and his team are most focused on. Though millennials haven’t enjoyed near the degree of economic security as their parents, they do stand to inherit the latter’s money—upwards of $10 trillion, all told.

“We’re on the precipice of the biggest transfer of wealth in the history of the world, and nobody has any idea of what happens next,” Dionne says with a laugh. “Their children are going to put that money to work. It’s our job to make sure they have the tools to do that.”

In the meantime, Dionne is working to ensure that GCG’s growth continues apace, without hedging on its core beliefs. Except for a few exchange-traded funds (ETFs), a vast majority of the firm’s assets are managed in-house, thereby avoiding the multiple layers of fees typical of a more outsourced operation. That, in turn, allows for greater advisor-client transparency—and trust.

“From the beginning of humanity, when we were bartering rocks for bones, the essence of that exchange was trust,” Dionne explains. “Trust is money. Money is trust. Whether it’s that $20 bill in your wallet or a bitcoin, it’s all based on the same thing. It’s our job to honor and respect that trust.” 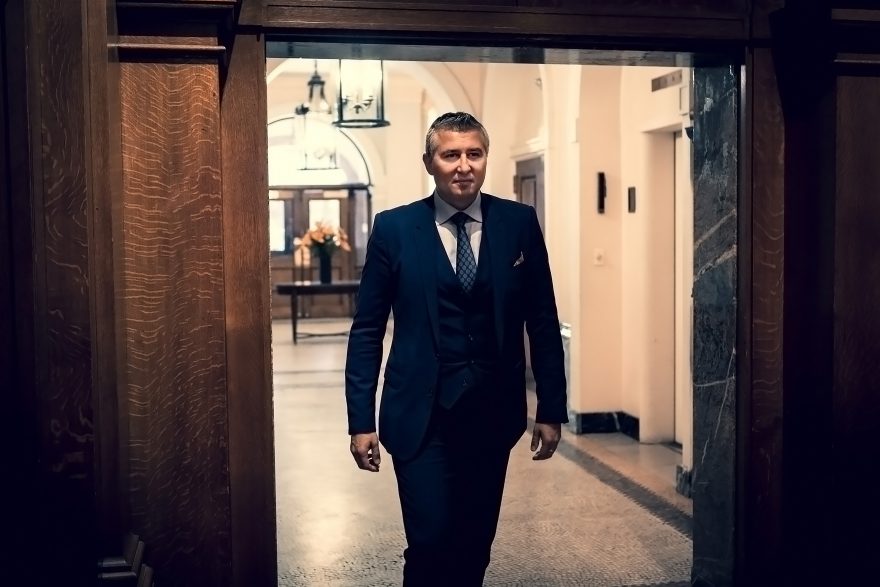 It’s a mantra to which Dionne has been especially beholden of late. Despite the longest bull market in history, a boom he says has yielded an unprecedented cash flow for GCG, Dionne fears the economy’s happy days are about to come to a grinding halt.

Key indicators abound: 10-year treasury notes inching close to 3 percent; interest rates wholly out of step with inflation; absurd stock prices making it harder to garner desirable yields (Amazon at $2,000 a share, anyone?). All of them pointing to what Dionne sees as an inevitable market correction; it’s not a matter of if, but when.

“This isn’t naysaying; it’s history,” Dionne says. “I don’t foresee a crash like the one we had 10 years ago, but an extended bear market—two years, maybe five—is entirely possible.”

While Dionne is loath to wear the hat of TV prognosticator, he does see plenty of opportunity in the market. For every Apple and Amazon stock, there are plenty of legacy brands—General Electric being one—whose recent woes “belie a fundamental, underlying value.”

Municipal bonds are also becoming more attractive, with the recent tax bill making it harder for cities to refinance their debts; it’s a big reason why GCG has made bonds one of the keystones of its portfolios. 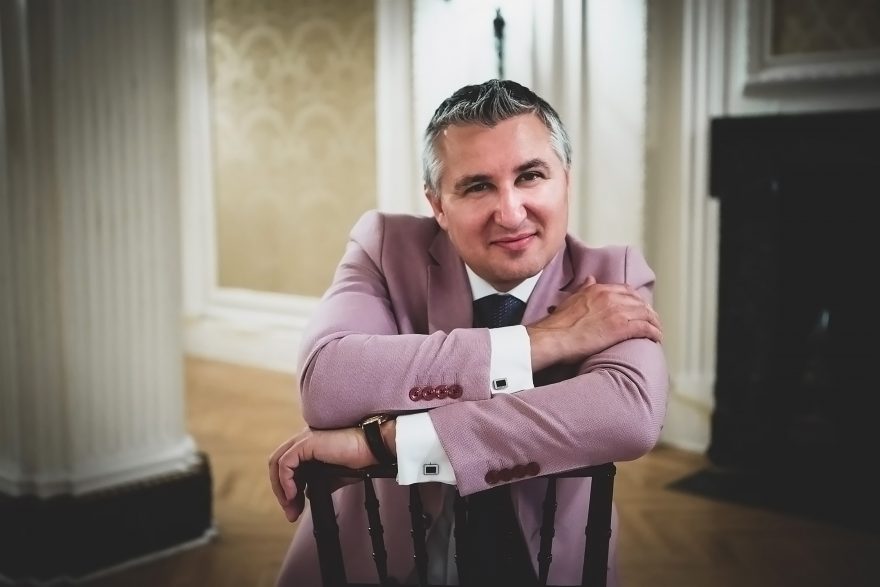 More broadly, Dionne believes fears over America’s impending economic decline are, to put it politely, wholly misplaced. For him, the almighty dollar remains the soundest, safest currency in the world. And with trillions of them poised to soon trade hands, he sees his own firm’s prospects in an equally confident light.

“We are unflinchingly modern in so many ways—how we use technology, how we interface with our clients—but our values are old school, and we’re proud of that,” Dionne beams. “Saying you run an ethical operation is superficial. Delivering services in an ethical way requires something different. Not just representing our client to the best of our ability and according to our culture, but standing behind the outcome of our promises—really putting our money where our mouth is. It’s a culture I’m passionate about.”

Almost as much as letting Mozart drown out the horns.