Guided by analytics, not emotion

Douglas M. Loudon’s quarterly report to clients and friends (available on the firm’s website), attests that in addition to being an accomplished investment manager, he’s also a wordsmith, one capable of putting the complexities of finance in lay terms.

But the founder of the small, but thriving, firm that bears his name in the quaint city of Lebanon, New Hampshire, is also happy to concede when someone else has expressed a sentiment in a manner that he’d be proud to call his own. 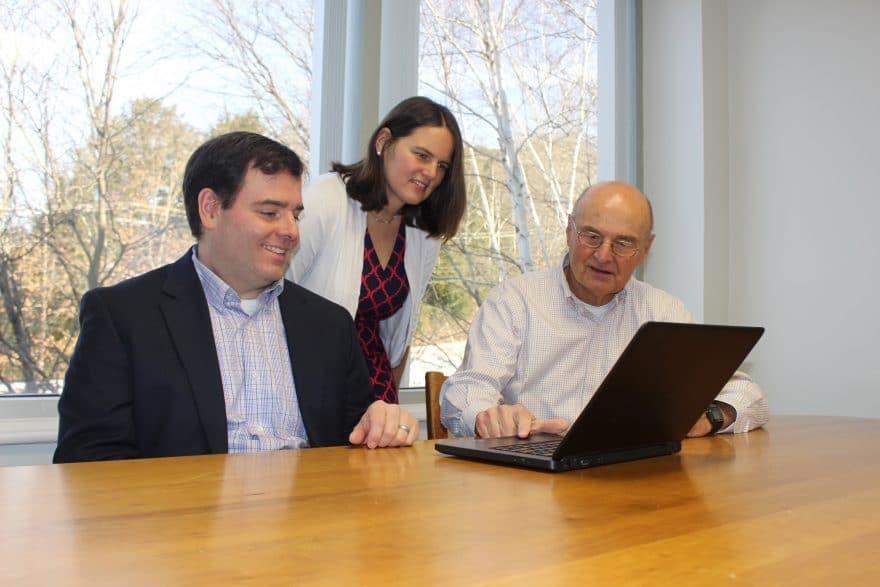 Such as in the autumn newsletter, when he quoted the late John Templeton, the American-born British value investor who Money magazine deems arguably the greatest global stock picker of the century. For it was Templeton who had said: “Bull markets are born on pessimism, grow on skepticism, mature on optimism and die on euphoria.”

Loudon, who spent the first half of his professional life at a heavyweight New York asset management firm, thinks Templeton’s statement stands the test of time and might be particularly relevant today.

Since its inception in 2003, Loudon notes that the firm’s composite return after deducting management fees has been above appropriate equity and balanced indexes, with only two negative years along the way. The full record with appropriate footnotes is available on its website (www.loudoninv.com).

And it’s registered these numbers in a conservative manner. The firm won’t buy stocks unless the income yield is above the market (nowadays about 2 percent) and also above the stock’s own historic range.

“While a company’s earnings can vary widely from year to year, dividends provide a much more stable growth track for valuation purposes,” he says.

But Loudon’s objective isn’t just buying high-yield stocks; it’s really focused on buying strong companies when they are out of favor and depressed in price. This is when their yields are the highest. The focus is on the long term (three to five years), rather than on what is going to happen in the next three to six months. This disciplined approach has produced quite consistent and positive returns, but it still comes with a personal touch. 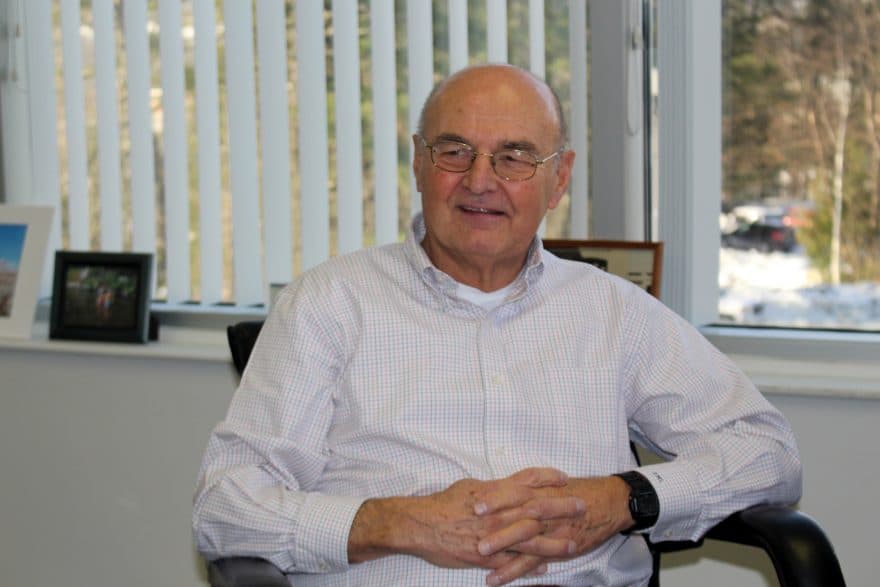 “An advantage we have over the larger firms is we can get intimately involved with our clients and with what they need not just today but years down the road,” the straightforward and affable Loudon tells Vision in mid-November. “We don’t just have business accounts, we have relationships.”

Those relationships do tend to be high-end, although more moderate than the New York standards that Loudon once operated under. The baseline is $500,000 in family assets and often includes a retirement account as well as unrestricted funds. When needed and appropriate, the firm also acts as a financial adviser. While founded on a traditional investment management approach, the partners offer clients whatever help is needed to see that they maintain a healthy financial position.

For example, Loudon carefully reviews the tax situation of each client before making changes. Should the client want to reduce a successful holding held in more than one account, Loudon might advise them to look first at their tax-exempt account to avoid paying taxes on the reduction. The same might hold true if adding stocks to a portfolio. If the income yield is particularly high, they look first to a client’s IRA to shelter the dividends from taxes. Personal accounts are kept stable and long term to minimize taxes while the tax-exempt account can be more active in reflecting current market risks and opportunity.

Clients include generations of families. The firm also manages investments for nonprofit organizations. Fees are competitive within the industry with the rate declining as the assets increase.

Headed for the hills

You might say Loudon’s career path has taken him from Wall Street to Main Street. A University of North Carolina economics graduate, he began his investment career at Scudder Stevens & Clark in 1971, becoming a general partner in 1982, and a managing director when the firm was incorporated in 1986. During one particularly rigorous three-year stretch, he achieved the prestigious designation of Chartered Financial Analyst, juggling job and family and passing the multi-tiered exams on first try.

By the time he departed Scudder, Stevens & Clark, he had helped develop and manage an investment program for the American Association of Retired Persons, chaired Scudder Japan Inc. and served as president of both The Japan Fund and the Investment Counsel Association of America.

Opting for a less hectic life, less time spent commuting to work and more time thinking about investing, he and his family left the New York area for the bucolic charms of the New Hampshire-Vermont border. In early 1997, he joined the area’s PEG Capital Management office as a consultant, ascending to the firm’s presidency three years later. By 2003 he was ready to be on his own, forming Loudon Investment Management. 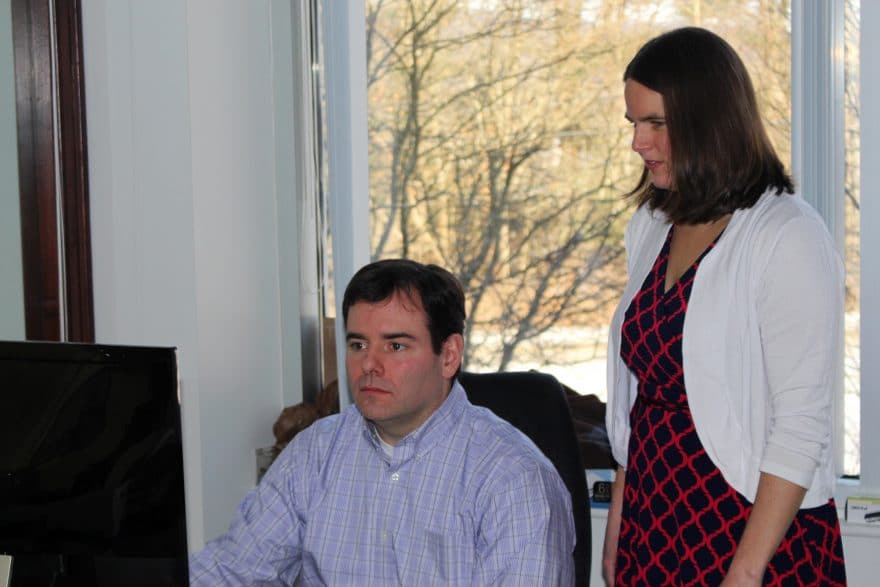 The partners include his daughter and son-in-law, but no one can allege nepotism here. A Dartmouth College honors grad and Boston University MBA who also earned an MS in Information Management, Emily Sands is also a Chartered Financial Analyst, served as a data analyst for the Boston branch of the Federal Reserve Bank, and as a research analyst for a Connecticut-based hedge fund. A Certified Public Accountant, John Sands has a math degree from the College of the Holy Cross and an MS in accounting from the University of New Hampshire. He previously worked for several finance companies and banks in the Boston area.

Another partner, marketing director and New Jersey resident Lynn O’Mealia, brings a different background to the firm’s high-fashion sales. One of three daughters born to an investment professional, she found Wall Street closed-minded about women when she was beginning her career, but did develop a professional relationship with Loudon. She remotely tends to business in New Jersey, New York and Connecticut.

“I’m not involved in the investment decisions, but I support the team from both the client’s perspective and my own personal perspective,” she says. “We work quite well under this formula, and have broadened our client base significantly.”

A fifth player, Sharon Stanford, recently came aboard to assist with administration. It’s a lean but efficient team, Loudon says, adding that everyone has a role but must interact comfortably with the others, and prioritize both investment management and customer service.

Having now been in the investment management business since 1971, Loudon says he feels like he’s in the prime of his life, having a great time working, and with the bonus of living in a scenic New England town.

“You couldn’t drag me back to the New York scene,” he says. “We’ve done better than we ever could have imagined. And the most rewarding part of it: the personal touch. I have consulted with clients on any number of subjects from buying a house to insurance needs to trusts and estates. We may be about managing accounts, but we’re equally devoted to our client relationships and the friendships that often develop from them.”