Fronting the journey from surviving to thriving

While he has no hesitation around vaccinations, Dr. Brian D. Agnew can empathize with communities that do.

“I saw a letter from a mayor who said, ‘we don’t want our community used as a guinea pig,’” he tells Vision in November. “I do believe that hesitancy about the vax is a much larger issue than specifically the pandemic.”

For years and for good reason, Agnew says, communities of color haven’t trusted the motives behind services offered. Take, for instance, the longstanding and notorious Tuskegee, Alabama, study of untreated syphilis in Black men, in which the participants of the study were not offered treatment or given consent. 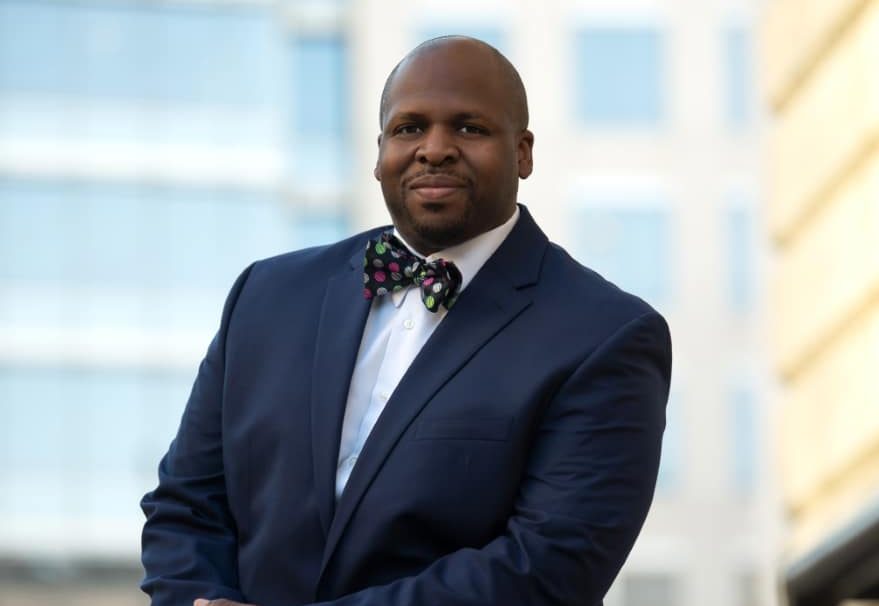 More recently, as he reminds, there’s been at least as much cynicism and resistance to vaccinations from some white communities despite overwhelming evidence the painless jab has slowed the spread of COVID-19 and prevented severe illness.

Sphinx Minerva Group, the socially conscientious management consulting firm he heads in Edison, New Jersey, has striven to make a difference on this front and so many others. This past fall, Agnew moderated in hard-hit Essex County, New Jersey, a virtual panel that had several very accomplished minority healthcare professionals stressing the importance of vaccinations.

Joining him were Dr. Sean A. Flynn, a co-sponsor and prominent pediatrician from Bloomfield; Dr. Henry Thompson, the chief executive officer of the Community Health Center of Richmond on Staten Island; and Maya Lordo, the health officer of Essex County. Just what impact they had, Agnew can’t really say, but would have felt remiss had he not taken the initiative.

“Our goal was not to push anybody to get vaccinated but to provide accurate and helpful information as they weighed decisions on their personal safety,” he says. “But we hope our efforts lead to increasing the vaccination levels in underrepresented communities.”

It’s a cause he couldn’t have imagined when helping assemble the firm in May 2016, but one that fits into Sphinx Minerva Group’s overall mission of uplifting underrepresented and often-times minority communities.

As to the name, it’s a mix of the ancient Egyptian sculpture that symbolizes power and the Roman goddess of wisdom.

The right power and wisdom certainly were needed during the firm’s founding, he says, which proceeded by a few years the death of Michael Brown and the ensuing unrest in Ferguson, Missouri. Quite the chasm seemed to be forming, he says, recalling other cities racked by uprisings following police brutality and how each autumn Sunday, a football-watching public took sides as primarily Black players knelt during the national anthem.

With likeminded friends, Agnew rounded up a diverse dream team of professionals that would comprise a registered minority-owned enterprise. While DEI—diversity, equity, inclusion—hadn’t yet become business vernacular, each member shared that commitment. 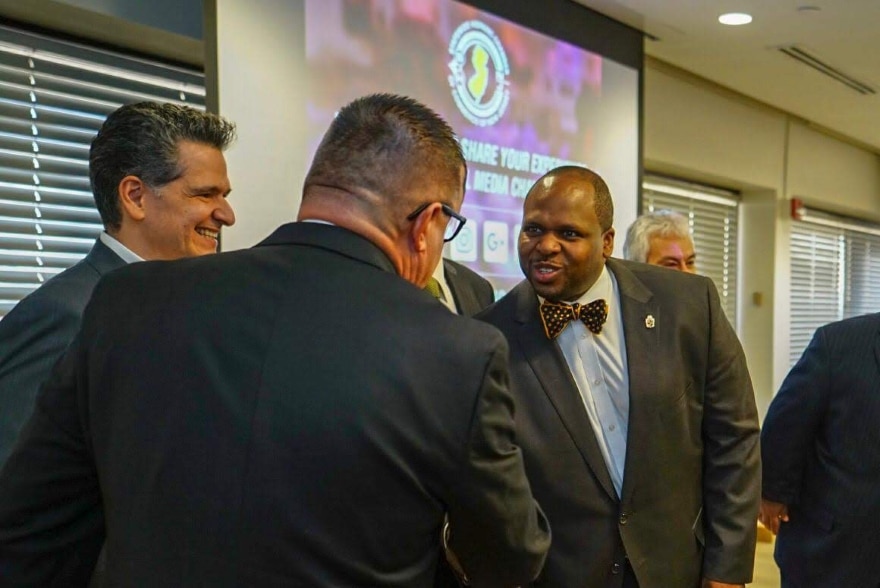 They’d consult and advise corporate, nonprofit and institutional clientele on fomenting and sustaining organizational success, emphasizing that DEI wasn’t just goodwill, but it also was good business. As crises came, word spread about what Sphinx Minerva had to offer.

“We’ve been able to respond to national incidents because we’re already embedded in the companies,” Agnew says, citing the deaths of George Floyd, Ahmaud Arbery and Breonna Taylor. “Companies have started to understand the importance of conversation around the total experiences of their workforces. I would point out that these incidents have been occurring over many years but only in the last few years have they received the national attention they deserved.”

While Agnew keeps much of the clientele confidential, he does acknowledge it includes nonprofits, research universities, major law firms, healthcare providers and tech and delivery companies in the so-called new economy.

“We’re a one-stop shop for organizational success,” he says. “Everything from executive coaching to retreats to strategic planning to fundraising and management.”

Though the pandemic has forced many services to go virtual, Agnew says technology has sustained and even strengthened the firm. Virtual office retreats still can offer breakout classrooms for deeper discussions and the format’s flexibility is welcomed by many clients, he says. Around half of Sphinx Minerva’s staff being female, the firm has been at the forefront of emphasizing the value of women in the executive ranks of its corporate and institutional clientele.

Working closely with the CEO of a major law firm, Sphinx Minerva established national models for workplace diversity and initiatives. Sphinx Minerva’s efforts with another client designed the infrastructure for a foundation focused on mothers and mothers to be in Huntsville, Alabama, and its surrounding Madison County communities. It’s one of the many causes dear to Agnew’s heart, and he lauds the corporate support that’s sustained the foundation’s growth and impact.

For he, his brother and two sisters were raised in Brooklyn by a single mom who taught public school for over 30 years. A grandmother who recently turned 90 also lent a strong hand in keeping the youngsters in line. 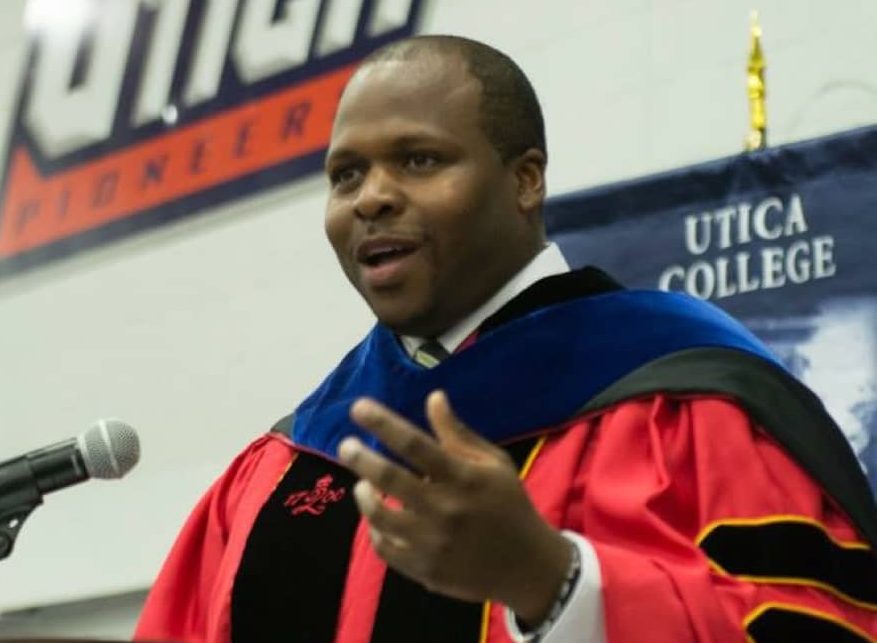 “They instilled the importance of education, work and commitment to success,” the 40-year-old Agnew says. “Every challenge that I’ve undertaken has their spirits behind it.”

Such motivation factored in Agnew earning an MBA in organizational management and a doctorate in leadership and communications. He’s been named among Diversity MBA Magazine’s Top 100 Executives Under 50, received the NAACP W.E.B. Dubois Leadership Award and was named an NJ Biz 2019 Forty Under 40 Award winner.

Civic minded, he’s been a volunteer firefighter in New York and New Jersey communities since 2006 and now is a department captain. He’s on the board of directors for the Alpha Alpha Lambda Scholarship and Educational Fund, a foundation that mentors young men and awards scholarships in underserved communities, aligned with his fraternity, Alpha Phi Alpha. He finds inspiration from multiple sources, among the recent being “Thoughts of a Colored Man,” a Broadway production made up of related vignettes over the course of a day in Brooklyn.

Agnew, of course, has his own thoughts to share.

“Let’s all balance the scales,” he says. “Birth doesn’t determine destiny. Let’s create opportunities to leverage the talents of a diverse society.”