The big test for institutions of higher education just might be how to adapt to an era of less financial support from the government and increasing operating costs. Creativity and efficiency seem the campus approach from here, and under the leadership of Dr. Morgan R. Olsen, Arizona State University just might be setting an example for the rest of academia.

“Anything we can do to help manage our own destiny and generate our own resources is most helpful,” Olsen tells Vision from his office in sunny Tempe, where the largest of the five ASU campuses is located. “We’ve got to find a way to supplement those diminishing public dollars.” 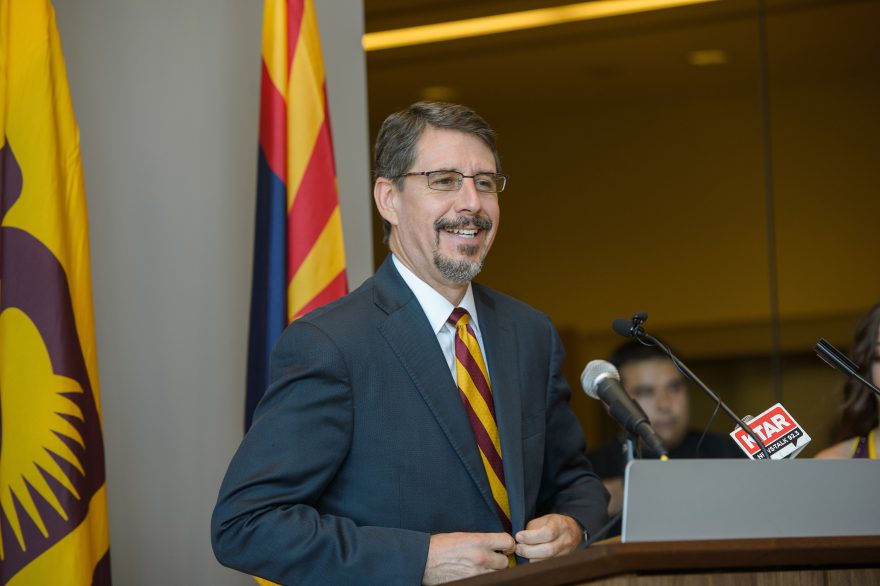 As executive vice president, treasurer and chief financial officer of ASU since 2008, Olsen has to recognize its fiscal reality. So, with the full support of President Michael M. Crow, Olsen has been leading ASU on a progressive path that emphasizes public-private partnerships with companies that stand to contribute to, as well as benefit from, the university’s far-reaching agenda.

Read all about it

“The nation’s most innovative school,” is how U.S. News and World Report regarded ASU last September, marking the third straight year that the university has topped the magazine’s list for groundbreaking initiatives, research, partnerships and programs.

For that, Olsen can take his fair share of credit. For he was among the movers and shakers of what’s become known as the Novus Innovation Corridor, where 330 ASU-owned acres along the local reservoir, Tempe Town Lake, are now in the third and last phase of an iconic mixed-use development complete with offices, retail, entertainment and multi-family dwellings that bode well for campus and greater community alike. 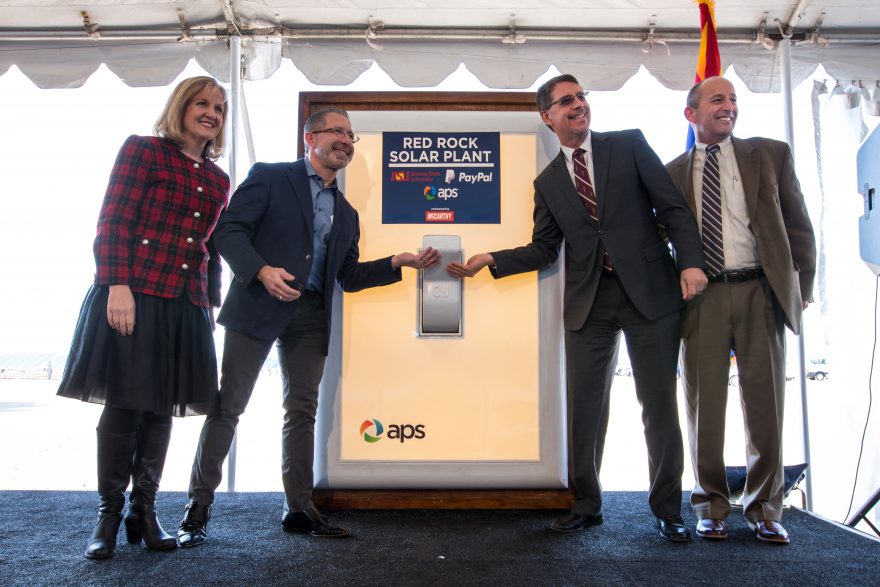 State Farm Insurance saw potential aplenty here, answering ASU’s recruitment call by locating its regional headquarters at Novus four years ago, and since tapping the student body for talent. Around 8,000 employees—many ASU grads—now make their workplace in five steel and glass towers. With the other four ASU campuses also in the Greater Phoenix metropolitan area, State Farm can be quite selective when choosing among the system’s 22,000 engineering students and approximately half that number pursuing degrees in business or info-tech.

“We hear State Farm is very happy with their decision to relocate here,” Olsen says. “It puts them in proximity with one of the largest and most diverse student bodies anywhere. In return, they’re very engaged with the university in a variety of ways.”

That includes advising faculty, weighing in on curriculum direction, and Dave Prus, a State Farm vice president, serving on the board of ASU’s Center for Services Leadership, a research center that focuses on mixing scientific innovation with business strategy. Having served State Farm in multiple high-level positions, including director of the firm’s Financial Services Integration Office, Prus’ input is welcomed.

As is that of Lilia Tuero Fricke, director of operations services and customer experience for Starbucks Corp. The coffee shop chain also has established an operation at Novus. Ever a progressive outfit, as well as one that knows first-hand the challenge of retaining good employees, in 2015 Starbucks began offering all its hired hands—full- and part-timers—complete tuition at ASU’s online program. That’s in addition to its earlier program that covers two years of ASU undergrad tuition under its existing college achievement program.

“Go into a Starbucks most anywhere and you’re likely to find some young person in the program,” Olsen says. “This spring we graduated 400 of them. It reduces turnover by motivating good employees to stick with Starbucks and advance in their careers.” 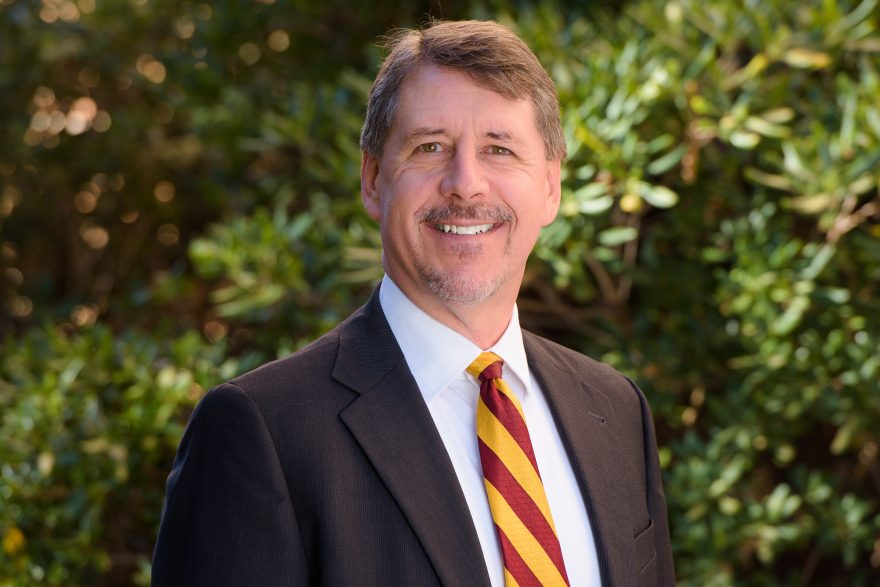 Then there’s adidas, which outfits the Sun Devils with among the spiffiest garb in the NCAA. The bond between the athletic apparel maker and ASU has grown much stronger since last year, with adidas partnering in the new on-campus Global Sport Alliance, that explores such hot-button sports topics as diversity, race relations, sustainability and human potential through a vantage point that far transcends standings and scores.

Meanwhile, Sun Devil Stadium is being renovated for year-round use, though the football team will remain the primary tenant. With former NFL player and coach Herm Edwards now in charge, the Sun Devils are upbeat about improving on last year’s 7-6 mark, good for second place in the Pac-12 South but not good enough to satisfy a fan base that’s likely to be even more passionate.

“We have a common commitment to having a real-time, positive impact on the world, and we see the power of sport to influence human success,” President Crow said when the ASU-adidas partnership was announced. “We both seek to empower people, improve health and well-being, and inspire action through teaching, learning and community engagement.”

All of which, Olsen reminds, is what higher education is about. It’s a message that’s too often lost, he laments. Perhaps the array of ASU’s partnerships can serve as a needed reminder that the old ways of running a college are just that.

A lesson for all

“What it all comes down to is, regardless of one’s specific role on campus, we’re all here to contribute to one basic thing,” says Olsen. “And that’s to allow people to reach their full potential. When people do that it opens opportunities for them and their families to become better citizens and contribute more to society.”

A University of North Dakota poli-sci undergrad who enhanced his creds with a Masters of Public Administration at UND and a doctorate in higher education at the University of Kansas, Olsen came to ASU after an academic career that included high positions at Purdue, Southern Methodist University, Eastern Illinois University and Emporia State.

“There was valuable experience to be gathered at all those schools,” he says. “Each university is unique in its own way. Private universities are now doing some things that public ones did, and vice-versa.”

But few schools seem to be working public-private partnerships as well as ASU. Olsen’s glad to share that model to the benefit of schools everywhere, be they public or private.

In the end, they all have a stake in contributing to a better society. 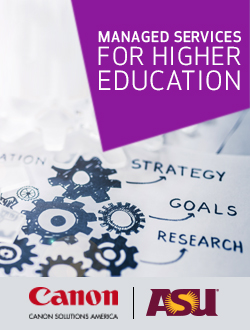 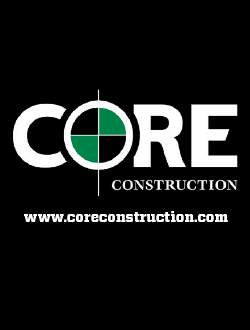 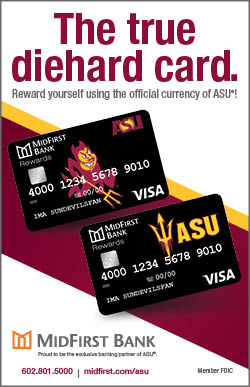