Reaching for the stars

It’s the kind of question Ellen Ochoa has heard more times than she can count, from fans, press and peers alike: When you first flew into space, saw the earth looming like a huge swirling marble below, more removed from life than you’d ever been before, what did you think about?

Those expecting some stirring soliloquy, however—about the meaning of life, about the jarring insignificance of humankind—might be surprised by her answer. 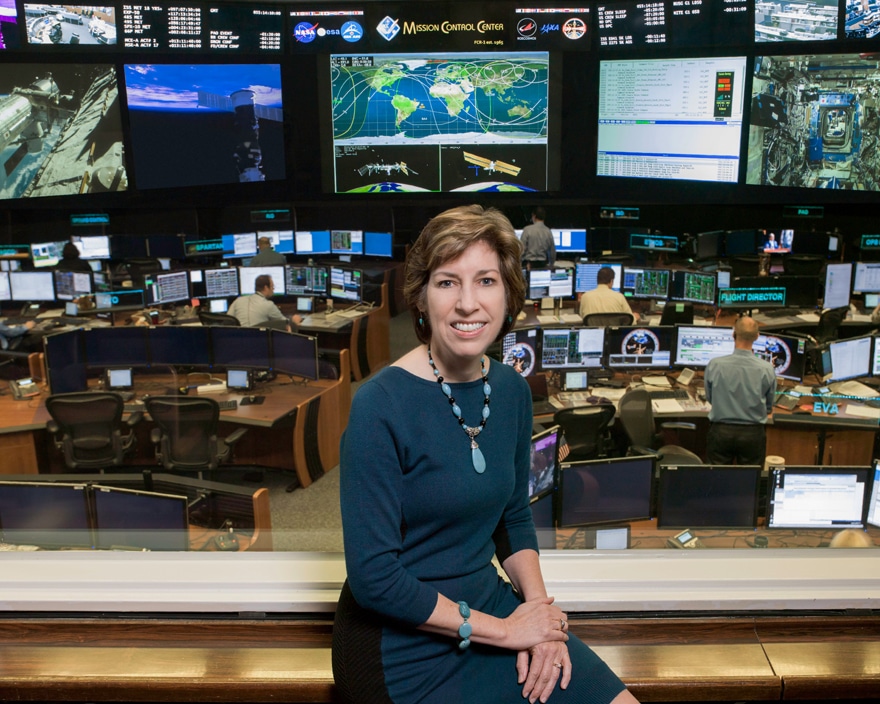 Then again, heeding the expectations of others has never been high on Ochoa’s list of mission objectives.

“Obviously it was hugely exciting. As an astronaut, having the opportunity to go into space is something you dream about,” says Ochoa who, in 1993, became the first Hispanic woman in space as a crewmember on the Space Shuttle Discovery. “But you have to be 100 percent focused on what you’re trying to accomplish: studying the earth’s atmosphere, keeping an eye on the instruments on board. You don’t have a lot of time to just sit there and contemplate.”

Thankfully, that’s no longer the case. Despite a jam-packed schedule (she currently serves on four different boards of directors), Ochoa was eager to reflect on her barrier-breaking career during an interview with Vision this past December.

The middle sibling of five born to a Mexican-American father and American mother, Ochoa grew up in the suburbs of San Diego. After graduating from high school in 1975, she decided to stay close to home, enrolling at nearby San Diego State University (SDSU)—where her mom, older brother and older sister were all taking classes.

“It was practical for a lot of reasons,” Ochoa says. “Between the scholarships to cover fees, zero tuition (at that time) and having that support system, going to SDSU just seemed like the best fit. And it was.”

Initially unsure about what she wanted to study, her love of math led her to major in physics. Earning her B.S. in 1980, Ochoa was accepted into the Master of Engineering program at Stanford University, where she narrowed her focus to electrical engineering—specifically, the kinds of optical systems used to extract information from images.

That work eventually garnered Ochoa a spot in the school’s doctorate program where, in addition to writing a lengthy dissertation, she was given co-inventor status on a patent for optical inspection. And she still found time to pursue her other lifelong passion.

“Music has always been my way of creating something in a different way,” says Ochoa, who was a mainstay in the school’s chamber music program and an avid flutist. “You’re working with a different part of your brain, but you realize just how important having those different skills helps you see the big picture, no matter what you’re studying.”

Landing in the right spot

In 1985, after applying for positions at some of the country’s most prestigious research institutions (including the astronaut program at NASA), Ochoa accepted a post at Sandia National Laboratories in Livermore, California, one of the labs overseen by the U.S. Department of Energy.

In 1987, she received a letter that would change her life: NASA was looking to train new astronauts at the Johnson Space Center (JSC) in Houston—and wanted to interview her. 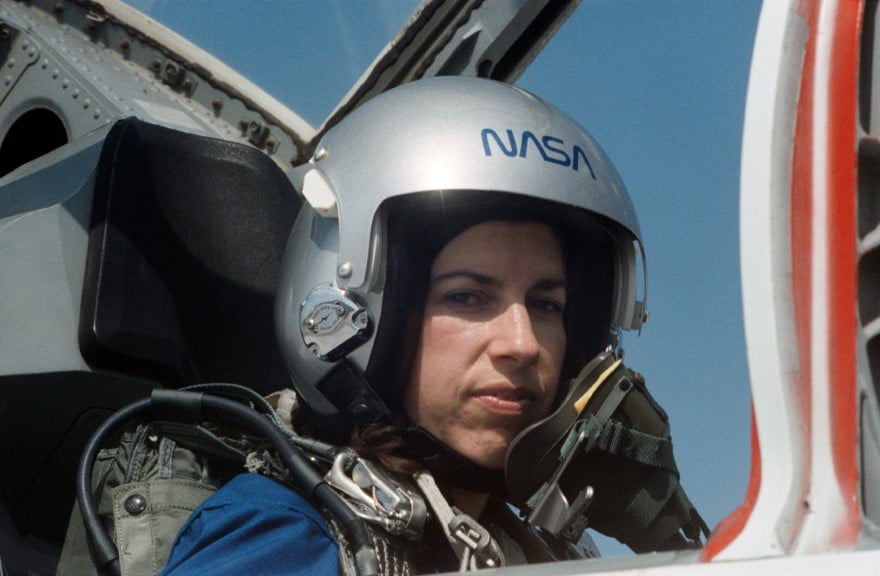 “This was about a year after the Challenger accident happened, which of course was a traumatic time for NASA—and the country,” Ochoa recalls. “I had a chance to visit the facilities, meet the other astronauts and see what that career path might look like. It was an eye-opening experience.”

The Challenger disaster would force NASA to postpone its next astronaut class. When it rebooted the program in 1987, Ochoa was on their short list—one of 120 applicants chosen out of a pool of more than 3,000.

While she wasn’t selected for that class, Ochoa soon applied for another position—this time at NASA’s Ames Research Center in Mountain View, California. Interviewed for the astronaut corps in 1989, she was selected the following year.

Three years later, on April 8, 1993, Ochoa made history, becoming the first Hispanic woman in space. As part of the mission, one of many aimed at studying the earth’s atmosphere, it was Ochoa’s job to use the space shuttle’s robotic arm to release—and then retrieve—a highly sensitive instrument designed to gauge solar winds. 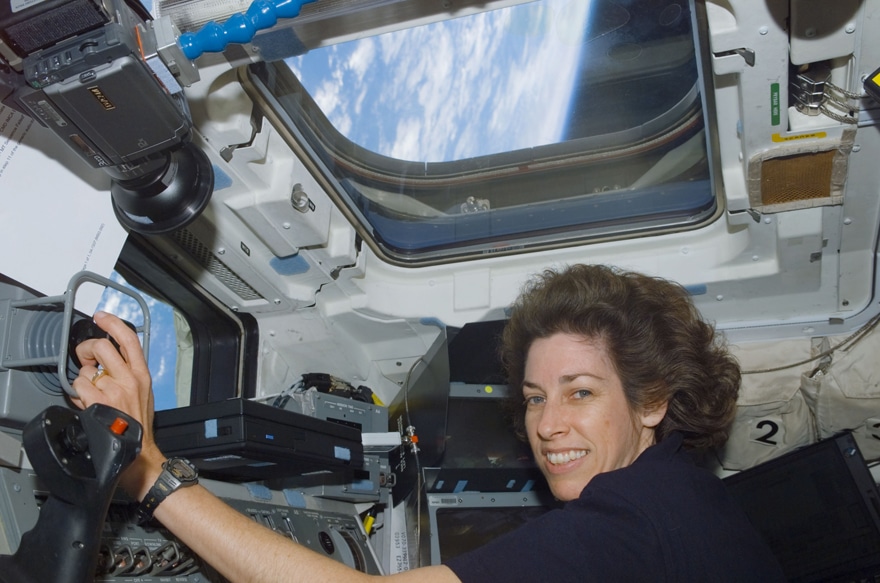 “There were moments where I was like, ‘Wow, this is really up to me,’” Ochoa recalls with a laugh. “It was stressful, for sure. But I loved the challenge.”

In 2007, Ochoa notched another first when she was named deputy center director for JSC—the first Hispanic to hold the title. Over the next few years, the assembly of the International Space Station was completed, after which the Space Shuttle program was officially retired.

In 2013, Ochoa became JSC’s second female and first Hispanic director. During her five-plus years at the helm, she evaluated all of the facility’s processes and procedures—everything from preparing space hardware to external partnerships—with an eye toward maximizing efficiency. 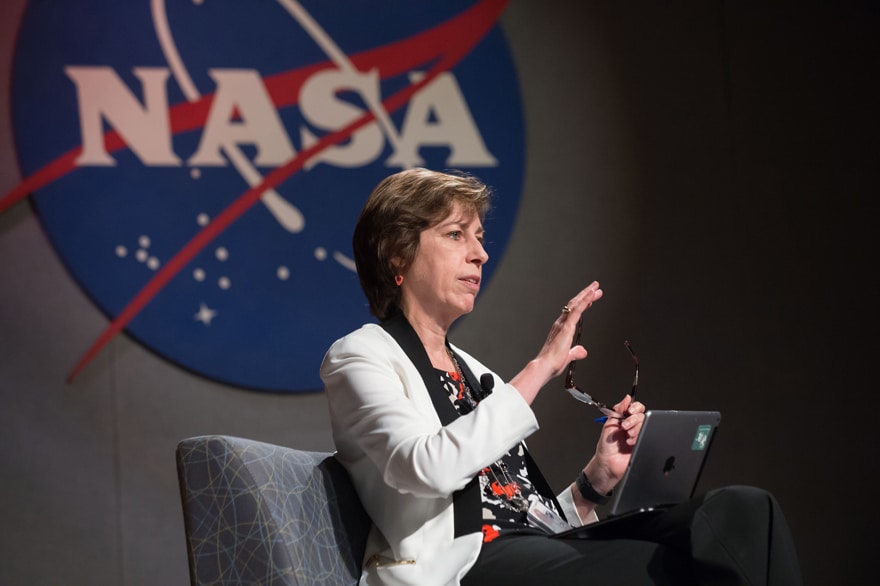 More broadly, Ochoa encouraged a shift in how JSC approached its experiments. For her, failure wasn’t an obstacle to overcome, just a necessary part of the scientific process.

“When we think about experimental hardware, we need to think about it as a laboratory—one where failure is absolutely an option as long as it doesn’t affect the safety of the crew or the integrity of the spaceship,” Ochoa says. “Taking risks allows you to get more done. So we created an entirely new class of hardware that we could not only get to space quicker, but replace more easily if something wasn’t working.”

While she left NASA in 2018 to pursue other opportunities, Ochoa’s passion for the power and potential of science has never wavered. As vice chair for the National Science Board, she works closely with the federal government to set the policies and strategic goals of the National Science Foundation (NSF), with STEM (short for science, technology, engineering and math) being a focal point.

In early 2019, the NSF released a report on the workforce of the future, with an emphasis on bringing more underrepresented minorities—including Hispanics—into the STEM fold. It’s a cause that Ochoa has long supported, in large part through her involvement with the Society for Hispanic Professional Engineers (SHPE), an organization committed to promoting Hispanics in STEM. 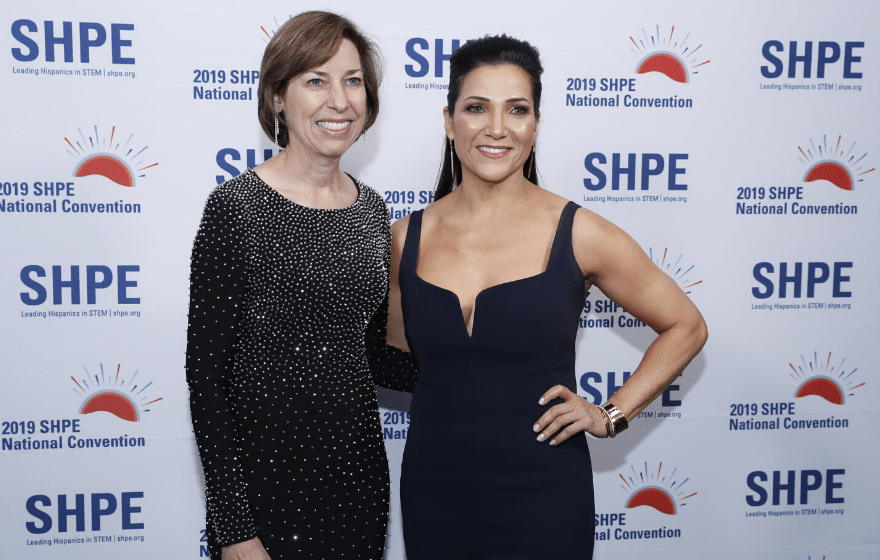 “Dr. Ochoa is more than an astronaut; she’s a hero to people all over the world—Hispanics and non-Hispanics alike,” say Raquel Tamez, SHPE’s CEO. “Her achievements are remarkable, and we wanted to make sure we held those achievements up as a standard for others to follow.”

That’s a reference to the Dr. Ellen Ochoa Award, created by SHPE last year in recognition of “excellence by a Latina STEM professional” and given to Ochoa at the organization’s 2019 Convention in Phoenix.

“By 2050, there will be 130 million Hispanics in this country. This is the workforce of the future,” Ochoa says. “It’s so important that we encourage more Hispanics to go into STEM fields because the more that young Hispanics see people like them in positions of influence, the higher they know they can go.”

Two-hundred and fifty miles into the sky, to be exact.