Rocking on in the investment world

Rock bands aren’t assembled on music alone. Even when the members feud—think Mick and Keith, think any band involving brothers—there’s a chemistry that still must come into play; a singer, a couple of guitarists who can play off each other’s abilities, a bassist who may be most content standing in the background and a drummer who keeps everybody in line

And the songs themselves must entail more than just banging out a few chords—those melody lines, harmonies, licks, vocals and pop hooks all have to add up to something cohesive, if the result is to find lasting success in a challenging industry with ever-changing tastes. 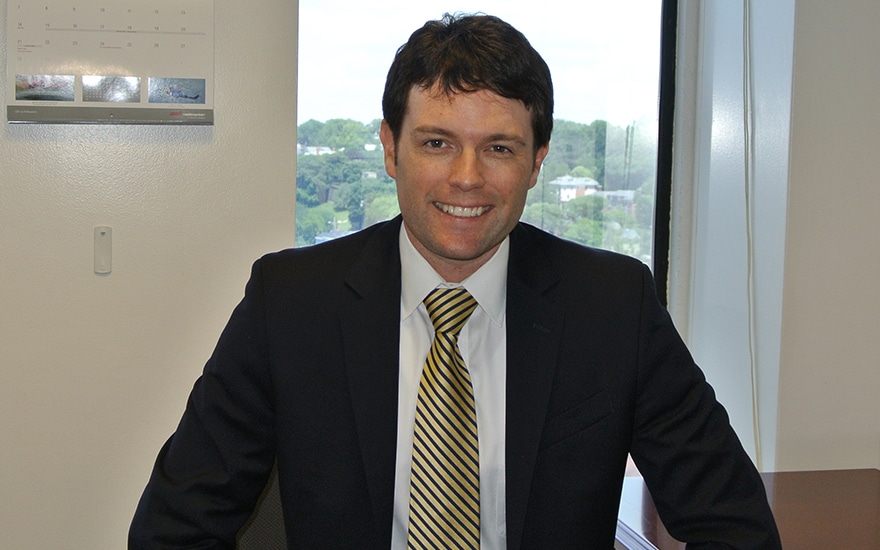 Having been in that line of work as a lead singer and guitarist with the Boston-based pop-power foursome known as My So-Called Friend, and also as a talent scout and booking agent with Live Nation Entertainment, Erik Carleton sees parallels with the music world and his current lot in life.

He knows that can raise some eyebrows, since he’s now been in the world of institutional investing for a decade. After two tours of duty at investment consultants, Carleton is entering his fourth year of directing the pension investments for Textron, a Fortune 500 corporation based in Providence, Rhode Island. He’s got a simple philosophy that helps shape what might appear to be a complicated career change.

“Music only has 12 notes to pick from, and most people only use three at a time anyways,” says the personable Carleton. “The world hears an overwhelming variety of songs because those notes can be arranged in unlimited ways. Plus, when you throw in the many possibilities for tempo, volume and feeling, music really is infinite. But, the key to distilling anything chaotic and creating something that can sound amazing involves two steps: First, understand the theory; next, find the most favorable patterns.”

Lessons which are directly applicable to the world of investing.

Leader of the band

Carleton doesn’t actually buy or sell the individual stocks and bonds held for the Textron Defined Benefit plan; he lines up the folks who do, assessing their investment skill in the areas of equities, fixed income, currencies and derivatives, much the way he used to evaluate the potential of artists wanting to play with LiveNation or My So-Called Friend.

“In our pension, I want a portfolio of partners playing roles, not products.” – Erik Carleton

“It’s like the challenge of always looking for the next band,” says Carleton, who had a pretty good track record of doing just that. “In our pension, I want a portfolio of partners playing roles, not products. It’s a little bit different from some approaches I’ve seen, but we’re not just passively buying a product to fill a need. I want to have a team of trusted experts available to us at all times, and their diverse perspectives help shape our master view of portfolio positioning.”

A midweek August day caught Carleton talking to Vision via cellphone at Boston’s Logan International Airport, having just arrived from what he had deemed a productive, whirlwind trip to Detroit where he turned 38 amid spending time with both asset managers and asset owners. Some of their expertise may ultimately be tapped on behalf of the multibillion dollar master trust that is managed for the benefit of retirees hailing from Textron’s corporate segments, whose employees are responsible for well-known industrial products from brands like Bell helicopters, Cessna jets and E-Z-GO. 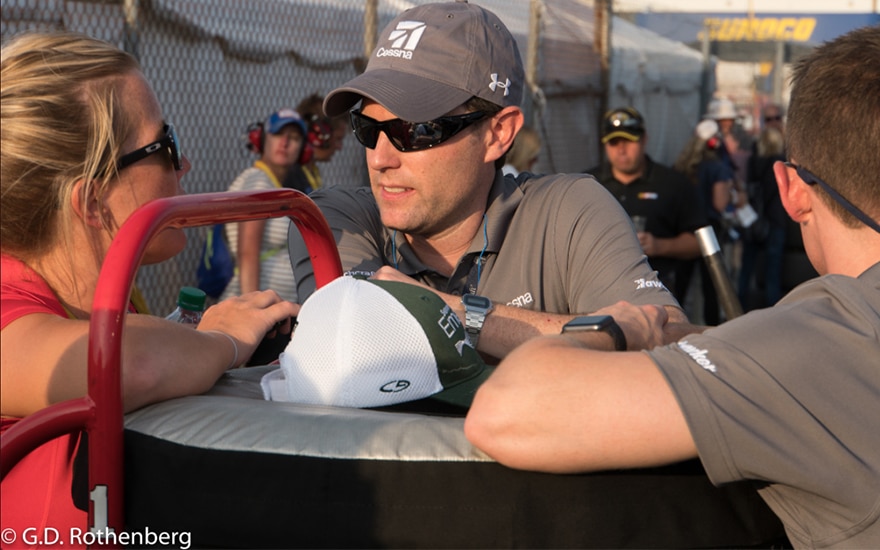 Those tens of thousands of retirees include many professional men and women who have earned pensions as part of career compensation, Carleton reminds as he sorts out the financial experts who help to prudently manage the assets in trust. He’s encouraged by the current shape of the global bull market, but wants his so-called partners to strike the right balance between risk and caution. Textron runs a diversified portfolio that he deems 80 percent long term strategic and 20 percent nimble, and that is a formula he looks to sustain.

High finance may be a complex world, but Carleton says it can be dissected into simpler pieces, just like any song. His three rules:  Know if you’re investing or trading; never risk more than you can afford to lose; it’s OK to be wrong, but it’s not OK to stay wrong.

A Middlebury College economics undergrad who played in bands and sang a cappella, Carleton might have been at the top of his music game 10 or 12 years ago, when he anticipated that rock and pop wouldn’t be his end game.

My So-Called Friend had a blast touring through the U.S. to support the release of their self-titled album, but never registered the mega hit that few bands nowadays can boast about. Life on the road with the band or Live Nation also wasn’t ideal for his view of future family life, and Carleton was serious about a young Canadian woman, Krista, who’s now his wife and mother to their two young children, Livia and Evan.

With a father who had Wall Street heritage, the younger Carleton also had a deep interest in finance; and for those who might find that unusual, they only need to be informed that Mick Jagger once studied at the London School of Economics and has been observed on flights reading the Wall Street Journal.

Great advice to Erik from his dad included, “Find something you love, and do it until you make money.” For Carleton’s next love, Bentley University in Waltham, Massachusetts, would be the ideal campus for earning a Master’s in Finance in 2009 and then an MBA in 2011.

Everything seemed in tune for career change and advancement except the timing. But, as musicians will tell you, timing can be everything. 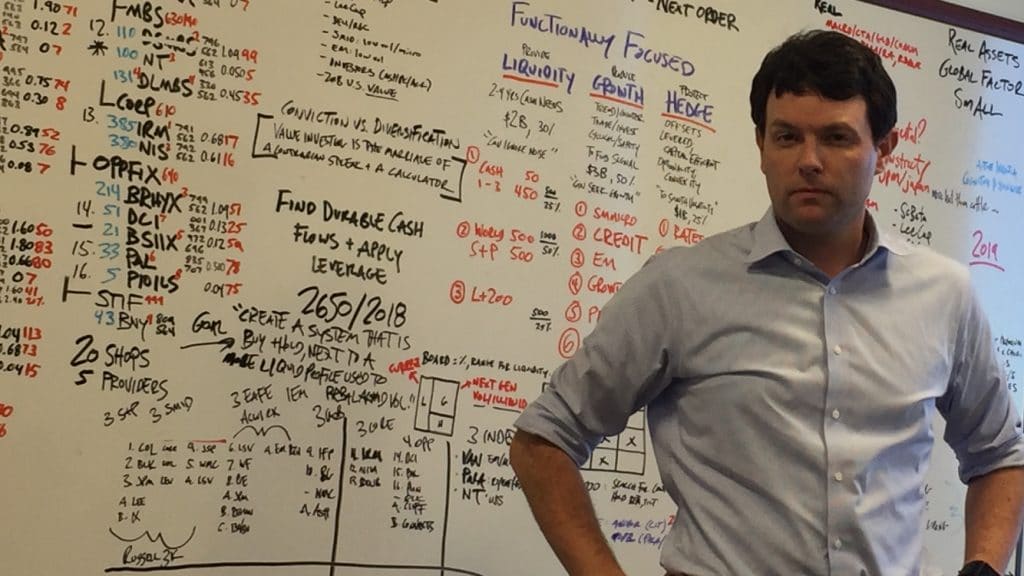 “When I got my Master’s it just happened to be the deepest depth of the global financial crisis,” Carleton now can say with a chuckle. “Here I was, just out of Bentley with a fresh degree, but I find myself competing with everyone who had been working for Morgan Stanley for 10 years. I had spent most of the past couple years in a van.”

His rooming situation has since improved, living with his wife and children outside of Boston, close to the town where he grew up. His Bentley training eventually earned him roles at Fiduciary Investment Advisors near Hartford, and NEPC in Boston before joining Textron for an in-house director position in 2014.

While many of his buddies remain in the pop world with varying degrees of success, Carleton’s singing today is mostly limited to friends’  weddings and jam sessions. That’s just fine with him.

“Music was the best job for me when I was in my 20s, but a real important limitation for me was what that kind of thing meant long term,” he says. “It really wasn’t the kind of situation that would have set me up to be a good dad and have a career I could enjoy for a few decades. It’s not impossible in the music industry, but I don’t think I could have enjoyed trying to pull it off. I’m lucky and excited that I can analyze markets with the same passion.”

In some ways, the song remains the same. Carleton is on the road perhaps more than he’d like to be, but he’s always found it’s important to experience people and places firsthand, rather than to rely solely on someone else’s opinion. The August trip to Detroit was worthwhile even beyond the networking that he finds so valuable. “Motown’s on the rebound,” reports Carleton, and it might entail some valuable investment opportunities. Other trips are scattered throughout the  remainder of his 2017 agenda.

“Just like a musician, always on the road,” he says. “Only the costumes are a lot different.”

And he has to be up before noon.