Credit him for employee inclusion

That old western adage of “this town ain’t big enough for both of us” must have gone through the minds of at least some employees at Community One Federal Credit Union in 2009.

Their Nevada firm had just been acquired by a bigger operation, the Utah-headquartered America First Credit Union, and that usually means the acquiree’s workforce gets pared down. Only that hasn’t been the case. Whereas the CEO was let go—as is the industry norm—most of the others were retained, including the human resources director, albeit in a different but related position. 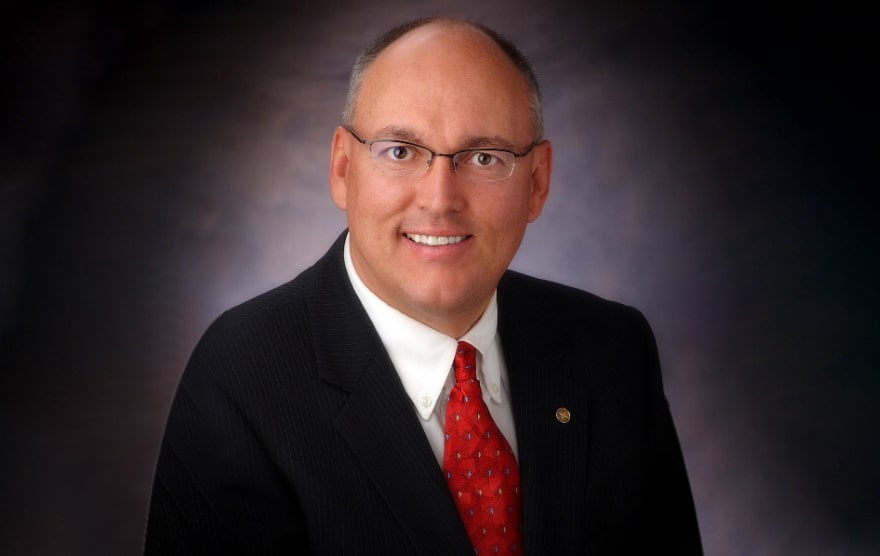 According to AFCU’s senior vice president of human resources, it’s how the firm chooses to operate.

“We try to hold onto everyone,” G. Kent Streuling tells Vision in October from Riverdale, Utah. “The last two mergers, both HR bosses stayed and now work under me, and the arrangement is going well.”

The same holds true for the other newcomers. After all, when a credit union is absorbed, it usually wasn’t performing up to expectations. AFCU being a healthy entity and active in five western states, Streuling says the new staffers are made to feel welcome and keep plenty busy.

“With each merger, the first thing we do is meet with them and explain what’s happening,” Streuling says. “They may be nervous and scared, and we encourage them to ask questions. We emphasize, ‘you’re becoming part of us,’ and we send in a coach who will teach them how to operate as one of us.”

He hopes everyone is in it for the long haul as AFCU would rather retain than recruit qualified personnel. His department continues to engage staff through surveys and questionnaires and tries to satisfy reasonable wants.

In recent times it’s meant fashioning a hybrid workplace, as even during the worst of COVID-19, not everyone wanted to function remotely. The HR department following the guidelines of local health departments and the federal Centers for Disease Control and Prevention, branches remained staffed with safety gear and social distancing.

“As an essential business we had to stay open and reinvent ourselves,” he says. 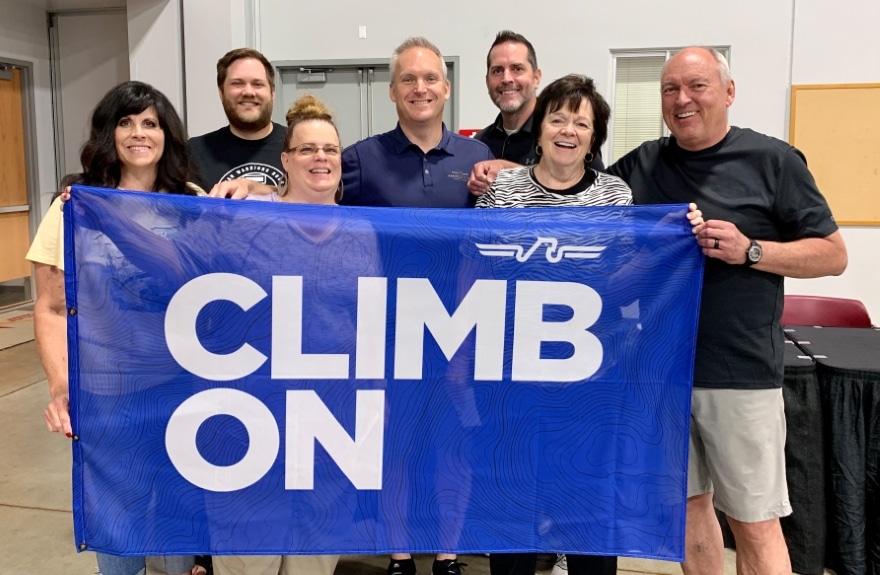 Credit union membership having adapted to online service, AFCU still had to close some of its supermarket locations, opt for smaller offices elsewhere and avoid layoffs by moving staffers. While it wasn’t a perfect solution, Streuling says it was carried out with the intent of least disruption.

The more the staffers feel their value, the better Streuling says they’ll serve membership and how vital that is. AFCU bears little resemblance to the credit union he joined in September 1997.

Twenty-five years ago, AFCU was just a Utah credit union with 700 employees in 30 branches. Through seven mergers and acquisitions, it’s grown to 121 branches and 3,200 employees while spreading into Nevada, Arizona, New Mexico and Idaho.

“Not only has the organization grown, but I’ve had the opportunity to grow with it,” Streuling says. “It’s been an experience that I’ve enjoyed thoroughly. I’ve been in HR for over 30 years and never thought I’d be dealing with the issues we’re dealing with today.”

Eyes on the prize

Technology allowing for faster employee input, Streuling’s department recently kicked off the first of a three-year process with Qualtrics gathering data on what pleases the workforce. Awardco provides a dashboard for managers to recognize employees and award them points redeemable on gift cards. And he’s redesigning pay and benefits.

“I have a philosophy that appropriate pay is as good a financial decision as any other business plan,” he says. “Money is not a primary motivator—that’s why the importance of this other stuff has to kick in, but I can get them in the door with the right pay.” 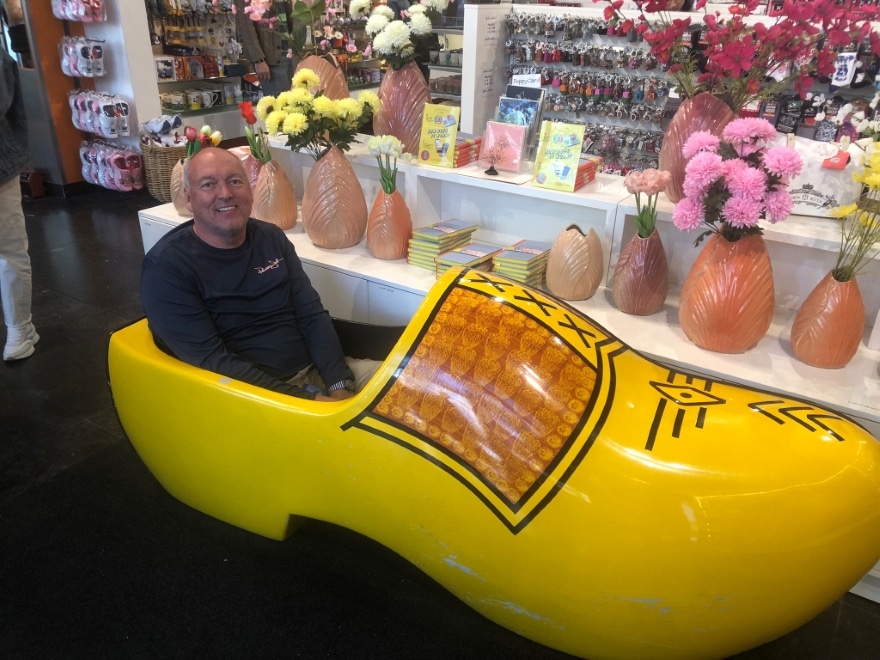 He’s been operating like that since his 1991-97 stretch with the Utah Jazz and the Delta Center arena in Salt Lake City. Time was when the Brigham Young University graduate might have followed his father into accounting, but dad accurately perceived the younger Streuling as not cut out for crunching numbers. He taught fourth and fifth grade for a spell, then saw himself as a corporate trainer.

Corporate trainers, however, were among the early casualties of the 1991 recession. Streuling having taken HR classes at Brigham Young, he was hired by the Delta Center to assemble staff and policies.

That was a fun gig—to a point, he says. To be sure, there’s glitz and glamor in pro sports and entertainment, but Streuling’s day didn’t end once the players and performers left the floor. Aside from the NBA’s Jazz, a WNBA and minor league hockey team shared the Delta Center and when there wasn’t a game, there likely was some other event that had Streuling working many a weekend night and holiday.

At home at AFCU

AFCU having offered Streuling a more civilized schedule, he’s never had any regrets. Having been in this role for a quarter-century, he acknowledges being in the twilight of his working life.

There’s still much to do, and he sees about five more years on the job. He’s supported the credit union through tech upgrades for lending and collection payments and another to expand membership. More recently he’s working on an employee online ecosystem that’ll enhance recruiting, retention and engagement—subjects that have him thinking of DEI, diversity, equity and inclusion. 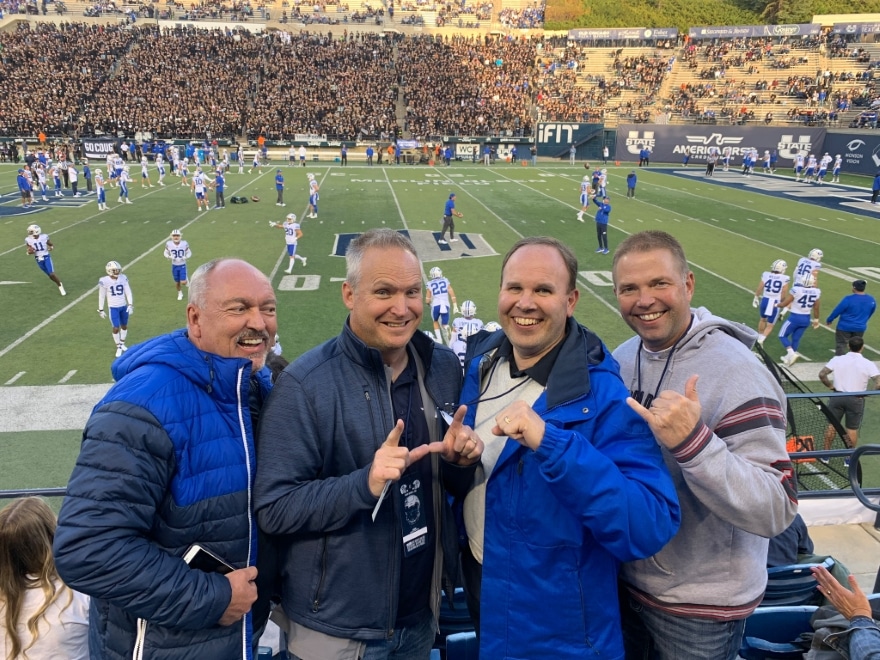 “Financial institutions tend to be very conservative,” he says. “We have to examine that and make sure inclusion is part of what we are.”

Technology changing every six months—and that timeline shrinking—he’s never at a loss for self-motivation. He’d also like to spend part of his remaining time training a successor.

“When you’re in HR, you have to balance what’s good for the employee and protect the company,” he says. “I view my role as making all those stars line up the best I can. I want my headstone to say, ‘he was fair.’” 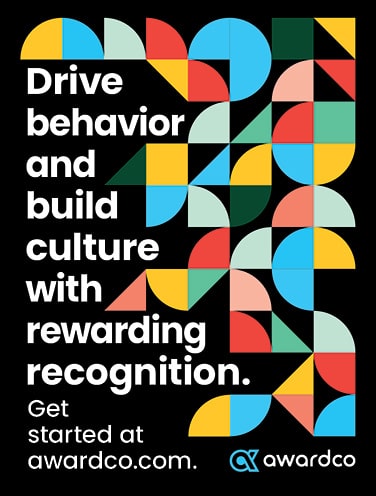