The flow of change

Once completed, it will pump out more than a hundred million gallons of clean, potable water a day. The largest of its kind in the Americas, the planned water desalination plant in Playas de Rosarito, Mexico, has widespread implications for the community, the country, the continent—and the world at large.

And Hector Izzo is right in the midst of it, helping to make it a reality. The general counsel and chief compliance officer of SUEZ Mexico, a subsidiary of SUEZ Environment, says he is particularly proud to be part of a company that is dedicated to the well-being of both the planet and its people.

“I’m thrilled by its overall core values and reputation,” he says. “It was one of the things that made me turn my head to SUEZ.”

Bringing more than 10 years of experience and ample enthusiasm to SUEZ, Izzo delved right into the long-anticipated Rosarito project upon joining the company less than a year ago.

The utility company, headquartered in France, is working with NSC Water and NuWater on the $540 million ($10 billion peso) public-private endeavor, scheduled to start construction in 2019 and begin output in 2022. SUEZ is involved not only in its design and construction; it will participate in the plant’s operation for 37 years. 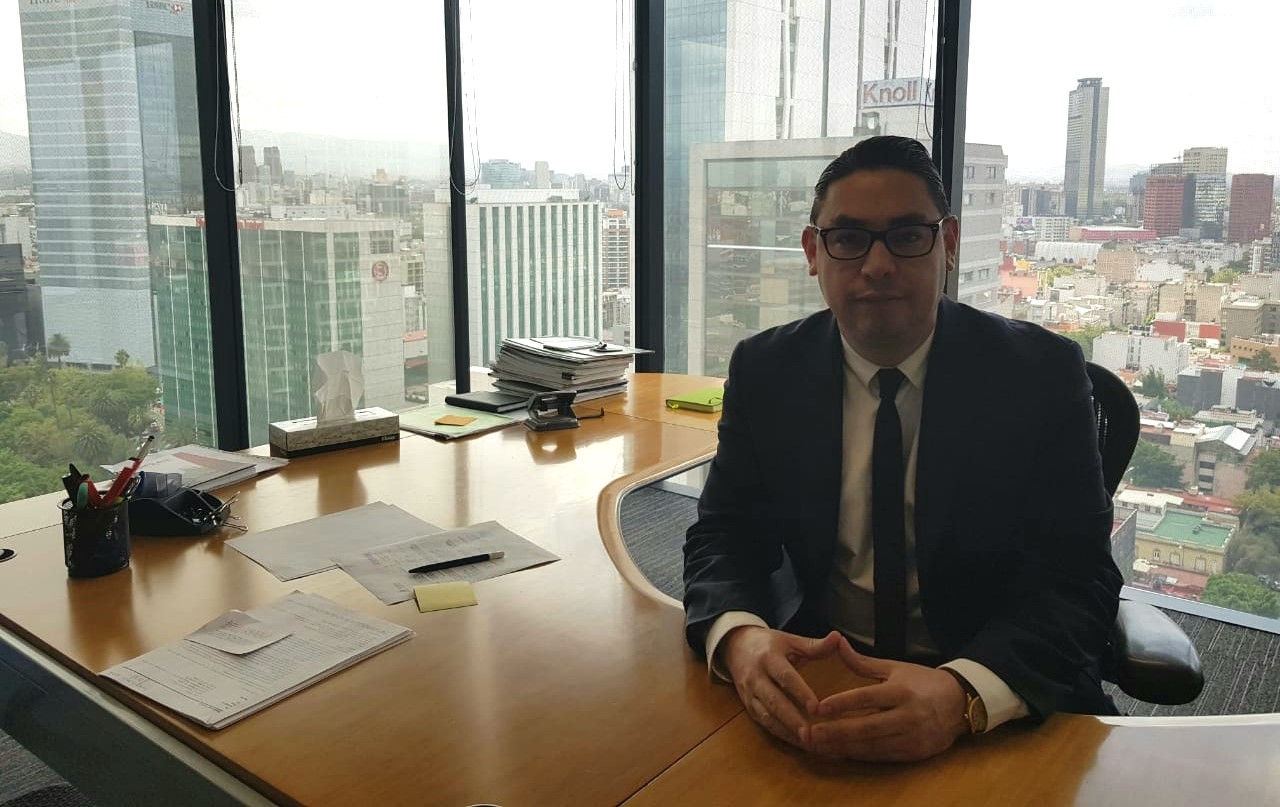 Desalination is a growing alternative in Mexico, where water shortages worsen every day; it uses reverse osmosis to extract salt and mineral components from seawater, thus making it safe for humans to drink.

The plant will start by producing 50 million gallons a day for Tijuana and Rosarito, Izzo says—ultimately benefiting both locals and the area’s booming tourism industry. Once fully operational, that output is expected to double.

Being involved in the massive project has allowed Izzo to flex his legal skills: He and his team are involved with the negotiation and closing of all of its main agreements and contracts. Meanwhile, due to its three-part role as contractor, operator and shareholder, the company has formed sub-teams as a means to prevent conflicts of interest.

Then there’s the major issue of risk tolerance, Izzo says. “Projects rarely go exactly to plan,” he acknowledges. “I, as an in-house lawyer, focus and put my risk mitigation skills to work by understanding which parts of a project are most likely to veer off course.”

Izzo has spent the majority of his career working for corporations; having previously worked as counsel for SAP Latin America and Enel Green Power North America Inc. He joined SUEZ in October 2017, and praises the worldwide specialist in water treatment and waste management that, for over 160 years, has contributed to such projects as the construction of the Suez Canal and vast improvements to sanitation and comfort, and operates more than 500 plants worldwide, employing more than 88,500 people.

When asked “Why law?” Izzo relies on a quote from the legendary James Baldwin: “Not everything that is faced can be changed, but nothing can be changed until it is faced.”

Such is the substance of practicing law, he says—it is about calculated choices and intense analysis, confronting realities, and looking to the decisions of the past to help guide the choices of the present and future.

“If you want a career that allows for lifelong learning, law is definitely the one,” says Izzo, who is fluent in Spanish and English, and proficient in Italian and French.

On the corporate side, especially, it is a dual learning process, he adds. “Not only have I needed to understand the law, I’ve needed to understand my internal client’s core business. That has allowed me to learn so much about different industries, as well as diverse areas of the law.”

His department at SUEZ is comprised of seven senior and junior counsels who handle the spectrum of legal matters. Izzo notes that he leads under a “mutatis mutandis” principle—derived from the Medieval Latin and meaning “the necessary changes having been made.” That is: He adjusts his management style day-to-day, based on the changing needs and fit of his people and business-commercial requirements.

In an industry with “tons of players,” SUEZ sets itself apart by focusing on new opportunities and experiences, he says, and by taking on projects that others might see as too complicated or unnecessary. “In a nutshell, it comes down to differentiation, thought leadership and expertise,” Izzo says.

Meanwhile, he is impressed with the company’s commitment to community involvement, outreach and training.

“Giving back is a big part of my personal philosophy, and I was excited to find a company that feels the same way,” he says, noting the boost it gives to both professional development and morale. “I’m able to come to work every day to a place where not only my technical skills are valuable, but my personal philosophies as well.” 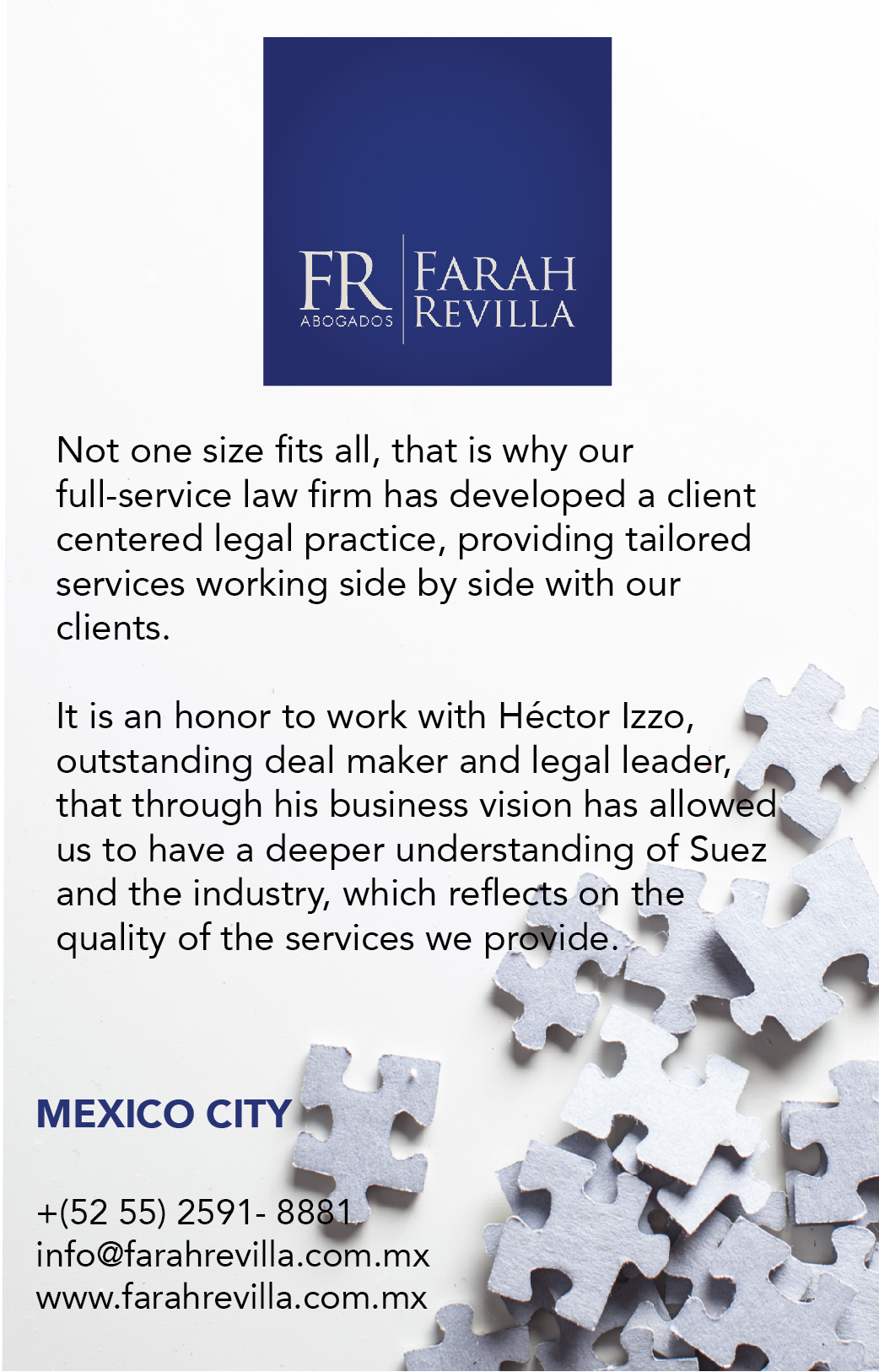