Ilenia Herrera remembers getting a call from one of her many hires, a young Hispanic American man who had just earned a big promotion and wanted to thank Herrera for giving him his first post-college job.

She remembers the young woman whose entire family cleaned houses on weekends, just to earn enough to send her to community college, paving the way for a promising career at the company.

Herrera has dozens of stories like this, about people from every walk of life looking for a chance to better their lives—and those of their families. Unlike most movies or books, however, these are the kinds of stories that never get old. 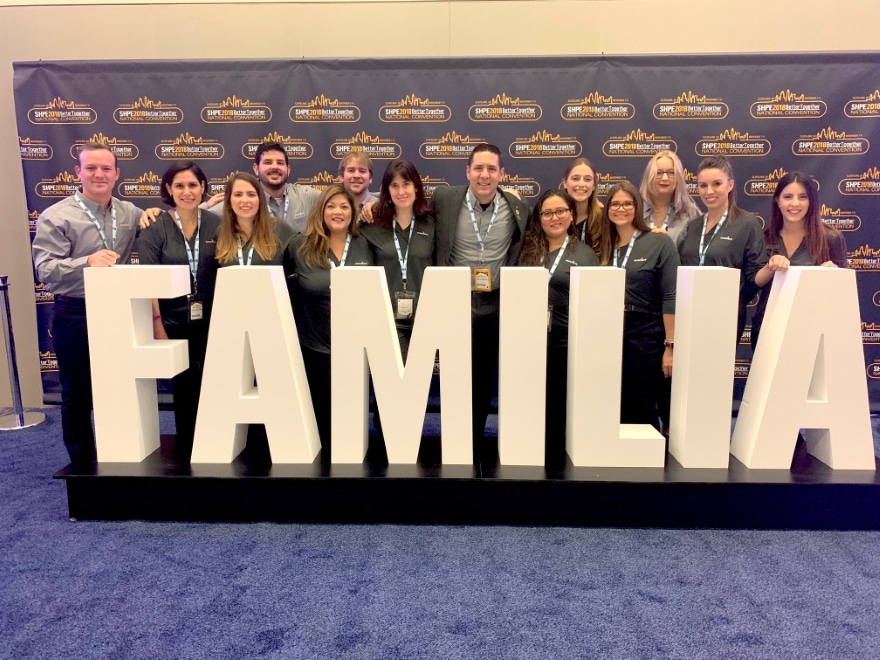 “Whenever I hear about someone moving up the ladder, or how they’ve thrived and what they’ve learned—it’s the best part of my job,” says Herrera, inclusion and diversity programs manager for professional services giant Accenture. “Knowing that you helped change someone’s life, whether by hiring them or just being someone they can turn to, it’s a special feeling.”

Indeed, it wasn’t so long ago that Herrera was the one seeking that first big break.

Raised in Panama City by a Panamanian father and a Cantonese mother, Herrera displayed an early aptitude in science, technology, engineering and math (known as STEM).

But after being accepted to Purdue University, a school renowned for its engineering program, Herrera’s final year of high school proved so grueling—students had to go six days a week following a prolonged teachers strike—that she decided to follow another path entirely.

“I changed my major to communications; thought maybe I’d become a professor or work in PR,” Herrera recalls. “But that engineering and analytical background stuck with me and was one of the driving forces that led me to consulting.”

Toward the end of her senior year, on the advice of a few of her engineering friends, Herrera attended a job fair on the school’s campus. There, she met a recruiter from Accenture—one of the world’s leading consulting and professional services firms—who encouraged her to apply.

She got the job.

Hired initially as a systems integration consultant, in 2000 she accepted a position as a campus recruiter, focusing primarily on the Chicago and Milwaukee regions. It didn’t take long for Herrera to realize she hadn’t just found a career, but a calling.

“I was hired because of a campus recruiter, and here I was less than two years later doing the same thing: going to college campuses and finding talent,” Herrera recalls. “It just felt like the perfect fit—and it still feels that way.” 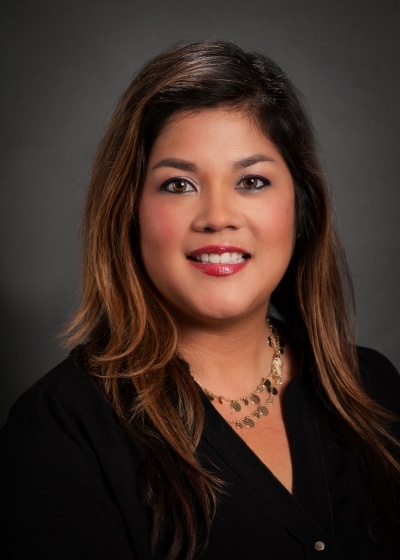 It was around that time that Herrera began working closely with representatives from the Society for Hispanic Professional Engineers (SHPE), a nonprofit organization with professional and college chapters throughout the country—including one at Purdue, where Herrera had attended a handful of meetings.

After seeing how the organization operated, however, Herrera knew she’d found a resource she could lean on.

“As I continued in my career at Accenture, it became evident to me that SHPE’s values were in sync with my own,” Herrera recalls. “Hearing people’s experiences, helping people grow in their roles and careers, the importance of inclusivity and diversity. It was so powerful.”

In late 2004, after nearly seven years at Accenture, Herrera left the company to focus on her biggest role yet: raising her son. The following December, out of the blue, Herrera received a call from one of her former colleagues, who wanted her to rejoin Accenture as a part-time human resources specialist.

Herrera accepted. Seven years later, she expressed interest in getting back into campus recruiting. As it turned out, Accenture was looking for someone to helm its Chicago operations.

“I couldn’t turn it down,” she recalls. “That’s why the culture here is so special: They value people who do great work. I knew I wanted to pay that forward.”

To say she’s made good on that goal would be an understatement.

While Hispanic students represent one of Accenture’s areas of focus, Herrera’s I&D efforts (she prefers to put the “I” first, claiming “you can’t have diversity without supporting inclusion first”) encompass many different minority groups, including African Americans, people with disabilities and the LGBTQ community.

Her responsibilities don’t end with recruiting, however: She also helps ensure these new employees are acclimated to Accenture’s work environment as quickly as possible through workshops, learning series, mentoring circles and other resources provided by the company. 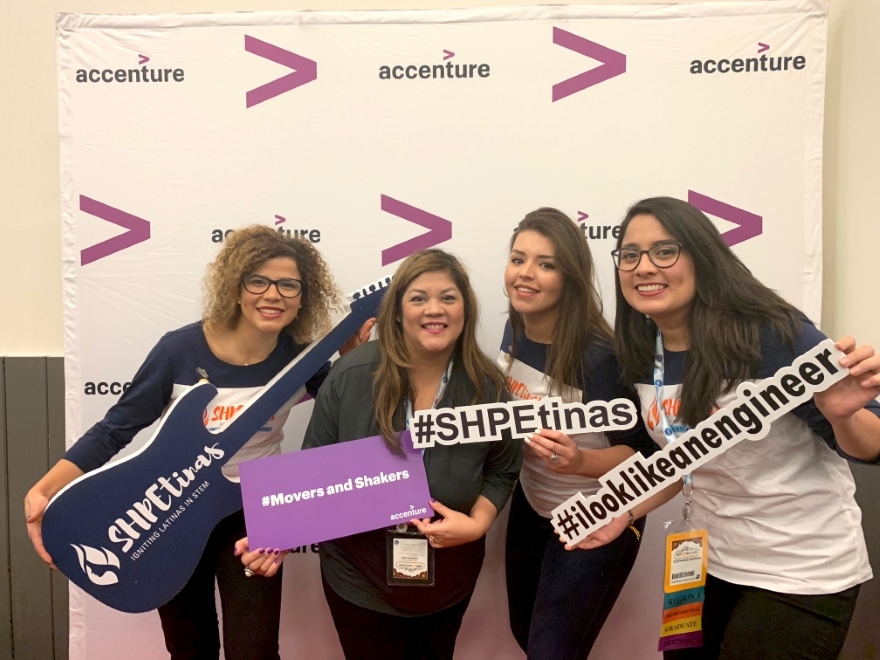 “The business world is changing at a rapid pace, so it falls on us to make sure they have the support network they need to navigate that change,” Herrera says. “We want them to have a number of people they can go to for help and guidance, and in that way I feel like my job is to be a connector.”

More broadly, Herrera is responsible for boosting participation in the company’s Undergraduate Conference, as well as its diversity partner relationships. She’s also focused on strategic projects to ensure the company’s talent acquisition efforts are optimized.

But for as much as Herrera’s role has evolved, the one constant has been the power of mentorship.

As part of Accenture’s international mentorship program, Herrera is currently mentoring two employees (one in the Philippines, the other in the U.S.), providing everything from career advice to emotional support.

She’s also an informal mentor to many of her former hires. Herrera’s efforts have been so consistent, in fact, that the company recently named her a “Rockstar Career Counselor,” an honor reserved for those who are “making a difference in people’s everyday experience.”

There is, however, one mentee who Herrera treasures the most: her 16-year-old son, Ian, who is already eyeing a career in engineering.

“My most important job will always be my family,” Herrera says. “I wouldn’t be who I am today without them. It’s the least I can do to help my son along this path—just like so many people did for me.”