Where curiosity is cornerstone

The path to progress can be overlooked by disproportionate attention on something else, necessary as it might be. Case in point, says Jim Campbell: the internal combustion engine.

It’s been powering what used to be called the horseless carriage since the latter part of the 19th century and getting more efficient all the time. But with calls to cut back on fossil fuels only intensifying, Campbell thinks a closer look needs to be taken at something else under the hood.

“One hundred years of refining the gasoline engine and little or no development in battery technology up until very recently,” muses Campbell, who as owner, president and CEO of an innovative Canadian company is indeed mulling over that boxy item which jolts the engine starter. “That’s the reason the electric vehicle industry hasn’t grown. Other than lead acid batteries, there’s been little or no development of large capacity batteries up until the past 20 years or so.” 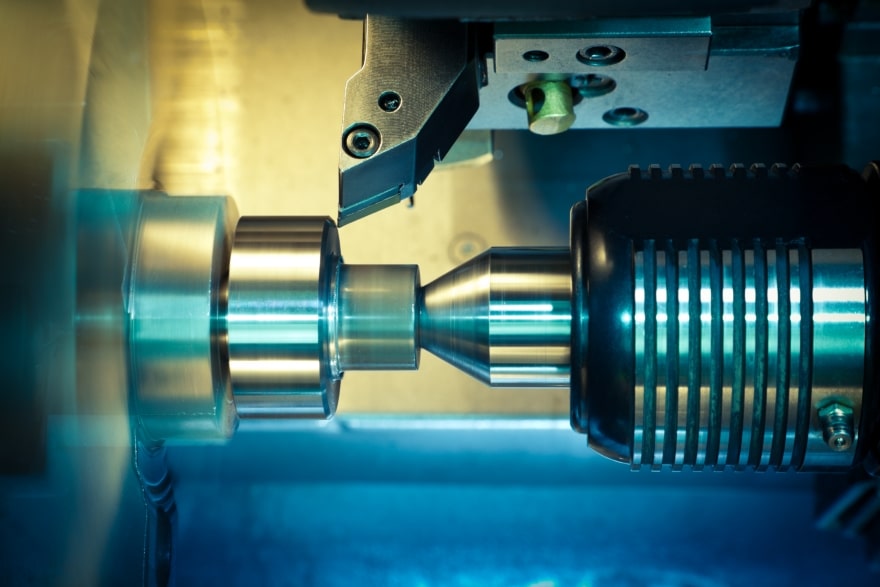 There being so now should provide opportunity aplenty for Adventec Manufacturing Inc., the company Campbell founded in 2000 in Hamilton, Ontario, after garnering a slew of experience—good and bad—with other players in the automotive and technological industries.

An engineering company that solves problems on behalf of an international industrial clientele is how Campbell describes Adventec—a company free from the “cult of MBAs” whom he blames for running at least one of his former employers into the ground.

More on them later. But as Campbell makes clear in an April interview with Blueprint, guys in suits aren’t the ones you want having your back. Not when there’s such a “Wild West” feel in the rapidly evolving electric vehicle (EV) industry, with innovators vying for a piece of the lithium battery business that has helped put automakers in the driver’s seat. 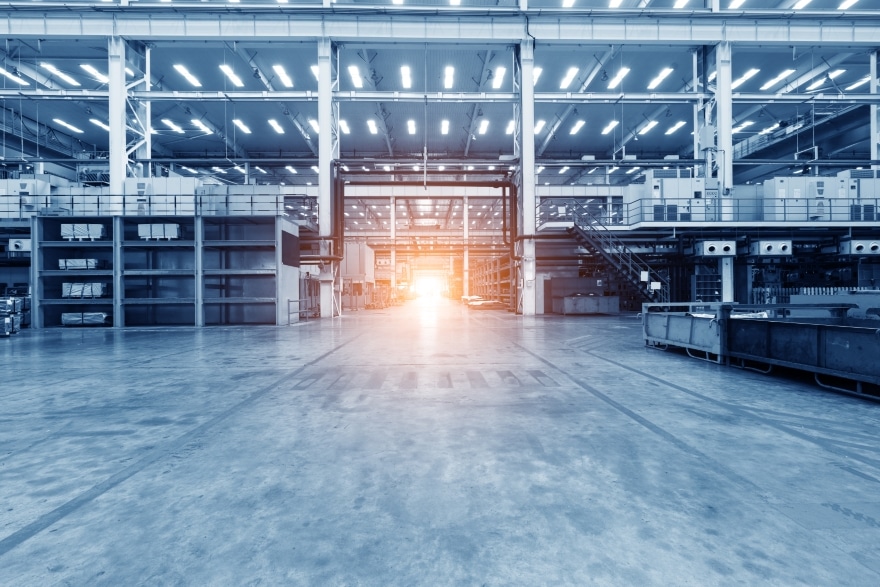 After all, it falls on them to weigh the merits of the competing platforms, and a battery company without a major EV contract may not be energized for the long haul.

But Campbell believes Adventec is better positioned than most of the field, having forged partnerships with the so-called Tier 1 companies that supply components directly to the original equipment manufacturers, or OEMs.

Since 2011 Adventec has provided approximately $250 in components for every 30-kilowatt lithium metal polymer battery [LMP] that powers the Bolloré Bluecar, the small four-seat, three-door electric vehicle developed in Italy under a joint venture by French automaker Bolloré and Italian designer Pininfarina.

“The good news is it works well,” says Campbell of the car with a range of 160 miles in urban use and a maximum speed of 80 mph. “The bad news is it’s not Tesla—only around 5,000 vehicles are being built presently.”

Those Bluecars proved popular when the Parisian car-sharing program commenced in late 2011, with electric kiosks lining streets in the City of Lights, and several thousand vehicles accessible via apps and memberships. But, as the late Gilda Radner of “Saturday Night Live” fame used to say: “It’s always something.”

As Campbell explains, the propensity of young Parisians to go on rampages after last call or a soccer triumph have often led to vandalism and fires that posed extra danger with Bluecars, lithium being among the most volatile entries in the periodic table. The plug on what was known as autolib’ has since been pulled in Paris, but Bluecar sharing thrives elsewhere, including other parts of France as well as London, Singapore, Los Angeles and Indianapolis.

Look out Tesla, Campbell says with an optimistic chuckle. Might have competition sometime down the road.

One base at a time

“In this business, you advance by base hits, not home runs,” Campbell says. “We encourage and foster a creative culture in our organization that encourages people throughout our team to come up with ideas, but it takes time. I’m putting an emphasis on how to expand our footprint, and that’s our biggest challenge.”

Even when Adventec gets on base, the next battery may whiff. Campbell recalls like it was yesterday—rather than the early 2000s—when Adventec and another Canadian company, LMP battery specialist Avestor, were neck deep in research and development. Formidable credentials notwithstanding, Avestor went belly-up in 2006.

“That’s the Wild West,” Campbell shrugs. “Winners and losers. We were hurt badly when they went bankrupt, and they had more PhDs than NASA. But it didn’t dissuade me; it taught me to spread my business, to shake it up.”

One silver lining has been Campbell doubling down on his most proactive approach worldwide. Battery technology development is now a global undertaking which has meant looking more to Europe and Asia as well as domestic North America. Rather than present a company with a specific offering, Campbell will ask instead if they have technical challenges that Adventec can resolve.

That approach worked a few years ago with Valeo, a major European auto parts and systems manufacturer that has since sourced Adventec with an array of complex, hard to produce parts including aluminum membranes for ultrasonic park assist sensing and detection, connectors and controls for other functions such as windshield wipers, and inverters for hybrid vehicles.

If a company has a problem, Adventec will solve it. And without those pesky men in suits to foul up the process.

“A lot of what I learned as a business manager has been by seeing things done wrong,” says Campbell, who from 1981 to 1993 worked for TRW Transportation Electronics, progressing to director of operations of their vertically integrated Stoney Creek, Ontario, facility.

But, as he laments, during the late 1980s, “this cult of MBAs took over, thinking they didn’t need to walk the shop floor because they came from great business schools and could move numbers around on a spreadsheet to model real life. Unfortunately, it’s not that simple and with their mission focused on maximizing short-term profitability, the easiest way to accomplish that was to move to Mexico, and that’s what they did, as did many other multinationals. I was thinking that if their mission was to maximize growth and profitability, they’d ultimately take out their own customers since one’s got to have income to buy a car.” 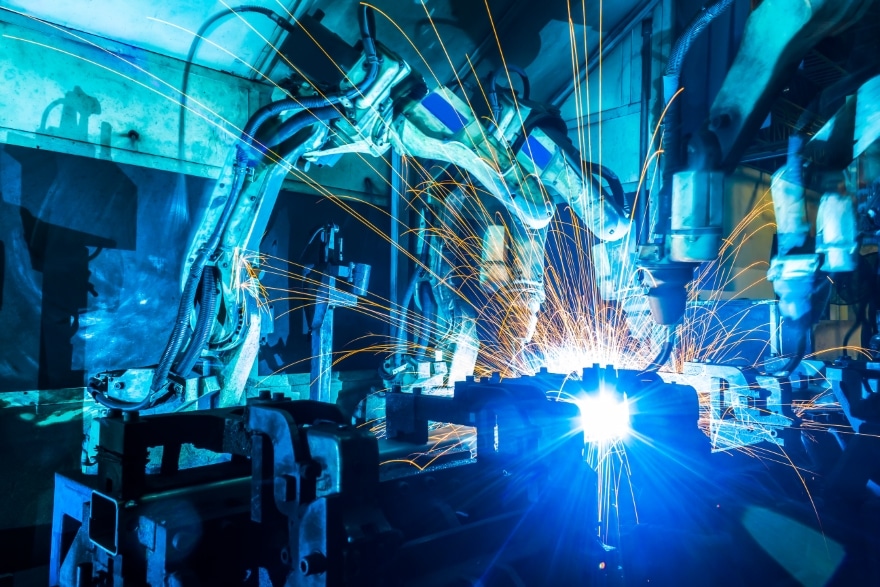 Campbell would turn out the lights at that plant in 1993. Though around 250 men and women would lose their jobs, he was fortunate enough to land a position as director of operations, carrying out the North American business launch for FCI from 1994 to 1995, before moving on to vice president and general manager of Polymer Technologies from 1996 to 1999.

Confident and adventurous, one year later he’d start Adventec where “linking innovation to execution” is a motto as well as their modus operandi. He’s got 120 employees running on a 24/7 basis, of whom one-third are either engineers or tech grads, many hired right out of university and placed in production where they can learn Adventec from the ground up.

“We provide the opportunity to take theoretical knowledge and apply it in a high-tech environment on a day-to-day basis,” Campbell says. “You see the cream rise to the top.”

Multicultural cream at that. While Campbell detests China’s business model—”a vacuum cleaner for sucking up intellectual properties”—his workforce is truly multicultural, a matter of considerable pride for the entire team, including many from China.

“Walk through my plant and it’s like the United Nations,” he says. “It’s a warm and welcoming environment for new Canadians from everywhere.”

In order to accelerate and emphasize their focus on continuous improvement, Campbell just made a big investment in formal problem-solving training for his team, working with Dr. Min Basadur, founder of a problem-solving method known as Simplexity. “Min has dedicated his professional life in industry and academia to transitioning problem solving from a black art to a disciplined process that provides a means to engage an entire group to focusing on problem solving, continuous improvement, and challenging the status quo.”

All of which are key elements to fueling innovation while simultaneously providing opportunities for personal and professional growth of the employee.

“I’m a dyed-in-the-wool capitalist,” Campbell says. But our firm isn’t just about enriching shareholders.” Our mission is to succeed in the markets we serve by valuing our employees, partnering with our customers and suppliers, fostering a commitment to excellence, and recognizing our responsibility as a company to contribute meaningfully to the betterment of our community, society and the environment.” 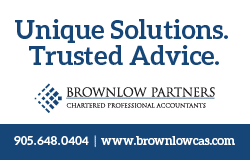 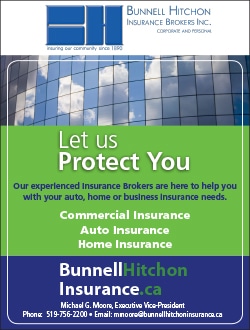 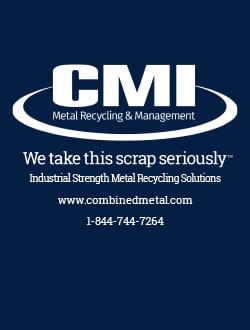 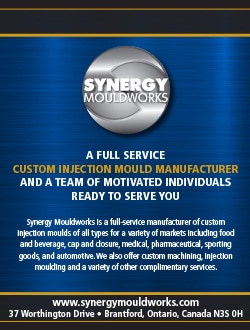