A game plan for a secure future

“What’s your next?” A simple question, perhaps, but one that’s been known to stump a lot of otherwise smart folks who may not know just where they are going or what their holdings may enable them to do in life.

A fee-based Registered Independent Advisory firm that oversees more than $1.3 billion in investable assets, StratWealth abides by a three-pronged approach: Ensure a best-practice philosophy, craft a remarkable culture and grow the firm. DeCarlo chooses not to deal directly with clients, instead providing the strategic leadership necessary to take it to the next level.

“I am humbled to be part of such a beautiful business,” he says. “Our future growth plans are big and they are very exciting!”

The firm wants clients to ask hard questions about their own future. As long as they are dealing with StratWealth, they’re never alone and the question of “what’s next” is always pending.

“Our advice process is a clearly articulated, trademarked, eight-step process designed to help the people we serve,” the personable DeCarlo says from his office in Columbia, just outside of Baltimore proper. “No one is left to wonder. And the service is unending; when we’re done with the first few steps of planning, we regroup and reset for what might be next in a client’s life.”

The heavy lifting is done through the firm’s planning process, called NexitStrategy (NEXIT). It’s a never-ending eight-step process that begins with the two parties getting acquainted, usually through a referral—the firm does very little marketing.

After the introductory handshake, a StratWealth adviser simply listens as clients clarify their financial concerns or challenges. This is also where NEXIT springs to life: nurture, expertise, integrity and teamwork. The collective process goes to work to help clients articulate short- and long-term needs that they might not have considered. 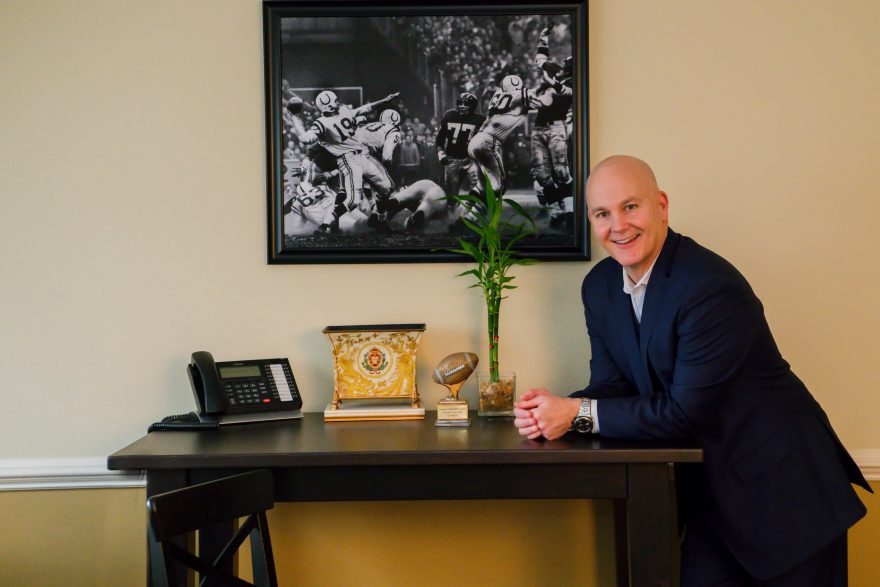 “Clients tell us they feel in control, organized and have greater peace of mind when they have been through this part of our process,” DeCarlo says.

The next step is to build on what has been shared by clients in the earlier meetings. StratWealth’s financial planning department documents a financial plan, using client goals, cash-flow objectives and an unbiased investment approach that’s readily understandable.

The NexitStrategy then sets in motion the final steps of NEXIT. Clients work with advisors to learn how StratWealth strives to provide them with asset protection via diversification to help weather any market storms. NEXIT then looks out over time to unpack for clients a financial roadmap and various scenarios to consider—ranging from college planning for kids or grandkids, to generational and estate planning, to retirement funding, or to income planning when work stops.

“This is where the rubber meets the road,” says DeCarlo. “We understand that few really care about financial planning, they care about the outcome. And through NexitStrategy we go to work each day on the outcome.”

NexitStrategy’s eighth step is known as “professional integration,” whereby the firm offers to work with each client’s outside advisers (if any) to synchronize information for them. This step pulls all available  information into one area to simplify the journey for clients.

But while there’s a beginning to the eight steps, as DeCarlo says, “It never really ends. Life changes are constant, we see tax changes, career events, health scares, interest rates move, and the market movements. Planning is essentially a perpetual motion.”

And with the kind of growth StratWealth has seen on DeCarlo’s watch, that’s a lot of perpetual motion taking place.

“We manage around 850 families and over 100 retirement plans, entrusting us to provide a fiduciary duty of care that will support and guide them through life’s challenges,” DeCarlo says, adding that the typical client ranges in age between 35 and 75, and the standard retirement plan has about 50 members—but there’s no boundary on either end.

“Unlike other firms, we are structured in a way where we can afford to work with anyone of any age and with any size 401(k),” he says. “As long as we strike a cultural fit that will see us both enjoy the long journey together, we offer our services to those who need help; we don’t have a minimum investable asset size.”

Few people will pass through life without some financial concern. As an RIA firm, StratWealth stands as a fiduciary, meaning it is paid a fee for advice and is focused on putting the client first.

“What we don’t do is manage clients’ assets as if we’re a brokerage house,” DeCarlo assures. “We don’t try to beat benchmarks. The families we look after have told us they are most concerned with protecting their wealth to ensure there’s enough for their future. And our retirement plans are about education and fair value. We’re not chasing the S&P [Standard and Poor’s], it’s not what our client values.”

Spoken like a true teammate, and DeCarlo knows a lot about that.

A name to uphold

His is a name well-known in Maryland, son of the late Art DeCarlo, a pretty fair defensive back on the old Baltimore Colts teams that won NFL titles in 1958 and 1959. Lacrosse, not football, was the younger DeCarlo’s sport of choice, and he was a good enough midfielder at Towson University to be rewarded a four-year scholarship, captaining the team his senior year, and twice elected All Conference. Recruited to play indoor pro-lacrosse for the Washington Waves, he opted for Australia, where he lived from 1989 to 2011. 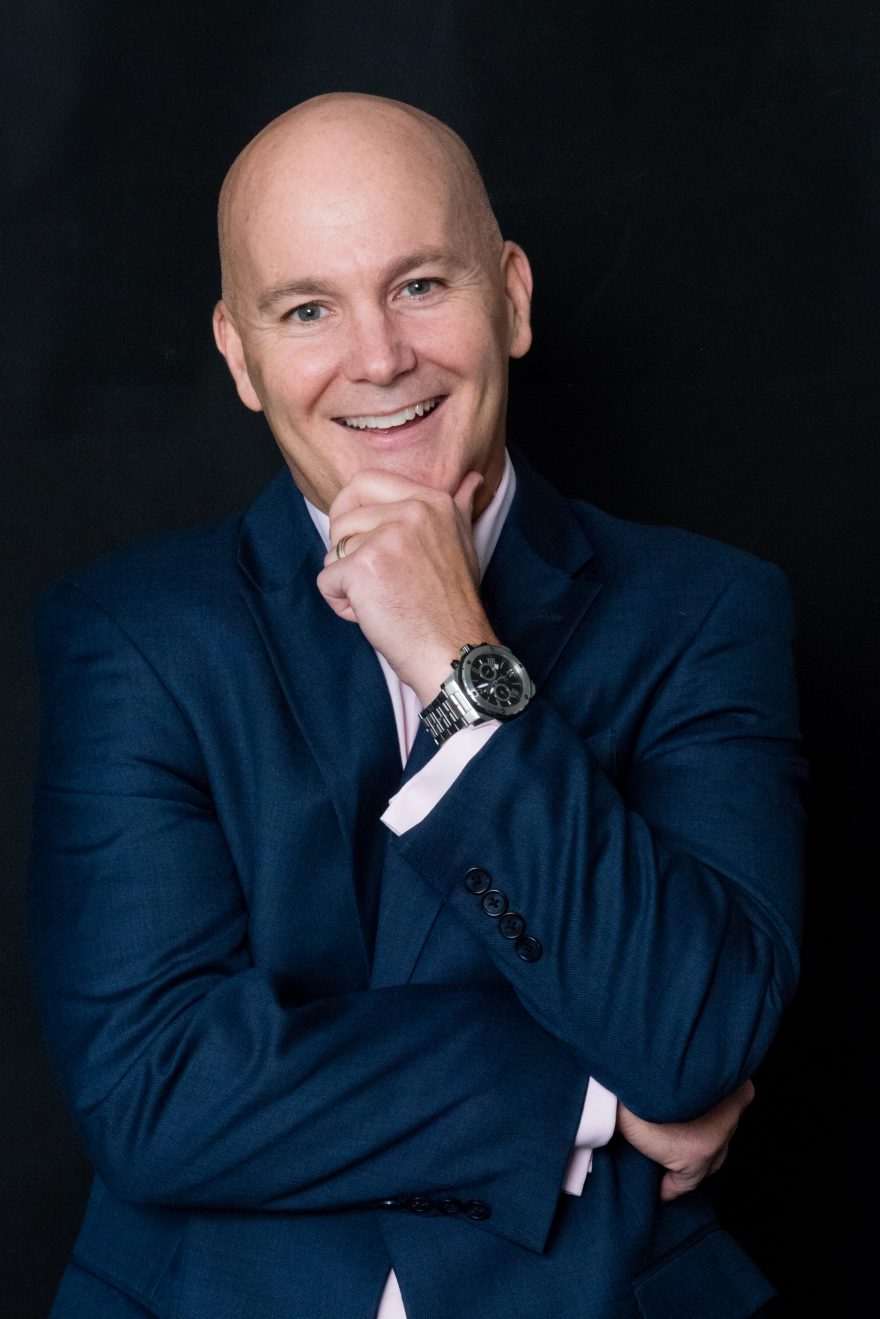 Aussie lacrosse lagging well behind the salary scales of North America’s pro sports, DeCarlo had to do more than just play. His sporting visa allowed both work and study so he enhanced his Towson degree by enrolling into an MBA program at the University of South Australia, and kickstarting his career in financial services.

The young American moved comfortably through the ranks of the Australian financial world with leadership roles in large investment management firms, his focus always on how advisors can build a better business.

Quite happy Down Under with an Australian-born wife and four young children, DeCarlo returned to Maryland—family in tow—amid news that his father’s health had worsened, likely the result of NFL poundings from decades earlier. The senior DeCarlo died in 2013, at which time his son had become a vice president of a boutique broker-dealer in Baltimore. Not long after, he leveraged two decades of working with small advice practices, a globally fresh perspective, and a lot of know-how by stepping out with his own consulting firm, Aegis International. That set in motion a collision course with destiny.

DeCarlo met StratWealth on a speaking panel about industry reform. StratWealth became a client in 2015, with DeCarlo taking a seat at the monthly board meetings. In 2016 he accepted its CEO position.

And what a couple of exciting years it’s been.

“We’ve gone through a complete transformation—better technology, new leadership approach, a sharpened client experience, a broader engagement model for employees, and an open book policy with firm-wide goals being set every 90 days that we openly track each month. We are now set for bigger things,” he says.

A people person, DeCarlo might miss the personal interaction with clients, but trusts his team is more than capable in that area. A CEO’s three biggest challenges, he says, are how to grow a business, how to manage a business and how to exit a business.

As long as he’s doing so well in those first two areas, at least for now DeCarlo won’t focus too much on the third. 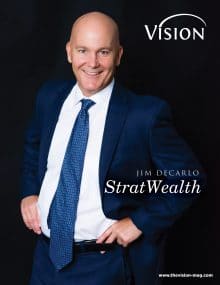 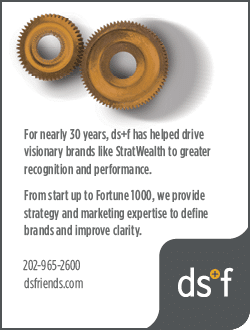 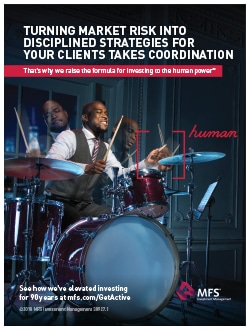