Employment is a virtual balance for Synacor HR leader

When Jody Sirianni joined Synacor in May 2019 as its vice president of global HR, she was struck by the differences between the company and more traditional ones.

“I had never worked in tech before and we’re really laid back,” Sirianni says. “There’s no dress code, we have 25-cent vending machines and events we try to do globally. On our ‘Pi Day’ in March, we delivered pies and we’ve also had a global, digital scavenger hunt.” 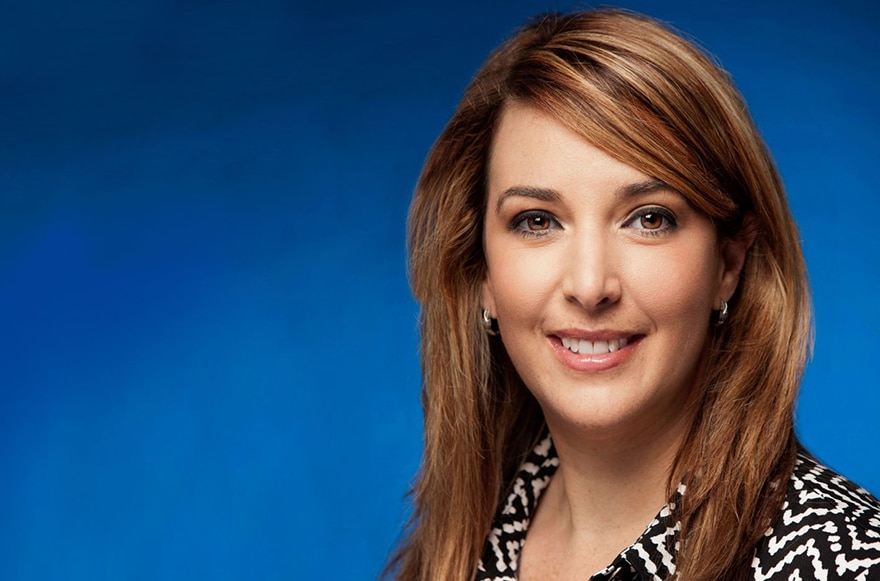 Even before the COVID-19 pandemic closed offices, she says Synacor had established remote work policies, which along with other perks have become necessary to recruit and retain talent in a competitive industry, she adds.

“I put the best foot forward for Synacor,” Sirianni says. “Recruiting is not one-sided anymore, especially with the pandemic. We have to make sure we’re good for the candidate as much as they’re a good fit for us.”

Headquartered in Buffalo, New York, Synacor is a cloud-based enterprise software and services company known for its Zimbra email platform, as well as collaboration and cloud ID and access management platforms for 4,000 customers around the world. The company is also migrating to the cloud and increasingly becoming a software as a service, or SaaS, provider.

In addition to being culturally informal and offering great perks, Sirianni says the company is taking unconventional hiring practices.

“Now we look at candidates throughout the world. People who want to be flexible and remote are the candidates we’re considering,” Sirianni says. “When I do final interviews, I’m selling culture, trajectory and benefits.”

The arrival of the COVID-19 pandemic required Synacor to close its Buffalo headquarters, as well as offices around the U.S. and eight countries. The shift to remote work was eased by the fact that Synacor already offered it in some instances.

“Because we’re a tech company, we’re different,” Sirianni says. “We’re used to having the tech at our fingertips.”

Throughout the pandemic, Sirianni has been surveying Synacor employees about working remotely and their thoughts on returning to offices. The responses haven’t contained any big surprises, although they show employees would benefit from more career development. So in November, the company will begin offering online courses from Coursera. 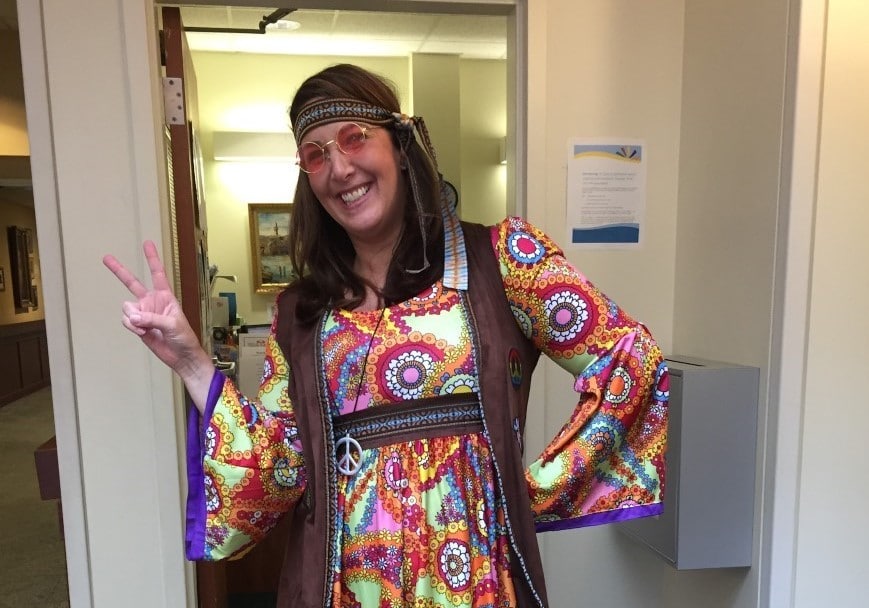 In January, the Buffalo headquarters is scheduled to reopen in about half the space it formerly occupied. While it does, ones in New York, Los Angeles and Frisco, Texas, won’t reopen. Sirianni says Synacor was already re-evaluating what office space was needed before the pandemic, and with employees working remotely in 27 states, there’s no need for the space. Offices in United Kingdom, India and Singapore, and Japan are needed and will reopen, she adds.

The Buffalo office will remain hybrid, too, and reopening was put off until the new year because of concerns about workplace safety and the adjustments employees will need to make for things including child care.

“We should not be the biggest stressor in our employees’ lives,” Sirianni says.

While remote work has been successful, it’s removed a level of in-person interaction Sirianni’s always enjoyed, she says. There are virtual meetings aplenty. She meets weekly with CEO Himesh Bhise, as well as her HR team and business leaders and staff around the world. Job interviews are virtual, too, but lack the level of connection face-to-face ones have, Sirianni adds.

After a 25-year career in HR, Sirianni says she can anticipate where problems can arise in the workplace. For example, she says sexual harassment and other forms of bullying are being addressed more comprehensively compared to when she started.

She says employees and department heads need to be involved no matter how small a problem may appear to be, not just because of liability, but because of their expertise. Because of Synacor’s global operations, Sirianni also taps into the expertise offered by consultants, as well as her staff that includes two HR specialists in India.

Though she’s made a career in HR, Sirianni had planned to become a history teacher. A Buffalo native, she earned a bachelor’s degree in secondary education and teaching from the State University of New York College at Buffalo.

However, her first jobs after graduation was in the headquarters of Tops Markets Inc., a Buffalo-area grocer, and the turn of events turned into a new calling. 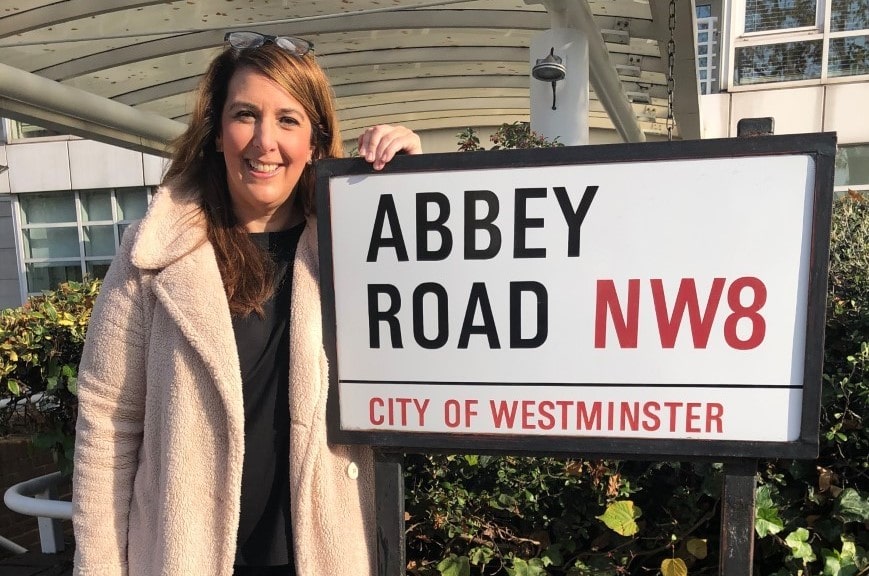 By the time Sirianni left Tops in 1998, she was compensation and human resources information systems manager. She joined Delaware North Cos. as its employee benefits manager and, in 2002, became the regional HR manager for C&S Wholesale Grocers Inc.

In 2007, Sirianni became vice president and HR manager for HSBC Bank USA and, in 2008, joined Bureau Veritas Consumer Products Services as its director of HR for the Americas. She’s also led HR in health care at Weinberg Campus, a Buffalo-area senior care community, from 2015 to 2018.

Prior to joining Synacor in May 2019, Sirianni was executive director for HR at D’Youville College. Looking back, she says she’s been blessed to have mentors and managers who offered opportunities to grow and says the teacher in her likes to help pay that forward.

“Anyone can still succeed even if they went to school for completely different,” she says. “For women in particular—don’t be pigeonholed. It takes hard work but find your passion.” 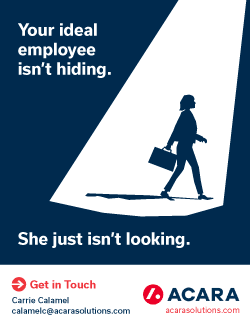 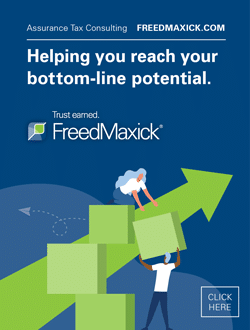 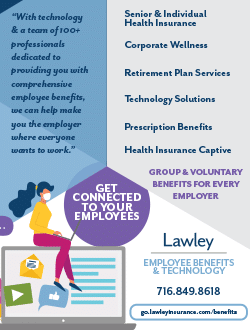 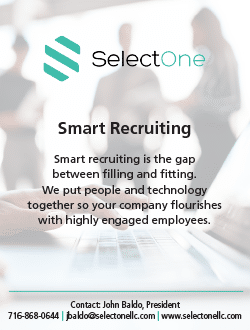