Building for the public good

Even now, months before its scheduled completion, the Ciudad Sanitaria towers above the businesses and apartments of Barrio Mejoramiento Social, a working-class district located in Santo Domingo’s northeast corridor. With a seven-story central hub and building after building of modern facades and gleaming windows, the complex commands its own gravity.

And yet, despite its massive stature, the complex promises to be a safe-haven in the Dominican Republic, a cutting-edge hospital open to anyone, anytime, regardless of ability to pay. 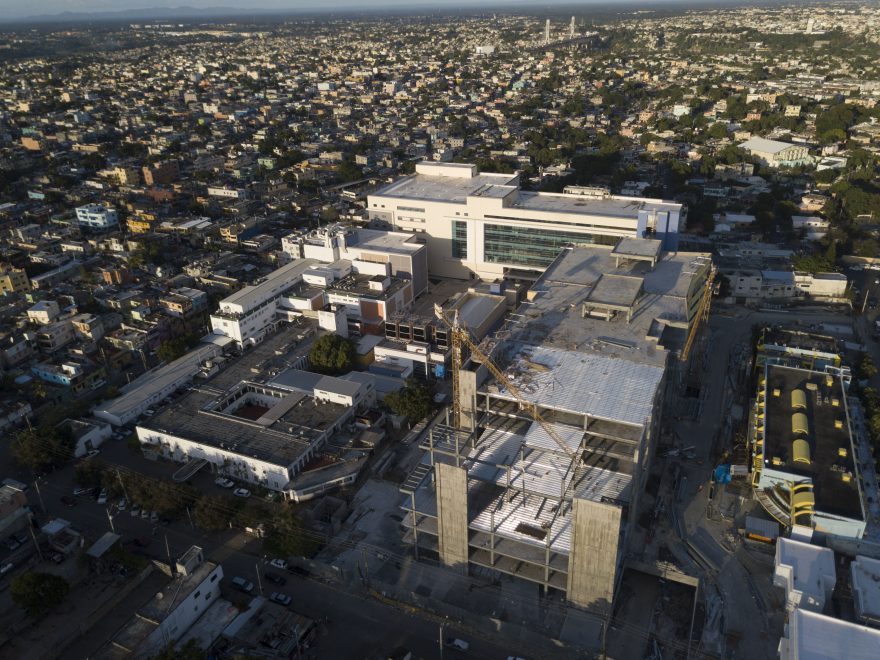 “We think this can serve as a model for how hospitals are built in the future,” says Jorge Lopez, founder and CEO of Lexco, one of the firms behind the project (along with general contractor Constructora Marial). “In terms of design, the people involved, the building process—everything is top-of-the-line. And we think the service inside will reflect those efforts.”

Comprised of three main buildings—one for imaging and diagnostics, one for children and maternity, and another for surgery and clinical services—the 484-bed Ciudad Sanitaria is more medical campus than stand-alone hospital.

The complex is designed to be a hub of “medical tourism,” and, according to Lopez, will draw patients from throughout the region and world who seek high quality treatment at a lower rate than those in other countries. 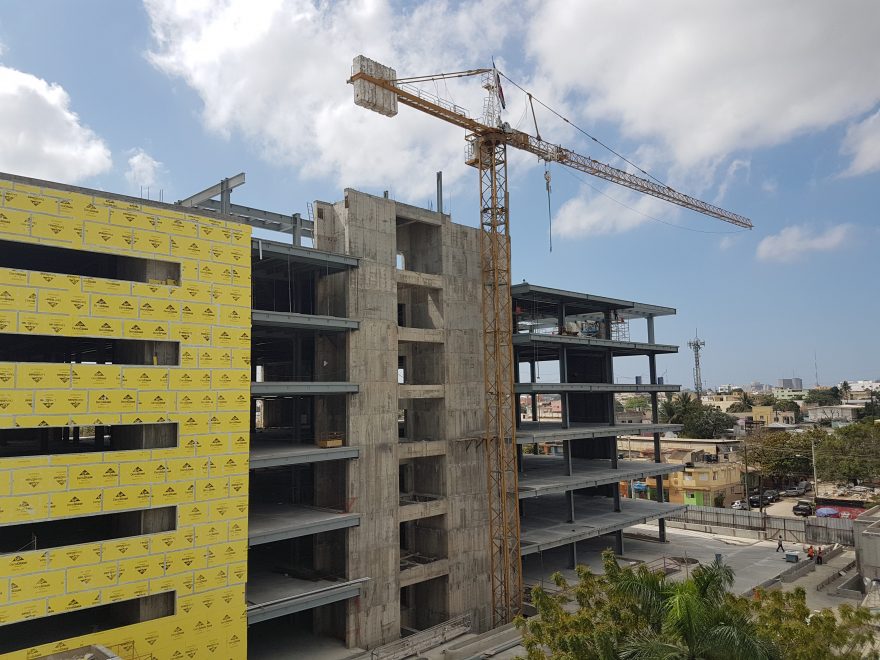 “It’s very rare for a public hospital to earn international accreditation, but that’s a very important goal for us,” he says. “You’ll be getting the same level of treatment whether you’re coming from another country or just down the street.”

But while state-of-the-art medical technology promises to feature heavily, Ciudad Sanitaria’s structural qualities are no less impressive. Designed according to U.S. codes and standards—including the National Electrical Code (NEC), the American Institute of Architects (AIA) and the National Fire Protection Association (NFPA), among others—the medical center will be the country’s first to achieve full sustainability certification.

Throughout the complex, hyper-efficient doors and windows, rated at high R-values, will help stabilize interior temperatures, aided by an array of top-of-the-line HVAC systems. Taken together, these and other energy measures are predicted to reduce electricity consumption by more than 20 percent compared to buildings of a similar size.

The ancillary benefits of the build-out are equally noteworthy. For example, the hospital’s floors were installed to virtually eliminate cracks and joints, a measure Lopez says will significantly lower the rate of infection caused by lurking bacteria. In another Dominican Republic first, all wastewater will be treated on-site for use in campus landscaping, as well as other areas.

“We didn’t just want something that looked modern; we wanted something that functioned as efficiently as possible,” Lopez says. “It’s going to be the gold standard for hospitals in the region going forward.”

Cutting-edge though they are, the design concepts are only part of what makes Ciudad Sanitaria unique. At the behest of the country’s president, Danilo Medina, the hospital will be 100 percent open to the public, with social security covering any costs not covered by private insurance.

Indeed, it’s a vision that Jorge Lopez—a self-described dreamer and believer in social justice—finds easy to get behind.

Launched in 2007, just before the global financial crisis, Lexco’s success was by no means guaranteed.

To keep his company growing, Lopez made investments which, at the time, were enormous risks. In 2014, when Lexco was lacking for large-scale projects, Lopez spent $75,000 on a single portfolio management software program. While the up-front cost was significant, the eventual savings—in time, money and resources—more than made up for the initial outlay. 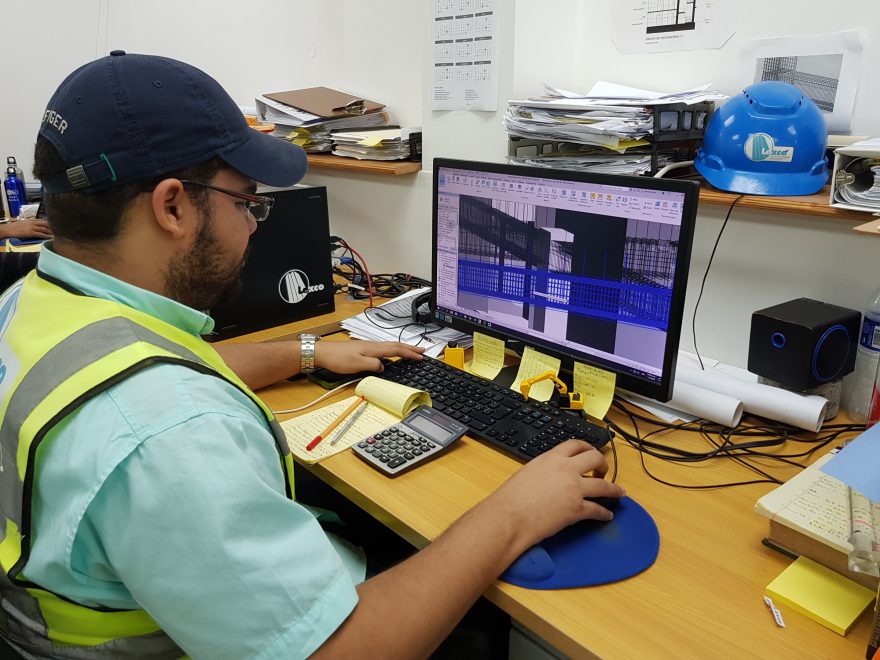 Years before the technology became an industry standard, Lexco made a similarly large investment in state-of-the-art BIM software, wherein users virtually build an entire project from start to finish, allowing them to catch inefficiencies and setbacks before they happen. Today, Lexco is one of the region’s foremost authorities on BIM implementation.

“People thought I was crazy,” Lopez laughs as he talks about his technology gambits. “You have to be willing to look five, even 10 years down the road for the kinds of tools that can truly set you apart.”

While Ciudad Sanitaria (what Lopez calls Lexco’s “flagship project”) nears completion, the company is pursuing a number of concurrent projects throughout the Dominican Republic, including a second medical center in the north of the country, slated to be the biggest public hospital in the region.

“We had the president of the World Health Organization visit the facility, and a week later we received a letter recognizing the hospital as one of the best they’d seen in Latin America,” Lopez recalls. “It was a special moment for our company.”

Lopez also has designs on broadening his firm’s footprint in Central America and South America, highlighted by four health care projects in Panama. By next year, Lexco could be breaking ground on hospitals in Bolivia and Nicaragua.

Despite the notable growth—the firm is already one of the top three construction management companies in the Dominican Republic—Lopez says he hasn’t lost sight of the firm’s humble roots. Or its family feel.

“You can have all the technology in the world, but unless you have professional quality and a commitment to culture, you’re going to be limited,” Lopez says. “We pride ourselves on integrity and principles before profit, and I think that’s helped us be recognized.” 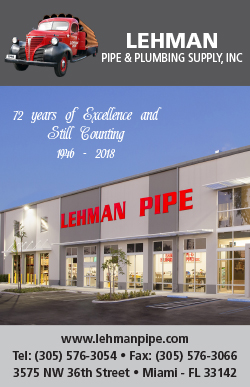 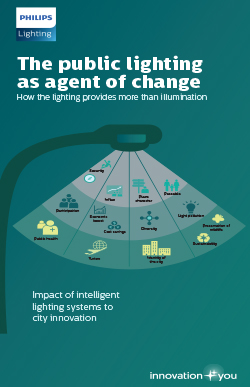