Quality tomatoes and workforce the fruits of his labor

Growing quality tomatoes and nurturing the employees that grow them may seem separate enterprises, but Luis Pablo Calvo says they’re inextricably connected at NatureSweet in Mexico.

“Our purpose is to transform the lives of agricultural workers in North America and our vision is to be the leader in the fresh produce industry by unleashing the power of people,” he tells Terra Firma in May while tomatoes and other produce ripen in high-tech warehouses in Texas, Arizona and three states of Central Mexico.

By the end of 2023, he aims for NatureSweet to be the single-source for the best-tasting greenhouse-grown tomatoes—all of them grown in the most environmentally friendly and non-GMO manner.

It’ll take a team effort to get there, as well as the latest technology, he says. That, and ample help from pollinating bees, whose numbers Calvo also hopes to increase through conservatory measures.

The company is committed to the well-being of its 5,000-strong associates, Calvo says. That took some doing during the worst of COVID-19, with the company putting many precautions in place.

Though the greenhouses, farms and packing plants are far removed from hospitals, he says there was low, almost no, transmission of the virus. 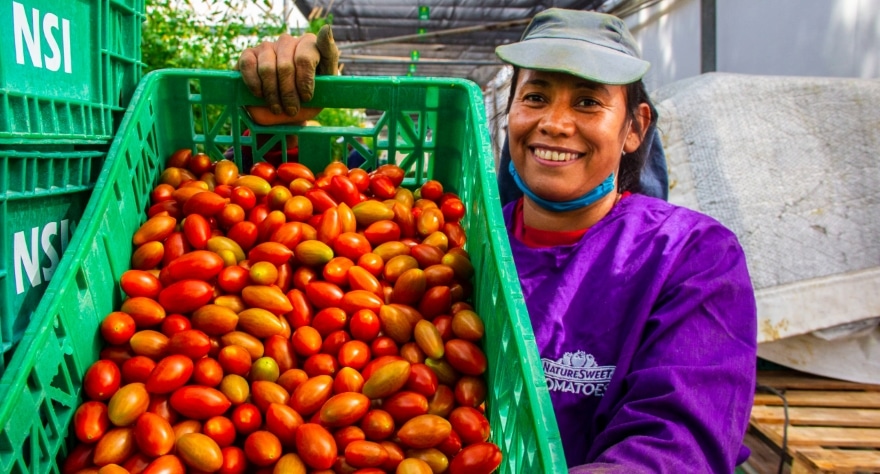 “Being true to our company culture, we went above and beyond what other companies were doing,” Calvo says from his office in Guadalajara, Mexico. “We also increased transportation routes and lunch services to reduce the concentration of people in public places and ensured continuous testing.”

That said, like just about every other industry, the agricultural sector still endured challenges. NatureSweet too was vexed with supply-chain issues, with substrate, plastics and other greenhouse necessities at a premium.

Good relations with vendors helped mitigate the shortages, and with the worst hopefully over, Calvo anticipates a bumper crop of NatureSweet produce that includes multiple varieties of tomatoes as well as cucumbers and peppers. Among his initiatives has been the recent deployment of artificial intelligence.

“These added capabilities to forecasting aren’t common in our industry and represent a significant improvement toward our productivity and operations,” he says. “Additionally, this initiative will include an adjustable platform for insights and reporting.” 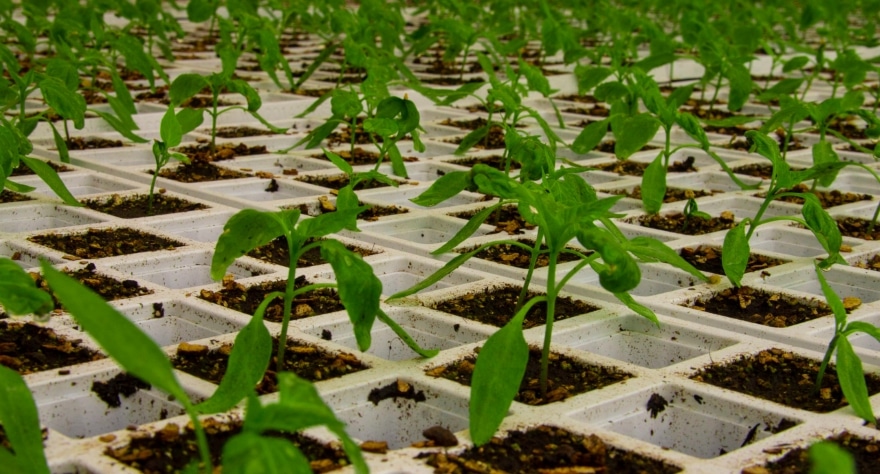 Whatever the type of tomato or other fruit or vegetable, the process starts with seeds (and fertile soil) at the company’s farms on both sides of the border. By combining the strongest roots with vines that yield the sweetest tomatoes, Calvo says the produce will be both strong and sweet. Instead of soil, the planting is done in coconut husks that use 80 percent less water and helps the young plants resist disease.

Greenhouses protect the plants from the elements while bumblebees—“nature’s way”—handle the pollination. Upon ripening, the tomatoes are handpicked and those that pass quality control are packed and distributed to grocers within 24 hours to ensure freshness. A new partnership with the FoodID platform guarantees traceability of all products.

According to Calvo, the bees should benefit from NatureSweet’s commitment to “pollinator-preservation areas,” which by 2025 will encompass three percent of the company’s massive land holdings. It’s among the many initiatives he says that align with NatureSweet’s progressive policies.

The company’s environmental, social and governance policies factored in it scoring certification as a B-corporation—a for-profit entity certified by the nonprofit B Lab as voluntarily meeting high standards of transparency, accountability and performance. NatureSweet’s goods also carry the Safe Quality Food Level 3 symbol. 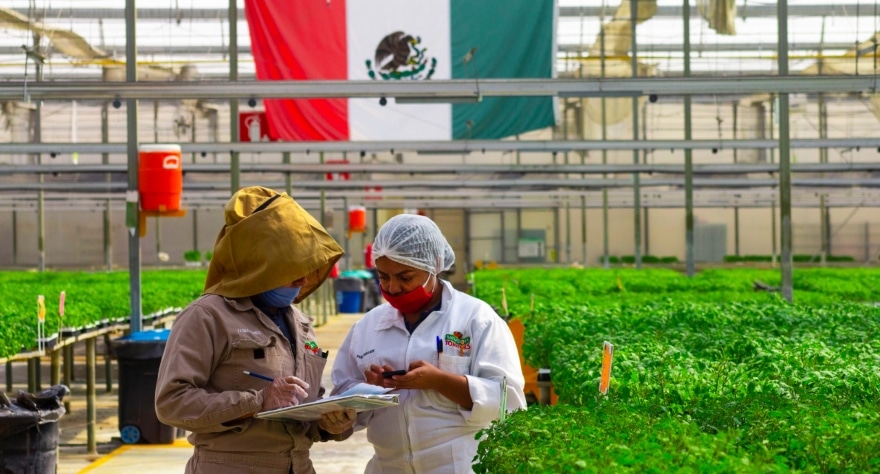 Its community-support initiatives have been equally robust: from providing COVID safety kits to help halt transmission to donating more than $2 million in produce to food banks and indigenous community organizations.

“We’re also already the world’s largest protected agricultural company certified by both the Fair Trade and Equitable Food initiatives,” Calvo says. “We want to be the example for other companies to follow regarding employee engagement.”

It’s all part of the reason Calvo came to NatureSweet in January 2018 after nearly three decades in the consumer-packed goods industry in Mexico—the previous 25 years of which he spent at the Kellogg Company, where he departed as engineering director for Latin America. Well established as a professional, Calvo says he wanted to make more of an impact and NatureSweet afforded that opportunity.

The company has been around since 1990, originally under the name Desert Glory in Devine, Texas, where it produced one product: the cherry tomatoes now called Glorys. The product line has since grown as have NatureSweet’s portfolio of greenhouses that operate year-round.

Consumer demand for fresh produce growing, Calvo expects to have his hands full, the growing season an ongoing process in the warm and dry regions where NatureSweet grows, harvests and packages the produce for international distribution. 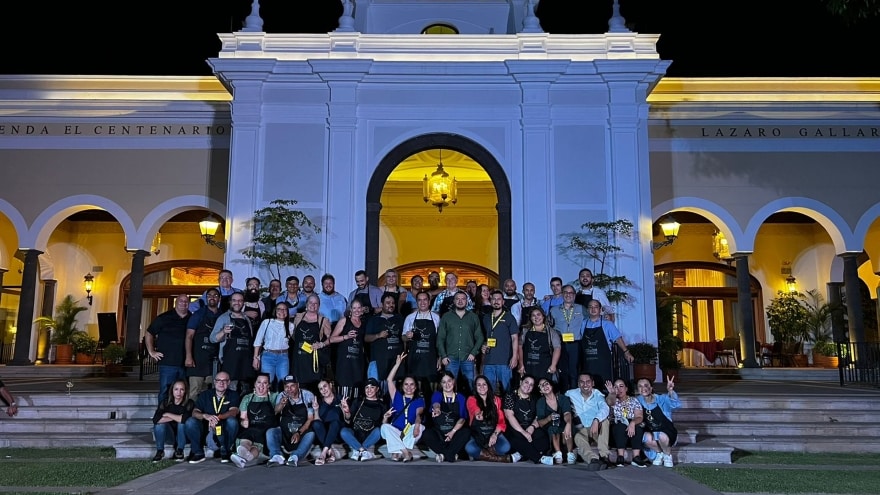 And when he’s not working, he’s got outside interests to pursue, among them visiting archaeological sites and museums, of which there are many in Mexico. He’s also a fan of Formula 1 and the New York Yankees.

He probably won’t allow himself too many distractions, however.

“To succeed in this mission of transforming lives, we aim to impress our consumers and customers through innovative, high-quality products and services while learning new technologies and ways to keep developing our associates’ talents,” he says. 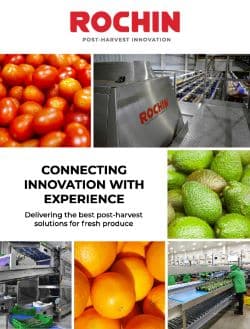 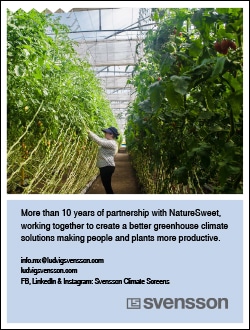