Pouring diversity and sustainability into a traditional industry

In arid, sandy soil 5,000 feet high on the fields, hillsides and mountains of Mexico—and nowhere else in the world—grows a special plant: The Blue Agave. Out of nearly 300 variations, this one is used to produce tequila. Growing taller than seven feet, it takes nearly a decade to mature before it can be harvested to make popular alcoholic beverages.

Its cultivation can also be harsh on the environment, as Marco Vasquez knows all too well.

In ancient times, tequila producers would raze a forest just to plant a few crops. In modern day, when those in the agricultural industry do not control the application of fertilizers and pesticides, the runoff, according to Vasquez, can permanently harm the environment, particularly the soil. As the demand for tequila continues to soar, many farmers and companies are growing Blue Agave on an industrial scale, which is aggravating the issue, Vasquez adds. 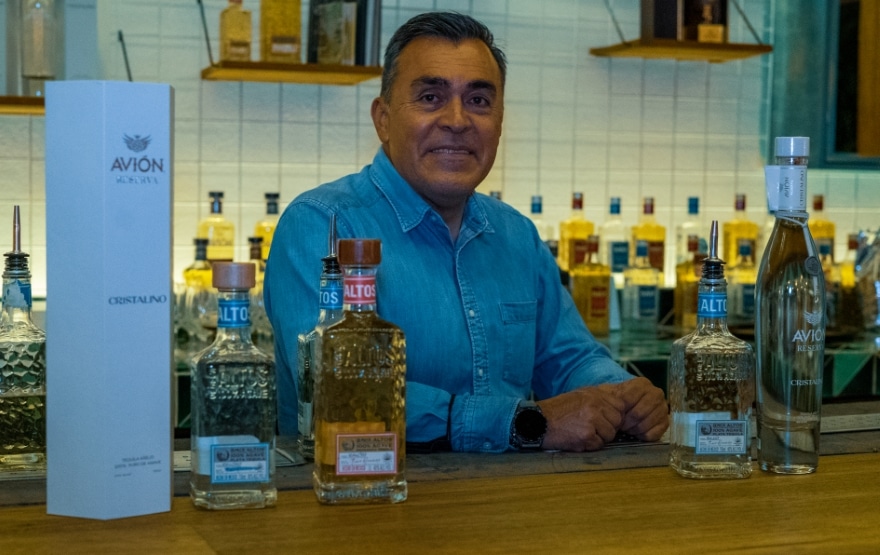 “Since Blue Agave is a slow-growing plant, most companies can’t make a profit if they wait 10 years for just one plant to mature, so large corporations are becoming more and more dependent on the heavy use of fertilizer and pesticides,” he says. “This helps somewhat with faster maturation but also creates problems for the environment.”

As vice president of operations of Mexico for the world’s second largest wine and spirits seller, Vasquez has been working at and with Pernod Ricard to manage its crops more sustainably—not just agave but grapes and corn, from which wine and spirts are also made.

He started in the distillery and alcoholic beverages business in the Mexico City area in January 1991 with Industrias Vinicolas Pedro Domecq. Four years later, he joined Allied Domecq, a restaurant and beverages business that was acquired by Pernod Ricard in January 2006. Since then, he’s been working with the French company to find better ways to reduce the industry’s impact on the environment.

“It’s crucial that we always have in mind and set our sights on sustainability and social responsibility,” he says.

Planting Blue Agave benefits the environment. Like cacti, it survives on scant rainwater. In arid areas or on destroyed land, agave can revive and enrich the soil by retaining a certain amount of water in the land and it can also anchor soil.

“The Blue Agave is also helping Pernod Ricard reduce its carbon footprint; it captures and filters out CO2 from the atmosphere,” Vasquez says. 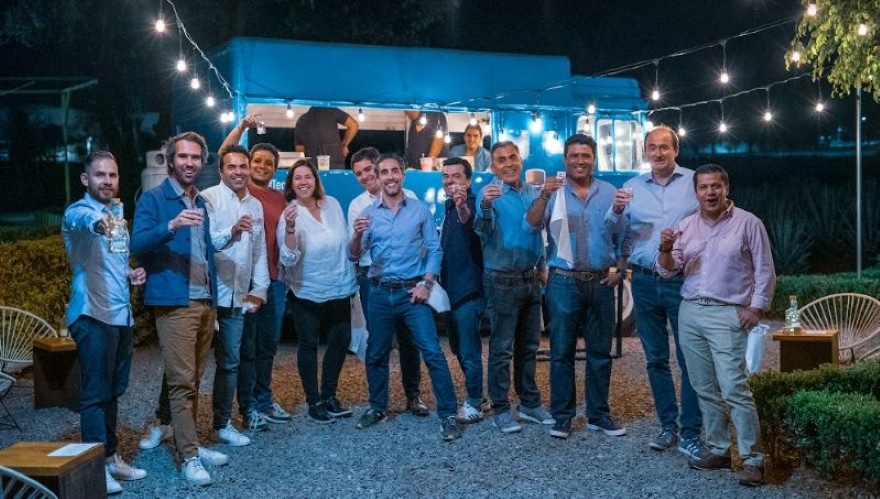 In some cases, Pernod Ricard doesn’t directly handle the crops but works with third parties. In these arrangements, Vasquez says he has specified eco-friendly terms and guidelines, including the use of environmentally friendly fertilizers and pesticides. He encourages growers to allow the plants to flower, also, because the flowers provide food for desert bats, which then pollinate the plants, creating genetic diversity.

“Clones (used by competitors) means one disease can wipe out all the Blue Agave plants in a field,” he says. “It’s to everyone’s advantage to embrace more sustainable methods. At Pernod Ricard, our goal is to achieve national and international sustainable agriculture certification, which recognizes each of our agave plantations in Mexico as environmentally conscious and sustainable.”

With the company aiming to reduce its carbon footprint by 30 percent before 2030, Vasquez and his team have already helped to reduce daily electricity consumption through fossil fuels by 30 percent.

To accomplish this, they helped the company install solar panels at its tequila plant in Arandas, Jalisco, a commercial and manufacturing center in Mexico. They also helped the company use more efficient boilers used in the distillation of tequila.

“While I’m 100 percent responsible for the operational part of these sustainability projects and initiatives in Mexico, I work closely with my team to implement them and bring them to fruition,” he says. 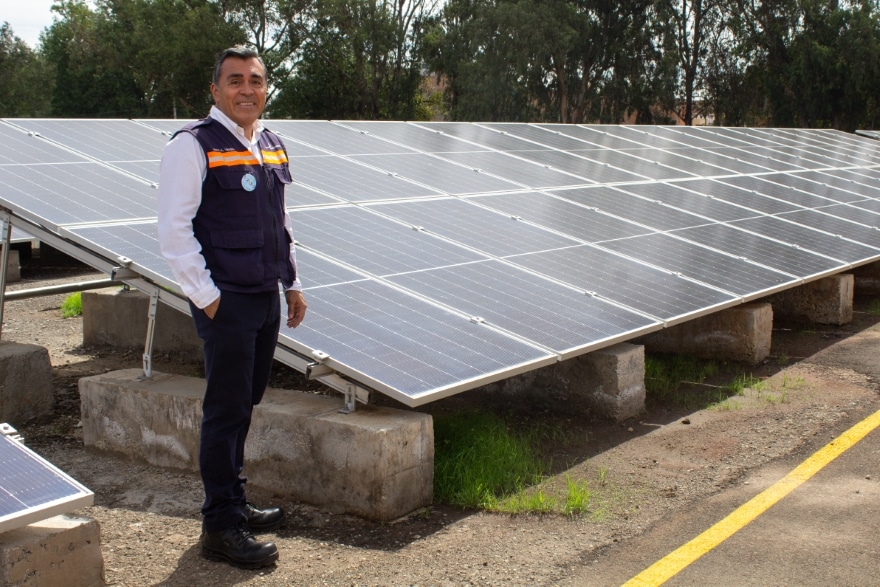 Like the new projects, his team is also non-traditional. According to Vasquez, Latin America and most of the world seems to have an unspoken rule that the spirit industry is restricted to men. He says that’s true from the executive level to the workers in the fields.

“We are proud that nearly 50 percent of those who directly report to me are women; we hope to maintain this balance in all labor levels,” he says. “We want to provide all employees opportunities for career advancement and economic stability.”

Roots for a new generation

To spread knowledge and awareness, Vasquez posts new sustainability initiatives and ideas on his LinkedIn feed. In one of his recent posts, he enthusiastically covers his joy and appreciation of Pernod Ricard’s collaboration with other companies on the Charco Bendito project, which since 2021 has planted thousands of trees and improved water quality for thousands of Mexicans with artificial wetlands.

While he’s obtaining his bachelor’s in biochemical engineering from UAM, Vasquez credits the birth of his daughter for strengthening his desire to protect the land. 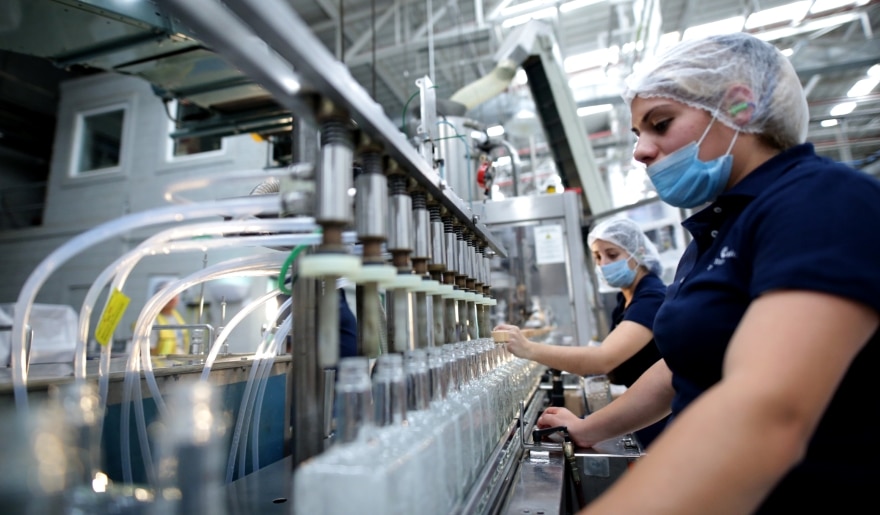 “Money is fleeting—only occasionally in your pocket—but I hope that my efforts will have a lasting impact, not just for my family but everyone,” he says.

In fact, he says that he’s always thinking about the future. At home, he and his family separate garbage and recycling though they are not required to do so. Even at the grocery store, they purchase food that was grown sustainably.

“I want to change the present, so we can change the future,” he says. “Everything I do know helps change the minds of not only my daughter or those in the industry in which I work but in every industry across the globe.” 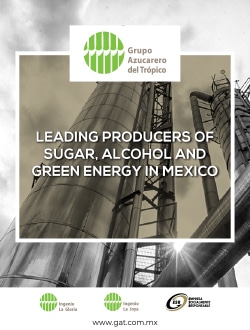