He completed an internship with NASA the summer after his junior year of college. Within a month of graduating—the first in his family to do so—he landed as an engineer at Ford Motor Company. Three years later, at the age of 24, he was overseeing all exterior, interior and chassis warranty claims at the company’s Wayne, Michigan, plant.

Michael Guiracocha wears his achievements like badges of honor, each telling a story of sacrifices made and odds overcome. 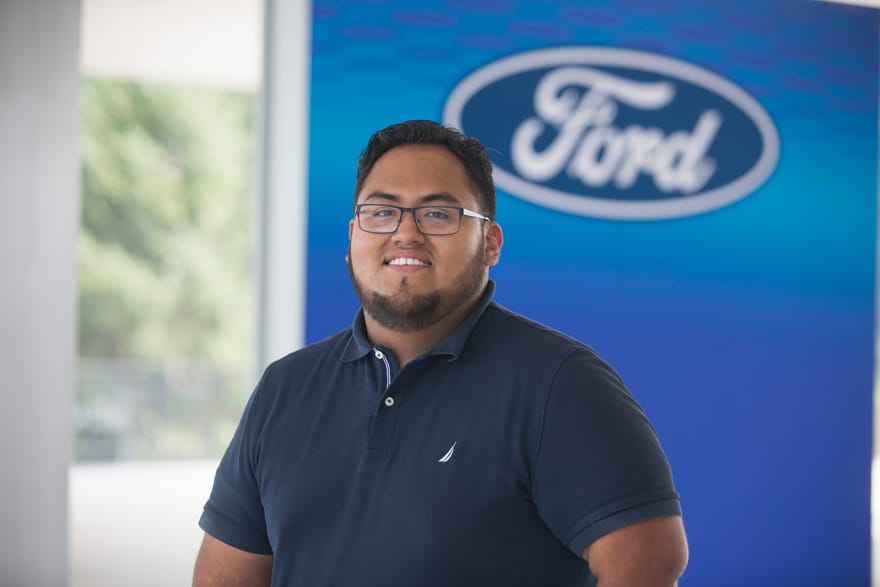 But no accomplishment has evoked more pride than the one he earned on that stage in Phoenix, his close friends and colleagues in the audience, thousands of others cheering him on: the Society of Hispanic Professional Engineers Community Service Award, in recognition of his efforts to bring more young Hispanics into the STEM fold.

“It was overwhelming,” recalls Guiracocha, one of 26 people honored at SHPE’s National Convention in Phoenix last November. “When I got the call telling me I’d won the award, I didn’t believe them. I felt so humbled. But I had to remind myself that we still have a lot of work to do—both at SHPE and within the Hispanic community.”

It’s a cause that Guiracocha has spent years making his own.

In 2012, during his freshman year at the illustrious North Carolina Agricultural and Technical State University, Guiracocha started noticing SHPE’s flyers on campus. Already a member of the National Society of Black Engineers, Guiracocha decided to attend a meeting.

The decision proved fortuitous. By his senior year, he’d been elected chapter president. While attending a NSBE conference in Maryland that fall, Guiracocha landed his first post-graduate job, as an STA engineer at Ford’s world headquarters in Michigan.

“What SHPE gave me were the tools I needed to succeed as a professional,” Guiracocha recalls. “Having good study habits, opportunities to attend conferences around the country etc. More importantly, SHPE and NSBE taught me how to be a leader and engage those coming up behind me.” 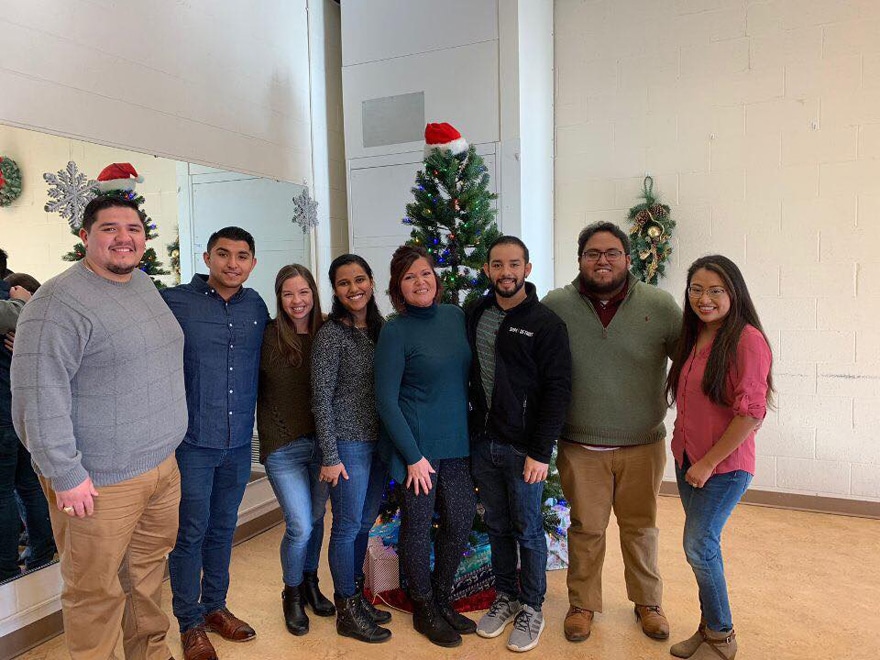 Not knowing a soul in the Motor City, the 21-year-old quickly found community—and a sense of purpose—in his beloved organizations. Just as he did at N.C. A&T, Guiracocha sought to rebuild SHPE’s local chapter, which had shrunk to fewer than 10 active members.

After being elected chapter board vice president in 2019, he focused on forging a closer relationship with SHPE’s local student chapters. When he spoke with Vision in early February, Guiracocha was planning a workshop at the University of Detroit Mercy, featuring mock interviews, workshops on proper dress and etiquette, and more.

In addition, as part of the SHPE recruiting team at Ford, Guiracocha and other professional members have visited college campuses throughout Michigan. Meanwhile, his K-12 STEAM awareness efforts have taken him all around the country (and as far afield as Puerto Rico). The goal, he says, is to build a stronger pipeline between student members, SHPE’s professional chapters and the region’s STEM-centric companies—including his own.

“It’s all about creating those interpersonal connections,” Guiracocha says. “When I was a student, I knew about SHPE’s professional chapters, but there wasn’t a lot of engagement between the two. That’s starting to change. We now have more than 40 members in our Detroit chapter, and I think a big reason for that is how we’ve made those connections.” 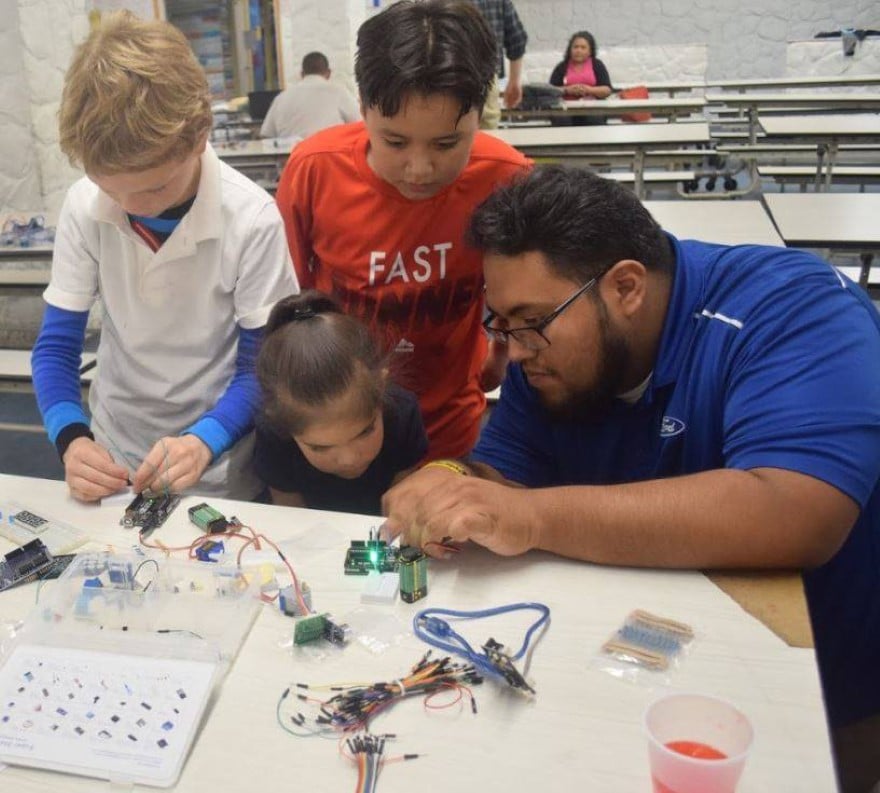 It didn’t take long for Guiracocha’s efforts to catch the attention of SHPE’s CEO, Raquel Tamez. Since joining the organization in 2017, Tamez has pursued similar strategies on the national level, creating programs that “build a bridge between Hispanics in STEM and the jobs of the future.”

“There’s a reason Michael earned the community service award: he represents the best of what SHPE can be,” says Tamez. “When we talk about supporting Hispanics, it’s often in the context of company executives—and that’s an important piece. But the work Michael is doing is just as important. These kids look at him and see what’s possible.”

In many ways, Guiracocha’s is the quintessential American story.

Born in Queens to Ecuadorian immigrants, Guiracocha and his family moved to New Jersey when he was eight. As a 5th grader, he was awarded a scholarship to attend a summer engineering program at the New Jersey Institute of Technology.

“The program was designed to introduce kids from low-income backgrounds to different engineering disciplines, and I was really excited,” Guiracocha recalls. “That’s when I got the bug—though it kind of laid dormant for a bit.” 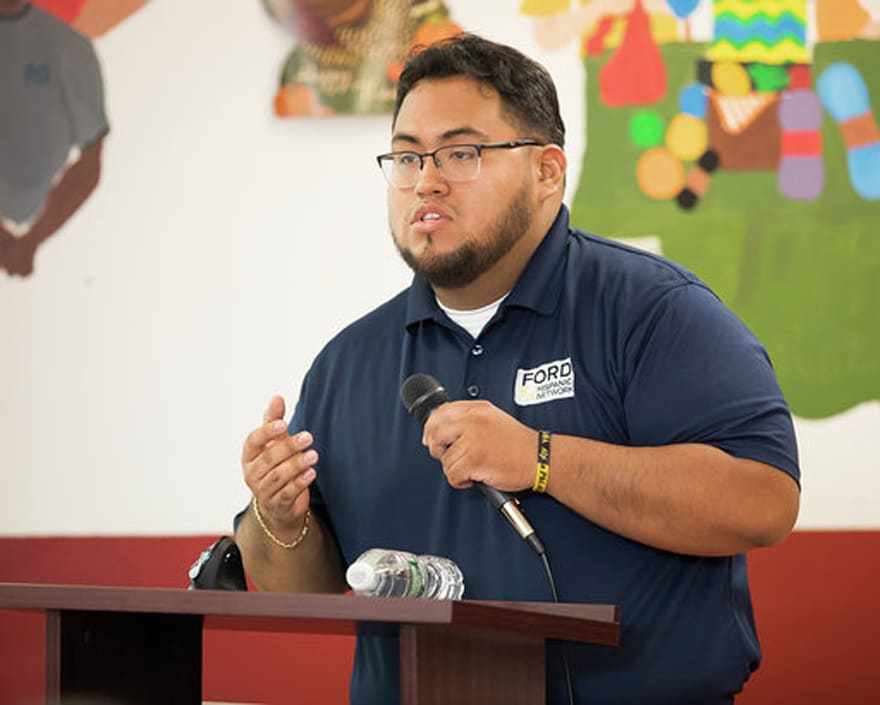 By his senior year of high school, however, Guiracocha—now living in North Carolina—had set his sights on a career in engineering, inspired in part by his father, a longtime construction worker who took pride in showing his son the tricks of the trade.

Following his junior year at N.C. A&T, the mechanical engineering student had what he calls his most transformative experience yet: a three-month internship at NASA’s Kennedy Space Center in Cape Canaveral, Florida.

“For a kid who was really into designing parts, having a chance to develop those skills and think about things on a deeper level—it really changed my perspective,” Guiracocha says. “I realized that I wanted to be the boots on the ground, to go into a facility and really evaluate the production processes.”

Putting it all on the line

He would soon have that chance. After graduating in 2016, Guiracocha joined Ford, where he was tasked with liaising between customers and vendors to ensure the company’s products are delivered on time—and meet the customer’s expectations.

Now focused specifically on the Ford Ranger, Guiracocha’s responsibilities include reviewing claims from dealerships (typically around 20 a day), working with suppliers to identify underlying issues (if there are any), and compiling data that helps Ford decide how to best ensure high quality products—whether that means changing parts, suppliers or enacting a recall.

More recently, he’s been working with the company’s IMG supplier technical assistance team to create an automated system for reviewing and processing claims. In so doing, the company will be able to connect those problems with previously known supplier issues, as well as expedite the shipping process.

“What I love about my role is that it allows me to interact with a lot of people, including our SHPE members here at Ford,” Guiracocha says. “I want to help people in the same way that I’ve been helped. I didn’t get to where I am by myself, and I don’t plan on leaving anyone behind that needs that help. As a community, we have to help each other move forward—and understand that none of us can take any backward steps.”