There are times when Michael Naylor misses the adrenaline rush of flying an Osprey tiltrotor or a helicopter, but as the veteran Marine explains, “I’ve cheated death enough times.” What used to be exhilarating became more challenging with age.

Now he’s content facilitating the training and operations for the aircraft to be professionally maintained and flown. Naylor is chief operating officer and executive vice president of PKL Services, a company that trains the U.S. military, as well as the armed forces of foreign countries, in flying and maintaining sophisticated American-made aircraft. 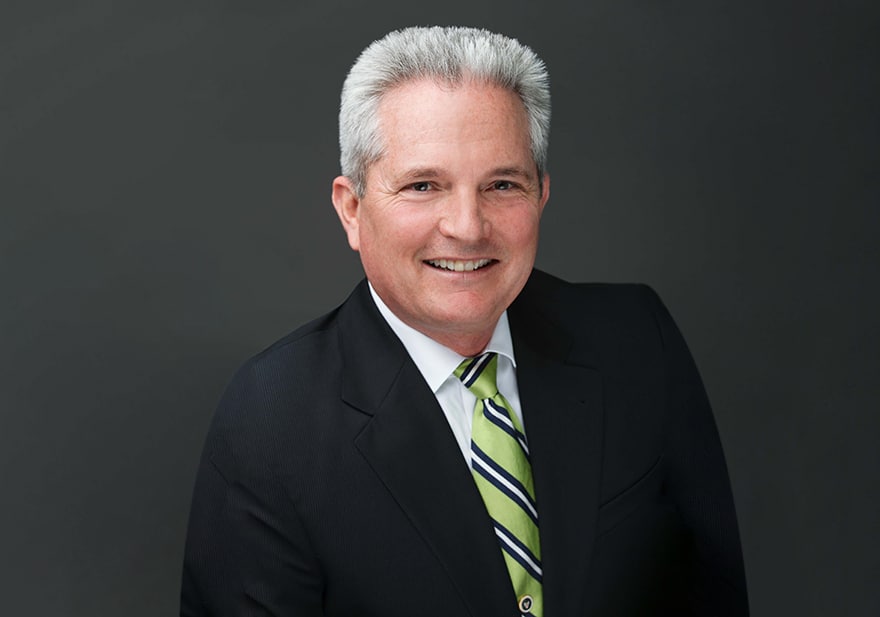 Singapore and Saudi Arabia having bought Boeing’s F-15 twin-engine tactical fighters, they comprise most of PKL Services Inc.’s foreign clientele, and Naylor is upbeat about his employer tapping new markets in Latin America. Brazil, Colombia and Ecuador have bought U.S. aircraft for military and counter-drug operations, and he’ll be a big part of PKL’s sales pitch.

It’s an intricate bidding process, one that starts with a foreign government soliciting the U.S. State Department’s approval to buy the aircraft. The federal agencies then seek RFPs to conduct training and maintenance, with a half-dozen or more very specialized companies making their case.

Naylor assures that PKL has earned its wings. The company includes a compliance manager federally certified in International Traffic in Arms Regulations, retains outside counsel for legal review, and has invested in technology that allows for the most modern training. PKL also boasts an outside supporting cast that includes HUB Insurance, CB&T, Procopio Legal and the LevitZaks accounting firm.

“Another point we emphasize is that 90 percent of PKL employees are military veterans,” he tells Vision in October from company headquarters in Poway, California. “We’re a military friendly company that bases our business on integrity and getting the job done the right way.”

A member of the PKL team for over eight years and COO since February 2020, Naylor’s roles include overseeing human resources, the chief financial officer and two program managers entrusted with operations and quality management. He also has a significant hand in writing the proposals and contracts and, prior to COVID-19, regularly traveled to meet with clientele.

The Singapore agreement has been in effect since 2008, five years before Naylor joined PKL as vice president of business operations. Much of the training takes place in Idaho, that state offering wide open spaces and typically clear skies. Saudi Arabia has contracted since 2013, with its training occurring in three locations across the kingdom. 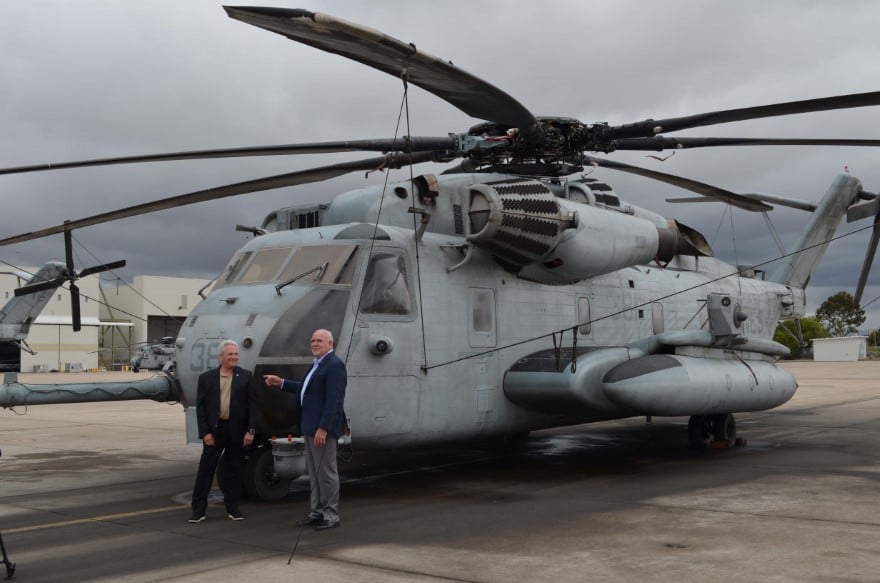 PKL’s demand for high quality performance is intense, and there being no margin for error, Naylor says the company must be very selective about its hires—typically veterans, foreign nationals and expatriated Americans familiar with aircraft either as pilots, mechanics, logisticians or engineers. They often serve one-year contracts renewable for five years and, upon completion of a project, may be offered another position.

The aerospace industry always evolving, PKL ascertains that everyone’s skillset is up to date. PKL invests in new and innovative technology that benefits their employees, students and customers.

“We have added OmniSpec, a trademark training continuum so we can use our experience to transition to a more 21st-century platform,” Naylor says. “It can be any type of training but mostly for the aircraft mechanics. We can do this virtually and in-person. It can be self-taught through computer-based training with progressive advancement through virtual and augmented reality technology.”

Always at someone’ service

Naylor accumulated 5,000 hours flying helicopters, tiltrotor and winged aircraft during his three decades in the Marines. Though he notes with typically good humor how his post-military career might have gone down another path.

Familiar with how so many of his uniformed friends needed financial assistance, he planned to be an investment advisor on their behalf, earning his securities licenses and working for a year as chief operating and compliance officer at an independent investment advisor in Carlsbad, California. 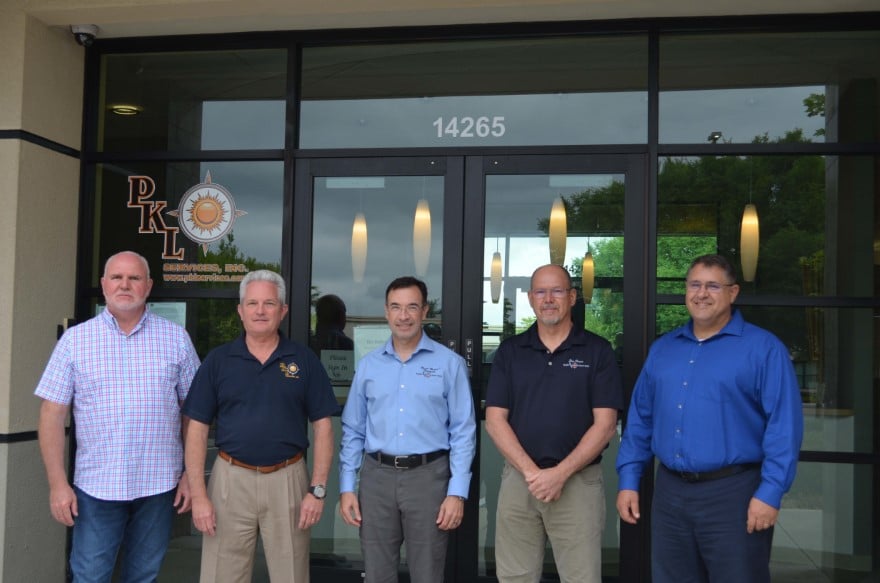 The investment business proving not to be his forte, he interviewed with an aviation company next to PKL’s headquarters. Upon leaving that building he chanced upon a PKL executive who knew him well, Naylor having pitched an opportunity to manage the company’s 401(k).

If Naylor’s heart wasn’t really in the investment business, the executive asked, would he be interested in a role with PKL? Naylor didn’t have to think twice.

“I’ve kind of proved the value of networking in finding a good job,” he says. And the PKL transition wasn’t the first time Naylor’s professional life took an unexpected turn.

Not bullish on agriculture

A native Easterner, Naylor earned a degree in agriculture from Pennsylvania State University in 1980 but wasn’t long for down on the farm.

“A cow helped me make the decision to change careers,” he says with a laugh. “I was managing a dairy in Pennsylvania where there was this cow that liked to kick. I told the boss to get rid of her and he gave me an ultimatum to leave. Well, what do you do with a dairy science degree after you’ve assessed the calculated risk of dealing with a 2,000-pound kicking cow?”

The answer, at least for Naylor, was the military and he explored its options at Pittsburgh’s federal building. Being a college grad, he could train to be an Air Force pilot, but the Marines seemed to offer something more, a cohesive organization with great ethos and the motto Semper Fidelis—Always Faithful.

Thus commenced his 30-year stretch in the Marines, that included two tours as a commanding officer, flying the president of the United States in Marine One, conducting some of the initial testing on the V-22 Osprey tiltrotor aircraft. He finally retired in 2012, joining PKL one year later after the short stint as an investment advisor.

The no-nonsense, can-do Marine background and empathy for pilots and troops have been assets, he says. But those long-ago courses in agricultural science have also found a fit.

“I just love to putz around my yard and tend to the rose bushes and flowers,” he says. “It’s my way to relax—that and I enjoy being with my family and our five dogs.” 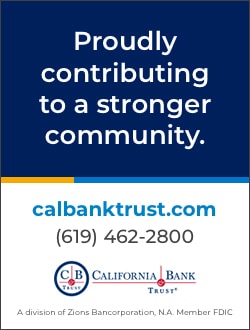 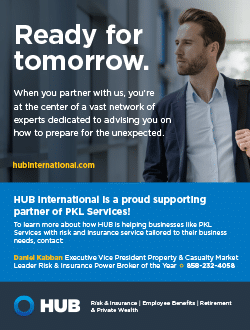