Putting the “active” in active investing

It began, as so many American stories do, with risk and hard work. When John Saul arrived from Ireland in 1851, his first job involved landscaping the grounds of the U.S. Capitol, lending shape and substance to a city still in its infancy, and a nation not much older than that.

Today, more than a century-and-a-half later, that perspective—and substance—remains woven in the fabric of ASB Investment Management, a division of ASB Capital Management LLC, a Maryland-based firm with more than $22 billion in assets and close to 300 institutional clients. 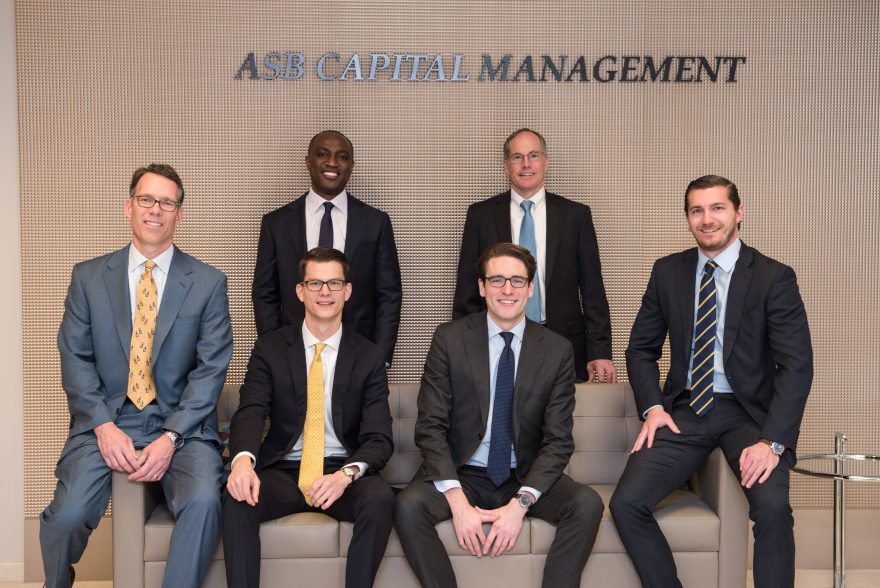 “The fact that we’re owned by one family allows us to take a long-term approach and leverage the company’s resources for the benefit of the clients,” says Michael Stafford, ASB’s managing director of fixed income investments. “Unlike a lot of other firms, we’re not beholden to meeting quarterly earnings or cash flow demands.”

ASB is committed to always working in the client’s best interest, all while maintaining its longstanding reputation of superior performance. It’s a dual approach that benefits the firm’s clientele of labor unions, insurance companies, nonprofit organizations and others.

That’s a pretty broad spectrum, but Stafford and his colleagues have made it their sweet spot. By taking the time to get to know clients individually, ASB is better positioned to offer customized and separate account portfolios that meet specific client objectives—a strength Hank Murphey says underscores the firm’s rare combination of “critical mass and market agility.” 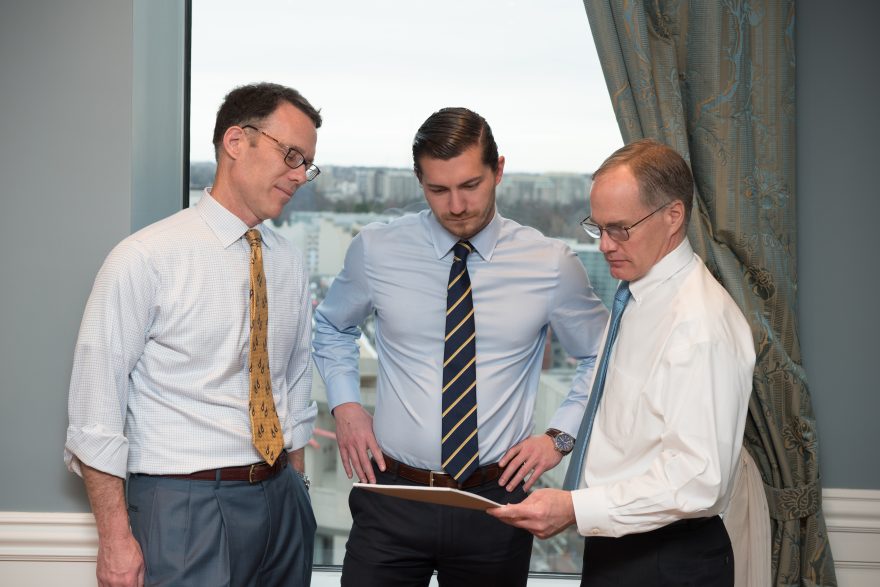 “It’s about more than how we function as a company; it also speaks to our values,” says Murphey, ASB’s vice president and director of client services. “As a private company, we do business the way we see fit and in a way that better serves the clients.”

That flexibility is especially important when working with the firm’s union clients. Unlike pension plans offered directly by individual companies, Taft-Hartley plans—so named for the eponymous 1947 labor law—are maintained, and collectively bargained, by more than one employer.

They’re also a specialty of ASB, which holds a number of passive equity mandates in that space. In fact, the firm has a track record of voting 100 percent of the vested companies’ shares according to the AFL-CIO Key Vote survey, among the highest in the industry.

Of course, if returns miss their target index, none of that positive PR matters a nickel. Thankfully, ASB has that base roundly covered as well.

“We have a great track record of replicating the S&P 500 and its returns for a long period at very low cost,” Stafford says.

After handing off its fixed-income efforts to Stafford in 2010, ASB’s four major composites have posted superior results on both an absolute and relative basis. It’s a trend that highlights the firm’s active approach, particularly in the taxable municipal space, where ASB is able to pursue higher-quality deals than what many large competitors might find in the corporate bond market.

Still, Stafford says it’s critical that the firm not try to be everything to everyone, adding that ASB “sticks to its knitting, and we’re good at the knitting we stick to.”

The resulting tapestry, woven over decades of market performance, is a testament to ASB’s big-picture expertise. Then again, there’s always a flipside—the minutiae of the micro-picture. Taken together, these key components enable better decision-making and can provide advance notice of an imminent trend change.

When Kevin Moore came aboard ASB’s Chicago office in 1999 as lead equity portfolio manager, the stock market was in the midst of an extended, decidedly bullish stretch.

Ironically, this forced Moore to confront his first great challenge: helping navigate his new firm through and around the country’s still-ballooning tech bubble. 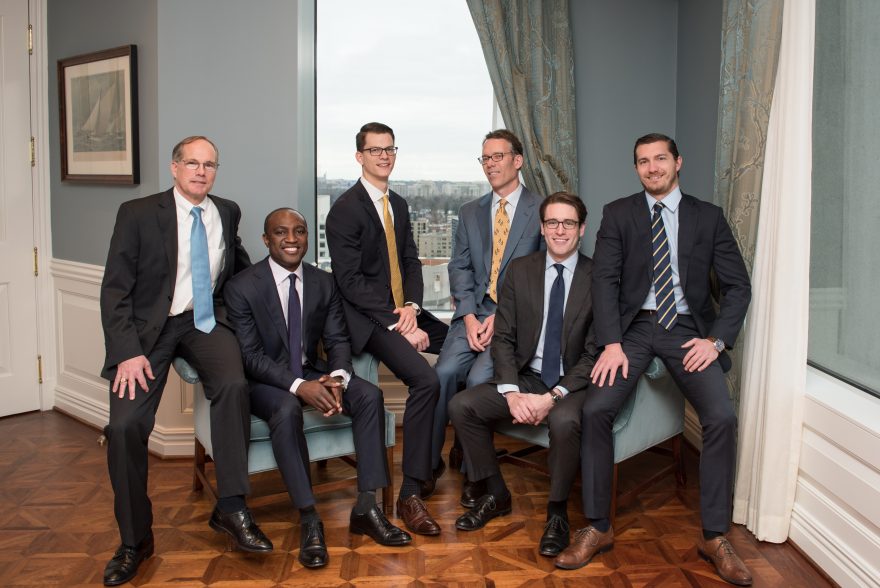 “We did our analysis, and determined that while many of these companies exhibited strong fundamentals, they were being valued at absurdly high levels,” Moore recalls. “We knew earnings growth couldn’t keep up with the valuation, so we got out.”

Because of that foresight, ASB was able to better preserve client capital and rejoin the fray when markets (eventually) bounced back. More broadly, the strategy typified the firm’s ability to balance big-picture, macroeconomic trends with a granular understanding of a target company’s fundamentals.

In the case of the tech bubble, macro indicators pointed to huge growth opportunities ahead.  But as Moore and his team drilled down to the financial statements and business models, it became apparent that technology stock valuations were far outpacing those fundamentals.

Fast forward to 2007, when ASB found itself facing a different situation. By all accounts, the country’s biggest banks and lenders were going gangbusters; their valuations, steel-solid. But the big picture?

Once again, ASB pulled back. The following year, as both the housing and stock markets were being battered, the federal government stepped in with a torrent of liquidity and balance sheet support. Moore and his firm were poised to capitalize.

In both downdrafts, ASB equity outperformed the broader market. Owing to these and other feats on the equity front, under Moore’s leadership, ASB was named a PSN Top Guns Award Manager of the Decade for two of the past three years, indicating top ten performance among a universe comprised of over 220 firms.

To be sure, it’s all of a proud and singular piece: by taking an active approach to investment management, ASB is able to not only spot the potential, but avoid the pitfalls.

In an industry where tweaking numbers has never been easier, for the team at ASB, having the right processes in place—from first handshake to last—will always be what keeps the landscape green.

“In any firm, you need an effective process—something that’s measureable, repeatable and aligns with your vision,” says Hank Murphey. “That requires discipline and a desire to improve every day. Our clients see this within us, and we are proud of the outcomes we create for them.”

ASB Capital Management, LLC and the ASB Large Cap Core Equity were awarded the Top Guns Manager of the Decade in 2017 and 2015, for the years ended December 31, 2016 and 2014, respectively. The PSN Large Cap Core universe is comprised of 221 firms and 378 products.  Investment rankings may not be representative of any one client’s experience and are not indicative of future performance.

Investing involves the risk of loss and past performance does not guarantee future results.  This article should not be considered investment advice.  ASB Capital Management, LLC paid for the production of this article and contributed to its contents.