Fresh out of the University of Alabama in 1986, business degree in hand, Mike Ross’s intent was unequivocal: He wanted to be a stockbroker. A banker? Maybe in some other life as an alternative to purgatory.

On the advice of industry stalwarts imploring the young man that the experience would do him good, Ross went against what he deemed his better judgment and took a position at one of Alabama’s biggest commercial banks. 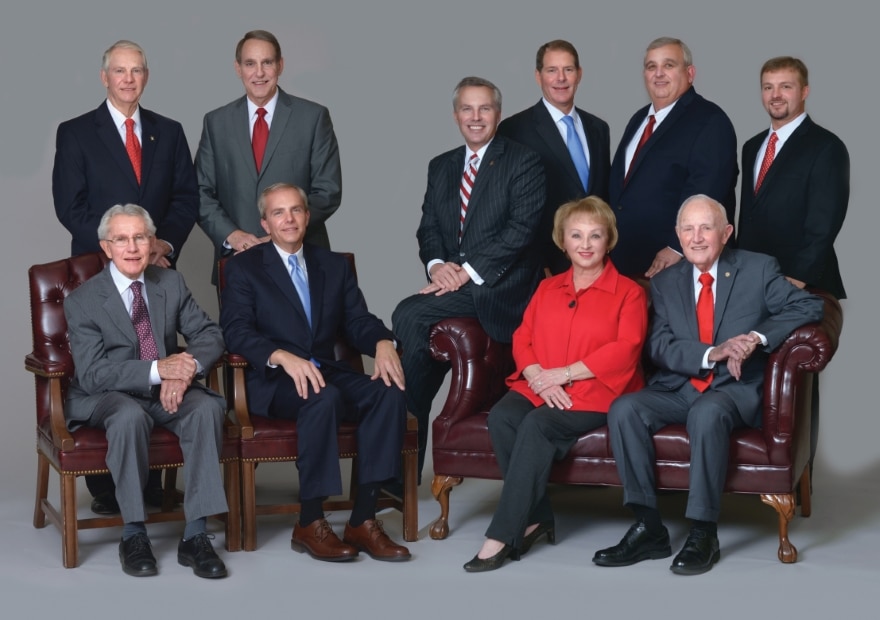 Not such a bad gig after all, for Ross was hooked, enthralled by the heady combination of high stakes and real-world impacts as well as the influential contacts he’d come to know on a first-name basis.

Thirty-plus years later, Ross—an Alabama MBA long since added to his credentials—hasn’t looked back, though there have been twists and turns along the way. Among the most fortuitous was the one that brought him to the positions of president and CEO of CB&S Bank in August 2017.

“Regrets about going into banking? None whatsoever,” the affable Ross tells Vision in January from CB&S Bank headquarters in Russellville, Alabama. “This has proven to be an ideal fit.”

At home in CB&S Bank

For that he’ll credit his CB&S Bank colleagues and a chairman emeritus—more on him later—who were most receptive to the new guy moving into the corner office after nearly a decade with Renasant Bank, where Ross had held high-profile positions but not the presidency. He’d need some help in hitting the ground running.

“Those first six or eight months were a blur,” recalls Ross, who succeeded Dennis Upchurch, CB&S Bank’s much-admired president and CEO of 27 years. “I spent that time traveling our footprint meeting our employees and key leaders in each market. I also spent time observing the processes and systems, looking at the balance sheet and the overall culture of the bank. That’s how it is when you’re coming in to a place that’s already doing well.” 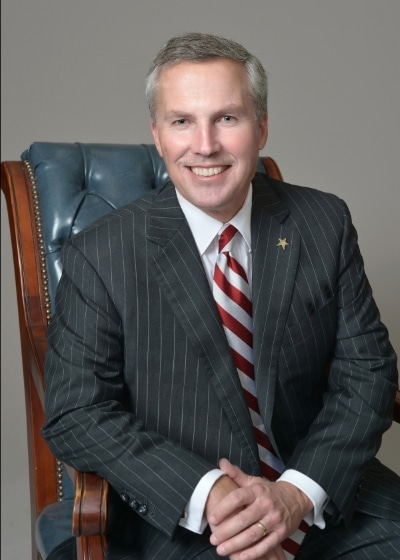 The CB&S Bank board obviously thought Ross had the insight and experience to sustain the bank’s status as an economic driver in a swath of the South that includes parts of Alabama, Mississippi and Tennessee. During interviews that extended over several months, Ross had laid out a blueprint that essentially had CB&S Bank being more commercially oriented in the metropolitan markets while emphasizing its retail and small-business strengths in the smaller communities. He also saw strength in CB&S Bank being neither too big nor too small.

“Our size is such that we have the ability to do most anything that a commercial customer might want or need,” Ross explains. “And we’re small enough and nimble enough to provide a higher level of customer service.”

In particular, the vibrant city of Murfreesboro, home to over 100,000 residents, is where CB&S Bank continues to focus expansion efforts. Its economy thriving from such industries as automotive, insurance and healthcare, the city also reaps the spillover effect of Nashville, 30 miles to the north.

“Hats off to Nashville,” Ross says. “They’ve gone beyond entertainment and country music to embrace sports, transportation, higher education, and healthcare. They’ve set themselves apart and that dynamic would not seem to be changing anytime soon.”

Something else that won’t be changing is the bank’s community commitment. For long before CB&S Bank became a $1.6 billion enterprise with over 50 locations, it made its name as Citizens Bank and Savings Company in 1906, commencing with service to rural communities bypassed by bigger operators.

CB&S Bank was founded on the principles of helping to meet the financial needs of its customers. Ross intends for CB&S Bank to continue being where folks can open a savings and checking account, borrow for college or an automobile, finance the purchase of a home, or secure a small-business loan. He’s quick to add that CB&S Bank augments its banking by providing insurance and investment services through its subsidiary, CB&S Financial Services.

“We offer a complete line of financial services to retail and commercial customers,” he reminds. “We pride ourselves on community banking and have never forgotten our roots. We’re now a large bank headquartered in a small town and with small-town values that translate well into our understanding the needs of the smaller communities we serve.”

The bank also has partnered with Quality Data Systems to provide cash recyclers at the branches. Ross credits QDS in enhancing efforts for advancing technology to provide more efficiencies in the branches.

Another part of Ross’s strategy concerns the opportunistic acquisition of smaller banks, of which there are over 400 with assets under $250 million in Alabama, Mississippi, Tennessee and Georgia. While CB&S Bank has yet to bring one of them into the fold, Ross notes that his team will go on exploring possibilities and how such a merger could benefit all parties—expanded services to small communities, liquidity to shareholders and a larger footprint for the acquirer.

So it’s been a busy, maybe hectic, 18 months for Ross, but he’s glad to have realized his goal of bank CEO. After all, he had long prepped for such a role, paying his dues at, in order, AmSouth Bank, First Commercial Bank, SouthTrust Bank, Regions Financial Corp. and finally Renasant, where he led its Alabama and Florida franchises in addition to being chief commercial officer.

“So many people I can’t thank enough,” Ross says about those who have figured in his professional success.  The accomplished bankers he’s had the privilege to observe over the years, and the impact they have had on his career. His wife of 30 years, Hilary, and their three children—Hunter, Owen and Maddie—all of whom are achievers in their own right.

And Ross won’t let you forget about a very distinguished gentleman named Cecil Batchelor, the 93-year-old CB&S Bank chairman emeritus who is still actively involved with the bank he left in such good hands. His son Greg Batchelor now serves as chairman of the board and his daughter Rebecca Reeves serves as vice chairman.

“It’s a joy to work with the Batchelor family,” Ross says. “Without Cecil this would be a much smaller operation. His vision for CB&S Bank and his support of the bank’s leadership has helped make this bank what it is today.  He’s a role model for the rest of us.” 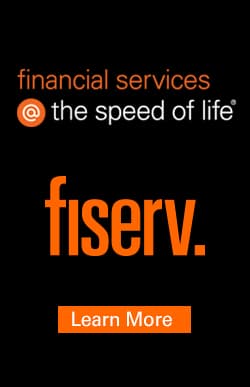 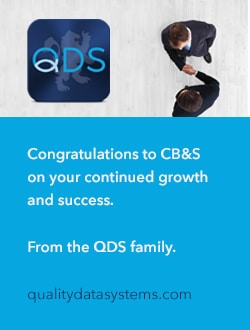 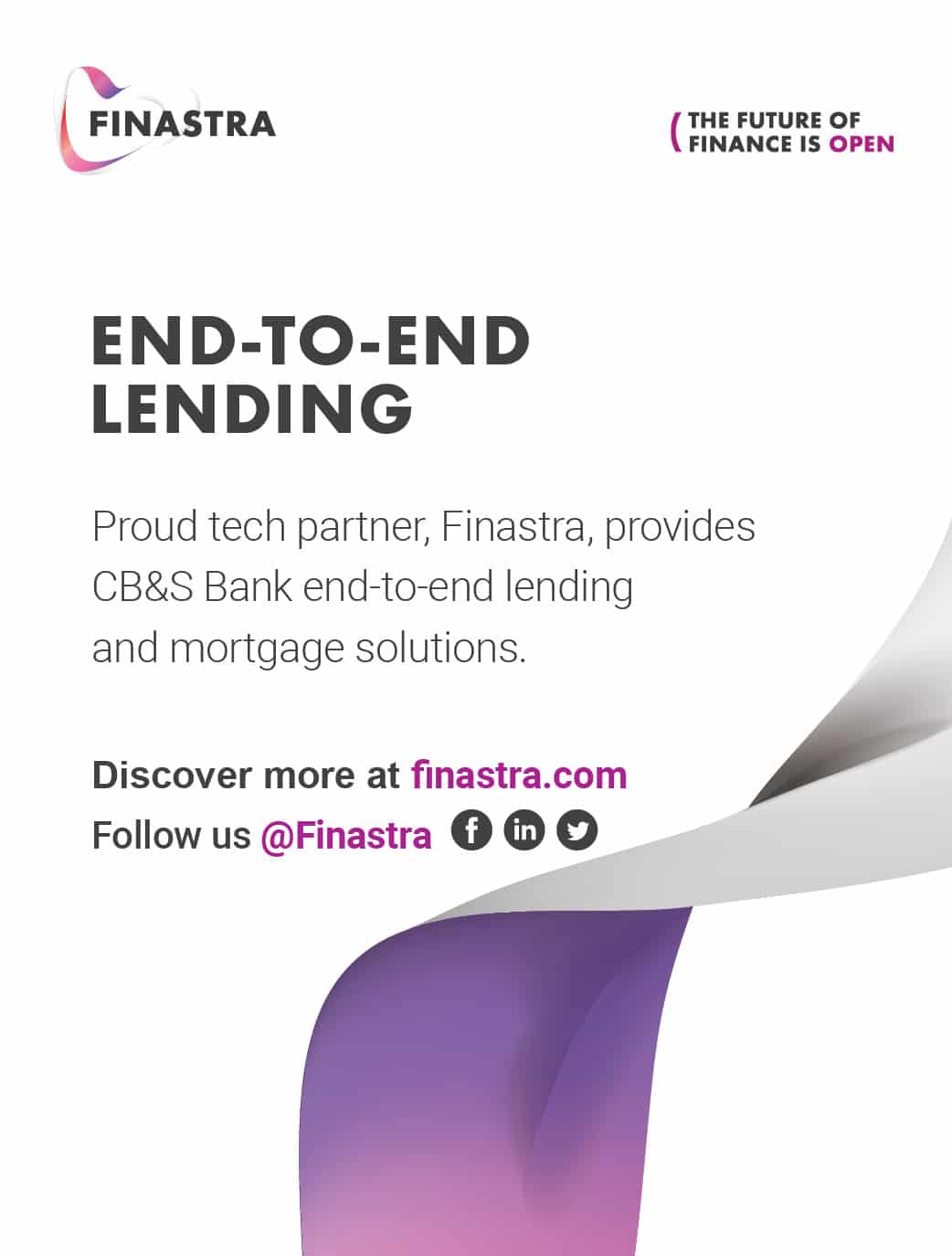