Just helping those who help others

Matthew Sherwood, Ph.D., is a man of faith with a keen talent for finance. Since 2015 he’s found a way to combine the spiritual and secular in his role as senior manager for Public Market Investments at The Ministers and Missionaries Benefit Board (MMBB), a Christian financial nonprofit ministry dedicated to managing the retirement benefits for some 17,000 clergy and lay staff employed by churches and faith-based organizations.

Professional money management is not MMBB’s only goal. It also provides educational opportunities and service—part of which is to advocate for pastors to ensure that they receive fair compensation packages.

“I help those who help others,” the 34-year-old explains from his Manhattan office during a late August interview. 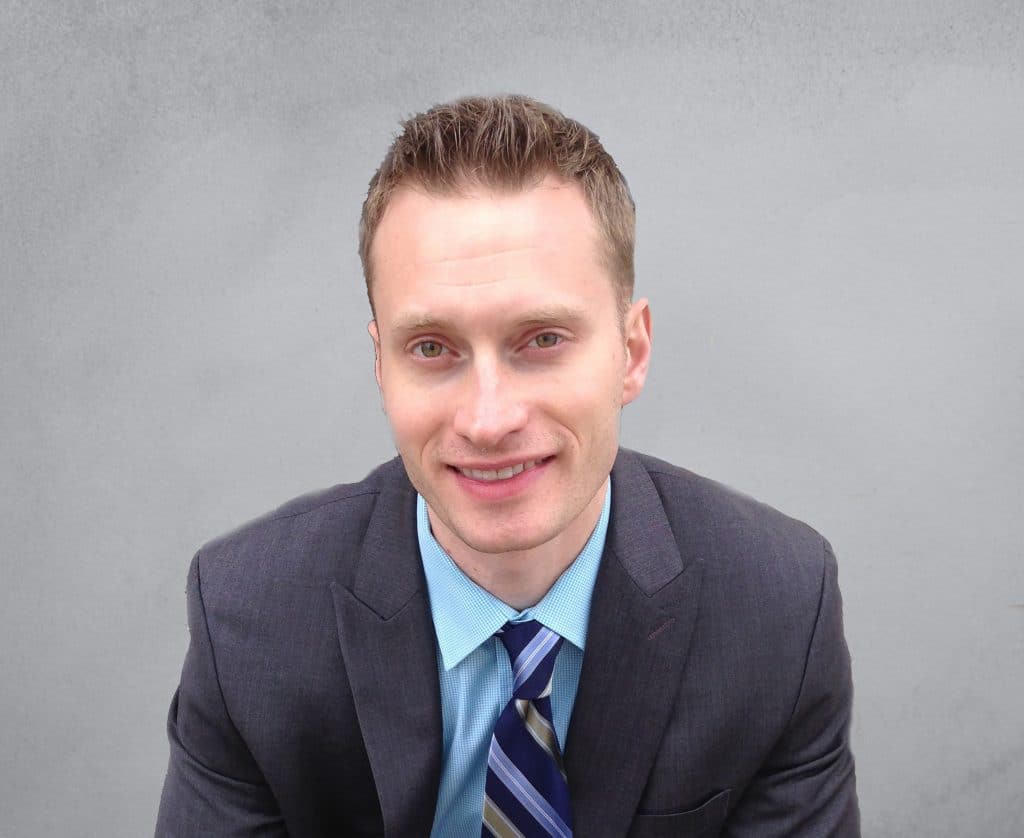 That’s a principle neither he nor the organization will deviate from, with both of them mindful of the scriptural parable of the 10 coins given to servants to invest. Both operate with the awareness that money is meant to be invested responsibly and wisely. MMBB’s Social Awareness Fund avoids stock in companies with significant interests in the alcohol, tobacco, gambling and pornography industries. Sherwood says, “God does call ministers to be the shepherd of a flock. I feel very fortunate to be in a role where I can use my expertise to help serve those who serve others.”

The social conscience doesn’t stop there.

In addition to his position at MMBB, Sherwood has found time to share his financial insights in an upcoming book, “Responsible Investing: An Introduction to Environmental, Social, and Governance Investments (Routledge Taylor and Francis Group 2017).”

Sherwood’s beliefs have shaped his career. Through self-motivation and faith in a greater power, he has overcome myriad personal challenges. He counts his blessings and says, “The Creator doesn’t hit you with problems that are insurmountable.”

Sherwood became legally blind in 2008 while working as a portfolio manager for Access Global Partner—the after effects of multiple concussions sustained when he was a safety with the Flames, the football team at Liberty University in the early 2000s. Within a week of his diagnosis, he was back at work and finished the year up 18 percent. It was the start of the Great Recession and most of his colleagues were reeling financially.

Champions do play in pain, and in Sherwood’s case there were other factors that wouldn’t keep him on the sidelines. 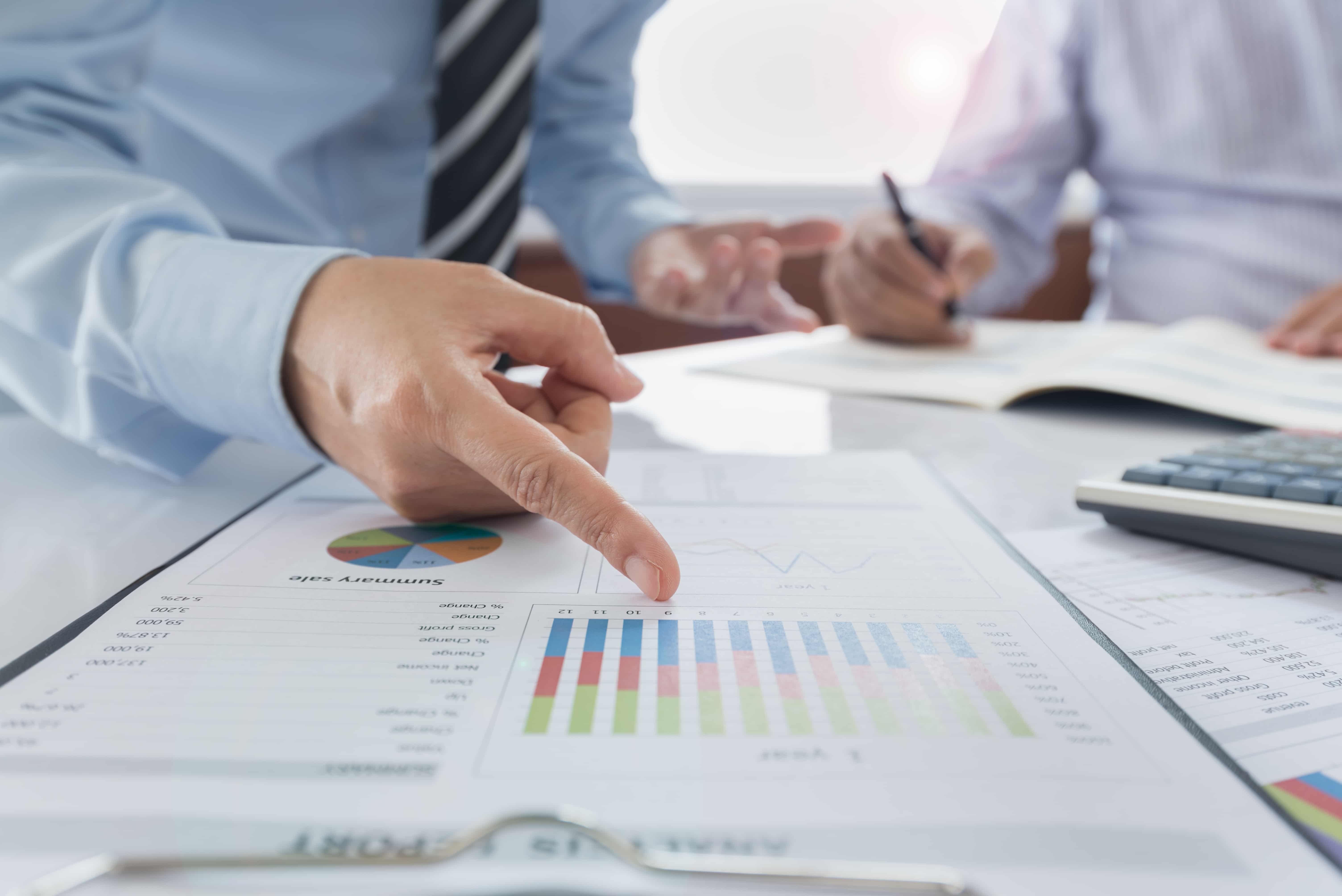 After all, if he had to have his eyesight compromised to the point where he couldn’t drive and needed a cane to walk, at least he was fortunate for it to have happened during an era when technology enabled him to continue on the job. His MMBB office and home computer are outfitted with the latest software and gadgets that keep him functioning as well as anyone.

“Hours before reporting for work, I’ll be up and studying the markets,” Sherwood says.

Sherwood’s methods range far beyond the comprehension of the average investor and entail far more than just reading The Wall Street Journal, scanning the Dow or considering the effects of the latest bad news.

“I do my own research and look at all the underlying market data and pricing,” he explains. “I have my own metrics that go beyond fundamental research. I try to triangulate data on the market through market fundamentals, the application of economic theory, and quantitative finance. I also incorporate a broad umbrella of factor-analysis and risk premia.”

Can do, can’t wait

A native of upstate New York, Sherwood was raised by parents who lacked formal education but stressed the importance of learning. It was something that, unlike health, love and wealth, could not be taken away. Their son needed no prodding as he was already reading up on finance and economics at an age when others might have simply been counting the pennies and nickels going into their piggy banks.

“I was 9 years old when I asked my father what a stock split was, although I already knew the answer,” Sherwood remembers. “When Dad answered my question, I corrected his response. After I left the room my Dad had to look it up in the encyclopedia. Dad said he knew then that I had a passion for investing.”

Following graduation in 2007, Sherwood worked as a Morgan Stanley analyst before switching to Access Global Partners for a year. He then moved to Ivy Strategy as a chief strategist. While there he began work on a doctorate in business administration at Northcentral University.  The focus of his Ph.D. was quantitative finance and economics.

“As an educator I have to constantly learn new things. The market changes every day and I have to keep a student’s mindset.”

Following a short-term consulting assignment at JMF Investment Holdings, Sherwood joined MMBB in early 2015. Typically for Sherwood, there always seems to be room for something else on his plate, and most recently it’s been a fellowship in business and finance and faculty appointment at The King’s College, a Christian liberal arts school. Its locale is not too far from MMBB’s offices, and Sherwood delights in lecturing, leading workshops and mentoring students in the subjects of investments, economics and finance.

“As an educator I have to constantly learn new things. The market changes every day and I have to keep a student’s mindset,” he says. “But I also want to be encouraging to others who may be in my old shoes. My parents weren’t able to give me a trust fund, but they did instill in me a great work ethic that sparked a level of curiosity that has helped me continue to grow.”

He’s trying to pass those attributes on to his 8-year-old daughter, Chiara, who, like her father, excels in reading and math and may have a leg up on him when it comes to art. She’s yet to ask dad what a stock split is, but Sherwood isn’t concerned about the possibility of arrested development.

“Remember, I was 9 years old before I asked my father what it was,” he says with a gentle laugh.

Any views or opinions presented in this article are solely those of the author or subject, and do not represent those of MMBB Financial Services. 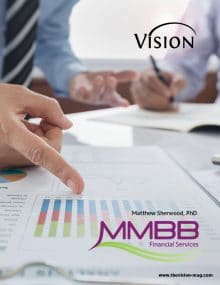