Business and politics don’t always mix, as was the case in 2014, when war in Ukraine and subsequent embargoes by Russia sent the companies that supply those markets scrambling to find new customers.

Luckily, after more than 40 years, the Mann family says it knows how to navigate both meteorological and political storms. The family owns three businesses that work together to produce, market and ship Pacific Hake and Arrowtooth Flounder from Vancouver’s coast. The family says it has made careful investments that allow for greater production and holding inventory longer, selling when the price is right.

Though 2014 held challenges, the Manns say they came out on top, retaining employees and boosting catches. Between 2015 and 2016, the family’s production of Pacific Hake and Arrowtooth Flounder increased from 7,000 tons to 11,000 tons.

Fishing has always been a boom and bust industry, and the Manns are well aware of that.

The family’s first company, Osprey Marine Ltd., was launched by Ron and Hetty Mann in 1977, a thriving and competitive time for the fishing industry. Fishing initially took place on the company’s flagship, the original Osprey No. 1. 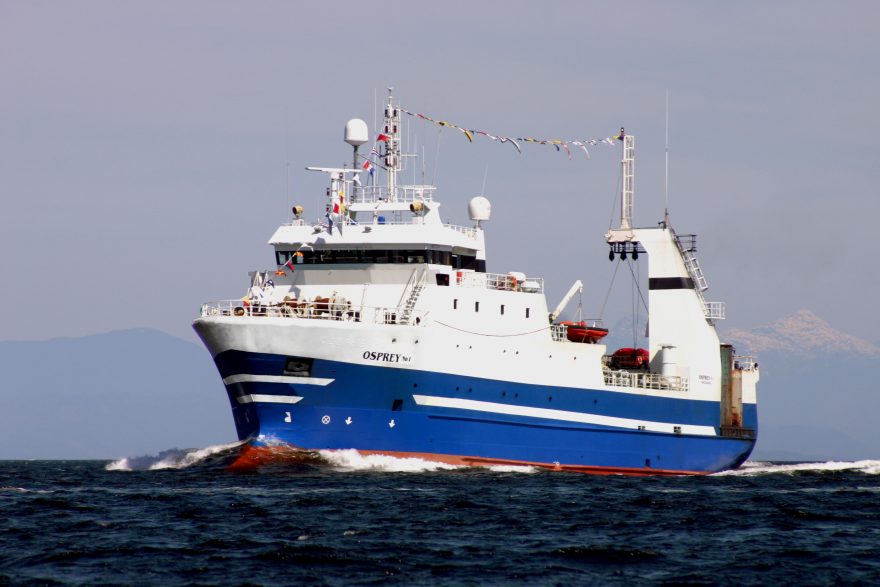 Ron and Hetty launched the second company decades later, in 2000, when groundfish fishing was still highly competitive, but there were fewer, larger players competing for smaller quotas of groundfish. That company, Mariner Seafoods Ltd., marketed and distributed the family’s catches. The third company, Mariner Seafoods International, launched in 2006 to globally market and ship the production from the Mann’s freezer vessel, imported from Iceland in 2005, and renamed the Osprey No 1.

Mann, his wife, four daughters and a son-in-law are intimately involved in the running of the various operations of   the businesses, which need to function in a highly coordinated manner.

In 2014, the Manns began a two-phase overhaul of Osprey No. 1, improving the onboard factory where fish is processed and frozen.

About that time, war broke out in Ukraine, and in response to sanctions against it, Russia enacted an embargo that cut Canada’s production completely from its markets. The Osprey’s product was already selling primarily to Chinese companies, but when politics pushed the Osprey’s competitors out of Ukraine and Russia, those competitors flooded onto the Chinese market.

“The stress level was really high,” says Shannon Mann, director of resource management. “[It was] really a constant concern when to sell the product, how to sell it. Our whole world had changed; it was crazy.”

But while the Osprey’s competitors slowed down or stopped production, the family didn’t want to impact crews’ earnings or lose production opportunity, so it kept fishing. After each trip, the company held its inventory longer, while carefully analyzing its production and storage costs.

Despite obstacles, the Manns continued to invest in their vessel, always knowing that careful investment toward growth was the only option. That included the retrofit of the onboard factory for Osprey No. 1, which increased its at-sea production capabilities. Shannon says it was a tremendous undertaking. “There is a lot of existing technology one can put on board but how you implement the technologies, that is something we do differently and successfully,” she says.

While an onshore factory can often expand its square footage, Shannon explains that space on a boat is limited. “How you actually organize the factory and get the product to flow through—not wasting space, using height and width, not backtracking—it’s very much like Tetris,” Shannon says. 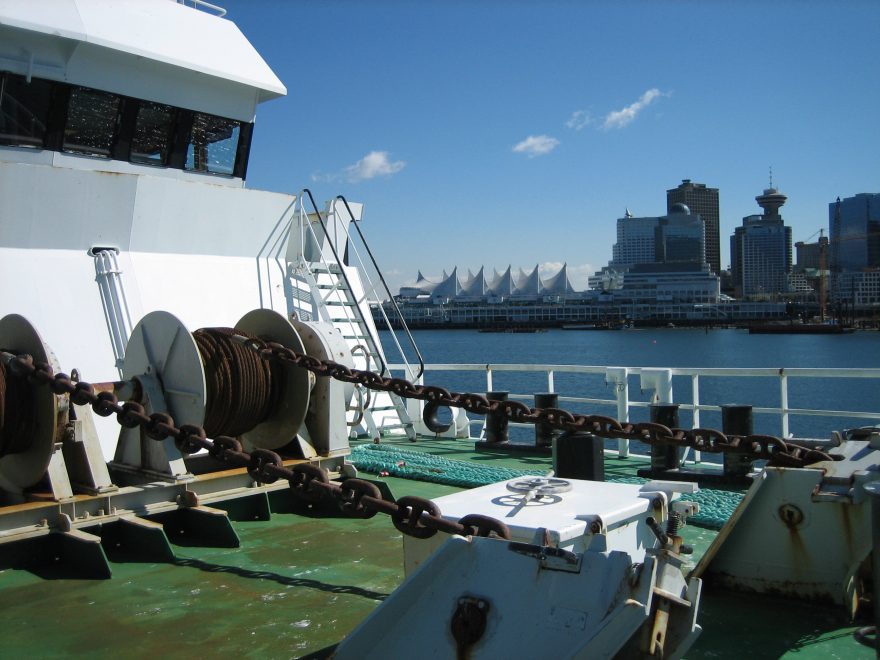 The efficiency of a vessel’s factory can make all the difference for commercial fishing operations. On the Osprey No. 1, for example, the freezer can hold 1.4 million pounds. The faster crews can process, freeze and off-load that catch, the faster they can get back to fishing and generating income.

By the 2016 fishing season, Osprey Marine’s improved factory was up and running and competitors began moving back into the Eastern European markets. As a result, the company brought in a total of 11,000 tons—more than it’s ever caught.

The Manns aren’t stopping there. Next, they plan to “stretch” their vessel.

Osprey No. 1 is already 57.5 meters long. After the next fishing season, Osprey No. 1 will head to the shipyard, where crews will cut the vessel in half, install a “plug” in the middle and weld the two halves to the plug. That will give Osprey No. 1 “some serious space” in the factory and freezer hold for further improvements and additions.

“In anything we’ve done over the years, we have conservative expectations on the outcomes of each investment but bold designs; go big but do it right,” Mann says.

The Manns expect the next round of upgrades will further help them weather whatever economic or political challenges are bound to arise. While Shannon says she doesn’t have a crystal ball, she does know that, regardless of what external factors impact the business, the family will continue to approach things pragmatically, as it has done for 40 years.

“When we were going through 2014 and the aftershocks of that, the way my parents had their thumb on the expenses of the operation through the whole period was really how we thrived,” she says. “They knew down to the dollar what their decisions were likely to cost and what they’d need to recover before they acted.”

Shannon takes pride in this, and the family nature of the interconnected businesses.

“I love the story of how my parents started this family and business and how they have done both so successfully,” she says. “[There’ve] been a lot of changes, a lot of obstacles. They’ve done a great job. It will be very interesting to see what they do after this next stage as they’re now moving into retirement.”