Her finance and IT savvy add horsepower

A company must live up to its name. When its inspiration is the French word for a smart and powerful draft horse—once used to ease the workload of its less-muscled owners—that task can be especially tall.

For decades, Percheron LLC has been working in a similar manner, doing much heavy lifting for its nationwide clientele in pipelines, energy exploration, utilities and—more recently—renewables. All those industries extremely active, Percheron has been a one-stop shop for project management in land acquisition, title research, engineering, surveying, environmental assessment and geographic mapping. 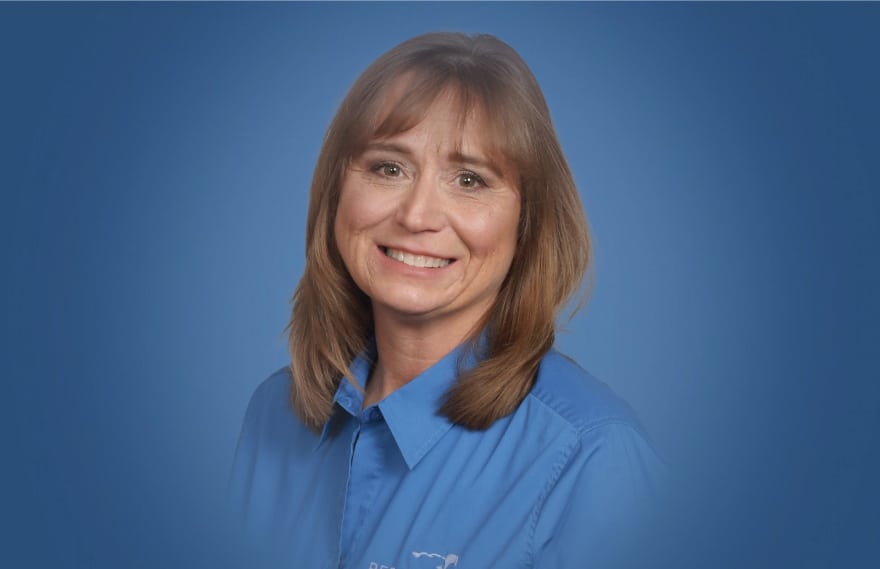 But how much better Percheron could accommodate its clientele with enhanced in-house efficiency. Such was the company’s reasoning in September 2016, when they entrusted a slew of somewhat unconventional responsibilities to Rebecca Harrington, the new chief financial officer.

Only, Harrington wouldn’t just be crunching numbers. Leveraging 15 years of experience as an executive at the types of companies that contract for Percheron’s services, she’d also be overseeing technological upgrades that would streamline processes, reduce the need for back-office personnel and enable clientele to assess all aspects of a big-ticket project—all while saving time and capital.

“I don’t want to do anything twice,” Harrington tells Vision in October from company headquarters in Houston. “If we can do something just once with technology, then let’s do it that way. Not only will we be better off, so will everybody else.”

She shows the way

Truth told, the company had been trying to do it that way prior to Harrington’s arrival, but the nuances of enterprise resource planning had yet to be fully optimized. She recalls entering a workplace where, after several entities had been merged, four or five applications had been combined into one project-based management system. That meant a lot of repetitive processes.

Having fine-tuned systems while managing the books for multiple companies, Harrington had ideas. When she discovered the accounting staff was still relying heavily on paper processing, resulting in delayed reporting, she moved Percheron to an accrual-based accounting system—one where revenue and expenses are recorded when a transaction occurs, rather than when payment is made or received. 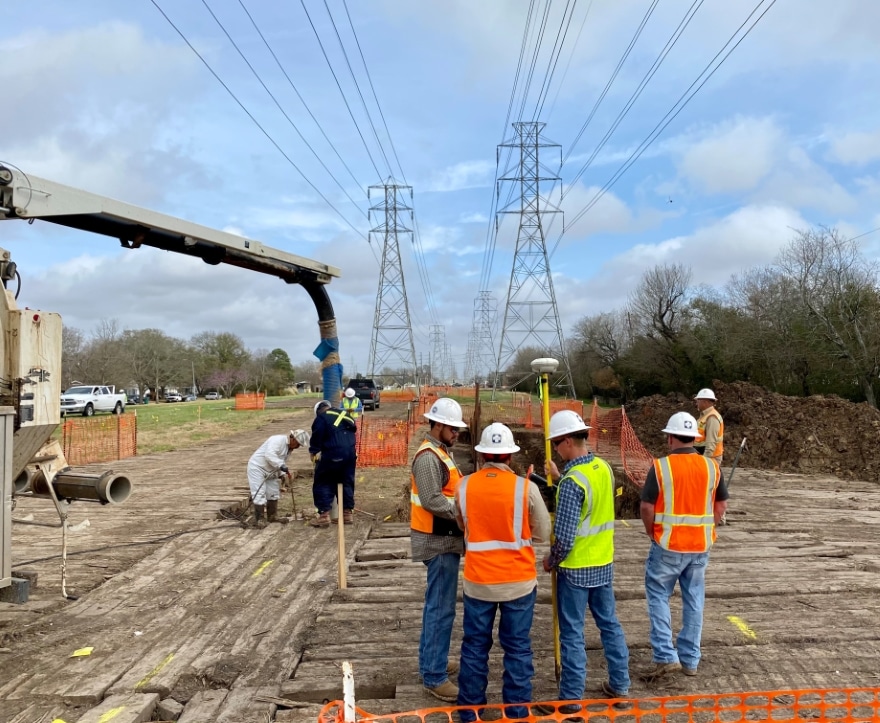 “We had 15 people in accounting and billing and we’re now down to six while our invoicing cycle, which had been 30 days, is down to a week,” Harrington says. “We’re constantly improving on all our processes.”

Financial reporting and data processes that used to take three to six months were reduced to two or three weeks. According to Harrington, that allowed Percheron to focus more on running its clientele’s businesses.

Meanwhile, the company can better oversee its own personnel, thanks to software that provides a centralized repository of employee scheduling, compensation, performance and personal time—yet another tool that Harrington helped bring.

Indeed, Harrington is never shy about exploring the potential of new technologies. Currently, she’s part of a team developing a Geospatial Real-Time Integrated Database that will enable Percheron’s clientele to view all aspects of a project in real time. And how vital is that teamwork.

“Behind every successful person are others that help to lift you up,” Harrington says. “We could not have done all the things we achieved without a team effort; and I really appreciate everyone that I’ve worked with.”

The new technology will link data from the ERP to an integrated project system to create a single platform that will connect operational data and financial project data. Should a pipeline company be constructing or upgrading infrastructure, or a solar farm be breaking ground for construction, the company will have the means to guide them. 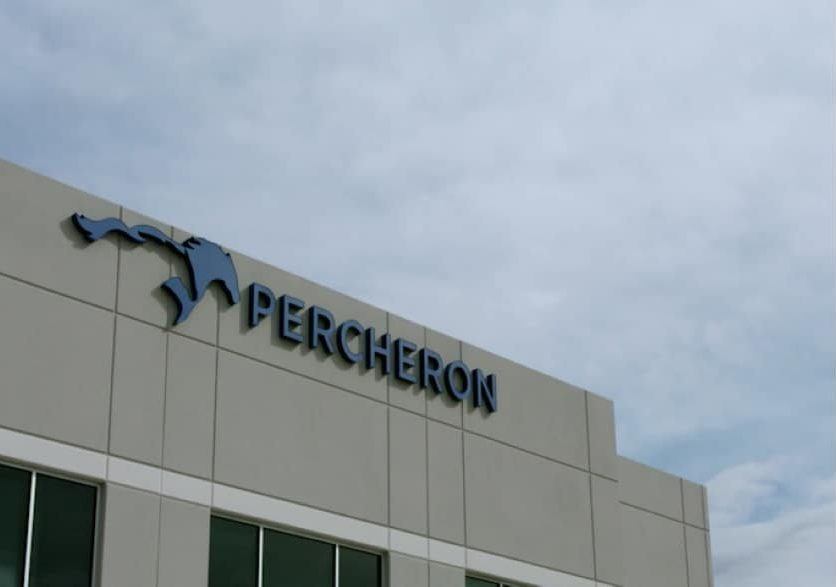 “Our customers will see the entire project, operations and financials side by side,” Harrington says. “Bringing all this together will be another great service.”

The final beta-test stage is now underway. Initially the tool will be rolled out client by client. Once it’s fine-tuned, it’ll be mass marketed.

Harrington herself has done plenty of beta testing during her career—yet another example of how her skills have transcended the accounting skills she’s honed since earning her MSA from East Carolina University-College of Business in 1993. A software company noting her curiosity early on, it had her sitting by a computer one day just to click buttons.

“Even today if I come across something like that, I’ll check it out,” she says. “You’ll never know what you can do until you try. I’m not afraid to break a computer. I’ll just pray that if I do, someone can fix it.”

She came to Percheron after seven-and-a-half years as corporate controller and vice president of finance and administration at Hydro Resources, a groundwater exploration and production specialist with locations in Texas, Colorado, Kansas and New Mexico. She’s also held controller positions at Pioneer Drilling Co. and IB-US stone, directed finance for Devonshire at PGA National, and had been an accountant at Exide Electronics and Arthur Andersen.

This position might be her most fulfilling to date. Texas among the locales that in recent years have been subject to hurricanes and cold spells, the need for reliable energy infrastructure can’t be overstated.

“It’s an exciting and challenging time to be here and I’m all about improving the connection between people and process,” she says. “Sometimes we just need to step back and ask how does a system work, and what changes can improve it.”

Just as she had for past employers, Harrington’s been finding and implementing those changes for Percheron, and the resulting efficiencies should bolster the company’s efforts to attract new clients in legacy oil and natural gas—though it’s also heeding the call to invest more in sustainability and renewable energies.

A native of Wisconsin, she’s taken well to life on the Texas Gulf Coast where there’s always a rodeo or country music show to attend. She enjoys her lakefront home and visits from her three grown children and their children.

“I love this industry,” she says. “It operates in real time and interacts with the economic impactors of today. You can’t turn on the TV without there being someone talking about energy. It’s why I prefer our service industry to manufacturing.” 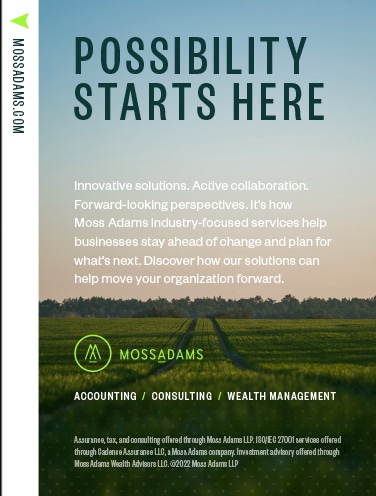