Rebecca Shoniber knows that some people are either skeptical of human resources departments or only view it as an administrative function. That’s why she takes the time to show them how she can improve processes, such as hiring, onboarding and benefits. As the vice president of human resources of EyeSouth Partners, she does this with every practice the company affiliates with.

“We want them to maintain autonomy over who they hire, but we want to be a support for them and give them resources to be more efficient, organized and strategic with how they hire,” Shoniber says.

EyeSouth Partners, headquartered in Atlanta, Georgia, is a network of integrated eye care practices, each of which maintains its brand identity upon affiliation. The company manages business operations for 26 practices in 10 states and is growing and expanding. 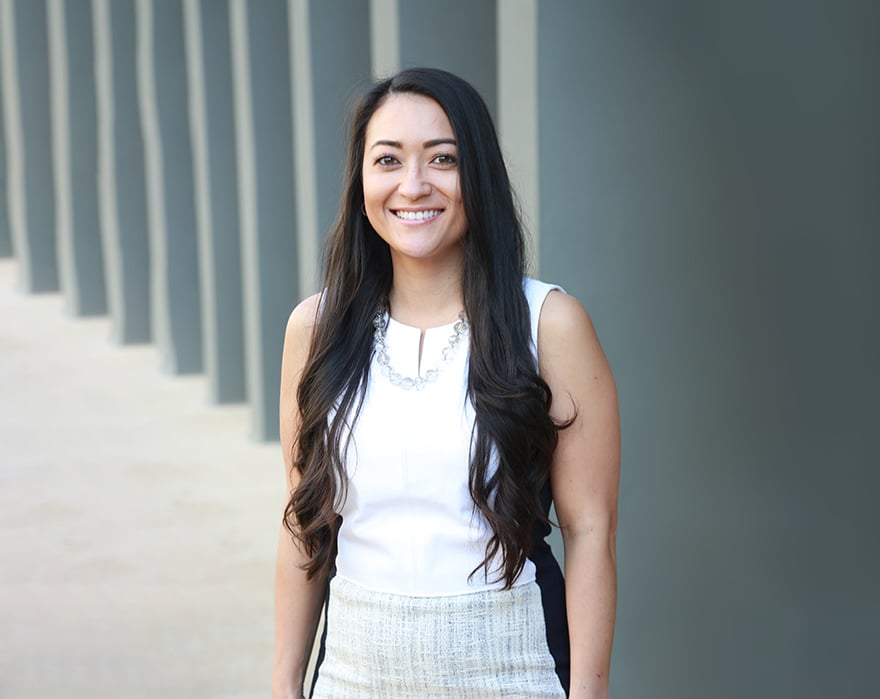 When it was founded in 2017, the company established human resources procedures without having a dedicated HR lead for the department. When executives realized they needed someone with experience to manage human resources, they hired Shoniber, who then restructured some of what had been established.

She started with the HR compliance basics, which included creating state specific employee handbooks, internal I-9 audits and internal Fair Labor Standards Act audits. She then centralized Family and Medical Leave Act administration, onboarding, and employee relations. She also created a training program for managers at each practice because, according to Shoniber, many of them were promoted from within and had never been trained to manage people.

Putting human resources for all the practices under one umbrella has also helped to relieve employees of responsibilities not related to their position.

“We knew we had to put some new structures in place and that we had to centralize human resources, or the model wasn’t going to work long term,” Shoniber says. “It’s about streamlining operations and creating efficiencies so each practice can be more successful as we continue to scale.”

Since Shoniber started working with EyeSouth Partners, it’s grown substantially, meaning her department has had to keep up. She was the 19th person hired in the corporate office, which now has close to 100 employees. The number of employees at eye care practices has increased from 300 to over 2,000.

With the company acquiring eight to 10 new practices each year, Shoniber knew she couldn’t be the sole point person in human resources anymore. She’s hired four, and soon to be five, regional directors who manage training and third-party investigations. Shoniber says this setup allows each practice more access to and support from human resources. 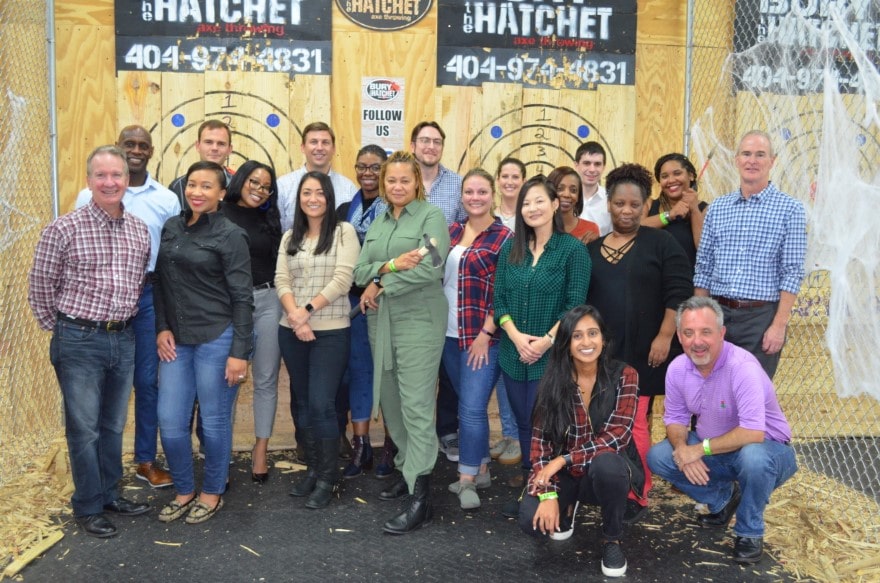 She’s also hired a corporate human resources operations director who the regional directors report to. This allows Shoniber to focus on “big picture” ideas and strategies, she says. For example, she’s bringing in introducing a new human resources information system, UltiPro, which she says will allow more automation in the onboarding process and in performance reviews. She expects it to go live in April.

“I really like the building aspect of human resources and getting to be the architect of the department,” she says. “I enjoy helping set the direction of the company.”

In helping the company grow, Shoniber and her department have helped develop a new training program for ophthalmic technicians.

The entry-level position, which includes preparing patients to be seen by a doctor, helps high school graduates to get into the medical field, Shoniber says. EyeSouth Partners has 700-800 ophthalmic technicians throughout its practices.

Typically, people start in the role with no experience, so the program takes the pressure off individual practices to do all the training, she says. The three-month program has 13 modules, which include traditional education from books and videos as well as on-the-job instruction. 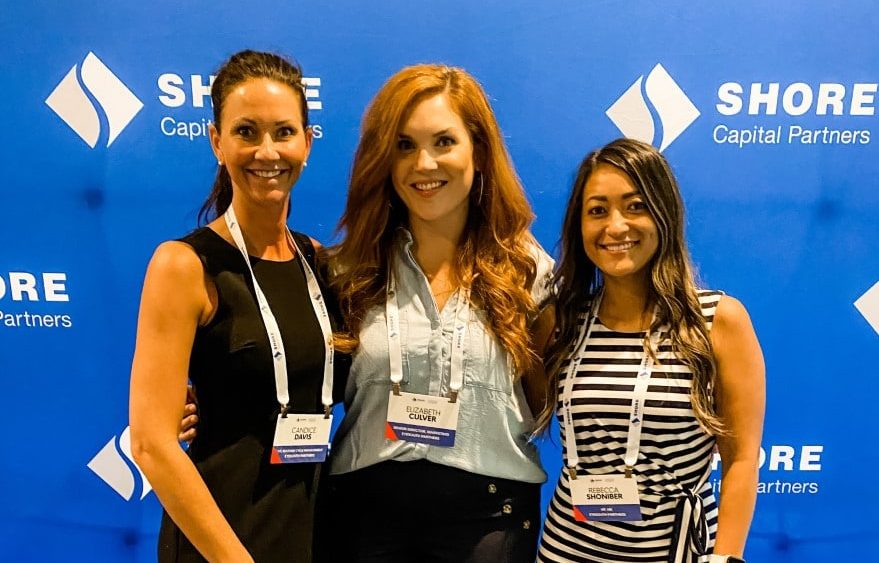 Each technician is assessed annually to determine whether they’ll be promoted to the next level, with the position having five levels of certification. Shoniber says there’s been a nationwide shortage of ophthalmic technicians for the past 20 years, so she’s happy the program has been well-received by participants.

“Technicians are one of our most critical roles because a practice can’t operate without them,” she says. “This program sets people up to grow and develop in their careers and puts them on track to move up in the field.”

Shoniber says helping people be successful and happy at work is what makes her job so rewarding. She’s worked in human resources almost 15 years, with much of her career having been with professional employer organizations for companies that outsource human resources.

Prior to working at EyeSouth Partners, she spent two years at HR Strategies, a private human resource management firm in Georgia. She also spent almost four years at Syndeo, an employer services organization based in Kansas. 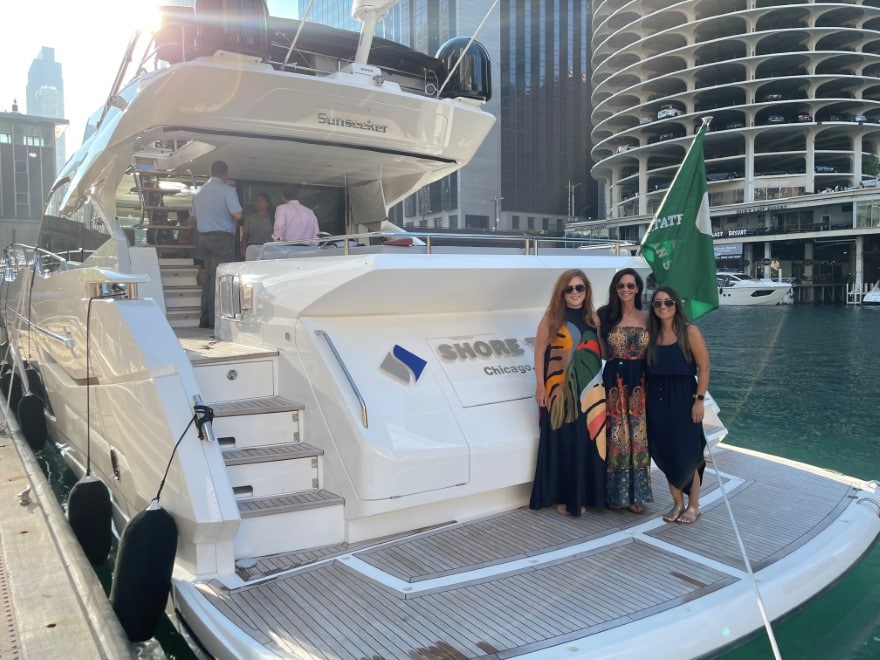 “I enjoyed that work a lot, but I was interested in finding a position where I could be with one company and see the end result and the long-term gains,” Shoniber says. “I wanted to be somewhere I could make a mark.”

That’s when she found EyeSouth Partners. While working with dozens of practices is somewhat similar to having multiple PEO clients, the difference at EyeSouth is they’re all part of one company.

“This has been such a unique opportunity because the model is similar to what I’ve done in the past, but now I get to see initiatives through,” Shoniber says. “At EyeSouth, I get to do one of the things that I think is most often overlooked in human resources, which is to help companies—and people—grow and develop, while illustrating what ‘great HR’ means.” 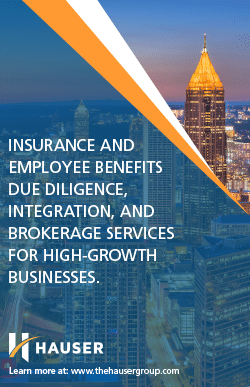