Upon crossing an impressive bridge over a tidal river, folks driving into the most northeastern state are greeted by a “Welcome to Maine” sign that includes two more messages that really are complementary: “The Way Life Should Be” and “Open For Business.”

Mainers like to strike the right balance between working hard and enjoying the fruits of their labor in a state so blessed with natural beauty and opportunities to recreate. Basic yin and yang, some might say. 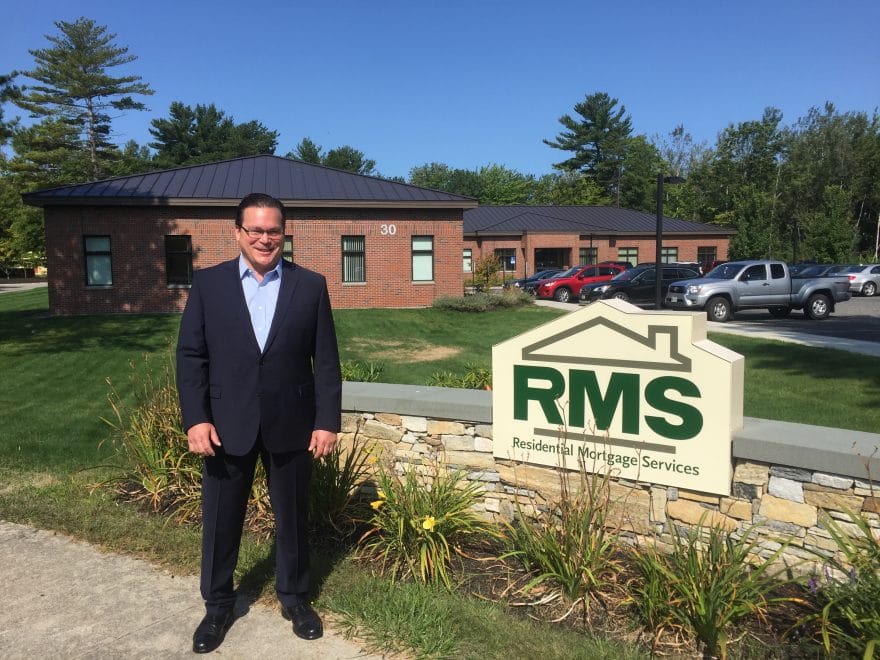 A native Canadian turned U.S. citizen, Paul Musgrove would concur. Since the summer of 2014 he’s been chief financial officer and head of human resources at Residential Mortgage Services based in South Portland, Maine, enjoying the lifestyle that can be both rustic and cultural while presiding over what’s been the remarkable growth of a company that some may think is at a geographic and demographic disadvantage.

Not so. A good business model transcends state borders, Musgrove is quick to say, and the numbers bear him out.

With 80 branches in 15 states, RMS has expanded its Retail Distribution Channel footprint throughout the Northeast and Mid-Atlantic. The company’s growth strategy calls for continued expansion of its market coverage to the south and west, through both its Retail and new Consumer Direct Distribution Channels. Musgrove can see the company eventually represented in every state.

In just three years the RMS work force has more than doubled from about 400 to over 850, with  volumes likely to surpass $4 billion in 2017, and the $5 billion milestone looking approachable if not next year than in 2019.

Sure looks like full speed ahead just as long as RMS continues to put the customer first, and Musgrove assures that’ll always be the case.

As Musgrove explains, a mortgage can be looked upon as a commodity, a fungible product whose interest rate is essentially interchangeable no matter which home-financing firm a buyer uses. What sets RMS apart, he says, is its emphasis on customer service and customer satisfaction in a process that’s prone to being impersonal, frustrating and confusing.

“From the time the customer calls or is introduced to a loan officer, we’re with them the whole way,” Musgrove says. “It’s a very different approach than they might get at a bank. We recognize that for most of these people, this will be the biggest purchase they’ll ever make, and we are with them.” 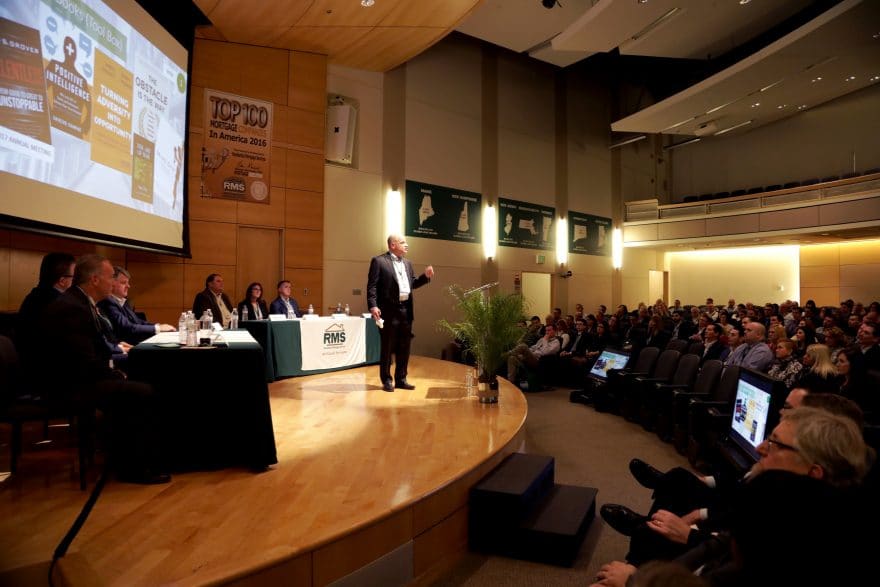 With RMS operating what Musgrove calls an informative website, easy to use online application, and new customer direct sales and support team, potential borrowers have the option of initiating the process without ever visiting a company branch. But, as Musgrove reminds, the act of applying for a mortgage can be emotional if not frightening, and many if not most customers want the personal touch start to finish.

Most of RMS’ business comes from purchase loans rather than refinancings, but whatever the transaction, it’s closed and serviced through the South Portland base where other eyes can assure compliance with the many regulations. RMS also sells loans in full to larger companies such as Wells Fargo, which bought over $1 billion of them last year. The company also tackles hard-to-handle government loans.

Musgrove is as entrepreneurial as he is hands-on, and emphasizes to all under his wing what a relationship-driven line of work they’ve chosen and how the company relies on them to sustain its growth. The low turnover at the South Portland headquarters and satellites attests to the company’s desire to retain a capable crew that has opportunities to grow on the job.

“If there’s a secret to our expansion outside of the Northeast, it’s the relationships we have with salespeople and the leaders who manage them,” Musgrove says. “Personal relationships run deep through our senior team; that’s how we maintain a strong sales culture.”

Musgrove didn’t start out as a realtor or financial man. A 1989 graduate of Concordia University in Montreal, he began his professional life as a mechanical engineer and worked on such mega projects as oil-drilling rigs off Newfoundland. While others marveled of the mechanics of such operations, his curiosity took another turn.

“I became intrigued with how those projects were financed, and how that end of the business was designed,” says Musgrove.

Upon getting his MBA in international finance from Concordia in 1994, Musgrove had a pretty good idea of how the ledgers to big projects were built and reinforced, even finding that engineering principles applied to such areas as interest-rate management and risk analysis. He worked a string of banking and insurance jobs from Canada to North Carolina to Cleveland and then to Boston, where as CFO of the troubled First Trade Union Bank, he helped launch a public offering that led to its rebranding and stabilization as Radius Bank. 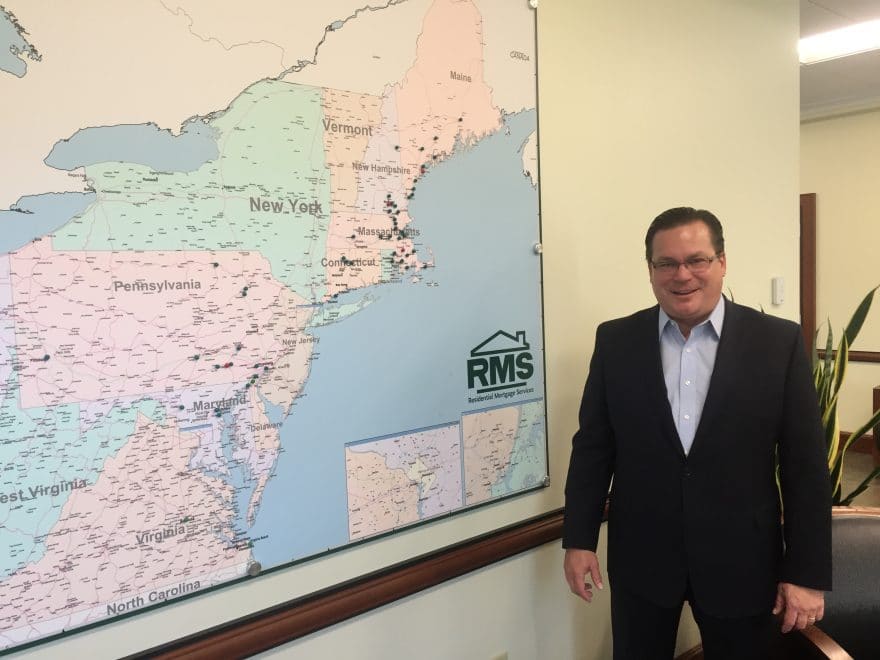 It was such a track record that had RMS eying Musgrove to take over in South Portland, and it wasn’t a hard sell for him, his wife, their two daughters and a son.

“We had vacationed in Maine, were familiar with the people and culture and liked the state a lot,” he says. “We thought we’d make a go at it, and it’s worked out very well.”

Similarities abound between Maine and the Canadian provinces of Quebec and Ontario, both of which Musgrove once called home, although he doesn’t miss the two-hour one-way commute he endured while working in Toronto. The Maine coastline is another advantage he didn’t have in Canada, and the restaurants and cultural attractions in Greater Portland area compare favorably with those of major metropolitan areas.

That’s the kind of Maine that Musgrove so relishes; a place where one can work and play hard. Those who don’t see the connection might be well-advised to familiarize themselves with one of the signature works of another prominent Mainer, Stephen King.

“All work and no play makes Jack a dull boy,” filled the pages of the novel of a work-obsessed, possibly possessed ill-fated character in “The Shining.”

A much better approach can be found under that “Welcome to Maine” sign in the northbound lane on Interstate 95.

RMS—ranked 37th among America’s top privately held mortgage companies for 2016 by Mortgage Executive Magazine, and regularly at or near the top of numerous state rankings for best housing lender—seems cut out to be a Maine company. But its outreach is not by any means limited to what’s known as the Pine Tree State. 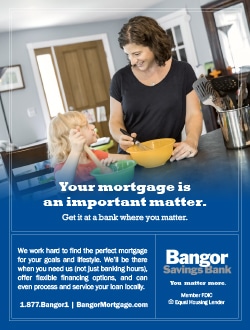 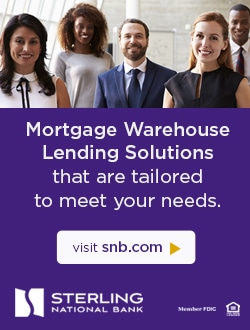