The Power of Transformation

As he gazed out at the thousands of youthful faces staring back intently from the audience, Robert Anchondo couldn’t help but marvel at the gravity of it all. Thirty years ago, it might’ve been him out there, listening to an accomplished Hispanic engineer talk about their journey, about hurdles scaled and odds overcome.

That’s when it hit him. Thirty years ago, none of this would’ve been possible. Only now, on his seventh trip to the Society of Hispanic Professional Engineers’ National Convention, where he received the organization’s 2019 Corporate Achievement Award in recognition of his work at engineering giant Honeywell, could Anchondo appreciate just how far SHPE—and he—had come. 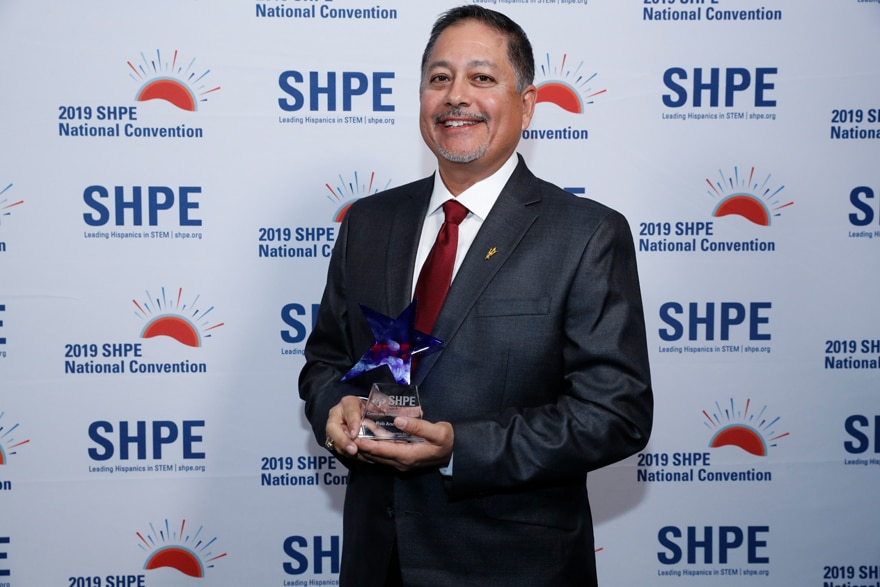 “In a forum like this, where the energy is so contagious, it really felt like the stars had aligned,” Anchondo reflects. “The theme of the conference was ‘The Power of Transformation,’ and that’s exactly what it felt like: a transformative moment.”

In truth, it was the latest in a string of life-changing experiences Anchondo credits with shaping his life and career.

Growing up in Eloy, Arizona, a modest town halfway between Phoenix and Tucson, Anchondo displayed an early knack for math and science—fascinated by how things were built—especially all things aerospace.

“I couldn’t fathom anything more exciting than space travel. It captivated me,” Anchondo recalls. “To their credit, my mom and dad encouraged me every step of the way.” 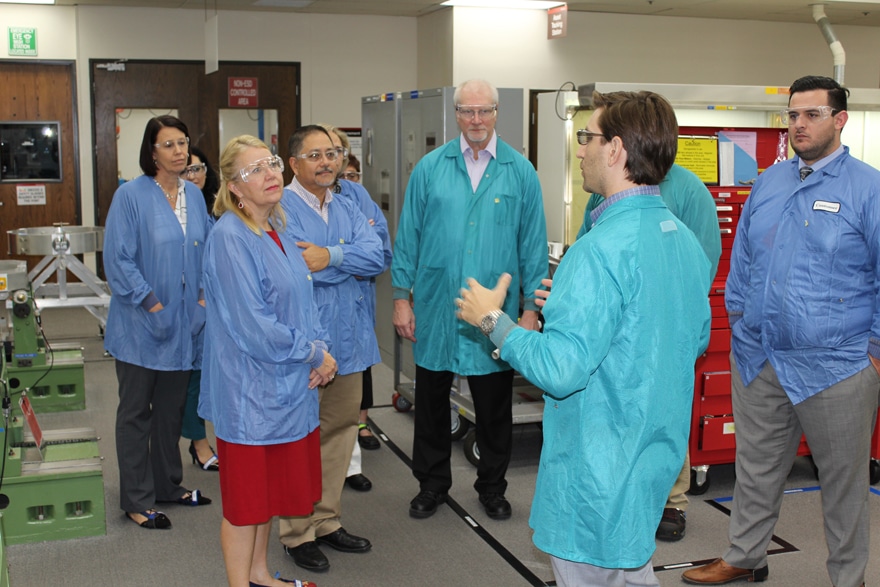 Sadly, such support wasn’t always easy to come by. During his senior of high school, Anchondo was told by his design/drafting teacher that a career in engineering might be out of reach for a Hispanic kid from a small town—a message that threw the young student into a crisis of confidence.

It was Anchondo’s parents—his mother, a fierce champion of education, and his father, a first-generation Mexican immigrant who’d overcome a hardscrabble life to become a pharmacist (and a mentor to many local kids)—who convinced their son to ignore the doubters.

“My parents always believed that the only limitations are the ones we place on ourselves, and my father really hammered that home,” Anchondo says. “To this day, he’s the man I aspire to become, because of the love and support he showed. Not just to me, but to other kids in the community as well.”

In 1988, Anchondo was awarded full tuition to attend Arizona State University. But while his engineering studies were invigorating, the financial strains quickly mounted. Desperate for support (and afraid to further tax his parents financially), Anchondo went to his academic advisor, who helped guide him through the financial aid process.

“After I graduated, I went back and took him out to dinner,” Anchondo says. “I thanked him profusely, and he said that the only thing I owed him was to help someone else. I never forgot that.”

Earning his B.S. in 1991, Anchondo was recruited to join the Arizona office of Honeywell. As a hardware and product engineer, he spent his first several years supporting the building and testing of the company’s mechanical space hardware.

It was around this time that Anchondo discovered what would become another professional passion: mentoring.

“Many of the operators and technicians I worked with would ask me about my path to engineering, often wanting to encourage a family member,” Anchondo reflects. “Having those conversations, I realized how influential role models could be. After that, I was always looking for mentoring opportunities.” 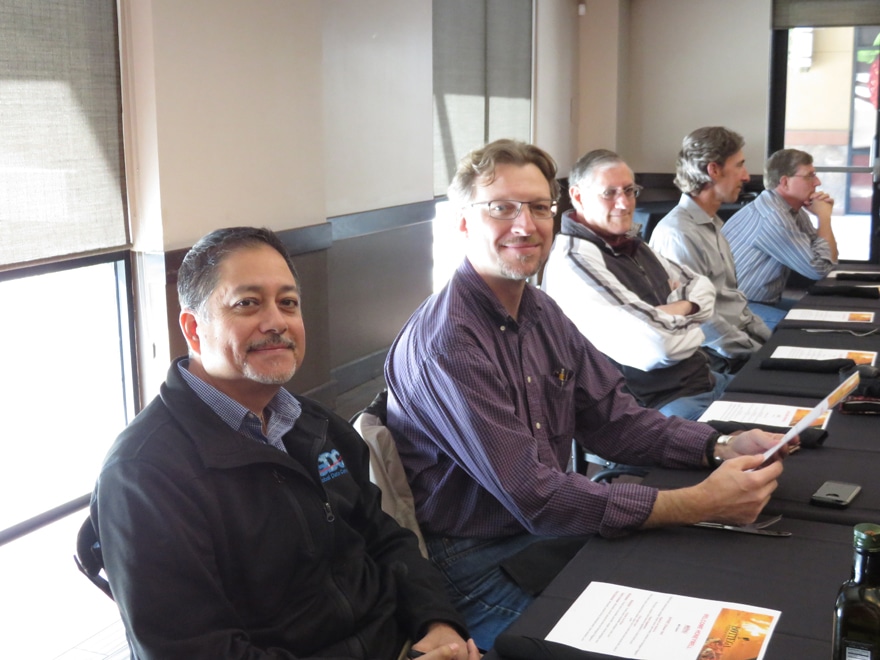 Over time, Anchondo’s responsibilities grew to include everything from leading complex technical projects to standing up new engineering teams to tackle things like mobile apps and data analytics. In 2019, he was transitioned to the company’s aircraft division.

“Honeywell has been a great place to grow, both as an engineer and as a leader,” Anchondo says. “They invested a lot in me, entrusted me with challenging assignments. Where else do you get to fly on a jet to see how your designs work? Not many places.”

It was through Honeywell that Anchondo was first introduced to the Society of Hispanic Professional Engineers, a professional organization committed to fostering Hispanic leadership in science, technology, engineering and math, or STEM.

Owing to his involvement with the Honeywell Hispanic Network, an internal group tasked with bolstering the company’s diversity and inclusion efforts, Anchondo was invited to attend the 1996 SHPE National Convention in Seattle. There, surrounded by thousands of his Hispanic peers, Anchondo experienced yet another shift in perspective. 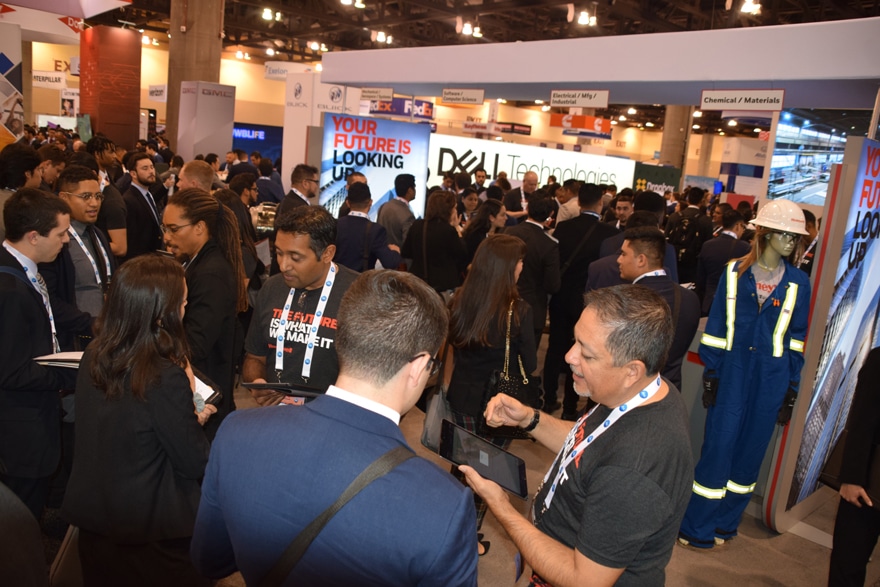 “One of our marketing ideas was bringing a bunch of red Honeywell umbrellas with us to the convention,” Anchondo recalls. “As luck would have it, it was raining that week. And I just remember walking through downtown Seattle among this sea of red umbrellas, all of them carried by Hispanics from Honeywell. It made my heart swell with pride. We all felt so empowered.”

Anchondo soon got involved in the SHPE Phoenix chapter. In 2013, not long after his promotion to senior director of engineering for Honeywell’s aerospace services division, Anchondo was asked by one of the company’s VPs to help strengthen the Honeywell-SHPE relationship.

Together with Hector Garcia, whom he tapped to lead the initiative, Anchondo set out to improve Honeywell’s already strong D&I posture, an initiative that included using data from industry peers to benchmark the company’s efforts and canvassing several events (including a SHPE National Convention) to determine how Honeywell could best reengage with the organization. 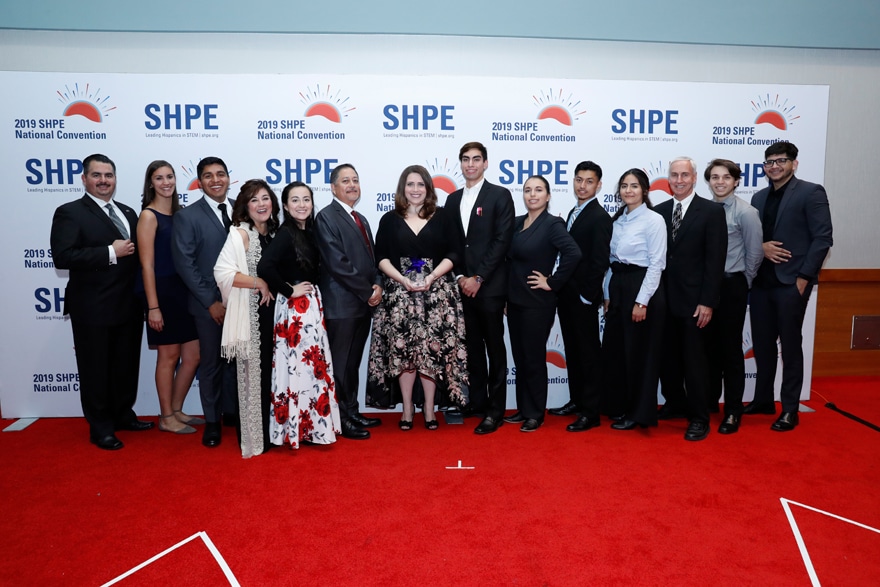 Thanks to the efforts of Anchondo and Garcia, Honeywell was named a visionary sponsor for SHPE’s 2019 National Convention in Phoenix—the same gathering where Anchondo received the organization’s Corporate Achievement Award.

“We want to show that there was a huge pool of Hispanic talent out there waiting to be found. As an organization, SHPE understands that pipeline as well as anyone, so they are key to this equation,” Anchondo says. “At the end of the day, businesses are interested in bottom line success. That includes Honeywell. What we’re proving is that, when you embrace D&I, good things happen.”

It’s an idea that Raquel Tamez, SHPE’s CEO, is proud to share with Anchondo.

“As one of our longstanding industry partnership council members, Honeywell has played a critical role in helping SHPE better understand how the biggest companies are creating the industries of the future, and how Hispanics factor into that equation,” Tamez says. “Robert knows that nexus as well as anyone. Having someone with his background and expertise—someone who understands the positive force that Hispanics represent—has been huge for Honeywell, and an inspiration for all of us here at SHPE.”

As his role evolves (he was promoted to senior director of avionics systems in August 2019), Anchondo still finds time to speak at various SHPE chapters and other events—on top of his ongoing mentoring work inside Honeywell. 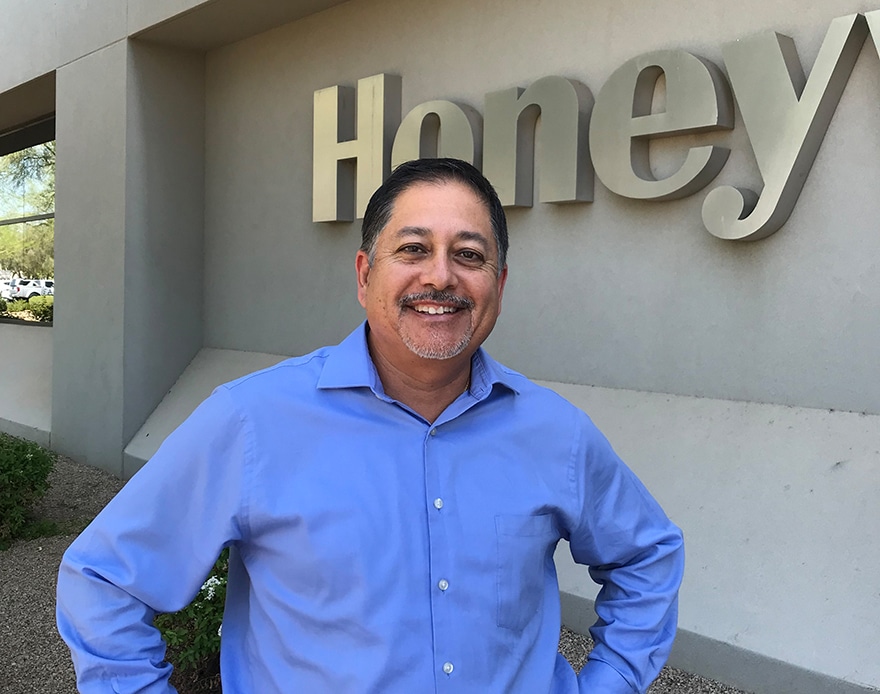 But while Anchondo is proud of every mentor-mentee relationship he’s had, the one that brings him the most joy is the one he’s been nurturing for more than 19 years.

“My daughter is in the engineering program at ASU, just like I was,” Anchondo says. “She’d love to work in the aerospace industry someday. I can tell you one thing: she will absolutely make a better engineer than me.”

Just another proud dad trying to pay it forward.