Engineering a brighter future for Hispanics

Whenever Rodrigo Garcia attends an event hosted by the Society of Hispanic Professional Engineers (SHPE), the organization he helped found nearly 50 years ago, he always finds himself fielding the same three-word question.

Between the throngs of young professionals packing the convention center halls and the well-known speakers and panelists, it’s abundantly clear to Garcia just how far his beloved organization has come. 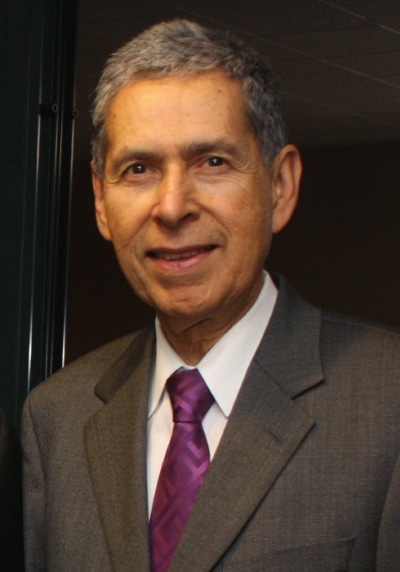 Clear, yes, but hardly a surprise.

“No, I’m not surprised at all,” Garcia says. “We were engineers. We drew up the map. This is what we dreamed of: an organization with a clear mission and a national presence. We always knew it had this kind of potential. To see it take off the way it has—it’s really special.”

In 1973, less than two years after Garcia and other members of the Los Angeles City Employees Chicano Association came together to form SHPE, the organization was holding its monthly meetings in Garcia’s garage.

Inspired by the region’s blossoming Chicano movement, the group aimed to leverage its members’ expertise and contacts to advance the careers of Hispanics in engineering—a white, male-dominated field that, for many Hispanics, had long felt out of reach.

“We knew a lot of amazing organizations that were promoting education within the Latino community,” recalls Garcia, who continued working for the city while getting SHPE off the ground. “The least we could do was to try to be role models when it came to pursuing careers in engineering. We felt there was a lot of opportunity there, particularly in the Los Angeles area,” he explains; Los Angeles having one of the largest Hispanic populations in the country.

Despite stepping down as SHPE president after two years, a move he believed would “encourage more fluid and dynamic leadership,” Garcia was instrumental in helping plot the organization’s national growth.

Central to the group’s mission was establishing student chapters at colleges and universities. What began as a mostly regional push—California State University (L.A.), East L.A. Community College and the University of Southern California—soon evolved into a national movement. Chicago and Austin established professional chapters soon after. 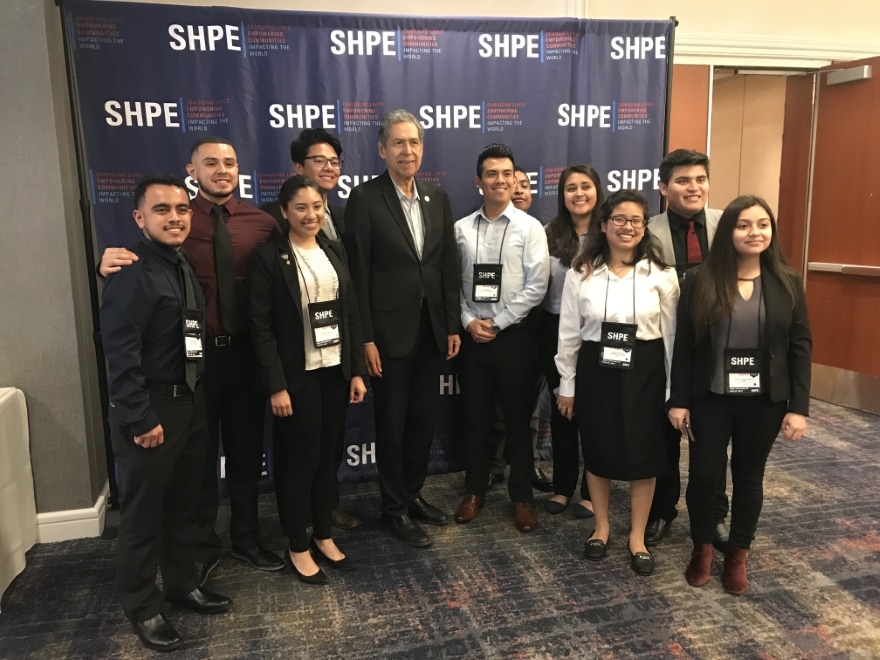 Garcia remembers being amazed by the passion of SHPE’s founders—William Nuanes, Americo Garza, George Esquer, Alex Vidaurrazaga and Andres SantaMaria—who all worked for the City of Los Angeles at the onset of SHPE. There was also Raul Alvadaro, an engineer at Rockwell International, who was instrumental in opening up the membership to include engineers working in the aerospace industry.

“Eventually we got to a point where we were meeting in restaurants instead of my garage,” Garcia recalls with a laugh. “At the time, a lot of government grants were drying up, so we really had to rely on donors—both individual and companies—to support our mission. That, and opening as many chapters as we could.”

In 1981, Garcia became SHPE’s first executive director, a move that underscored its transition to a fully-staffed organization. He also launched his career as an entrepreneur.

Garcia would go on to found five different companies, most of them in the building and construction industry. Today, he serves as president of Century Diversified Inc., an architecture and engineering management company based in nearby Monterey Park.

Now a member of SHPE’s board of directors, a role he’s proudly held since 2015, Garcia says he’s optimistic about the organization’s prospects. This past March, SHPE surpassed the 11,000-member threshold for the first time in its history. Nearly 8,000 people attended the organization’s 2018 National Convention in Cleveland—a number organizers expect to surpass when SHPE hosts its 2019 Convention in Phoenix this September.

But the stat Garcia is most proud of—the one that never ceases to amaze him—is the number of SHPE chapters currently in operation: 230, to be exact. And not just in the U.S., either.

“The fact that we’ve become a global organization is maybe what has surprised me the most,” Garcia reflects. “Hispanics are now being represented in the fields of science, technology, math and engineering (STEM) at historic levels, and not just in the United States. But there’s a lot of work to be done.”

With the U.S. economy projected to have 6.6 million unfilled STEM jobs by 2022, filling those positions is of paramount concern—for lawmakers and STEM leadership alike.

SHPE aims to address that gap by creating a bridge between talent-seeking tech companies and the organization’s membership base: high-school and college students interested in pursuing careers in STEM, as well as Hispanic professionals looking for new opportunities in their field. 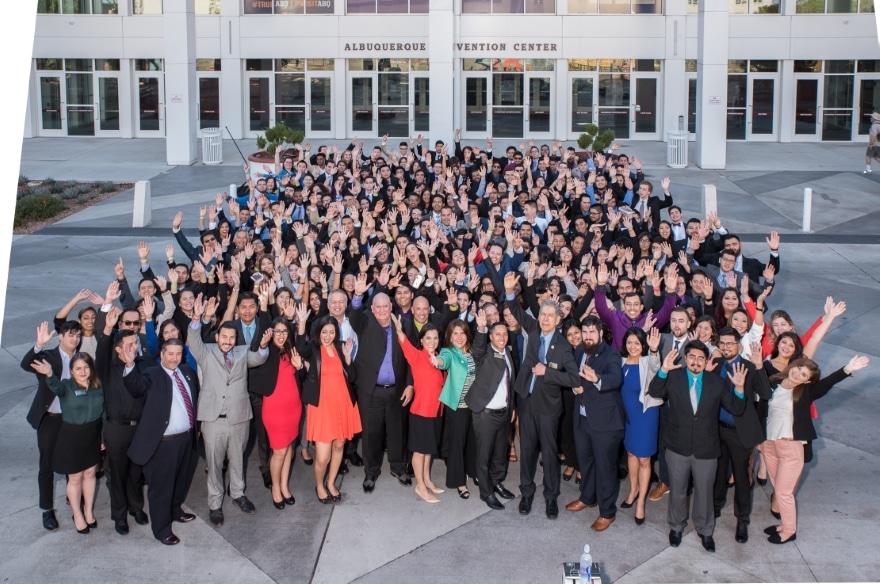 SHPE’s annual convention has become ground zero for that effort. Last year, dozens of attendees were offered jobs by the organization’s IPC members, including Boeing.

Garcia is hoping this year’s convention offers an encore performance—and another chance to field that one recurring question—are you surprised?

“SHPE has always been in the right place at the right time,” Garcia says. “The nation needs people in STEM. Hispanics represent the fastest growing population in the U.S. and the fastest-growing group of people in STEM. The need is there. The resources are there. It’s our job to continue making those connections.”