A corporate philosophy done by the book

President, with a capital “P.” It’s a role that countless professionals, and more than a few politicians, spend a lifetime trying to achieve, often at the expense of their health and happiness.

Now that he’s earned the badge himself, Ron Ahlensdorf Jr., head of the Toledo-based Summit Valuation Solutions (SVS), has a dark secret to share: He doesn’t even like the title—or any titles, for that matter. 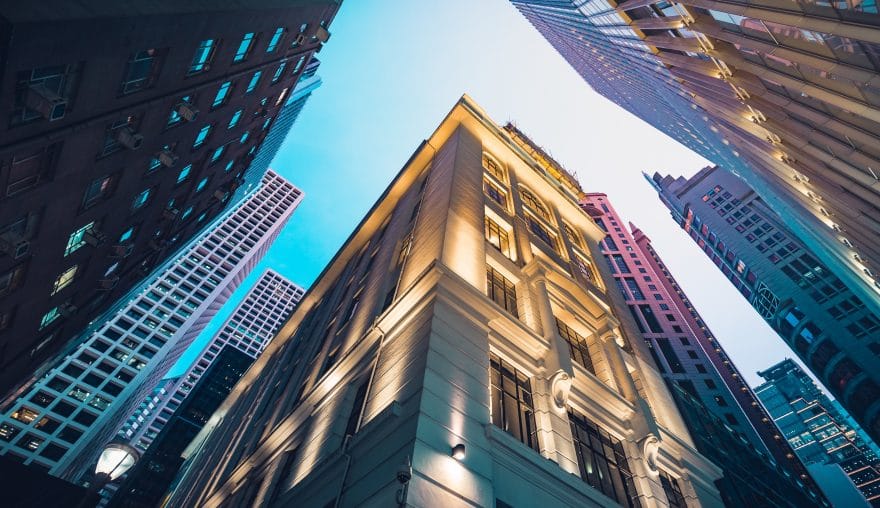 “I prefer to say that I work for the company,” Ahlensdorf says with a laugh. “During the day I play the role of Ron at Summit Valuation Solutions, but that’s not all that I am. I’m a father, son, brother, friend and teacher. What I truly enjoy doing is bridging those two worlds and roles in a way that makes me a better person. And hopefully helps others be better people, too.”

Such ideas are the core of Ahlensdorf’s forthcoming book, slated for 2019 publication. In it, he posits that the most effective leaders are those who aim not to command, but to serve. True leaders, Ahlensdorf argues, give constructive feedback over criticism, and choose words carefully, rather than reflexively. 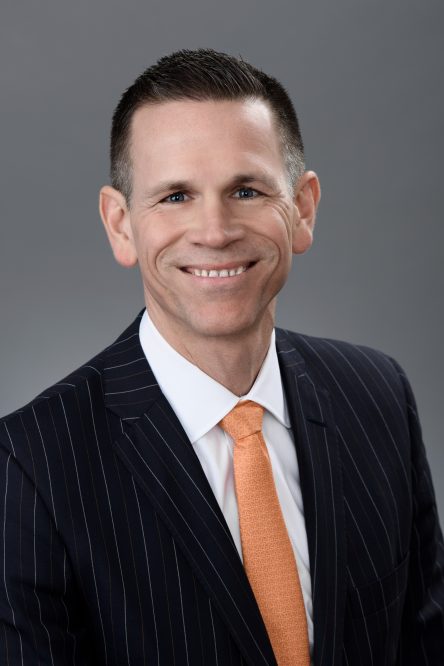 Beyond being the topic of his writing, these are also ideas Ahlensdorf championed during his five years at SVS, which works with mortgage loan servicers, hedge funds, Wall Street firms and other financial institutions to offer nationwide residential and commercial BPOs, evaluations and inspections.

As the company’s president, Ahlensdorf figures prominently in matters of sales, strategy, personnel and client relations. On a deeper level, he’s become the kind of CEO, where the E stands for something other than “executive.”

“Empowerment,” he says. “A big part of my job is to empower people to take responsibility for their work, their role, their own humanity. We’ve all had bosses that didn’t bring out the best in us, that didn’t care about teaching us to believe in ourselves. I see it as part of my mission to change that dynamic.”

According to Ahlensdorf, the most important currency a company has isn’t money or cutting-edge technology, but human energy.

You can think of human energy as the nonverbal cues another person communicates. If a potential client sounds distracted or distressed, for instance, learning how to deftly channel that energy can mean the difference between closing the sale and coming up empty, he says. 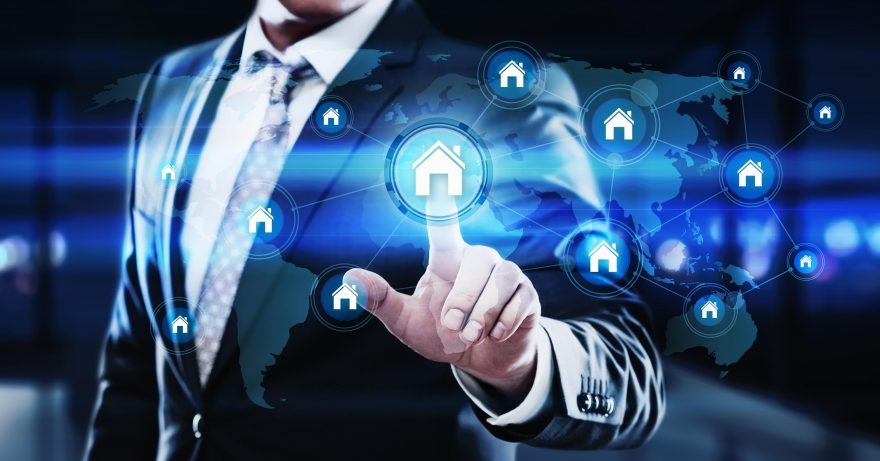 “It’s really about being respectful and managing the process without acting like you’re in control—because people pick up on that,” Ahlensdorf explains. “If there’s positive energy coming from the other end, you have to know how to let it manifest itself. If it’s negative energy, you almost treat it like an expert martial artist, harnessing it and using it to your advantage.”

Even in areas of the business where technology reigns supreme, the right communication—what Ahlensdorf calls “the human touch”—can be critical.

Take the property valuation process. When SVS evaluates a property, it often uses comparable assets to explain its figures. If a client takes issue with a comparison—say because the two properties are located two towns apart—the team makes sure there is an accompanying “story” explaining the assessment.

“You can have all the analytics and software you want; if you can’t defend your numbers in a convincing way, it doesn’t matter,” Ahlensdorf says. “Even if it’s a two sentence explanation, our human touch allows clients to understand the logic behind the final report.

According to Ahlensdorf, the firm’s ability to reduce the number of questionable files relating to a property valuation has garnered them high praise from clients.

In addition, the firm’s partners—primarily brokers and dealers—have helped give SVS a national presence.

“We focus on ensuring our work colleagues feel like part of the team, even though they are independent contractors,” Ahlensdorf explains. “Working with this many remote partners can be challenging. Mutual respect goes a long way to bridge that gap.

More broadly, Ahlensdorf has worked to foster an environment where self-care isn’t just given lip-service, but is actively encouraged. If he discovers a salesperson has been “chained to their desk” nine hours a day, Ahlensdorf will embolden them to take a step back.

He’s an advocate for meditation, a practice he says changed his life when he discovered it in 2014, and has served as a mentor and career coach for numerous SVS employees.

“To me, it’s about believing we aren’t just biological beings; we’re energetic beings,” Ahlensdorf says. “You can drive yourself crazy worrying about checking off tasks or cleaning up, and that energy precedes you—people pick up on it. People who feel confident and empowered, however, bring a whole different energy. That’s what I’m trying to cultivate.”

And not only within SVS. Ahlensdorf has long been an active in the Oak Creek, Wisconsin, community, working with both kids and adults. In addition to fostering an inclusive community, Ahlensdorf runs his own wellness consultancy, an experience he credits for inspiring what would become his corporate philosophy.

Along the way, Ahlensdorf encountered his toughest student to date: himself.

The power of empowerment

In October 2017, SVS was acquired by The William Fall Group, a national real estate appraisal firm based in Toledo, Ohio. At first, Ahlensdorf wondered how his role might be affected. Heeding his own well-worn advice, Ahlensdorf went back to basics. He wrote. He meditated. More importantly, he reminded himself how lucky he was to do the work he does—and know the people he knows.

“I’ve always been my toughest critic, as a lot of people are,” Ahlensdorf says. “But I remembered that the most important things I can bring—empathy, an open mind, encouragement—those don’t have to change.” 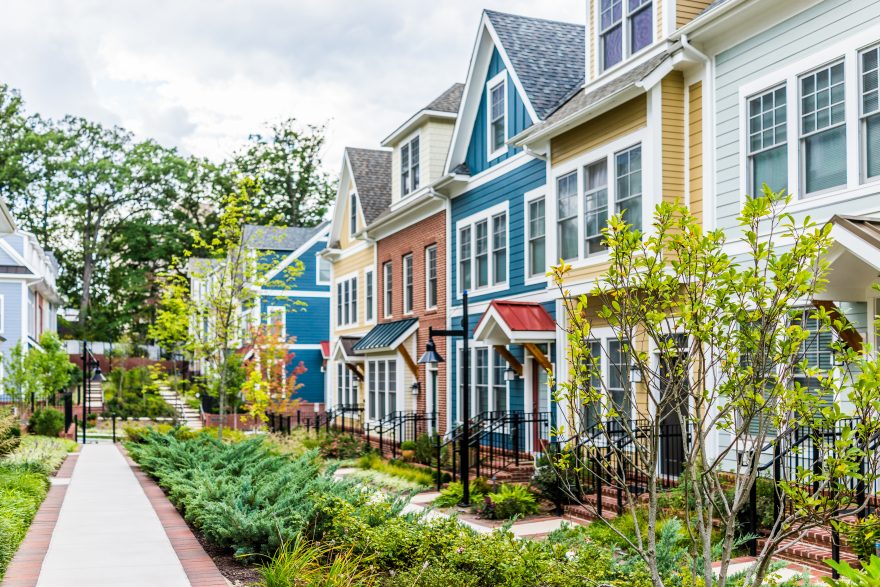 In the months that followed, Ahlensdorf helped secure several large clients, putting SVS on solid footing heading into 2019—though the scope and scale of the company’s work remains largely unchanged. The acquisition by The William Fall Group will prove to be instrumental in helping Summit achieve exponential growth in the years ahead.

Of course, it’s not the accomplishments or accolades that lend meaning to his title. It’s the chance to make a difference—be it in the boardroom or his own backyard.

“For me, it all comes back to empowerment,” Ahlensdorf says. “Once you realize you’re the one authoring your own story—how freeing is that? You’re not just pin-balling off other people’s words and actions. That message has resonated here, and I hope it will elsewhere, too.”