‘Get the darn cash’

Although Stone cautions that the reality of the investment finance industry is not this simple, he often recalls this advice, more than three decades later, as the CIO for Pentegra, a nationwide provider of retirement planning, fiduciary outsourcing and institutional investment solutions, primarily for financial consultants, community banks and credit unions. 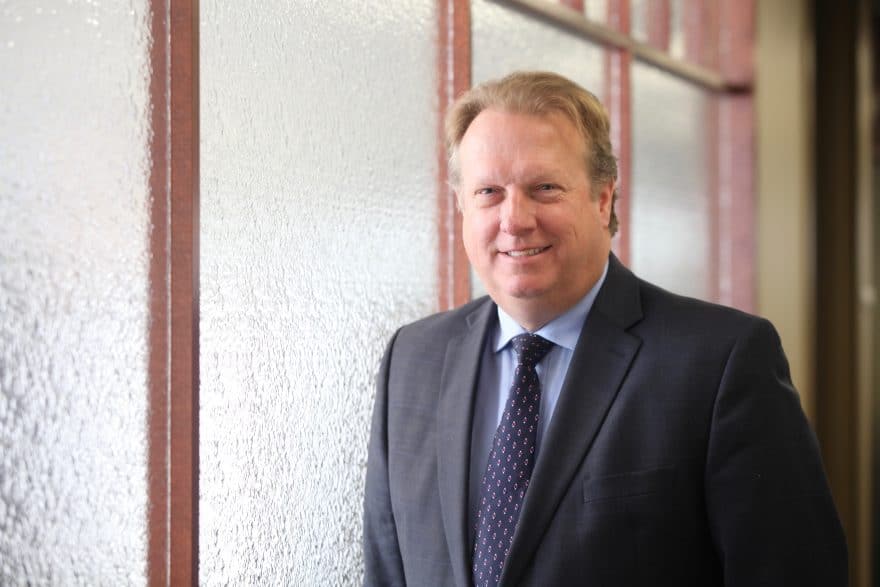 The consultants of Pentegra act as external CIOs, like Stone himself, and provide recommendations on where, when and how much to invest. In the industry, this is known as an outsourced CIO or OCIO service.

Stone is armed with a list of investment rules that guide all of his decisions, and he’s not afraid to tip his hand.

Stone is quick to clarify what “getting the cash” means, and it’s all about risk.

According to Pentegra (and Stone’s former professor), the greatest risk is not having enough cash available when you need it. On an individual level, an investor might need cash to pay living expenses, or a retiree might have monthly medical bills. Higher up the chain, larger clients, like pension funds and endowment foundations, might have an obligation to cut regular checks to beneficiaries.

These are the most pressing needs, and they should be the focus, Stone says. “We start with that and we don’t forget it.”

All too often, he explains, clients focus solely on the eventual returns on their investments, and not the associated risks. This is a common strategy, even among veteran financial planners, but Stone says it’s completely backward.

“You have to focus on the risks that you’re willing to take, not the returns that you think you need,” he says.

Once these funds are secured—usually through bonds, loans, stocks or other fixed-income investments—whatever is left can then be used to grow the value of the portfolio.

“This way of doing things has produced really good risk-adjusted results for the last five, 10 and 20 years,” says Stone, noting that Pentegra is approaching $13 billion in assets.

Major financial crises can be worrisome—like the 2008 global financial crisis, the 2001 bursting of the dot-com bubble or the savings and loan crises of the 1980s and 1990s—but keeping a level head is invaluable in finance, according to another one of the CIO’s rules.

“Never let yourself become a forced seller or a forced buyer,” Stone advises, arguing that the worst decisions people make are based on fear, desperation or some other emotion.

Not only do emotion-based actions tend to be shortsighted, he explains, they often cause clients to miss a more dangerous threat.

An explanation: One of Stone’s favorite photos shows a hunter on safari, standing on top of a jeep, gazing off into the distance through a pair of binoculars. What he can’t see through those lenses is the hungry lion standing right behind him. 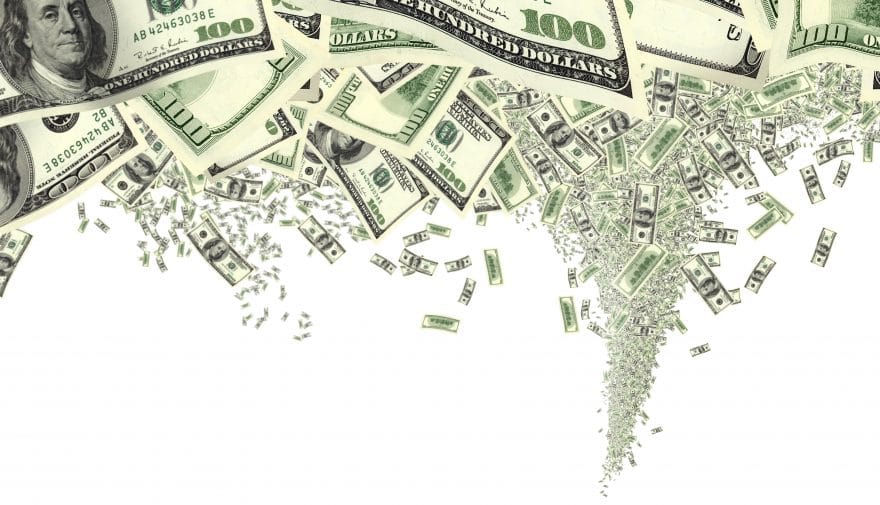 “The biggest risk investors take is the one they’ve overlooked,” Stone says. “We ensure that the emotion doesn’t take over the cognitive process of either the client or the manager.”

As an OCIO, Pentegra also protects its clients by sending employees to meet with the potential financial managers before enlisting their services. “We go, ask questions, actually inspect files, and make sure the proper controls are in place,” Stone says.

At one point in his conversation with Vision, Stone rattled off numerous rules in a row, most of which are self-explanatory, he says, but all-too-often forgotten. Among them: “Take when the market gives, but be prepared when the market takes. Reality sets in eventually. Following the herd will lead to the slaughterhouse. Don’t ask the butcher if red meat is good for you.”

He also likes to use an Einstein quote to sum up the origin of most of his wisdom: “Imagination is more important than knowledge.” Although it may have meant something different to the theoretical physicist, Stone interprets it as a caution to always picture every possible outcome of a decision—good or bad—before making a recommendation.

Of course, nobody is perfect in this volatile industry, and even the best of the best still make mistakes.

To illustrate this point, Stone cites golfers like Tiger Woods, Phil Mickelson and Jordan Spieth—who, despite being among the best players in the game at various times, still shank the occasional ball into a sand trap or water hazard.

“Understand that you’re not going to make every decision right,” Stone says. “And even if you do, the fates might be against you.”

Stone has spent the last six years of his career managing pensions at Pentegra, which was founded by the Federal Home Loan Bank System in 1943, and since it is not owned by a larger financial services organization, mutual fund or insurance company—doesn’t answer to any shareholders.

“Nobody else can really say that,” he says.

He also says Pentegra is uniquely positioned in comparison to its competitors, as it has enough capital to make the big deals and buy in bulk, but also has the ability and agility to handle smaller investments.

“We were built to service small organizations and we’ve never forgotten that,” he says. “As big as we’re getting, that’s still our core business—serving small and medium-sized institutional clients in the banking and financial services industries.”

Of course, Pentegra’s customers are the ones who actually benefit from this advice, and Stone has the statistics to prove it—client retention rates currently sit between 98 and 99 percent. 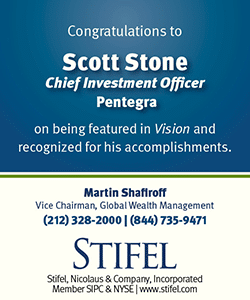