Best friends Shan and Peter team up to problem-solve for Edelman, the world’s largest PR firm

“At this point, we can read each other’s minds,” says attorney Shan Bhati of her co-counsel Peter Petros.

The two attorneys may not have super powers, but after 11 years of working together to build the legal department of the world’s largest public relations firm, Bhati and Petros have formed a partnership that’s unique in its closeness, efficiency and impact.

As co-general counsel, Bhati and Petros handle a boggling array of legal tasks for Edelman, a communications marketing firm co-headquartered in New York and Chicago but with offices throughout North America, as well as Asia, the Middle East, Europe and South America.

Though it began in 1952 as a public relations firm when Dan Edelman established it with three employees, Edelman has transcended its original industry and now considers itself a communications marketing firm. Bhati says Edelman CEO, Richard Edelman envisions a firm that balances resonant story-telling with rigorous analytics to help organizations evolve, promote and protect their brands.

“We want to be the one-stop shop for our clients. We can help them with anything from a crisis to a product launch,” says Petros.

Jacks of all trades

So where do attorneys, who are known for their caution and, deliberation, fit in at a fast-paced, communications marketing firm that thrives on entrepreneurialism?

“We do everything from intellectual property law, to employment, to general and commercial law—everything.”

In the case of Bhati and Petros, their curiosity and love of problem-solving, not just their acuity as lawyers, allows them to work well with clients in a variety of industries—each of which has its own regulations.

Because their field is broad and constantly changing, Bhati and Petros must have a working knowledge of many different fields of law.

“We do everything from intellectual property law, to employment, to general and commercial law—everything,” Bhati says. Petros adds, “A large part of what we do is just general, sound legal and business consulting.”

In one case, Petros remembers a client that was planning a large and unusually complicated public event to launch a product. The client had already fired one agency that couldn’t pull off the event, before approaching Edelman to hold it in two days. Though Petros initially fielded the call, he says he immediately realized he would need to partner with Bhati.

The two attorneys met and mapped out a plan to handle the litany of legal documents needed to make the event work. They negotiated a contract with the spokesperson—who would be rappelling into the event from a helicopter—coordinated agreements with the drivers and caterers, contacted the city for the necessary permits, considered  insurance coverage, and sent out releases for people who were going to be filmed during the event. Forty-eight hours later, all the legal issues were settled and the event ran without a hitch.

Bhati says, “there was no class in law school that could have prepared us for the zaniness of some of these issues.” Petros adds, “in order to tackle these issues swiftly, we must work collaboratively.”

Staying sane through collaboration and friendship

What helps Bhati and Petros the most isn’t their knowledge of the law, but how well they combine their skills and personalities into a single force that can do everything from explaining the legal risks of using Twitter to clients, to advising on privacy and security policies for the firm’s offices abroad. 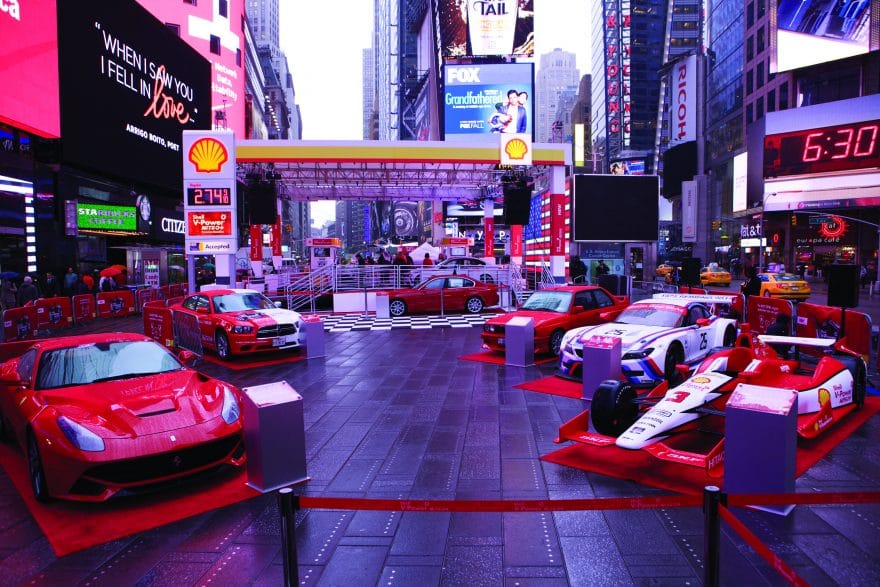 Petros says he’s amazed by how swiftly Bhati thinks and works. “I’ve never met a quicker thinker than Shan,” he says. Bhati appreciates Petros’s more reflective approach because, she says, “he can look at problems and see solutions I didn’t see or didn’t focus on.”

Petros says their different backgrounds also shape how well they work together. Though the two attorneys met 14 years ago while working for Abbott Laboratories, a $20 billion dollar healthcare organization based in Chicago, they otherwise charted different courses with their careers. Petros served as a law clerk in the Antitrust Division of the U.S. Department of Justice and later in AT&T’s Law and Government Affairs Department. He says his experiences taught him volumes about the laws governing competition in the private sector, something he uses often at Edelman.

Early in her career Bhati worked at the Palo Alto office of a large law firm and specialized in working with tech companies to handle issues of intellectual property rights and commercial law. Between the two, they cover the gamut of legal services that clients require of Edelman—and that Edelmen requires internally.

Beyond just having complimentary skills and diverse backgrounds, Bhati and Petros thrive on collaboration. They constantly update each other on projects they’re handling and often meet to brainstorm.

“I know pretty much everything that’s going on in his world and he knows what’s going on in mine.” Bhati says. Petros adds, “The fact that we share and collaborate helps us to be able to provide seamless service to our clients when one of us is tied up on another matter.”

In many cases the moral support they offer one another is just as useful as the legal insight.

“We’re really best friends and who doesn’t want to work with your best friend? We handle incredibly complicated problems; if you’re doing it alone that’s just stressful, but if you and your best friend are dividing it up and talking it over, then it becomes fun.” – Bhati

“Most of the time I just want a sanity check. If something is particularly crazy I just want to go in and say ‘here’s what I’m doing, what am I missing?’” says Bhati.

While their jobs require them to work together, Bhati says she doesn’t just collaborate out of necessity, but because she genuinely enjoys working with Petros.

“We’re really best friends and who doesn’t want to work with your best friend?” Bhati says. “We handle incredibly complicated problems; if you’re doing it alone that’s just stressful, but if you and your best friend are dividing it up and talking it over, then it becomes fun.”

Taking a seat at the table

Bhati and Petros believe they are similar in the sense that they are problem solvers; when hiring new members to their legal team, they look for this quality.

“We don’t need someone who’s going to come up with 10 reasons why they can’t do something. We need people who can think on their feet and explain complex legal concepts to junior account executives up to our senior leaders,” says Bhati.

Their philosophy has been successful—the legal department at Edelman has grown from a two-person team, when Bhati and Petros joined, to a department with six lawyers, several contract specialists, a compliance group, a business affairs group, a project manager and executive administrator.

To handle the volume of projects that come into Edelman, the pair also works with outside counsel.  Andrea Freidman of Freidman Law Group says Bhati and Petros never micromanage the projects her firm handles, but are always supportive when Friedman needs to consult with them on decisions that might affect Edelman’s business interests.

“Shan and Peter always have the business in mind,” Friedman says. “They’re approach is to ask how do we help the business team revise what they’re doing to achieve their goals, while keeping the legal solution as simple as possible.”

Both Bhati and Petros have seen their responsibilities grow in the last 11 years. They say they are regularly consulted by senior leadership on major decisions, though that took many years of hard work and trust building.

“It’s a fundamental shift from where we were when we started. When we started, it was sink or swim and we swam like hell. Now, we’re involved in corporate strategy and operations,” Bhati says. Petros adds: “We’re being called upon for so much more than legal advice now. It’s an exhilarating experience.”

Just as they’ve built a close relationship with each other, Petros and Bhati say they feel supported and cared for by senior leadership at a level they’ve never before experienced.

“The founder, Dan Edelman, would stop in our office just to tell us to keep being brave and making a difference in the company,” Petros says.

Bhati experienced a family tragedy several years ago and was out of work for six weeks. When Richard Edelman called her at home, she briefly wondered if her boss would demand she come back into the office. Instead, he told her, “whatever you need to do, however long you need to take, you take it—your job will be here.”