From wrong application to perfect career

In a way, Sofia Almeida Montero’s career started with a lie—however white and well-intentioned. When she was 18, Almeida arrived at what would be her “alma mater” to take what she thought was a pre-university political science test. After notching one of the highest scores in her class, Almeida soon discovered she’d instead been enrolled in Pontificia Universidad Católica del Ecuador’s law curriculum.

Confused but undeterred, Almeida excelled, laying the foundation for what would become an illustrious legal career. It was only years later that Almeidas’ father, shortly before passing away, confided in Sofia a long-held secret: He’d switched her test application. Because, he said, he knew she would make an amazing lawyer.

Some things, it seems, are meant to be.

“Looking back, I can’t imagine myself doing anything else,” Almeida says. “Some of the skills were similar between political science and law, but what I really loved was the different possibilities law gave me. I felt like I could go anywhere and do anything.” 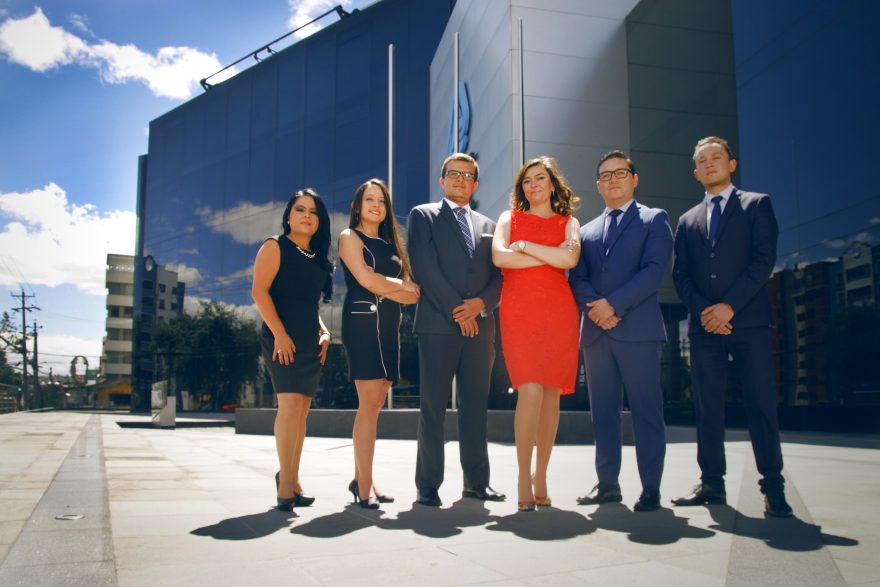 Now, as general counsel (GC) for QBE Seguros Colonial, the Ecuadorian subsidiary of Australia’s largest global insurer, Almeida’s trajectory continues tracking upward. And with a purview that includes a litany of regulatory and compliance matters, it’s a challenging one to boot.

Indeed, the GC title actually encompasses two roles: In addition to heading QBE’s legal department, Almeida also oversees the subsidiary’s compliance protocols. In an industry as heavily regulated as insurance, such efforts are critical to avoid potentially crippling fines from regulators, including the Superintendency of Companies, Securities and Insurance; Unit of Financial and Economic Analysis; and other Ecuadorian authorities.

“In Ecuador, the culture of compliance hasn’t always been strong,” Almeida says. “We work very hard to create a culture of compliance here at QBE Seguros Colonial, where everyone knows the rules and can come to us if they have any questions or concerns. We know that doing things correctly is very different from doing the right things.” 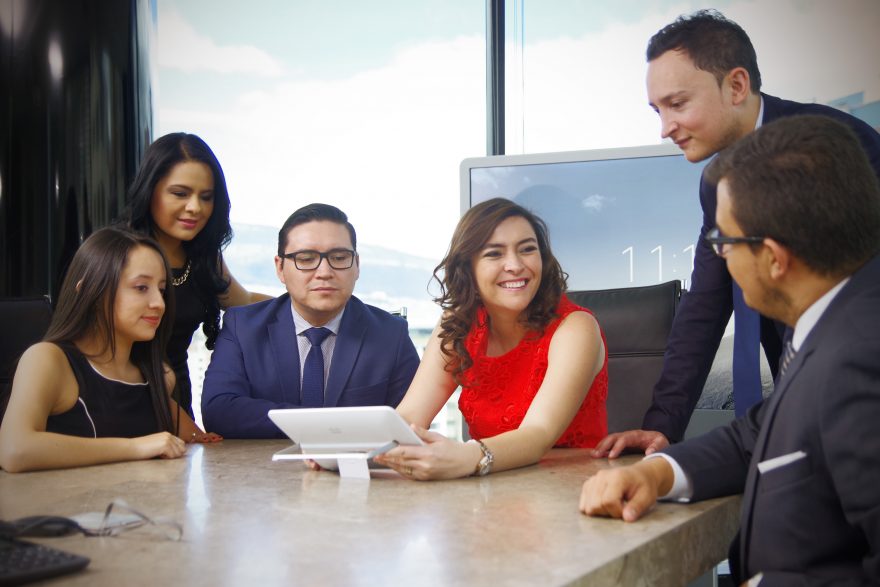 To reinforce the company’s posture, Almeida has enlisted in industry associations like the Ecuadorian Federation of Insurance Companies (FEDESEG). Through regular conferences and meetings, she, along with other member organizations, can exchange best practices on how to deal with changes to insurance laws.

Compliance has become equally pressing on the data and cybersecurity fronts. In the absence of any comprehensive data law—an area she says is now being developed in Ecuador—Almeida and her team have worked closely with the company’s data security team to develop internal policies concerning everything from employee background checks to programs designed to safeguard against hacking and phishing attempts.

“Because we have so many business lines relating to different insurance products, our database is very big,” Almeida explains. “While our government is considering law to protect personal data for the first time, we’ve tried to be proactive long before.”

Since taking over QBE’s legal department in 2012, Almeida’s primary role has been to strengthen the company from the inside. Sometimes, however, it’s the external forces that dominate her bandwidth. 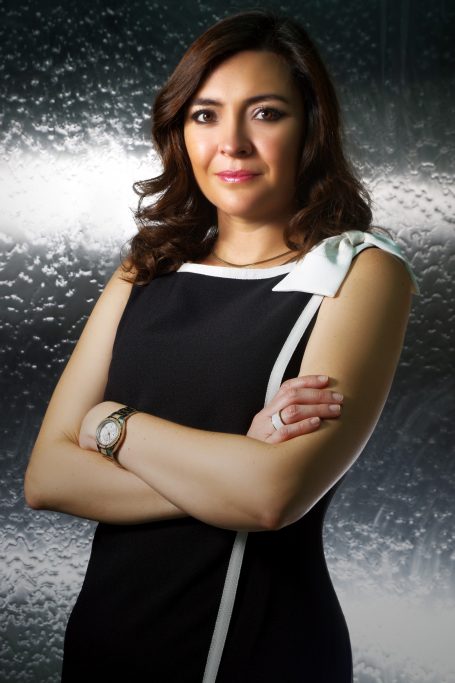 Following the announcement, Almeida and her team have worked to lessen the often-traumatic impact of such a transaction: updating legal documents, notifying vendors and doing everything to ensure the company’s employees are protected and to keep all of them in “business as usual” mode.

“It’s always difficult when your company is the one being acquired,” Almeida confides. “So it’s very important that we communicate with all departments, personnel and authorities to make the transition a smooth one.”

Doing so, she says, has required an equally creative approach to organizational change: viewing the transition not as something to fear, but a genuine learning opportunity.

“You have to accept that, on a journey like this, you can always correct and improve,” Almeida explains. “That can be difficult to accept for a lawyer. You have to transmit a sense of security and trust to your team and continually be a positive influence.”

Taken together, Almeida says that navigating the nuances of the acquisition has proven to be one of the biggest challenges of her career. Still, the trials aren’t without their triumphs: In 2016, she was named one of QBE’s top-10 leaders in Latin America, through a program built to celebrate employees who consistently demonstrate the values of organization.

For Almeida, the honor was both personal and political, a testament to a lifetime of hard work. Not only for her own success, but also for the success of others.

Growing up in the Ecuadorian capital of Quito, Almeida displayed an early interest in issues of politics and social justice. By the end of high school, Almeida was dead set on a career in political science. That is, until fate—or, more accurately, her father—intervened.

“He always said I would make a great lawyer,” Almeida recalls. “Sometimes parents see things in you that you’re not ready to see.” 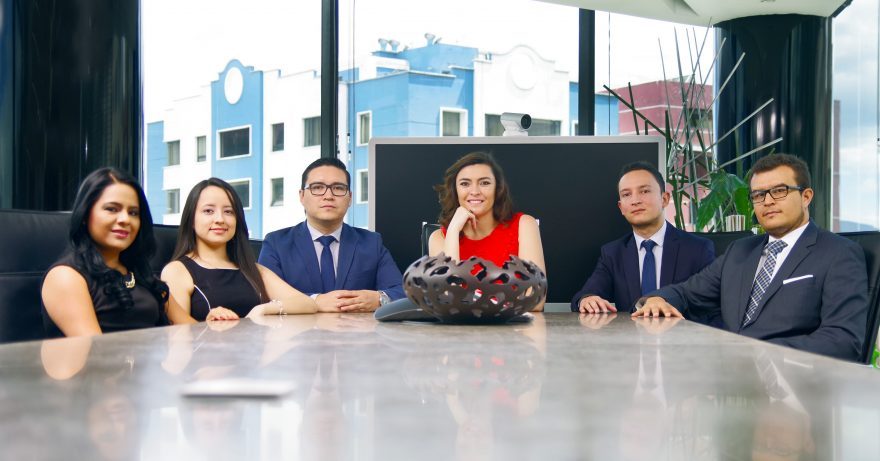 In 2000, during her second year at university, Almeida joined the law firm of Fabara Abogados, where she worked on issues ranging from immigration to corporate mergers and acquisitions to real-estate contracts—much of which she did on behalf of QBE Seguros, one of the firm’s principal clients. When the company started looking for a new legal director in 2012, Almeida’s name was included in the list of candidates.

Today, her purview includes everything from managing customer-service strategy to higher-order matters of business development. She’s even using her position to affect positive change far beyond the company’s walls, helping raise money for FINESEC, a foundation dedicated to providing improved resources to people with mental disabilities.

“I think as you grow into your career and achieve a degree of success, it’s important that you give back,” Almeida says. “I’m just as proud of the work that I do outside the company as the work I do inside.” 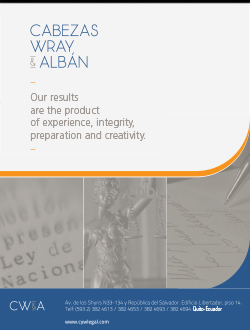 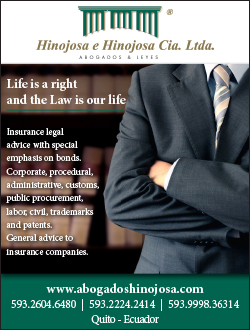 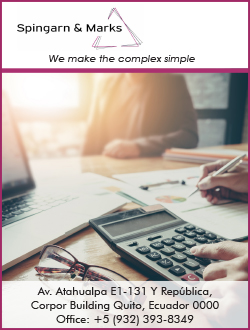 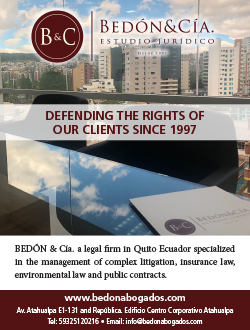