Ever candid and on the money

Tom Masthay doesn’t necessarily agree that the financial industry deserves the public’s suspicion, but can understand from where it comes. After all, high finance—heck, even low finance—isn’t a subject readily comprehended by the masses, and the folks in charge sometimes seem to want it that way.

But as director of real assets for the Texas Municipal Retirement System, which covers employees and retirees of more than 850 of the Lone Star State’s cities and towns, Masthay at the very least would like to make the process more transparent. 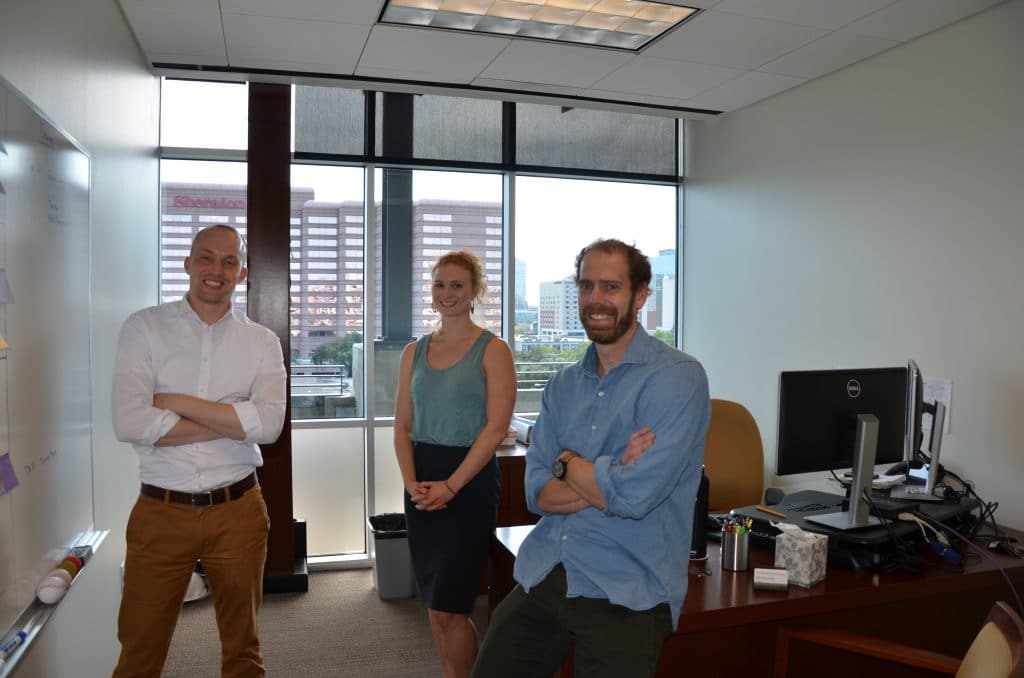 “The financial industry, in general, uses obfuscation of information as a business model,” says the affable 33-year-old, with the trademark levity that sets him apart from others in his profession.

“I hope to contribute to taking away some of those shades of gray and help everyone know what’s going on and get better investment outcomes. That’s what’s most important; all the rest is just part of the game.”

His overall game has been solid since moving to Austin in early 2015 to undertake Texas’ public-pension responsibilities, after serving a few months as an investment analyst for NextEra Energy Inc. of Juno Beach, Florida. Masthay’s been covering all the bases, and that includes translating the jargon, keeping transactions reasonably simple and selecting money managers who fit the mission’s culture.

The wonkish-sounding Center for State and Local Government Excellence (CSLGE) may not be an organization that most folks have heard of, but the Washington, D.C.-based nonpartisan nonprofit serves as an advocate of sorts for the public sector, monitoring such unsexy but critical functions as public pensions.

Lest anyone doubt the importance of that subject, they’d be well advised that floundering state and local governments are turning to taxpayers to fund retirement promises that weren’t always made with due consideration on their behalf. That seemed the case in Kentucky, where from 2009 to 2014, Masthay, one job removed from his graduating from the University of Kentucky with an MBA, was directing real assets for the Bluegrass State’s employees’ retirement system.

That was an eye-opener, he remembers. Not to mention a jaw-dropper. 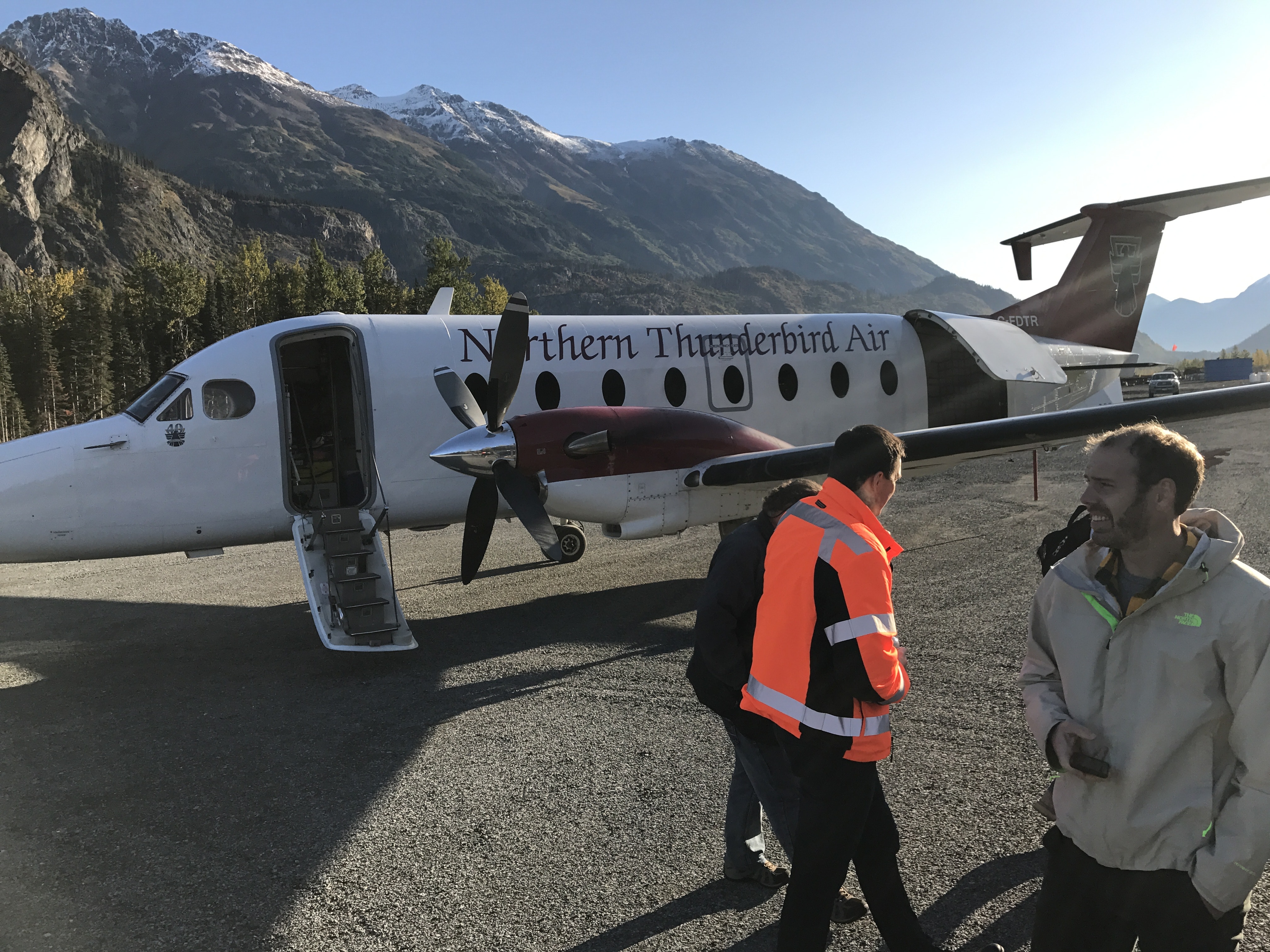 For not too many years earlier, Kentucky’s public pensions were seemingly healthy, and while no particular factor sent the system into a tailspin, lack of funding, poor market returns through multiple financial crises, and actuarial assumptions not being realized were just some of the causes. The problems only compounded, and last year the Kentucky legislature had to kick another $1.2 billion into the system, as well as establish a permanent pension fund.

A system up to par

In its April publication, the CSLGE wrote that there were a range of reasons why the Texas Municipal Retirement System is viewed in Texas  and nationwide as a model for pension reporting and transparency. Four in particular were:

The CSLGE noted that TMRS had $26 billion in assets under management, with a system-wide funding rate of 85 percent and a long history of openness with its members. Masthay adds that that funding rate is bolstered by the utilization of a 6.75 percent discount rate that’s substantially lower than that of most industry peers, which means the 85 percent would actually be understated were TMRS to use the accounting methodologies of most pension plans.

Masthay acknowledges that none of the above makes for scintillating reading for non-policy wonks, but for those whose business it is to sustain a viable pension system, the information is there.

And “those” really should be just about everybody who calls Texas home, since one way or another, they all have a stake in the process.

While TMRS deals in public pensions and benefits, its goal isn’t necessarily to score an immediate windfall. Ensuring long-term viability is the more important aim, and it’s one that Masthay knew he’d feel comfortable pursuing when he accepted the invite of T.J. Carson, his former Kentucky Retirement System boss who’s now TMRS’ chief investment officer, to join him in Austin.

Not that Masthay can do it alone, although when he came to Austin he may have felt that way, there being just 11 real estate and real return investment managers with around $1.7 billion in investment capital. Now those numbers are nearer 25 managers, 45 investment vehicles, and $4.5 billion in capital, with Masthay and his teammates leading the charge in selecting TMRS’ financial partners.

The financial world being hard for anyone to navigate on their own, Masthay looks for managers with an array of skills, self-awareness being among the most key personality traits. Masthay and his team go so far as to personality profile managers prior to hire. 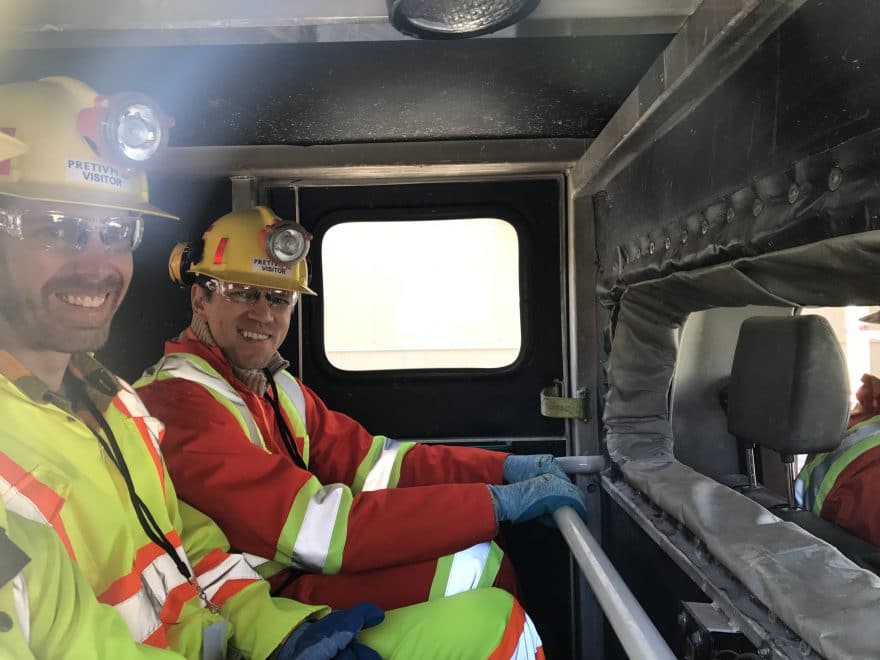 “There’s an element of egocentrism that is rampant in the industry, myself included,” muses Masthay, who can understand how managing what seems like a fortune can give anyone a swelled head.  “But through a process of consciously searching out uncomfortable truths in the way I and others make decisions, we can be better investors.”

Masthay is confident in the path set before him to be a better investor. First of all, perhaps, there’s predictable and stable funding behind the TMRS. It’s something of a hybrid plan that includes features of traditional defined benefit and defined contribution type plans. Each participating community determines and controls benefit levels that are covered by the employees and community contributions, and TMRS’ investment income. A governor-appointed unpaid board of six oversees TMRS and exercises fiduciary responsibility for investments.

Masthay applauds the checks and balances, and applies many of his own.

“I think I work in an industry where there’s an opportunity to be both well-compensated and provide ethical leadership simultaneously,” Masthay says. “Not all understand or see both sides of that coin, but my first hope is to make a better name for the financial industry.  Anything else is gravy.” 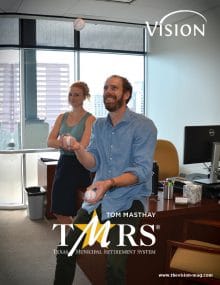 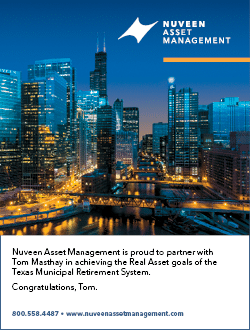 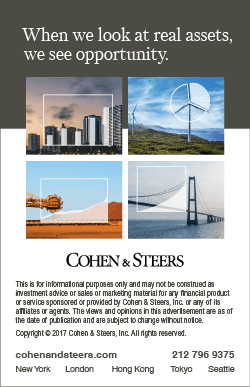