From optics to opportunity

In 1976, during her freshman year at Georgia’s Macon Junior College, Theresa Maldonado sat down for a meeting with her math professor. She can still picture the classroom, where the window was and how the light hit the floor at her feet. Mostly, though, she remembers the sinking feeling.

“The message was, ‘Women don’t belong in mathematics,’” Maldonado recalls. “I knew that was the prevailing attitude in the ‘70s, but to hear it like that? It was deflating. But I didn’t let it stop me.” 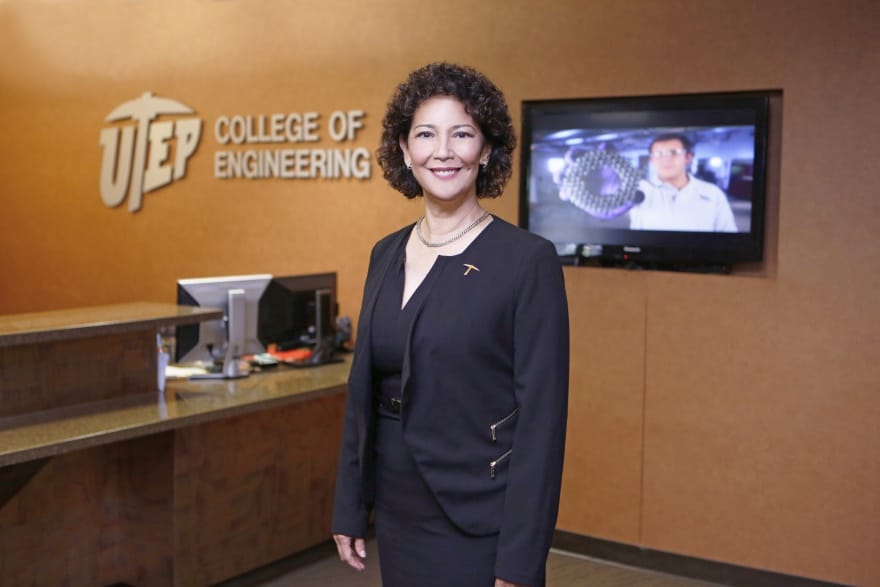 By the following year, Maldonado had so thoroughly busted her class’ grading curve—despite her full course load and 30-hour off-campus job—that this same professor brought her in for another conference. This time, he had another matter to discuss: getting Maldonado into the prestigious Georgia Institute of Technology.

“He finally conceded that, ‘Hmm, maybe she should try engineering,’” Maldonado recounts with a laugh. “Let’s just say the emotions that day were a bit different.”

When Maldonado was awarded the coveted Presidential Young Investigator grant from the National Science Foundation in 1991, she wrote a letter to her professor thanking him for his help years earlier. In his reply, the professor thanked her in turn—mostly for not listening to him.

Now, as the dean of engineering at the University of Texas at El Paso (UTEP)—the first Hispanic woman to hold the title—Maldonado is doing her part to empower the next generation of Latino engineers. Albeit with a slightly more progressive approach.

Following recent stints at the National Science Foundation and in university research—first as a special assistant to the CEO at Texas A&M Health Science Center, then as senior vice president for research at the University of Texas at Rio Grande Valley—Maldonado saw UTEP as a chance to return to her engineering roots.

More importantly, the role gave her a unique window into the challenges faced by today’s Hispanic engineering students. 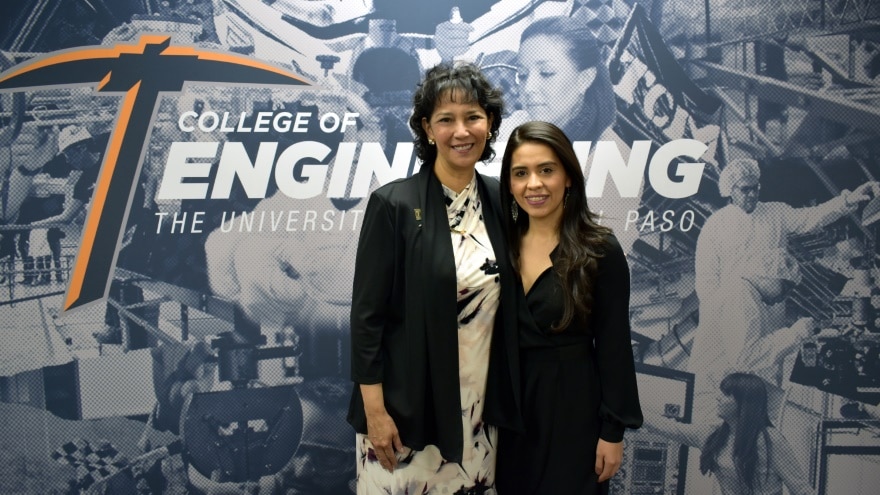 “We’re taking a hard look at the demographic shifts in engineering, and in the country more broadly,” Maldonado explains. “The big question we have to be asking is, ‘How are we preparing students—and that includes Hispanic students—for a 21st century economy?’”

Drawing on her experience at the National Science Foundation, where she served as division director of engineering education and centers from 2011 to 2014, Maldonado focuses on interdisciplinary research, student engagement, serving on graduate PhD committees, holding regular meetings with students, and so on.

More broadly, Maldonado is encouraging more cross-department collaboration. As an example, she cites a program she started at another university, where the fine arts department worked with the school of medicine to incorporate art therapy into treatments for post-traumatic stress disorder.

“The analogy I like to use is youth sports: when kids play different sports, they’re actually less prone to injury, because they’re exercising different muscle groups,” Maldonado explains. “Not only that, but they’re learning to navigate different team dynamics. We should be looking at university departments the same way, and it’s no different with engineering.”

The power of empowerment

Still, systemic challenges abound. While their graduation rates and enrollment have both increased, Hispanics still make up just six percent of the total STEM workforce—even as STEM employment has risen 79 percent since 1990.

Moreover, according to a 2012 study conducted by the Hispanic Association of Colleges and Universities, although Hispanic students are just as likely as whites to major in STEM subjects—science, technology, engineering, math—they’re significantly less likely to earn a degree or certificate in a STEM field.

“When you’re teaching this huge engineering class of over 100 students, it’s easy to forget you might have first-generation students,” Maldonado says. “Even if it’s just a few hours a week, taking that time to meet with our Hispanic students—to really encourage them in their pursuit of engineering—is so important.”

She’s advocated for numerous national organizations, having been a member of both the Society for Hispanic Professional Engineers (SHPE) and Latinos in Science and Engineering (MAES) since the 1990s, both of which feature formidable student chapters.

“The Hispanic demographic is exploding,” Maldonado says. “STEM is exploding. We have to figure out how to blend those trends.”

A path all her own

To say times have changed would be an understatement. The daughter of second-generation Mexican-Americans, Maldonado grew up at a time when Hispanic women accounted for less than 10 percent of all advanced engineering degrees.

Encouraged by her parents, Maldonado developed a knack for math and science—despite the occasional teacher trying to dissuade her. After graduating from Georgia Tech in 1982, Maldonado accepted a position at the famed AT&T Bell Laboratories, where she helped develop optical fiber-based technologies for the telecommunications industry. 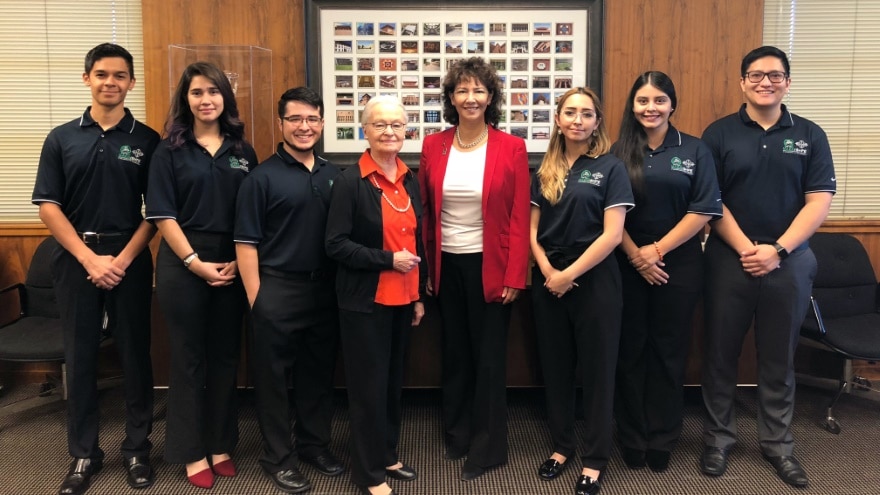 But it was in optics Maldonado found her true calling, beginning with a PhD from Georgia Tech in 1990, with which she launched her academic career.

“To know you were theorizing on things that could yield real, beneficial knowledge and inventions: that was really empowering,” says Maldonado, who explored how certain chemicals and materials, assembled in unique ways in the lab, react to light.

Maldonado took a two-year leave of absence from her academic position in 1999 to join the National Science Foundation (NSF) as a program director, where she contributed to developing national programs from nanoscale science and engineering to advocating for women in STEM academic careers.

She then returned to academia, where—save for a return to the NSF from 2011 to 2014, this time in engineering management—she’s remained ever since.

And yet, it’s the seemingly smaller rewards—faculty research that makes a national splash; letters from students thanking her—that elicit the greatest pride.

“We’ve made a lot of progress, both in terms of women in engineering and Hispanics in engineering, and it’s important we not lose sight of that,” Maldonado says. “But there’s still so much work to be done. I’m beyond excited to help this university play its part.”