Committed to client and community

In the run-up to last Thanksgiving, the several hundred clients of Minneapolis-based Advanced Wealth Management Group (AWMG) got greeting cards from the firm they’ve long entrusted to guide their financial futures and plan their retirements.

Only the cards were about more than just the usual good wishes. Recipients were given the choice of designating one of three charities—Alzheimer’s Association, YouthLink or American Red Cross Hurricane Relief—for a donation from AWMG. 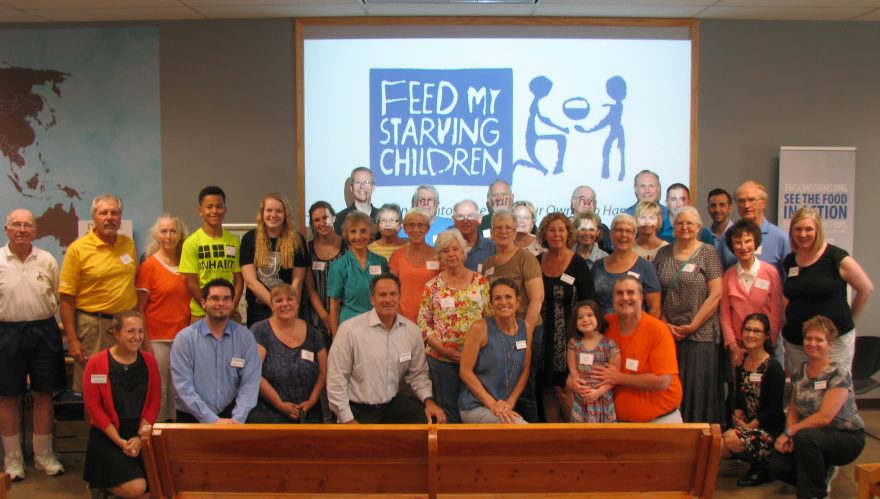 “We believe the best way to thank you for the opportunity to be of service to you, is by helping to improve the communities with meaning and purpose that coincides with our values,” the card explained.

At AWMG, such a goodwill gesture is an annual event, Principal Thomas A. Winkels tells Vision in July. Sometime soon he, fellow principal John J. Karpinsky and the eight other members of the firm will float ideas for the three charities to be chosen for the upcoming Thanksgiving greetings.

“Part of our goal is to help our clients be informed about the charities,” Winkels says. “We try to bring the lesser-known, local charities into the picture and spread the word how they, too, are impacting society in a positive way.”

After all, everyone’s heard of the Alzheimer’s Association and the Red Cross and the good work they do. But just as worthy, though lesser known, may be YouthLink, which for the past 40 years has been providing basic services, and then some, for homeless young people throughout Minnesota’s Twin Cities. A last line of defense, in many cases, for some of society’s most vulnerable.

Thanks to AWMG, awareness has been raised for that critical need. Just as it’s likely to be raised for another local charity later this year.

The firm’s commitment to client and community alike isn’t limited to the Thanksgiving donations.

They may not be born carpenters, but all 10 AWMG members have acquired some kind of construction skill from involvement with the local chapter of Habitat for Humanity. On such days, the firm shuts down, and the staff is compensated for their efforts on behalf of the folks who soon will have a much deserved home. 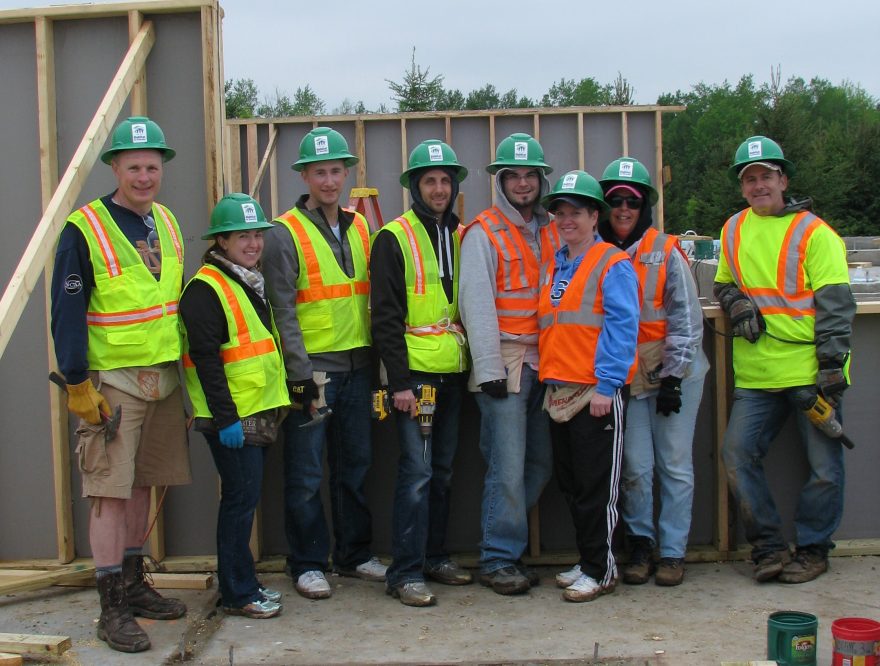 The firm also supports Feed My Starving Children, a Christian nonprofit that since its 1987 founding in Coon Rapids, Minnesota, has been distributing food to more than 70 challenged nations. AWMG’s endeavors extend to the area’s Ronald McDonald House and Second Harvest Heartland, a Minneapolis-St. Paul food bank.

“We value this world,” Winkels says, adding that the principle of the common good is the firm’s ideological foundation. “We value people that we encounter every day, whether they are of tremendous wealth or in incredible need. We have a role on earth and that role is to be servants.”

Of course, this kind of community commitment might not be possible if AWMG were not successful in the business part of the operation. The firm is able to serve 350 to 400 clients nationally and add annual increments of 10 to 20, while still providing the personal interaction in which it takes such pride.

While the bulk of the clientele can be described as high net worth, they’re not necessarily ultra-wealthy, and Winkels and Karpinsky warn that even a fortune can wane in one’s sunset years. Taxes and high health care costs can accrue, as may the need for assisted living and the passing of intergenerational wealth.

“The core business of wealth coaching is what we do and what we do best,” says Winkels, a CERTIFIED FINANCIAL PLANNER™ practitioner also securities registered and life, health, property and casualty insurance licensed. “You can’t manage your wealth plans and investments well unless you have a coach, and that’s what we see as our differentiator.”

Just as AWMG takes a servant-first approach with community, it does so with its clients, the process getting underway with an extensive discovery in which the goals and the means to help achieve them can be outlined. Though well-to-do professionals and corporate executives are included among the clientele, success in one endeavor doesn’t necessarily mean acumen in wealth management. Most everyone can use at least a little coaching in the often-times confusing investment world, the principals emphasize.

While AWMG’s clientele is diverse as far as age goes, many seemed to hold off on planning their financial futures until middle age. While it’s never too late, the principals advise that making up for lost time can be a challenge.

“It’s no once-size-fits-all approach,” Karpinsky is quick to say. “Other firms just have a boilerplate or turnkey clients. We need to know their values and what makes them tick.”

That said, Winkels and Karpinsky like to think their clients share the values espoused by the firm they founded in 1993 after garnering investment and wealth-management experience elsewhere. It’s a sentiment strengthened every time they cross paths at a Habitat for Humanity site or while packaging food for hunger relief in Minnesota or abroad.

Their gratitude will be expressed in this season’s Thanksgiving cards that will likely be followed by further correspondence from the recipient charities to AWMG clients.

“Most of the charities send a letter of thanks to the clients, even though our firm actually made the gift, but that’s OK with us,” Karpinsky says. “We want our clients to feel good about a cause being enhanced in their behalf.” 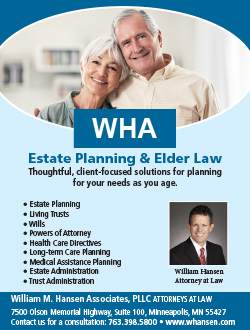