An ever-crowded field for a high-stakes game

It was a game-changer, for sure. Last May’s Murphy vs. NCAA case in which the Supreme Court by a 6-3 vote left it up to the states to decide whether they would join Nevada, Delaware, Oregon and Montana in legalizing sports betting and dealing with its ramifications.

Could be a sizable pot of money with multiple hands reaching for it. Each year it’s estimated—very unreliably—that Americans wage $150 billion on games. That figure would seem to be growing. 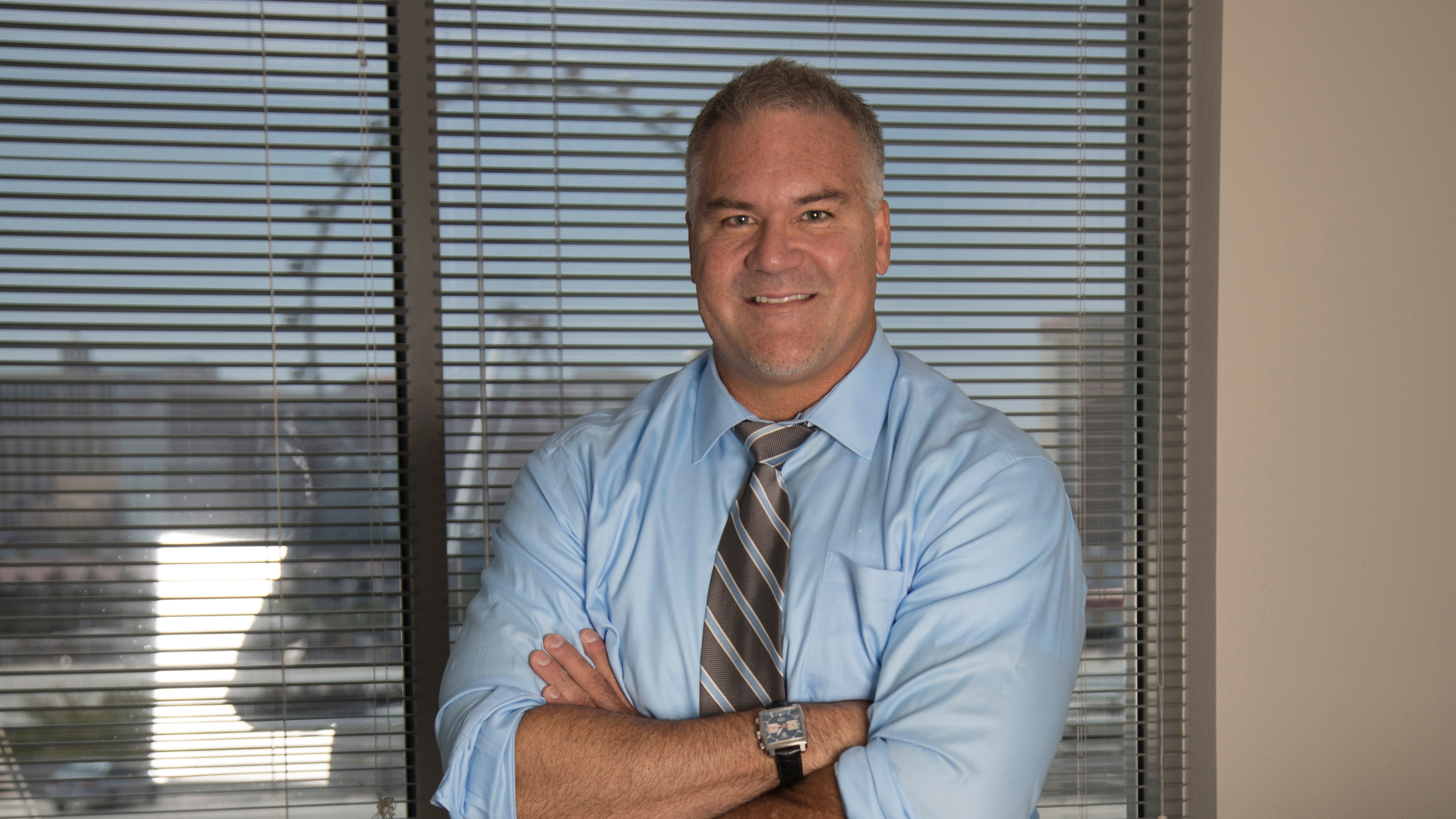 When Vanguard spoke, in recent months, to three lawyers well-versed in the sports industry, we got some very interesting observations.

Could be widespread legalization is the practical approach, since gaming has been going on since the dawn of sports time. Professional and college leagues might seek a so-called “integrity fee” from the wagering. College athletes may have a stronger argument for pay-for-play. The physical safety and online privacy rights of players become bigger concerns. And keep an eye on equipment managers as well.

Whatever legislative and regulatory solutions come down the pike, one thing is certain. This ain’t beanbag.

Back in the game

In Las Vegas, Todd McTavish, the former general counsel of the online NYX Gaming Group, was meeting with foreign gaming companies that may need assistance in penetrating U.S. markets. His previous employer had been acquired last year by another industry giant, Scientific Games, which had reason aplenty to be bullish on its $631 million acquisition.

Though he doesn’t place bets on games himself, McTavish is also bullish about opportunities to cash in from those who do. He wants to be the legal boss of a new organization in Sin City, where legal wagering began.

For something else is beginning.

“Legal liberalization is just the first step in a larger process,” says McTavish, who expects the industry to grow and further consolidate in the manner of Scientific Games and NYX. “We’re on the ground floor of a huge cultural change. If you’re a general counsel in this industry, it’s hard to imagine anything more exciting.”

With that excitement comes some much overdue transparency that could make more people comfortable with the idea of betting on games, he says. Would-be bettors have long had reason to be suspicious about the process, especially if their contact was a bookie.

But look at horse racing, McTavish says; ever since some well-documented scandals, the tracks have been meticulously supervised—jockeys and horses alike subject to drug-testing, security guards in the stalls, and photo finishes going on the internet. Widespread legalization of betting in the other sports should at least mitigate the chances of something not being on the up and up.

“When it’s not above the table, there’s no transparency,” says the Touro College law grad with a master’s in corporate finance law from Fordham University. “No one knows how much was bet on one team instead of the other. Now you’ll see the lines moving while having access to more data. You’ll also see a shift in which more people will just see gaming as another form of entertainment.”

Too much transparency, however, presents its own problems. So warns Casey Schwab, the vice president of business and legal affairs for NFL Players Inc., the for-profit arm of the NFL Players Association.

In an address this past summer in Cleveland, before the National Council of Legislators from Gaming States, Schwab beckoned all sports leagues to take into account what may be at stake for players—their privacy, medical records, biometric data and public perception.

“The most sophisticated gamblers are aware of its importance and will try to get it,” says the USC law grad. “It’s got to be protected.”

Schwab also has to be familiar with legal albeit unethical ways that teams have tried to affect the outcome of games. Sports lore is rife with allegations of teams painting the other one’s dressing room before the playoffs, tampering with the HVAC or showers, having friends at airport customs cause delays, providing female company to an opposing superstar and, of course, under-inflating footballs and corking bats.

Might there be greater incentive to do any or all of the above? 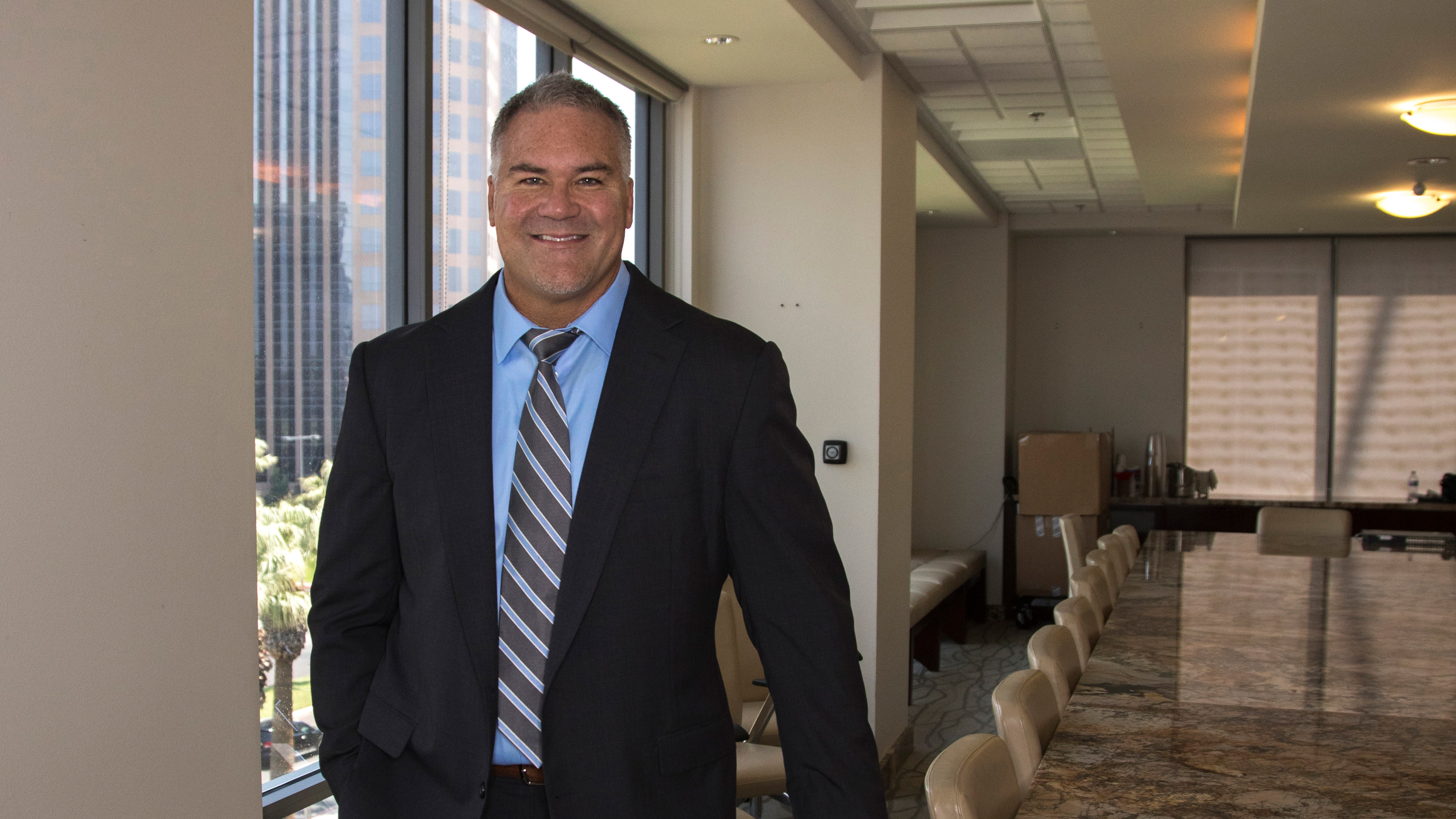 Well, the NBA has floated the idea of the integrity fee—a 1 percent charge of what’s bet on games, the proceeds of which would supposedly go toward ensuring everyone plays fair. One has to believe the other leagues would follow suit. Those without the NBA’s high profile might have incentive to encourage even more betting in order to increase that integrity fee—integrity, after all, being priceless.

Down in Dallas, Kelvin Smith—the Harvard Law grad who’s general counsel for the NCAA’s Big 12 Conference, notes the popularity of college sports has never been greater, and should legalized gambling further enhance the coffers, student-athletes could likewise enhance their argument for compensation beyond tuition, room and board.

“Proponents of a pay-for-play system argue that there is a great disparity between what the NCAA takes in and the value of the scholarships student-athletes receive—a position I, of course, disagree with,” he says.

And as far as that integrity fee is concerned, Smith wonders just who would lay claim to it. The schools? The individual conferences, some of which—the Big 12 among them—draw more attention than others? The NCAA itself?

Who makes the call?

As to who makes the call on these issues and more, McTavish isn’t the first to see parallels between the previous illegality of sports gaming and the failed experiment of Prohibition that so factored in the expansion of organized crime. Legalizing, regulating and taxing alcoholic beverages of all kinds have at least brought some order to the madness.

Might the same hold true for sports betting? McTavish, for one, is willing to let it ride. He talks of how in Europe, it’s nothing for folks en route to the pub to drop the equivalent of $25 on a soccer match. Game fixes are extremely rare, and widespread illicit activities do not exist in regulated gaming markets.

Legislators, take note of undue fears, he says. In the booze industry, every state, as well as the District of Columbia and Puerto Rico, has its own laws, some of which restrict commerce without any empirical evidence of benefit. Many general counsels in this line of business will tell you these measures actually inhibit legitimate business.

What really is the benefit in making it illegal to purchase alcohol on Sundays in some places? What purpose does it serve to make it illegal to buy alcohol in one county and not the adjacent once? And why must beer, wine and spirits be regulated differently?

“Sometimes the people passing the regulations aren’t those with the expertise,” McTavish says from experience. “They can stifle a business in ways that it’ll just pull out of the jurisdiction, leaving the public with fewer choices.”

That’s not likely to happen in McTavish’s adopted hometown of Las Vegas. Smart money says there’s quite a jackpot in the making.  At least where sports gaming is concerned, McTavish is hoping what happens in Vegas doesn’t stay in Vegas.