In the era where the phrase “financial services” conjures up images of shadowy conglomerates, First National Bank is a refreshing reminder that banking can be local and community-minded.

Headquartered in Damariscotta, Maine, First National Bank has been in town since 1864. More than 150 years later, it has 16 branches throughout Maine and over $1.5 billion in assets. Recently, it has undertaken a partnership with a Maine-based nonprofit to fight hunger in the state. 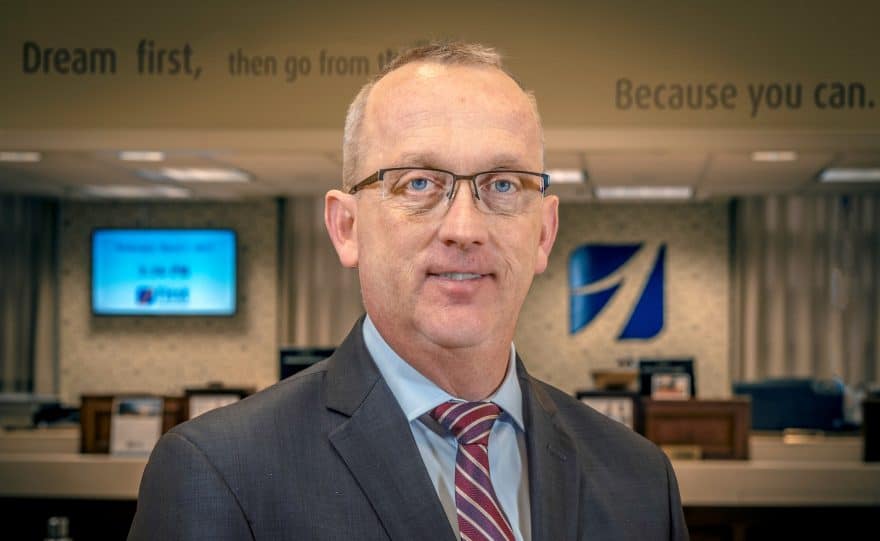 A native of remote Eastport, Maine, McKim says he is a leader who eschews hierarchy in favor of a “flat” and communicative workplace where everyone can pitch their ideas and be heard; an approach he’s adopted after years of coaching youth sports.

McKim says he encourages participation by soliciting feedback from all 220 of his employees—whether by email, phone call or face-to-face chat.

He’s held a series of company wide breakfasts, where employees can voice opinions and use him as a sounding board. Similarly, he holds “management coffees,” where he meets with groups of six to eight employees in various management positions, and encourages them to voice their opinions. 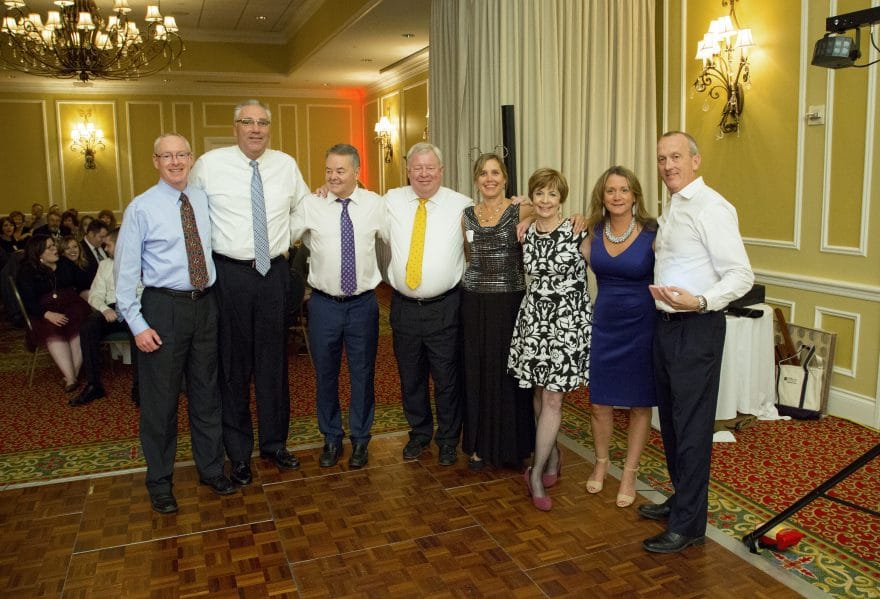 McKim also encourages the executives he manages to lead in a similar manner. Quarterly, he holds coaching sessions with his executive management team and starts every session by asking how he can help them achieve their goals. Then—unusual for a coach—he sits back and listens. McKim says the key to active listening is to be empathetic and think of the conversation from the other person’s perspective.

“I need to remember that our conversation is potentially the most important part of this person’s day,” he says. “I remind myself to sit back, take it in and shut up. You never know when that diamond-in-the-rough idea will come up.”

All hands on deck to fight hunger

McKim recently asked all of the bank’s employees what would be the best local initiative for them to throw their collective resources behind, and the staff decided to help end food insecurity in Maine. Some 16.4 percent of the state’s population struggles with hunger, according to the U.S. Department of Agriculture, making it the most food insecure state in New England and number nine in the country.

To get this effort started, First National Bank recently contacted  Good Shepherd Food Bank, a statewide nonprofit that feeds Mainers by partnering with food pantries. The two organizations are brainstorming ways that First National Bank can join the fight.

In 2016, the bank donated $50,000 to Good Shepherd to support its ongoing capital campaign to renovate a new distribution center in Bangor. McKim says that the partnership is still in its infancy and he looks forward to learning more about food insecurity and how the bank can help throughout its market area.

McKim says the bank is contributing daily to the community, with its positive internal culture that is exported by employees who apply principles of active listening and collaboration in their lives outside of work.

From the bank to the court, always a coach

During his off hours, McKim devotes personal time and funds to community activities, including coaching youth sports and volunteering with March of Dimes, a nonprofit that supports research into preventing premature births and infant mortality, for which he was once an honorary chair of an annual fundraising walk.

McKim is the assistant varsity basketball coach at Mount Desert Island high school and recently won the MVP award from Acadian Youth Sports for his contributions to athletics in that area. The organization went a step further and renamed the award the Tony C. McKim AYS MVP award. 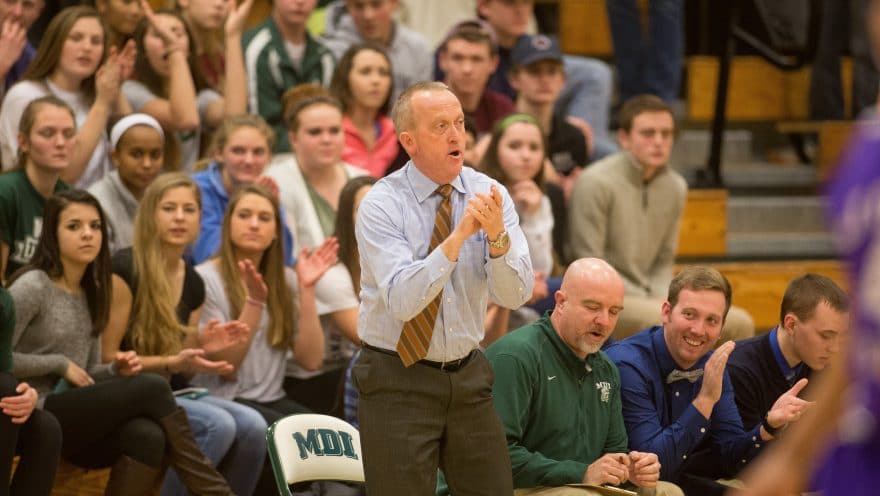 McKim also won the volunteer of the year award from the Maine Bankers Association and the Sports Heroes Award from the radio station 92.9, The Ticket. He is also a founder of Camp Beech Cliff, a day camp on Mount Desert Island.

He says his volunteer work inspires his professional life. “I have always been of a mind that if I can get everyone pulling on the same rope, we’ll be successful.”

Collaboration with employees continues as the bank moves into a new three year strategic plan. To draft that plan, McKim did what he’s always done: get everyone involved. Instead of holing up in his office, he called each and every one of his 220 employees, and spoke with them one-on-one.

“I wanted to hear privately, unabridged and unfiltered what each person thought I needed to have in this plan,” he says.

Employees pitched everything from high-level strategy to simple tweaks. One of McKim’s favorite ideas was to add two new employee awards to the group given out at the annual party—an Unsung Hero Award and a Dedication Award.

“I was blown away by the idea and we’ve already picked our winners,” McKim says.

Of course, he won’t say who they are until the employee party.